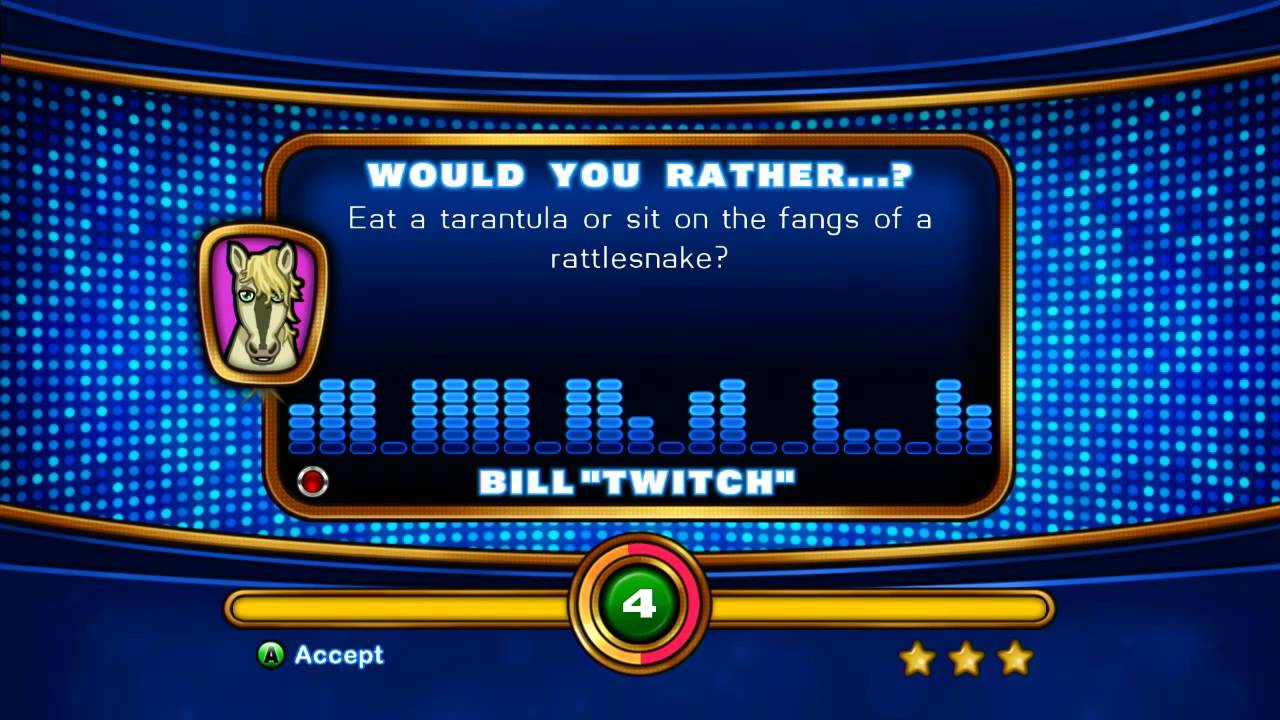 There must be many of you out there who have taken part in a drunken party game or two, whether it was spin the bottle or naked twister! You may remember the possibly hilarious Truth or Dare, where you either tell the truth or take the dare option if you didn’t feel like being honest. If you ever wondered how this might be represented in a gaming format then your luck is in with Truth or Lies, where the dare aspect is replaced with software that is able to tell whether you are speaking the truth or hiding behind a lie!

Up to eight players can find themselves in front of their family and friends attempting to answer the more than 3,000 questions on offer. There is also a ‘Hot Seat’ mode where you get a chance to ask your friends/family the questions you’ve always wanted to ask them. Supposedly the vocal calibration (you need to use the microphone to play) software lets you know whether or not your telling the truth. When playing the game for the first time you need to create a profile where you get to calibrate your voice. You need to answer three questions truthfully and then give incorrect answers to another three questions. 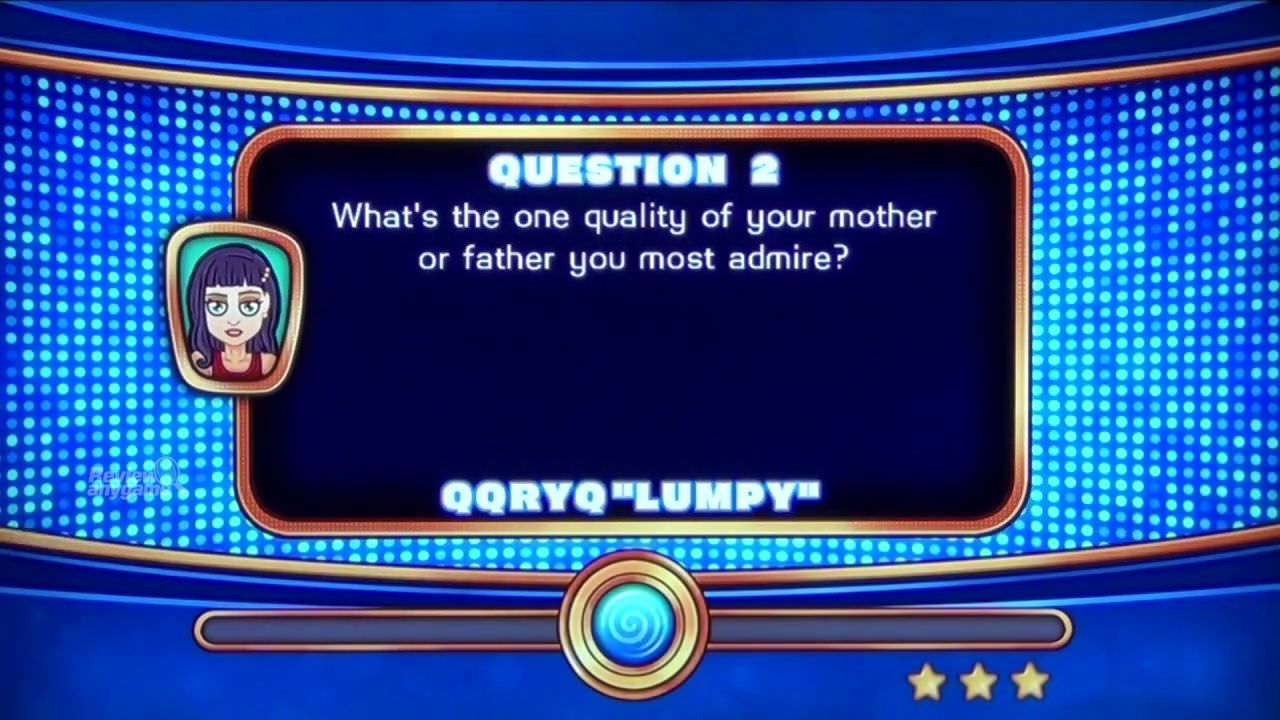 When you enter the main game you have to start talking when you see the word ‘go’. You have to keep on talking until the bar on screen fills up and changes to gold, although you have to make sure to keep your answers concise as you only have 10 seconds of talk time. Your answer is analysed to investigate whether you were telling the truth or a lie. Between 0-1000 points are awarded, the lower the score the bigger the lie and the higher the score then the greater the truth. It’s a slightly perculiar process that does leave you wondering how your truth or lie can be analysed on a points based system, you’d have thought a clear and more simple ‘yes, that’s true’ or ‘no, that’s a lie’ set up would have been used.

There are three rounds to play through that consists of a different genre of question. Round 1 & 3 are questions concerned with your personal life and boundaries whilst Round 2 has you put into situations which pose questions along the lines of ‘Would you rather…’ and ‘I would never…’. At the end the points are added up and the winner is announced. The first thing to point out is that the voice calibration software seems to work at the start but you soon realise that it was just lucky to begin with. You could answer the same question in the same way but you’ll never get the same response. Sometimes it’ll come up as a lie and sometimes it won’t, and the points that are allocated also seem to follow a random set-up. 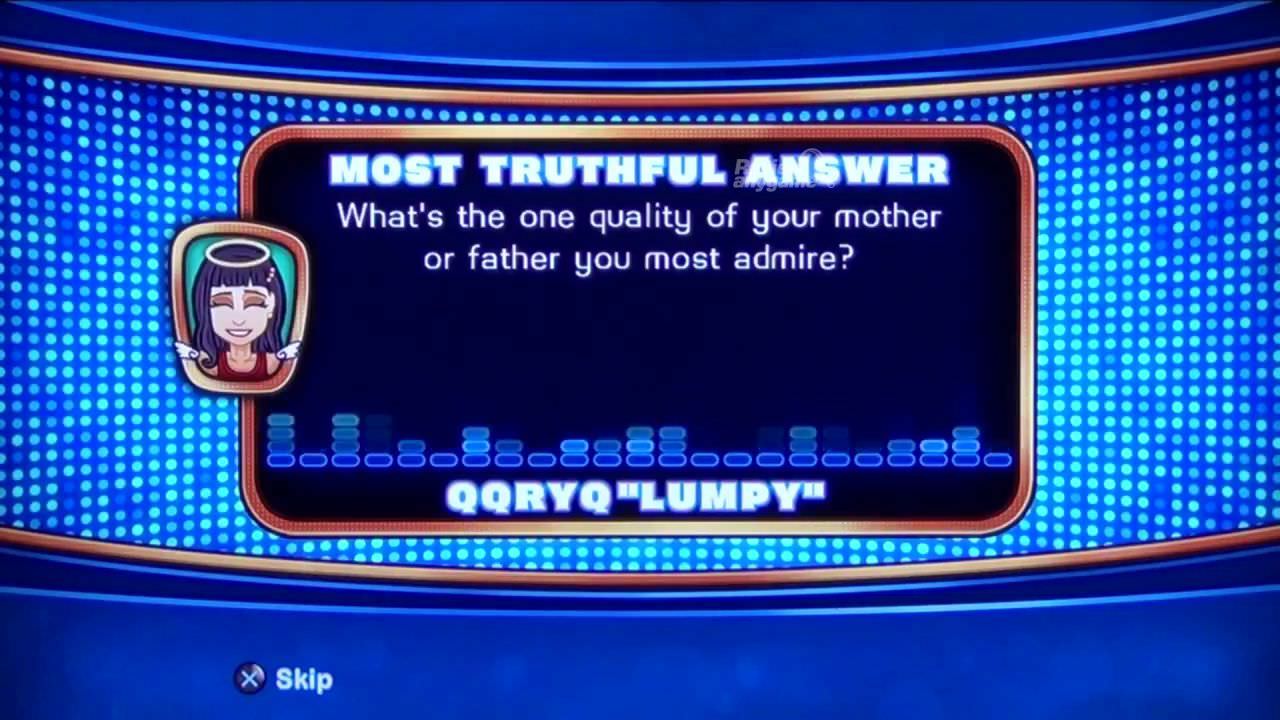 The limited graphics are bright, if no better than average in design, whilst the icons on screen are pleasant to look at for the most part. It’s also quite accessible for the younger player to navigate around. However, the voice over you are treated to is annoying and irritating which becomes even more frustrating when you realise you can’t skip it. At least the microphones have no problems recording your voice, it’s just a shame that there is no point because the analysis is random. It’s very rare for a question to come up twice, which helps to increase the longevity of  Truth or Lies, but some of the questions require you to analyse a picture and give your thoughts, like ‘which person has the silliest face?’. How can that be a question in a game of Truth or Lies? Anyway, it doesn’t matter whoever’s face you say because the software can’t tell the difference between a truth or a lie effectively.

Unfortunately Truth or Lies is one of those games that tries to replicate something simple yet the reason the original concept is so popular is because it is simple. There is no place for Truth or Lies as an enjoyable game because the mechanisms in place to tell you whether you’re lying don’t really work and if that’s meant to be the unique selling point then it’s only fair to be honest about the whole situation and find Truth and Lies guilty for lying about what it can do and also being a very poor game.