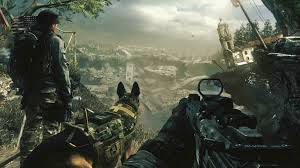 So, Call of Duty: Ghosts is here and it has been met with that bizarre combination of massive sales and huge internet vitriol that accompanies any new Call of Duty release. How can that be? If you went by the overriding opinion of what is found on the internet, surely nobody would be playing this supposedly archaic, boring and poorly designed video game…..but what about those sales? Well, the fact is; as we all know, the vast majority of those flapping their gums on the internet are the same people that go out and buy Call of Duty each and every year. Then there is the matter of those who offer said complaints, while making a loud noise on comment pages and social media and the such, are actually the vocal minority and that the vast majority of those who play the game are too busy enjoying it to bother arguing with those who ‘supposedly’ do not.

Whether people enjoy Call of Duty however is not what I’m here to discuss, I’m here instead to discuss the rather idiotic opinion that Call of Duty is not very good – something that years of consistently high reviews and millions upon millions of active players surely contradicts in the most comprehensive way.

At this point, to say that you don’t like Call of Duty or that it’s simply not for you is  absolutely fine. After all, each opinion is their own, but to say that Call of Duty is flat out ‘rubbish’ or, dare I say, ‘shit’ (many do dare), is, for the most part, absolute nonsense. It’s like saying football is shit. It obviously isn’t. Football is a carefully, well-constructed sport much in the same way that Call of Duty is a beautifully constructed, hugely compelling e-sport. Like football, it may not be for you, but come on, how can so many millions of people be so wrong? If Call of Duty is a fad, it’s certainly a long running one and despite the naysayers and consistent argument that it is on the slide, is still one of the highest grossing games of all time – it must be very high on the most played game series’ of all time. People don’t buy these games, have a quick blast and then move on; people play this the year round, only stopping to begin anew on the latest iteration. Poor games do not hold this many people’s attention for this long. 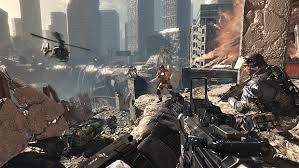 And it’s not just the multiplayer either, the single player campaign, for all its hand holding is often a tour de force in sheer spectacle, delivering more explosive set-pieces than even the most bombastic of Hollywood blockbusters. Again, it might not be for you, but to create such consistently entertaining campaigns is not easily achieved (just ask DICE). For all the imitators out there, when it comes to sheer spectacle (outrageously slick, well-constructed spectacle at that), Call of Duty is king.

So, to get back to my point – Call of Duty is, at the very least, a very, very good video game franchise. Whether it floats your personal boat is completely irrelevant as the fact remains; Call of Duty floats more boats than most. I appreciate that it’s ‘hated on’ largely due to its place at the top of the mountain, but come on, don’t you think it’s time we gave Activision a break. Call of Duty sells millions of copies, is very well made and obviously keeps the vast majority of its customers very happy……if more video games were like that, the industry would surely be a better place.