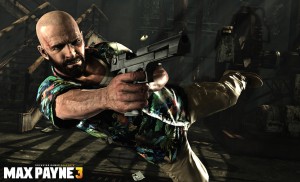 Every now and again you finish a brand new game or a session of FIFA / Call of Duty you have a thought about the games you currently own which you haven’t played or only played a little when you first received them. They sit on a shelf or lie in a box waiting for you to finally give them a proper go. These are the games that for you time left behind, you bought them or received them as gifts and had planned to play them that night only to be persuaded by the gaming gods of FIFA or Call of Duty to give their games another go. However by the time you get round to playing a title which has been out a long time, in some cases superseded by the next game in the series, the amount of people still playing online in a lot of cases has dwindled. But this is where I personally found enjoyment.

For my birthday I was bought Max Payne 3 for the PS3, it had been out a while and I was looking forward to becoming Max Payne once more having played every previous version. For whatever reason it was a few months after my birthday before I finally got round to playing it, I believe FIFA was the addiction at that time stopping me from having time for any other title. Were the 30/40 hours I spent on FIFA worth it hindsight? Yes they were, I won the League Title and a couple of cups and was the best player I knew (amongst my friends). 😉 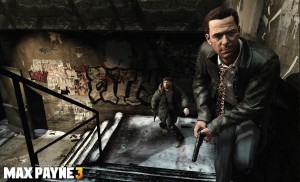 Back to Max Payne 3. I enjoyed the story as I always have, he may not be as popular as Snake but Max Payne is one tough mofo. As I had played through the Max Payne 3 storyline once I had managed to uncover a few trophies and additional online maps to get to grips with. So I thought I’d give online a go. I went on and to my surprise there were still some people online, more than I thought, roughly 12 when I logged on. Unfortunately I wasn’t very good, I hadn’t unlocked nowhere near as many costumes/guns as the rest of my teammates. Whilst they were running around with their maxed out assault rifles there was me still trying to get used to my rubbish handgun. After finishing most of the maps as the worst player kills wise, the players started decreasing as each map was played.

It got to a point where I was on a team which consisted of …….just me against two other randoms, one very good one almost at the same level as me. There were just 3 of us playing. I obviously was getting smashed by the good player but I realised I was getting the better of the poorer player who for this article I’ll call Maxy. When the map ended I considered quitting because there were only 3 of us, then only 2, Maxy and me. I decided against this and thought this could get vaguely interesting.

The map resembled something like a harbour, lots of places to hide especially when there is only 2 of you. I managed to catch a glimpse of Maxy, he was obviously trying to go round the long way and get me. I bided my time, hid behind a container, Maxy jumped down but he wasn’t facing me…….BOOM…..handgun to the back of the head. Superbigmac 1 Maxy 0.

Unfortunately for Maxy he respawned very close to me, he didn’t realise I was below him, as he came down the stairs…….BOOM……shot to the chest and one to the head. Superbigmac 2 Maxy 0.

After another 5 minutes of me hiding between various containers Maxy came at me, he missed…….BOOM……shot to the leg and one to the chest. Superbigmac 3 Maxy 0.

With only a few minutes left I decided to hone my stealth skills, I took a hiding place quite high up. Maxy was taking pot shots at me from afar, however due to the regenerating nature of my character he couldn’t hit me long enough to make it count. The map ended and I had recorded my first victory whooo! Obviously this meant I had to carry on!

This map was within an office, there was no vantage point but after my recent map win I was able to level up and upgrade to a nice shotgun.

There seemed to be a glitch but I as jumped between one room to another I spotted Maxy and aimed a shot at him, I thought I’d hit the wall just in front of me, in fact the shotgun shell had gone through the wall. Superbigmac 1 Maxy 0.

Maxy spent the next 10 minutes chasing me, he was getting close but he ran into one of my grenades. Superbigmac 2 Maxy 0.

Maxy couldn’t get any closer and the map ended. Whoooo 2 wins in a row!

Back to the harbour again. Managed a quick Shotgun to the face early on. Superbigmac 1 Maxy 0.

I spent the next 10 + minutes running away, but then he jumped down from nowhere, riddled me with bullets. Maxy had scored! Superbigmac 1 Maxy 1.

However I respawed close to where he was, shotgun to the back of his legs. Superbigmac 2 Maxy 1.

Only a few seconds left, Maxy has me in his sights……….looks like I’m dead…………..nope timer finished before he got me 🙂

With Maxy getting better I thought I’d try one more time. Back to the office map. I’m running away trying to get a clear shot, oh looks like Maxy is getting better, he takes me out with a long range head shot Superbigmac 0 Maxy 1.

I respawn next to him, looking for an easy kill, nope he drops off some stairs, I fall off after him and there he is……BOOM……Superbigmac 0 Maxy 2.

I’m behind for the first time. It takes me 5 minutes to get my first kill, a lucky grenade that hit a wall I wasn’t aiming for. Superbigmac 1 Maxy 2.

I’m getting anxious now, only 5 minutes left and Maxy is seeking me out, I can’t get a clear shot, then he does……….but he has to reload….BOOM….shotgun to the face. Superbigmac 2 Maxy 2. 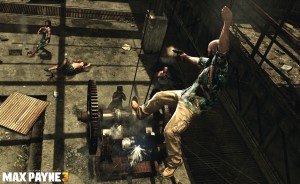 There’s only a minute left Maxy is throwing grenade after grenade into the mixer. But he’s turned around at the wrong time…..BOOM….bullet through the back of the head once more with less than 20 seconds to go. Superbigmac 3 Maxy 2

At this point I decided to retire from Max Payne 3 and it’s online gaming. Maxy sent me a few messages begging for a rematch, he knew he was getting better. I did not reply.

What I thought I’d spend an hour maybe online turned into 5 hours. Did I enjoy it? Yes I beat a random who was only slightly worse than me but as I always say;

You’re only as good as your last game. And I won my last game.