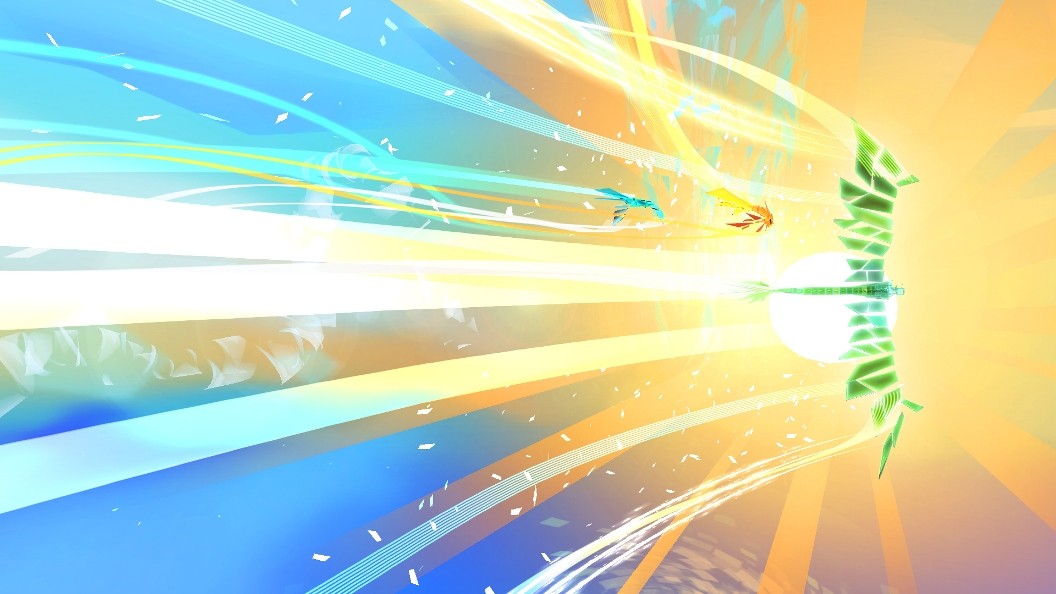 Released free this month for Playstation Plus members, ‘Entwined’ tells the story of a bird and a fish whom have fallen in love and must find a way to be together. Playing through nine levels, or ‘lifetimes’, you guide them simultaneously through the puzzle in order for them to combine at the end of each lifetime and become a magnificent dragon.

The game features a beautiful geometric art style and with the primary contrasting colours of orange and blue and streams of light following the fish and bird characters through each level, PixelOpus have been able to create a visually stimulating and remarkable game with ‘Entwined’.

Although the game is, in the end, quite simplistic and frankly somewhat repetitive with each ‘lifetime’, the art and the soundtrack that accompanies the game make it worth playing alone. It is the type of game that, in my opinion, would mainly be played if I felt I needed to relax. 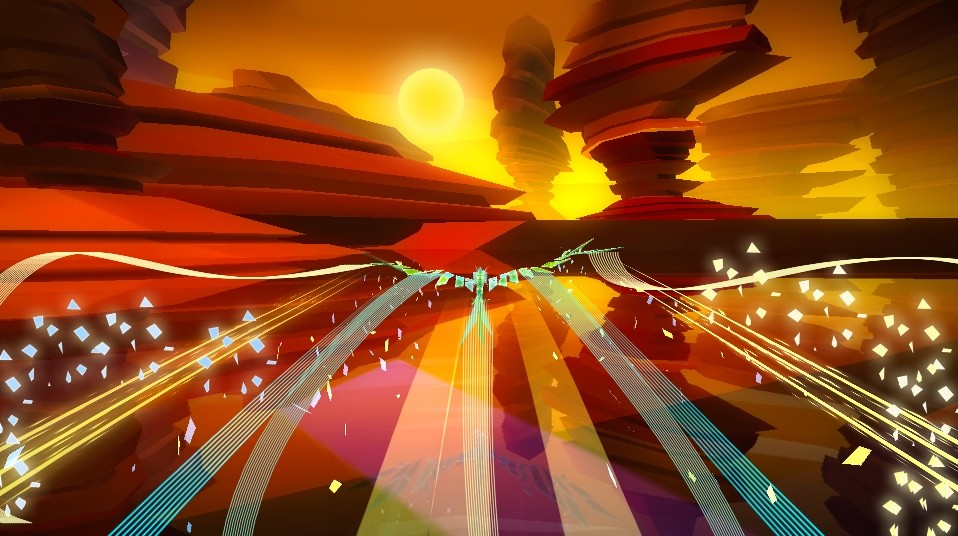 With only nine levels, the game can be quickly completed within a couple of hours – given you’re coordinated enough to not mess up while watching both sides of the screen to control both the bird and the fish with the right and left stick.

Also, if you’re the type of gamer who is interested in collecting trophies, this game has fourteen trophies for you to earn, nine of which come from completing the lifetimes on story mode. The rest can be earned through challenge mode or story mode, and then, like most other games you have probably played there is one for collecting all other trophies.

As mentioned earlier, the game is accompanied by a soundtrack, composed by Sam Marshall, which created an incredibly calm and soothing atmosphere to a game that PixelOpus could have quite easily made into an intense arcade game if they’d wanted to by using different music. The music used is like the music I would probably use if I were trying to motivate myself to write an essay, fall asleep or even write a review of a video game, which I have now decided I am going to do in order to complete this. 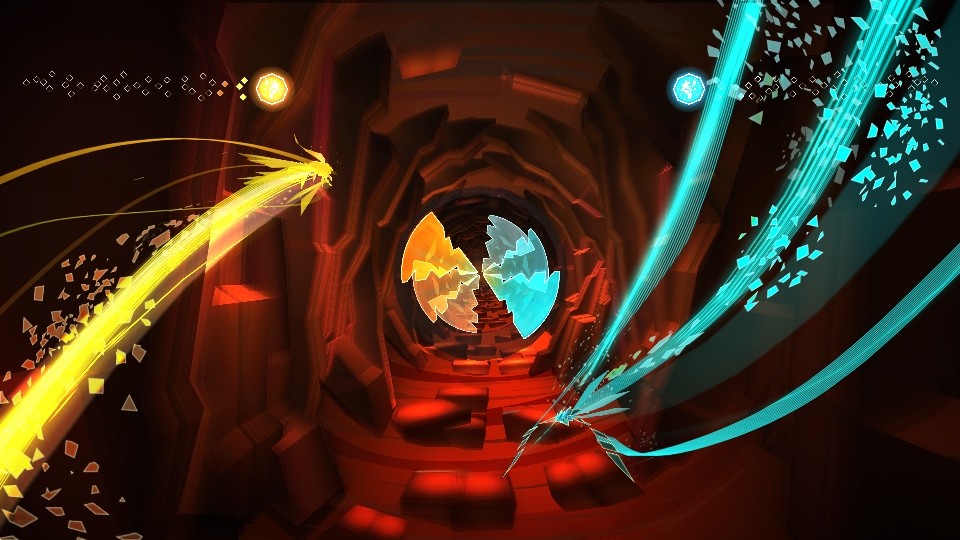 The music is incredibly dynamic, layering instruments gradually as the level progresses, which keeps the game interesting through the unfortunately repetitive lifetimes. To me it seemed like the only things that were different about each lifetimes were the music and the scene that surrounded each level. Of course, you can’t expect all that much variety for an arcade game of this sort, and while I loved the game, the art and basically everything about it, the only thing I do wish is that it had been a little more interesting with the way the lifetimes were played.

When I had downloaded the game and began playing it for the first time, I expected the levels to be laid out differently in each lifetime. Perhaps one as they are in the game then the next as a 2D ‘up and down’ type of level. I’m not too sure what I really wanted honestly, I just expected a little more variation in the game. Of course, I’m not complaining, the game was free and I will definitely play it again.

Although an arcade game like Entwined may not be the most emotionally investing game with the most amazing story line in the Playstation Store, it is certainly worth downloading; especially if you are a Playsation Plus member. The game is free right now, so download it while you can, and sit down and relax for a couple of hours while you guide a fish and a bird through their love story, knowing that sadly, their love life is probably far more interesting than yours.

Entwined is certainly worth downloading so download it while you can, sit down and relax for a couple of hours while you guide a fish and a bird through their love story.