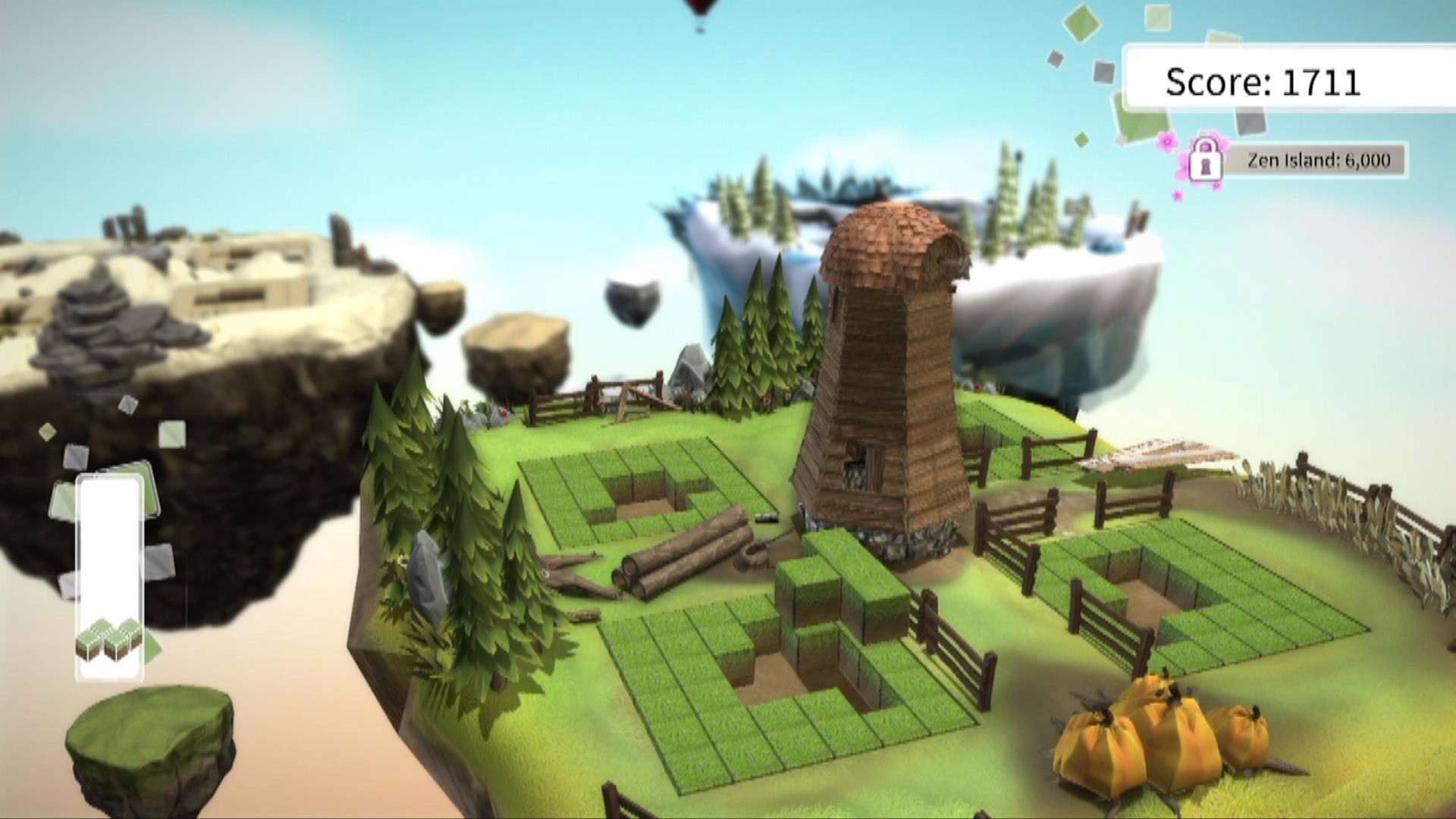 Tetris meets Minecraft in this new puzzle game created by Steel Minions of Sheffield Hallam University. You play through the floating islands of PieceFall rebuilding what were once ancient monuments. With every piece you fit into place, one piece of a structure will be rebuilt; such as buildings and statues. Your aim is to restore harmony to the PieceFall islands one by one, unlocking bonuses and earning stars as you play.

When I turned on this game I had no high expectations, all I knew going in was that it was some sort of 3D Tetris-esque game and let’s be honest, when you hear that a game was created entirely by university students you don’t think it’s going to be the most remarkable game in your library. Of course, I went in with an open mind and I was actually pleasantly surprised.

The graphics were rather impressive and the gameplay, although incredibly repetitive, was calming and generally fun. It’s an interesting twist on a classic game and I liked it, even though it was slightly more frustrating than Tetris. Each block can be flipped every which way and in each corner of every level, there seems to be only one place and position that each block can be placed in, and I found getting the blocks to turn into the correct position far more difficult than I had originally anticipated – although that’s probably due to my own terrible coordination. However, flipping the blocks lots of times can earn players trophies, so I got something out of it and completing each part of the levels quickly can earn bonus points so it encourages fast gameplay (also side note: one trophy is called ‘Front Flip for Style’ for flipping a block at least 12 times. Any Achievement Hunter fans out there can appreciate that fun little reference and I certainly did.) 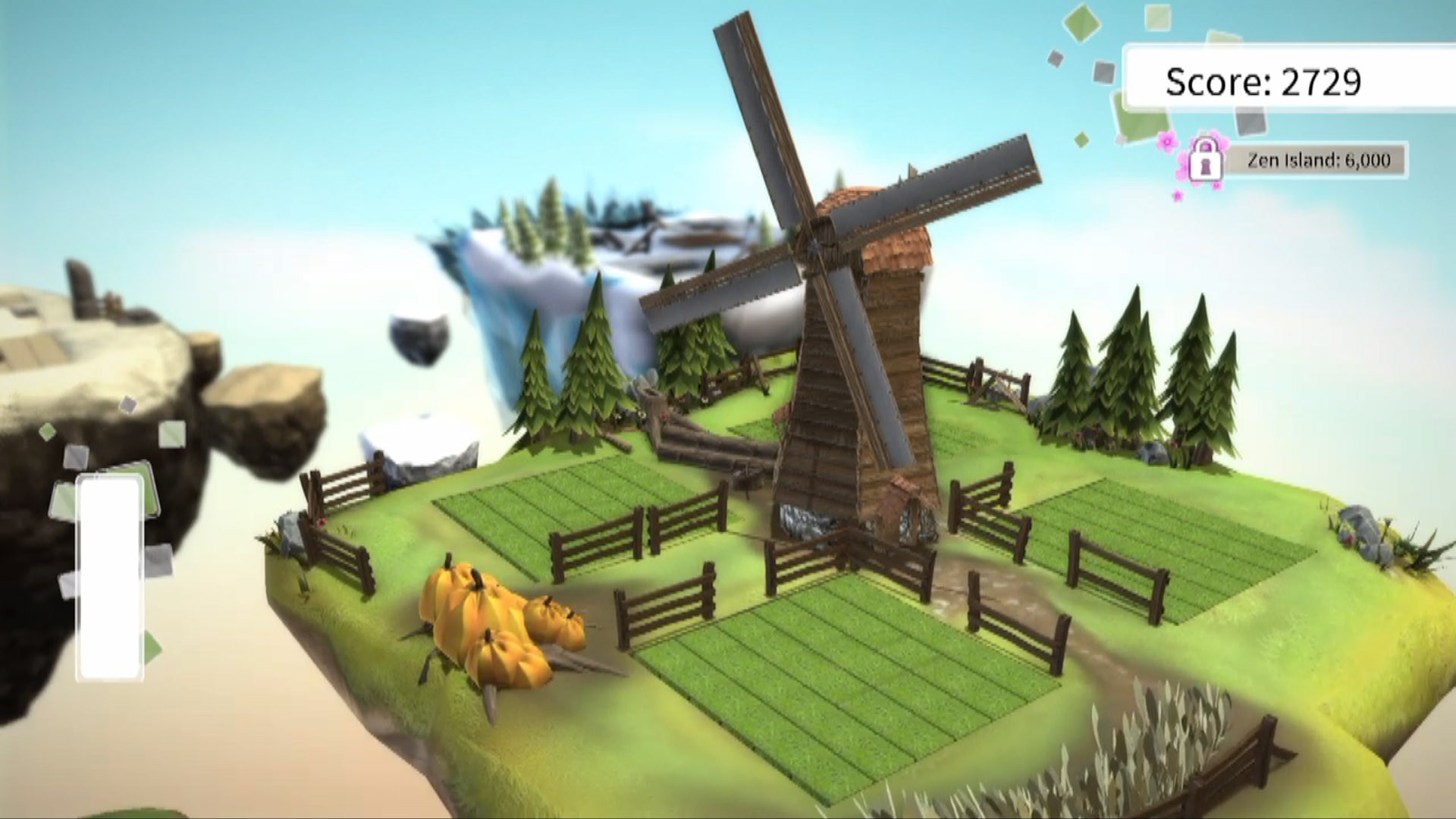 The soundtrack was very calming and I liked playing along with it as the accompaniment, but it was a looped track and after playing the game for a little while I wanted a change that never came. The sound effects were great though and I loved the sound the blocks made when I failed and dropped one in the wrong place, in fact it was so satisfying to hear that it almost made me want to keep failing, just to hear the drop of the block.

I personally found figuring out where the blocks were going to end up slightly annoying. The only way to tell where you were putting your block in the puzzle was by the shadow that was on the ground, and the angle used to play each level made seeing specifically where the block would land challenging. It was easy enough to get the hang of after a couple of blocks, but there were times where I was sitting there thinking “Wait… is that where I want it to be?” before putting the block down and noticing that I’d accidentally placed it wrong. 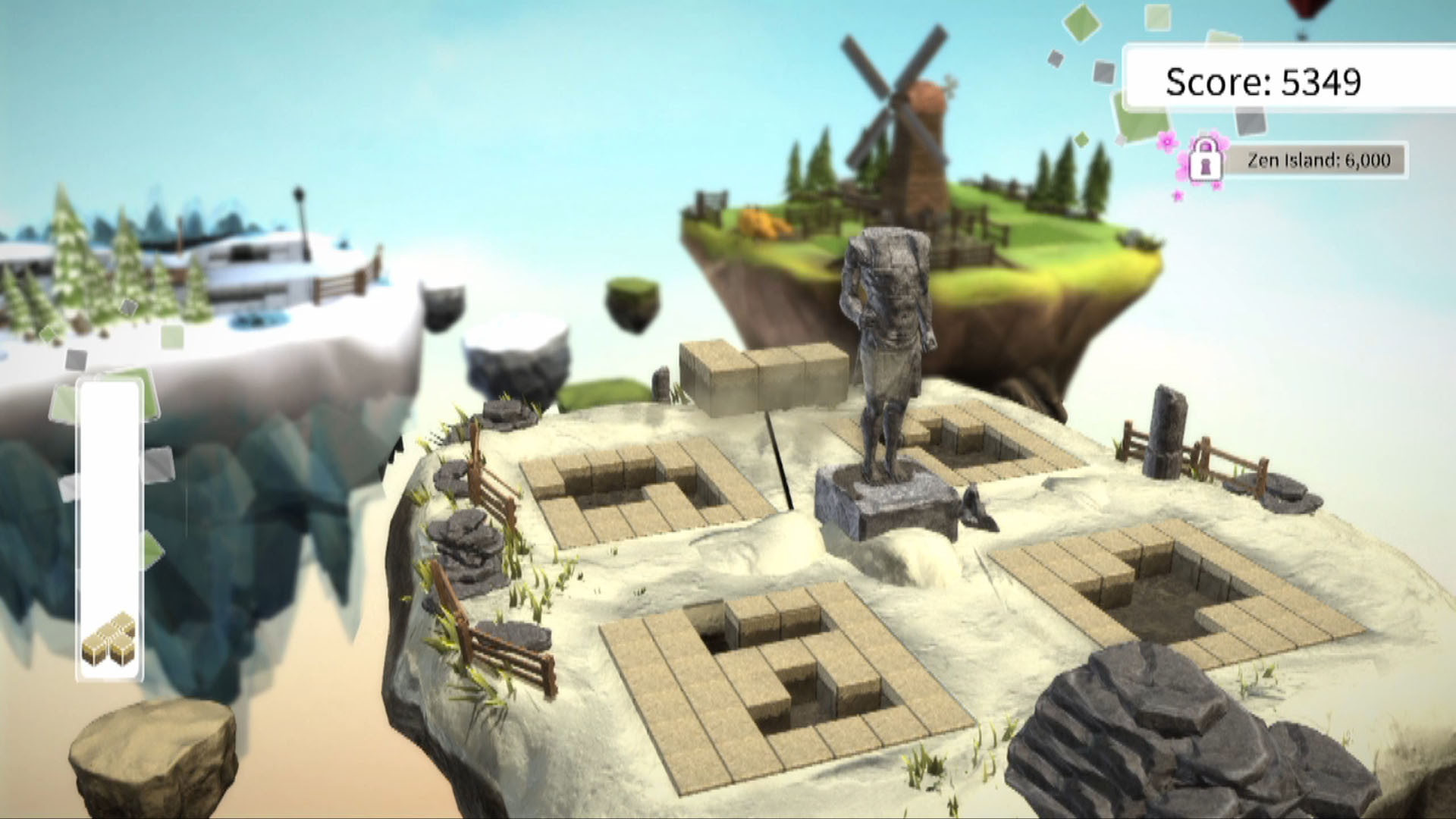 To me, the only thing that seemed different about each level was the structure you were rebuilding and the textures used on the ground and blocks; some made to look like grass blocks, others to look like sand, etc. While this was appropriate with the story that goes with the game, I got bored pretty quickly and was ready to turn the game off after completing the first few islands. I feel that the static camera angle that’s used throughout the game just made it, for lack of a better word, boring. Each level has four sections to complete and instead of the camera moving around to each section, the island itself turns and, although a small detail, I think that if the camera angle itself had moved around instead, it would have made the game just slightly more interesting to watch unfold.

To me, the story of the game was unclear until I took a look at the description in the PlayStation Store, but for a puzzle game of this type, I don’t feel that the story was really needed to enjoy it. Yes, it’s nice to know some backstory, but the therapeutic gameplay of placing blocks correctly into place makes this game worth playing. Would I play it again though? Probably not, it’s something I enjoyed for the first time for a little while, but it’s not something I would want to go back to when there are plenty of puzzle games similar to this.

The therapeutic gameplay of placing blocks correctly into place makes this game worth playing but it’s not something I would want to go back to when there are plenty of puzzle games similar to this.