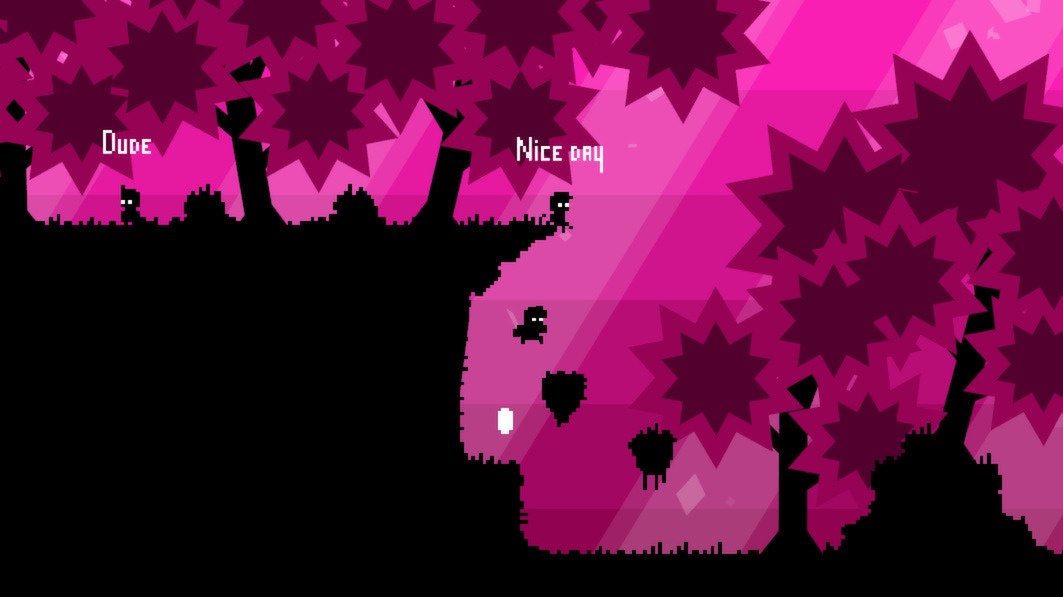 When the human eye begins to find a discrepancy between a few milliseconds, that’s when you notice things have taken a turn towards the hardcore. After playing Electronic Super Joy for about five minutes on my 40” LCD, I felt the refresh time wasn’t responsive enough, so I switched the Wii U’s output to my HDMI monitor. Yeah, then I had the real advantage! One millisecond response time and I’d be tearing shit up! It turned out the only thing I would be tearing up was my hair from its bloody roots.

Electronic Super Joy is a traditional platformer with a striking minimalist 8 bit presentation. Each stage consists of blocky black platforms and cornea piercing backgrounds of pink, blue, red, orange, purple and hell, just about every other colour you could imagine. From the word go, you’ll spend your time navigating through four worlds chock full of merciless stages that are challenging to start with and hard as feckin’ nails by the end-up. Oh, and you won’t be needing a health meter here either because everything obliterates you as soon as you brush pixels it. Touch any enemy great or small? Dead. Missiles? Dead. Lasers? Dead? Edge of the screen? Extra life! Nah just kidding, dead. 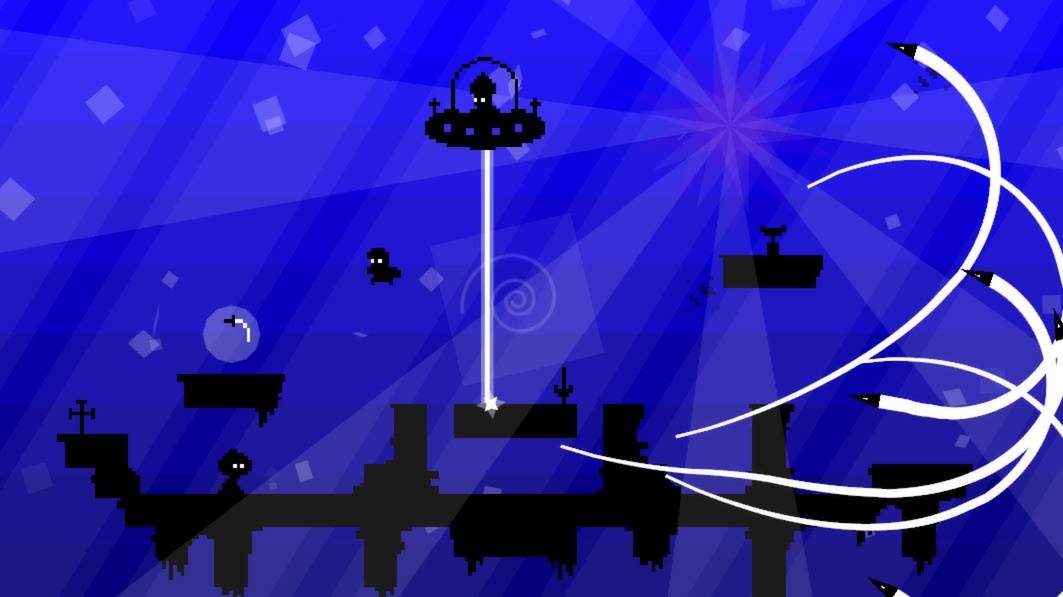 There’s a ton of stages to enjoy and every single one is unique and brilliantly designed. It starts off fairly basic with running here, jumping there and avoiding this and that, but the levels quickly change and start forcing you to use a power-up or technique you’ve just learned, such as the double jump, to reach the portal to the next area. Your adventure (to retrieve your stolen butt, no less) is paced altogether really well, with some stages that scroll in different directions fast enough to motivate you with your own likely demise, and others that are stationary and require a more methodical approach. The seemingly relentless gameplay is also well varied with flying sections, low gravity and downright silly boss battles.

The gameplay is traditional at its core, but the white knuckle pace your forced to work with and the ever-changing geometry makes Electronic Super Joy really stand out when compared to other indie platformers. It can be fiendishly hard in places but I found that the secret is, quite simply, concentration. There were times where I was hopelessly stuck at a boss battle or a laser infested maze, when all I needed was a break from the constant chaos. You die easily and very frequently, but you’ll respawn instantly at one of the many checkpoints throughout each level. This means the frantic gameplay is never noticeably interrupted, so it’s a good idea to just pause, relax and gather yourself for another try. The only thing that really ticked me off though was the inconsistent locations for the checkpoints; sometimes you’ll find a whole bunch in a particularly easy section then in a more difficult area they’ll be few and far between! 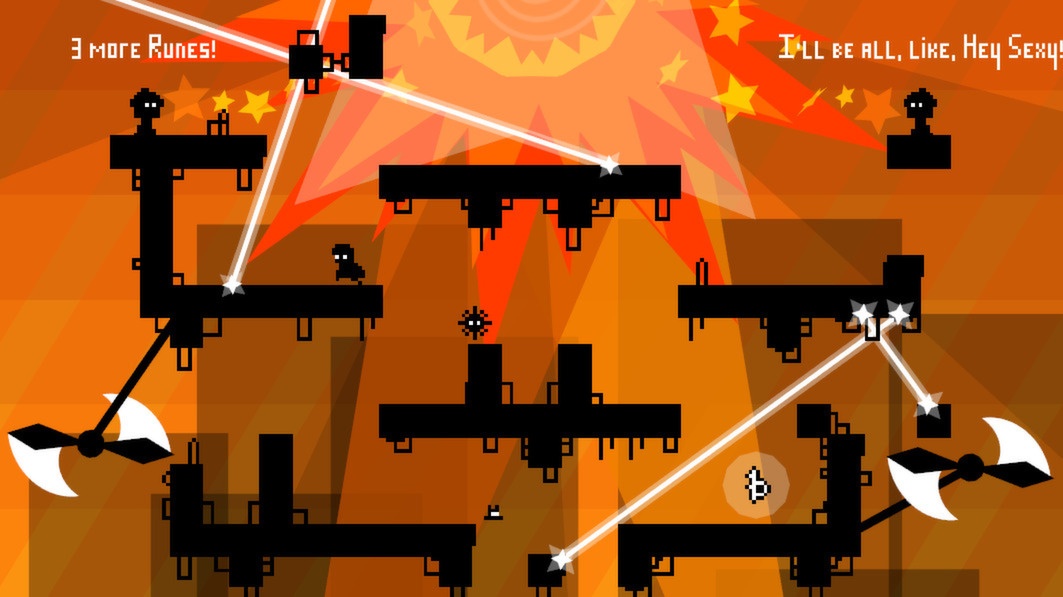 It was originally released on PC in 2013 to widespread acclaim for its high quality platforming action and notoriety for its ruthless difficulty. It’s not entirely fair to chalk the high difficulty up as a flaw, but it could be considered a barrier to the enjoyment within; if you’re not willing to devote yourself entirely to the game, you just won’t experience all it has to offer. Patience is key, and effort… and coffee. Lots of coffee.

Electronic Super Joy has a distinctive visual flair, a healthy dose of indie humour and a particularly awesome electro soundtrack. Yet the best thing about the game is its tight and responsive gameplay. Indie platformers are pumped out like clockwork these days but it’s a real treat when the traditional formula is executed this well. The frustration/enjoyment scale teeters back and forth like a play-park seesaw on drugs, but the fundamental design doesn’t get much more polished than this.

REVIEW CODE: A complimentary Nintendo WiiU code was provided to Bonus Stage for this review. Please send all review code enquiries to press@4gn.co.uk.

Electronic Super Joy has a distinctive visual flair, a healthy dose of indie humour and a particularly awesome electro soundtrack. Yet the best thing about the game is its tight and responsive gameplay.