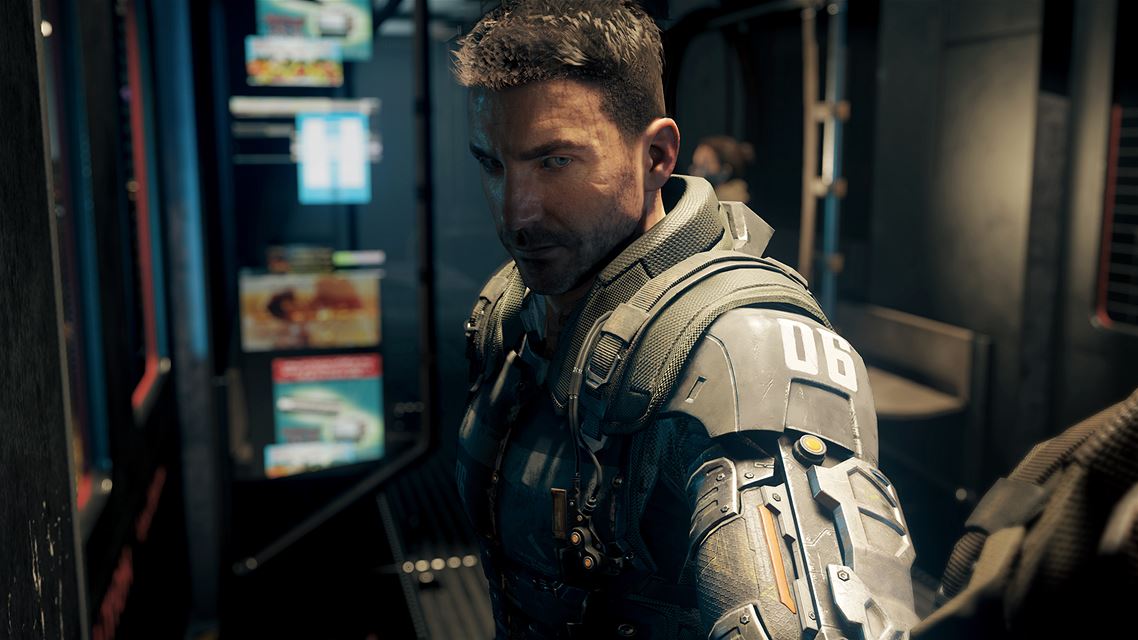 For those who are unaware the Black Ops series follows several secretive Black Ops agents as they are imbued with a number of weapons and abilities whether they be past or future, in order to undertake government ordered missions regarding top-secret enemies. Call of Duty: Black Ops III takes place in 2065, 40 years after the events of Black Ops II and sees players take the role of an augmented Black Ops agent as they traverse the technology dependants plains of the globe, in an attempt to thwart an AI, and liberate its prisoners.

Black Ops 3’s story begins as players are tasked with liberating an enemy dominated missile silo, in an attempt to eliminate an encroaching airborne target. However, the objective swiftly takes a turn for the worst as players are plunged into a near death scenario by an unstable robotic foot soldier, in the midst of an extraction. Following this players are lunged into several simulations in which they are tasked with stopping a secretive organization from eliminating a crucial robotic delivery.

In addition to this, the title sees the debut of several new sound features, allowing players to seamlessly detect nearing foes, or escape an oncoming zombie. However, this new sound quality not only allows players to detect enemies drastically easier, but also allows them to distinguish a range of guns and other weapons throughout the title, imploring players to utilize more stealth tactics and attacks. 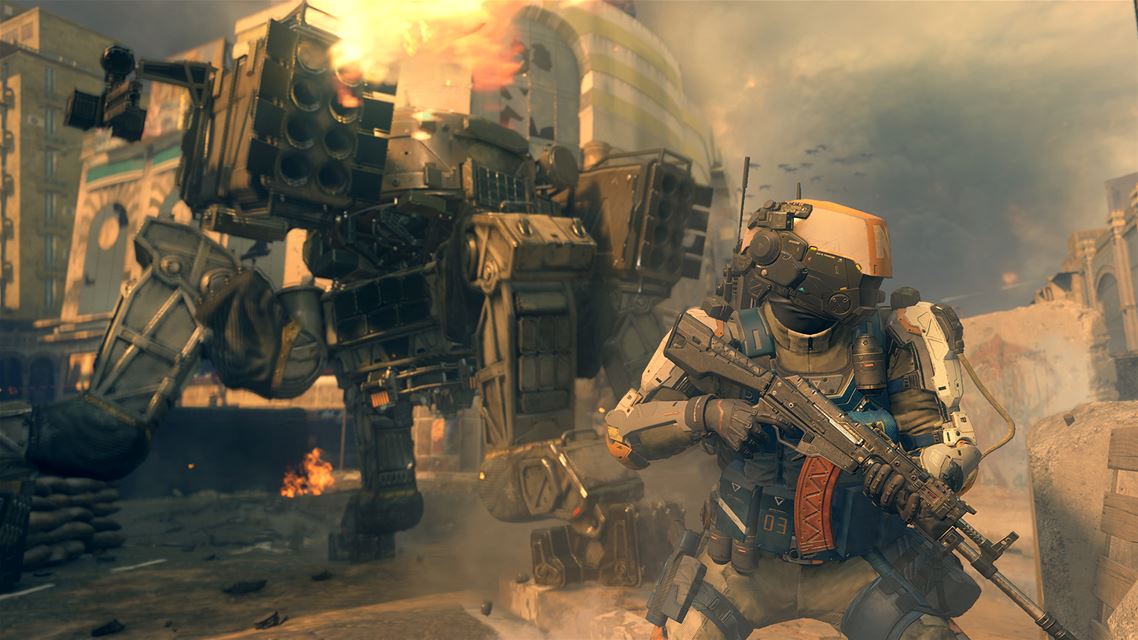 The game also sees the debut of several new enemy types, both human and robot.

Straying from prior titles in the acclaimed Treyarch story arc, Call of Duty: Black Ops III implements a large emphasis on multiple player story missions, as each map and campaign area employ several new features and perks only available to those who delve into the title’s cooperative mode. Unfortunately, this gameplay element is not without its issues as players are constantly subjected to a number of issues ranging from mere damage alterations to often tedious matchmaking sessions.

Unfortunately as with many of other modern FPS titles, Call of Duty: Black Ops III boasts little replay value as players are commonly faced by a number of repetitive and tedious levels and characters as they traverse the title’s campaign. This not only paves the way for little replay value but also causes co-op sessions to grow boring and pointless if elongated.

However, Treyarch has answered fans pleas for a Zombies campaign, with the debut of nightmare mode, in which players take the reigns of a genetically altered and immune soldier, as they traverse the zombie owned streets of the US, in an attempt to retrieve a cure, and eliminate the undead hordes. Not only does this mode allow for a fleshed out zombies storyline, but also hosts an incentive to complete the title’s often exciting campaign as this mode may only be acquired once players reach the culmination of the title’s main story. 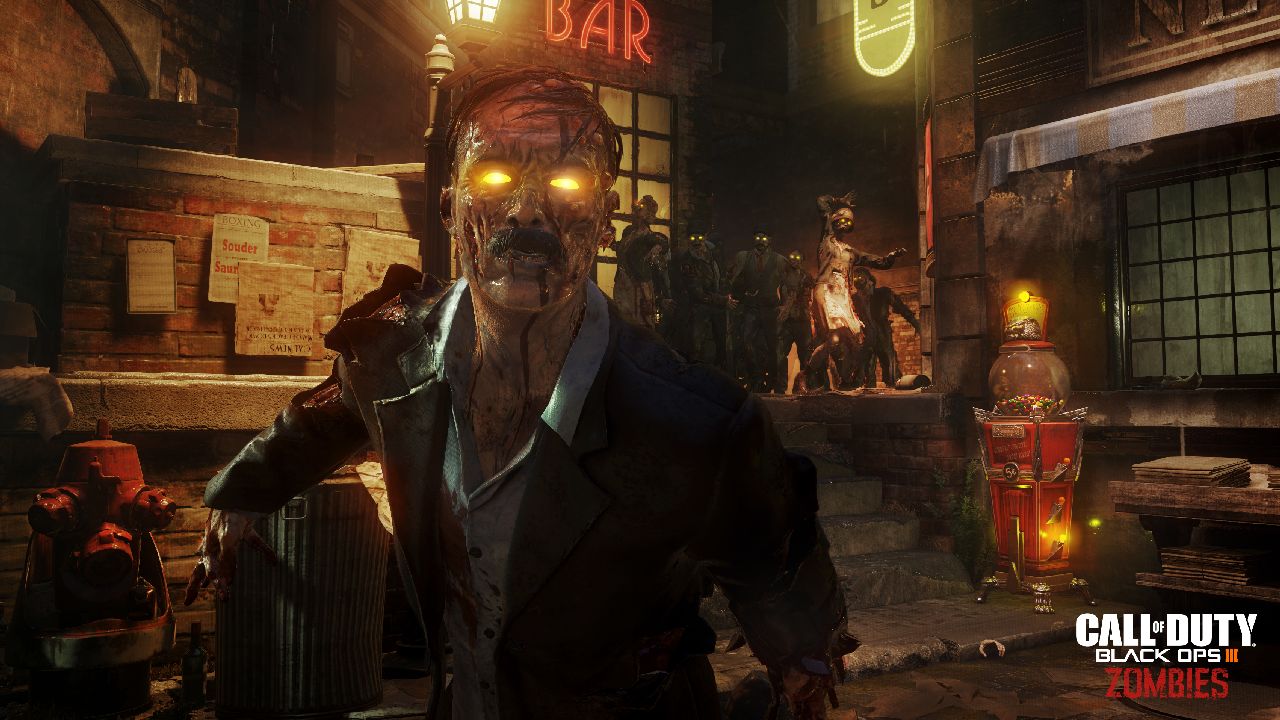 The latest iteration of Zombies mode sees the introduction of a range of new and interesting protagonists.

In addition to this zombies campaign, the title’s classic undead mode yet again surpasses the expectations of fans whilst implementing a drastically larger map than other titles, alongside a myriad of new foes ranging from the fierce Magwa, to the regular zombie. This new enemy diversity and map scale consistently puts a strong emphasis on teamwork as players are often forced to remain with their partners in order to compile ritual elements, or eliminate a map boss.

In order to cater to this new map size Call of Duty: Black Ops III’s graphical status also surpasses that of prior titles in the acclaimed series, allowing far more detailed and spread out levels in both Zombies and campaign as well as more detailed adversaries, ranging from the mere human foot soldier, to a horde of vicious, relentless robotic foes. Not only does this upgraded graphical level allow gamers to more thoroughly assess their target, but also allows for several new traversal options, such as Shadows Of Evil’s suspended tram.

With the introduction of multiplayer specialists no match is the same.

Furthermore the game hosts a long-awaited new movement system which employs a number of double jump oriented boost abilities, allowing players to reach several new locations throughout multiplayer and single player. However, these abilities are not unlimited but rather refuel whilst players are obligated to remain of bellow larger structures, although this does not shackle players to the ground leaving them vulnerable, as they remain able to climb smaller structures and objects in this period of time.

Unfortunately at the moment Call of Duty: Black Ops III’s multiplayer maps possess little diversity, as players are commonly thrown into the same map consecutively rather than entering a new zone. This can easily become tedious as many players take up the same position stripping the game of its multiple route elements.

Finally, the game sees the debut of a compelling new storyline utilizing elements from prior titles in the arc, as well as generating its own dystopian world. This new campaign not only acts as a mere “tutorial” as other titles in the series did, but rather offers up several new plot points and characters that will keep players playing through the story.

Call of Duty: Black Ops III hosts a large range of new and game defining elements, from a compelling new zombie storyline to a fast new movement system, as well as fleshed out new campaign characters and diverse multiplayer specialists, making the title a must buy for both a series veterans, and new players alike.