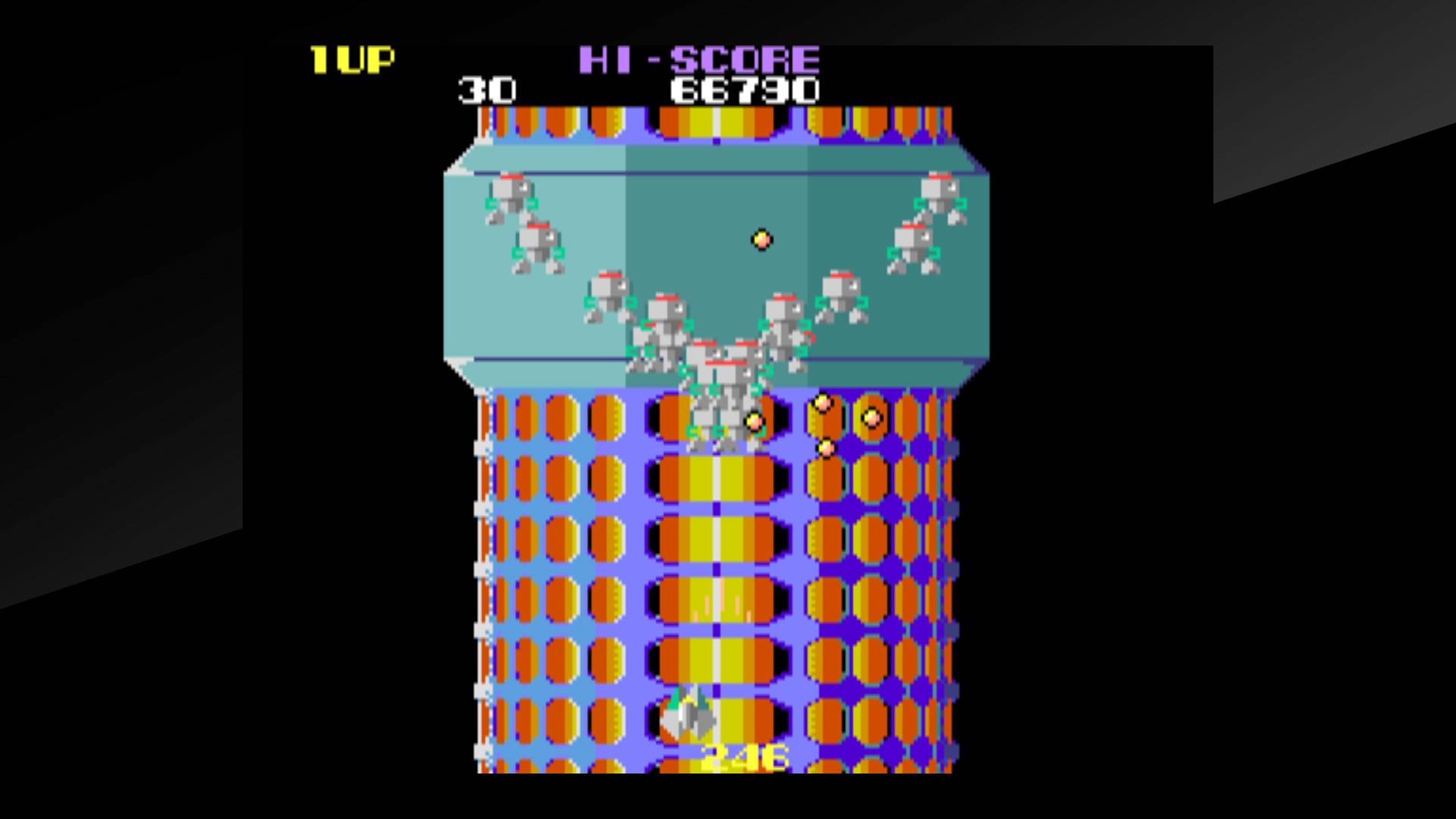 There is obscure and then there is, UPL’s, 1983, Japan only arcade shooter, Nova 2001. It’s rare that you come across a game that doesn’t even have a Wikipedia page, but other than a passing reference on the page of its 1987 sequel, Ark Area, there is absolutely nothing on it….at all. That, as you can imagine, sounded off a few alarm bells in my head – yeah, it might have been Japan only, but if there is nary a mention of it online, can it really be any good? Well, it turns out that, yes, yes it can.

Don’t get me wrong, this is a relatively simplistic and straightforward 80s arcade space shooter, but for a game as long in the tooth as this one, it remains aesthetically pleasing, and more importantly, continues to play extremely well. As ever, only fans of true retro gaming need apply, but for those looking to fill in some of the gaps in their gaming resume, this long-lost arcade shooter from the land of the rising sun is well worth checking out.

Like all of Hamster’s, Arcade Archive releases, the package is painfully basic, and beyond a few minor visual options and the chance to claw your way onto the cripplingly unforgiving online leaderboards (good luck with that), this is essentially a perfect port of the arcade original with absolutely zero in the way of additional bells and whistles. Still, while a little history on this most obscure of titles would have been nice, the fact that Hamster is taking the time to bring these previously unplayable shooters (in the West at least) to a new market is undoubtedly commendable, and while not all of Hamster’s recent output has been worthy of a second chance, Nova 2001 represents a fine example of a very enjoyable video game that has essentially been saved from total obscurity. 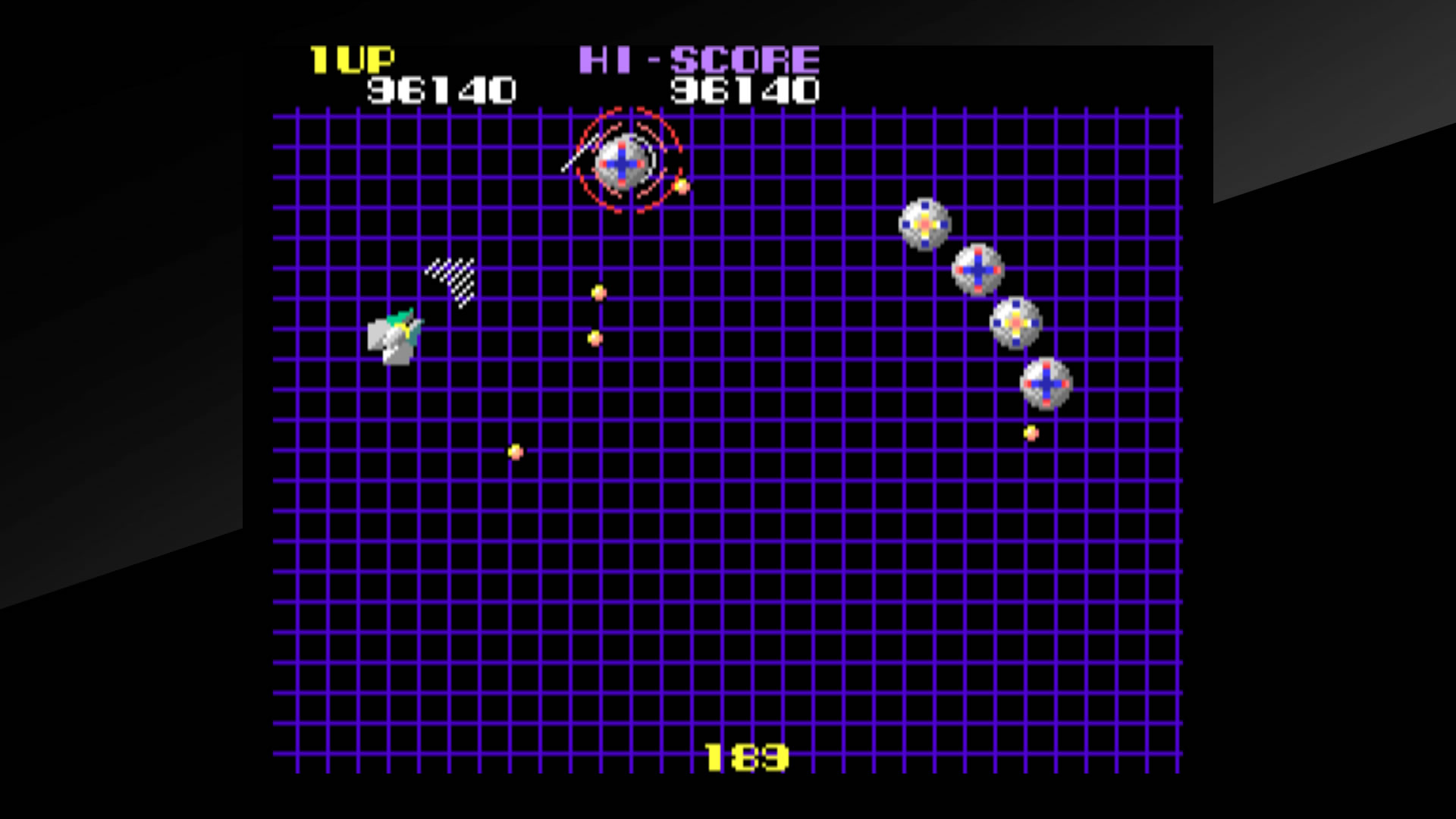 Playing through a number of fixed screen stages, the aim is to destroy the numerous enemy ships that are attacking you from all angles while attempting to pick up the bonus points that they leave behind upon death. It’s a simple set-up, but one that has clearly inspired many of today’s more successful twin stick shooters. It might not have the visual flair of a Geometry Wars, but you can see Nova2001’s influence all over Bizarre Creations exemplary psychedelic shooter.

While this isn’t a twin stick shooter per se, the ability to lock your ship in place with the, ‘X’ button essentially works in the same way, and while that ability might seem quite antiquated in 2015, thanks to second stick aim control becoming the industry standard, it feels surprisingly fresh here despite the game being over 30 years old. Beyond that, it’s a simple matter of taking out everything on-screen before moving on to the next increasingly difficult stage.

The backgrounds do change, but while their faux 3D design may have been impressive back in 1983, they certainly aren’t much to look at today. Similarly, the enemies, while totally adequate, are hardly beset with the most memorable art design of all time. Simply put, the audio / visual design isn’t all that exciting, but then, it’s far from offensive too. It’s just kind of, well, there. 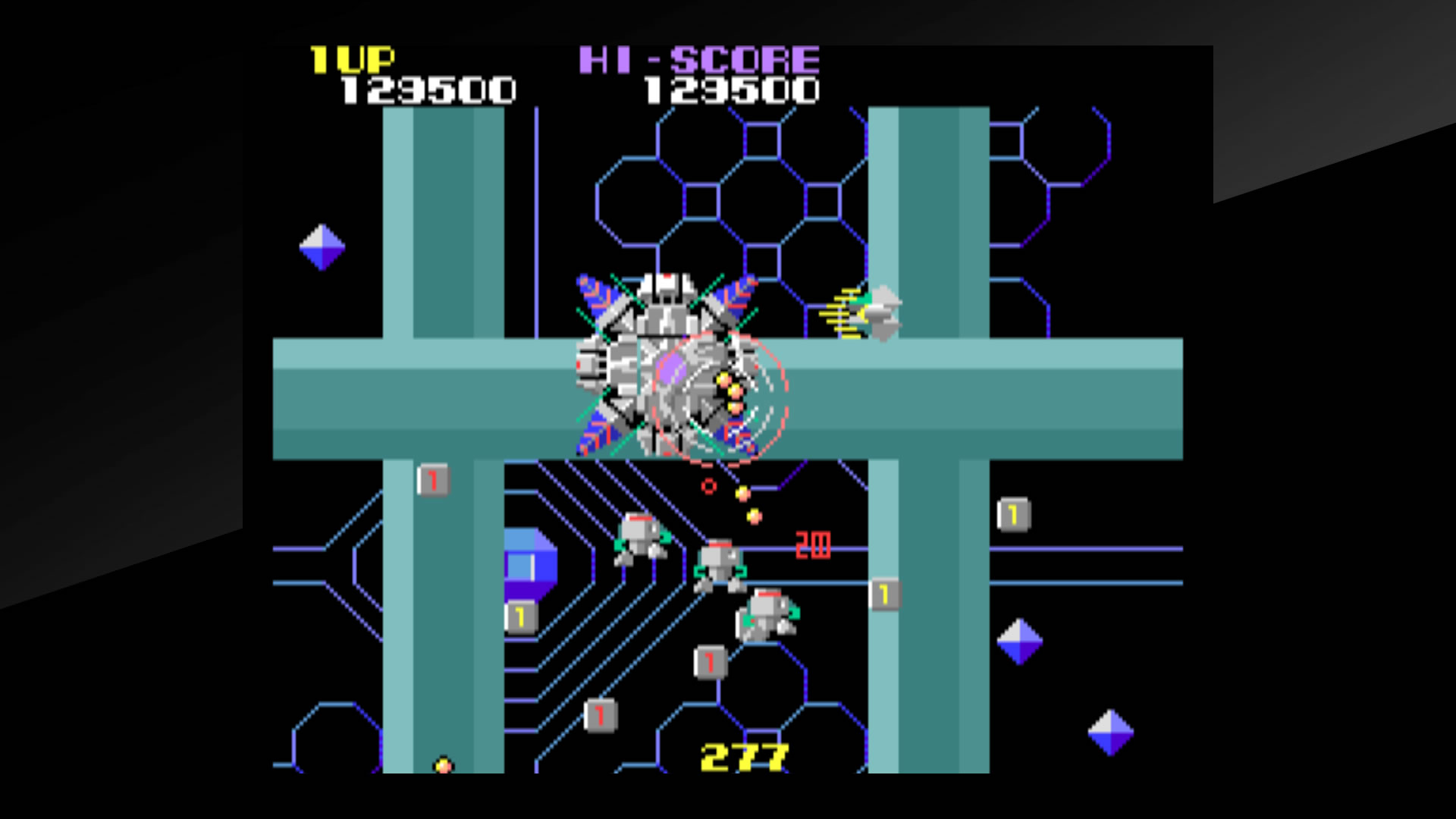 Still, it’s the gameplay that matters most, and it’s here where Nova 2001 is at its best. It doesn’t do anything particularly groundbreaking, but the controls are slick and the constant chase for a new high score proves both compelling and highly addictive. The giant ‘boss’ ship that randomly shows up during stages also adds a twist to the core design while offering up a very solid challenge for those looking to push anywhere near those brutal online leaderboards. These impromptu boss battle might not change-up the mechanics, but surviving them is a huge challenge unto itself, and knowing that it can show up at any time adds a unique sense of anticipation to an otherwise relatively straightforward shooter.

The high price point of Hamster’s Arcade Archive releases remains an issue, but for those looking to experience a very entertaining and extremely obscure piece of gaming history, UPL’s, Nova 2001 is well worth checking out. It will feel instantly familiar to anyone who has played, Geometry Wars, but with its pleasingly old school visuals and brilliantly impromptu boss battles, it still feels like its own beast over 30 years since its original release.