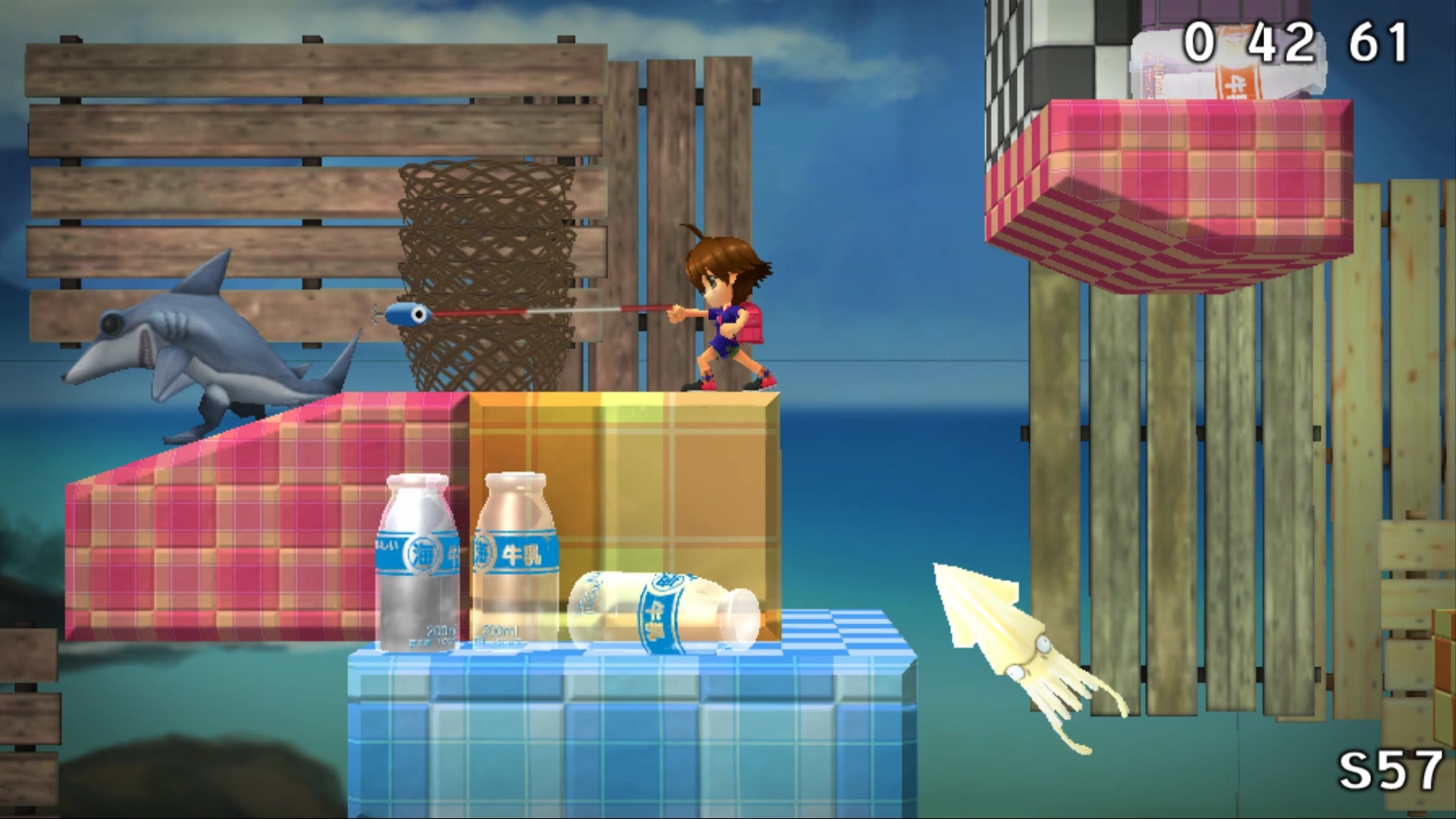 When you think of two-dimensional platform games, what probably comes to mind are Italian plumbers bouncing off turtles, or a little blue bloke with a cannon on his left arm. Chances are you don’t immediately think of a 19 year old Japanese girl taking down mutant sea creatures with a fishing rod.  If you were Japanese that might be different – the first Umihara Kawase was released in 1994 for the Super Famicom, and had several sequels on different platforms. Sayonara Umihara Kawase, a 2013 title for the Nintendo 3DS, has now been released on the PC for those who didn’t own Nintendo’s Handheld system. This is the first Umihara Kawase game to see a release in the west, albeit only as a digital copy and not a physical release. Still, we should be grateful to see such a unique and fun game getting released over here at all!

The aim of each stage isn’t merely to complete the level, but also to collect Kawase’s backpacks which are scattered about. Often the challenge is not so much working out where they are than mastering the technique of obtaining them. Although it can be annoying repeating the same level seemingly hundreds of times to obtain a backpack just out of reach, it is also oddly compelling: you’ll find yourself spending hours trying to get one craftily placed backpack without quite knowing why I hadn’t given up and thrown the PC it out the window, as I would have done facing the same challenge in other games. 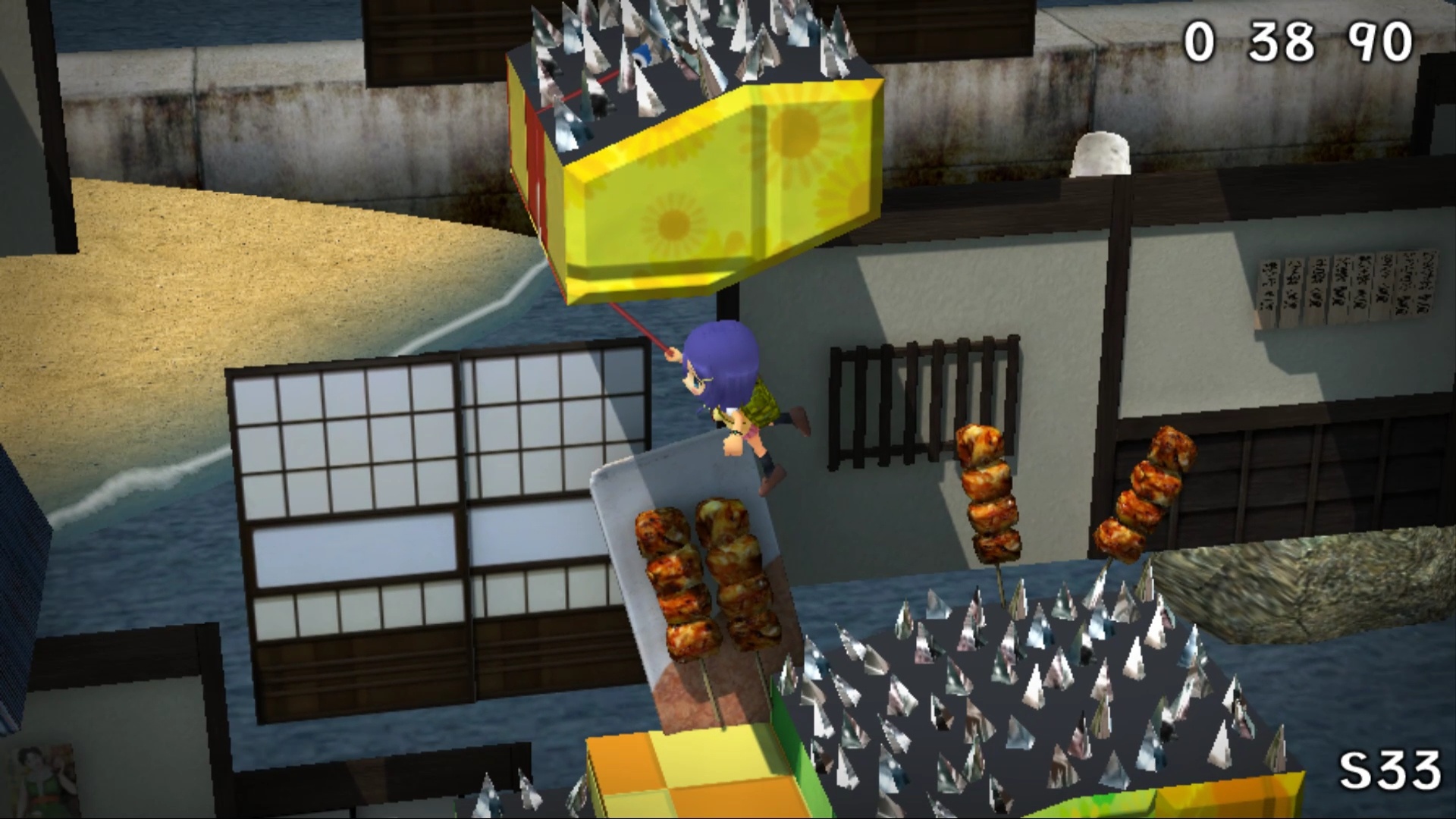 Now, what could either be seen as the main appeal or drawback of this game is its difficulty. It is VERY hard to control – you’ll want to shoot your fishing line in one direction but end up shooting it the opposite way, and will subsequently fall into the sea below (presumably to be eaten by angry sea creatures seeking revenge for their legged cousins). You will at times want to reach into your monitor and throttle little Kawase for her incompetence. Eventually though you do get the knack, and it’s worth the effort for the unbridled joy you feel when expertly swinging from platform to platform.

There are a good range of options. One that is particularly welcome is the ability to change your control scheme. This is very useful as this is the type of game that benefits from a personalised style – after trying the two provided control schemes (Standard and Classic) I ended up opting for a custom button assignment. Some experimentation will be required for each player to work out what’s best for them; some will undoubtedly prefer to just stick with the default. 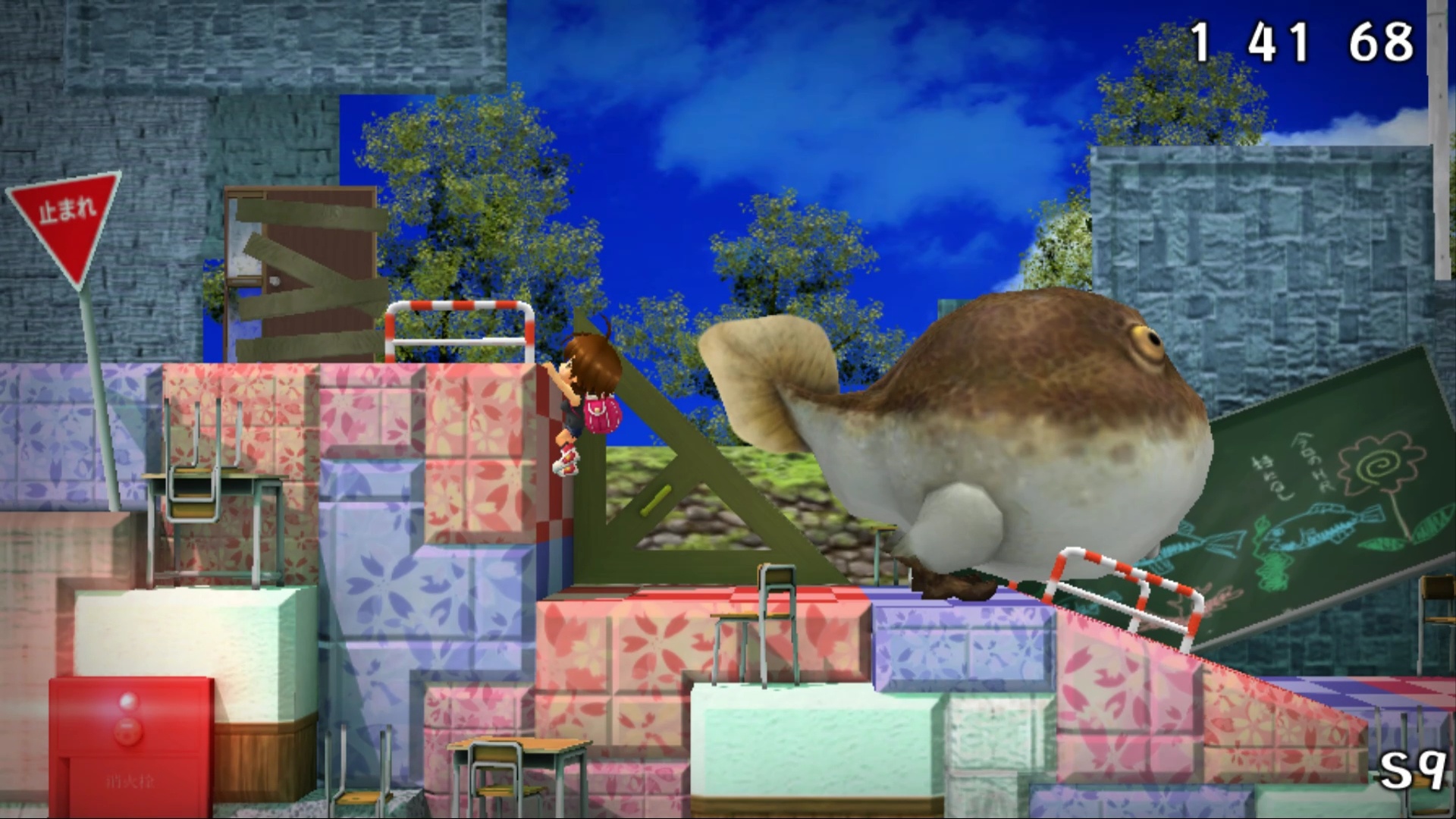 Something that is sure to put off many gamers is the relatively high price point – currently £10.99 on Steam. The reason for this high price is that Sayonara Umihara Kawase was a full retail release in Japan, but as a result you’ll need to be sure it’s worth it before you take the plunge. Still, if you’re looking for something to sink your time into mastering, and which provides a real sense of achievement after completing each level, Sayonara Umihara Kawase is worth your money. Its high challenge and weird atmosphere make for a very fun, though occasionally frustrating, gaming experience.