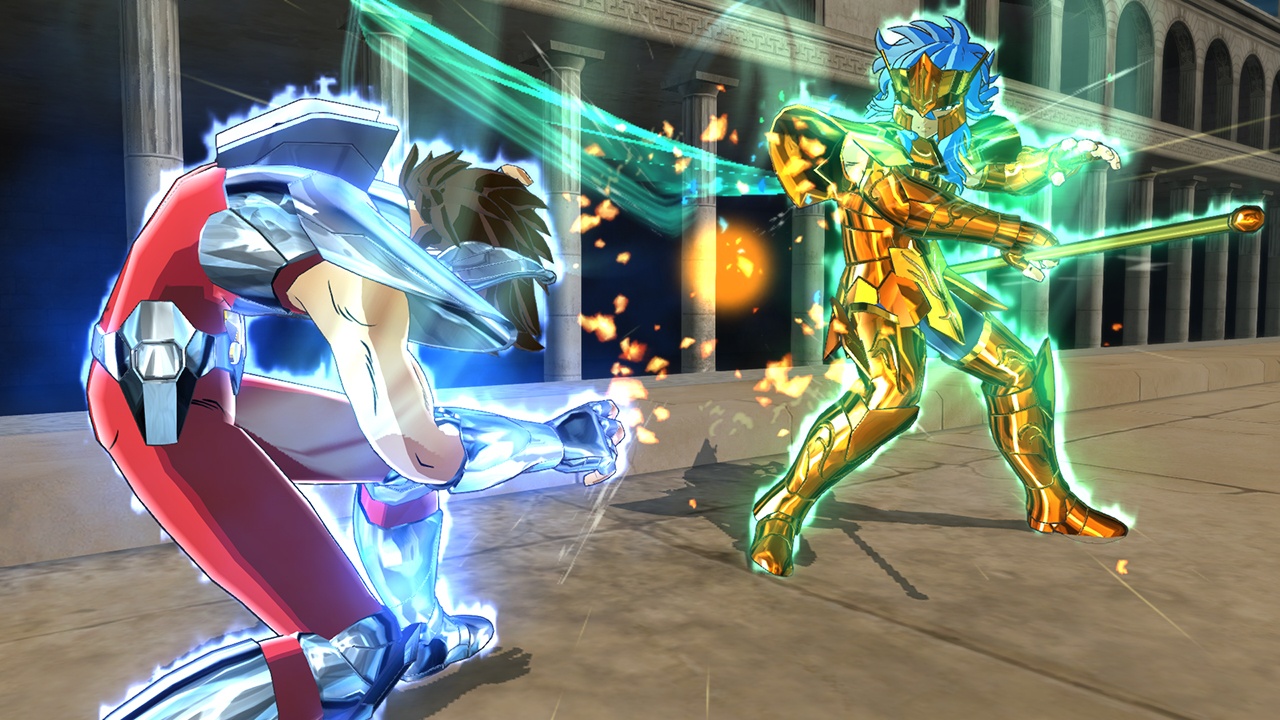 I’ve always been a fan of 3D multi-level fighting games much like the Dragon Ball Z console games, and thankfully this game didn’t sour my taste of the genre. Saint Seiya: Soldiers’ Soul is a fighting game based off of the anime Saint Seiya. The series had a run of 5 years and has a number of feature films, so it makes sense that there are fans of the series who would be more than happy to spend their cash on this glorious game. Saint Seiya has had many games before, but this is the only one I’ve seen and or played. I feel like this instalment can be open to all, fans or not, as despite my lack of knowledge I still feel I was able to enjoy the game to a large extent.

Saint Seiya: Soldiers’ Soul plays like Dragon Ball Xenoverse or the other 3D DBZ fighting games in a lot of ways. You can jump and hover in the air which allows you to battle on a different levels to utilize different types of attacks. You can also throw mini projectiles which to me screamed Dragon Ball Z. Don’t get me wrong, this is a great thing. This game does this very well, and the style doesn’t feel copy and pasted to a low quality. Soldiers’ Soul managed to make this 3D fighting style its own, which seemed to flow perfectly during heated battles. 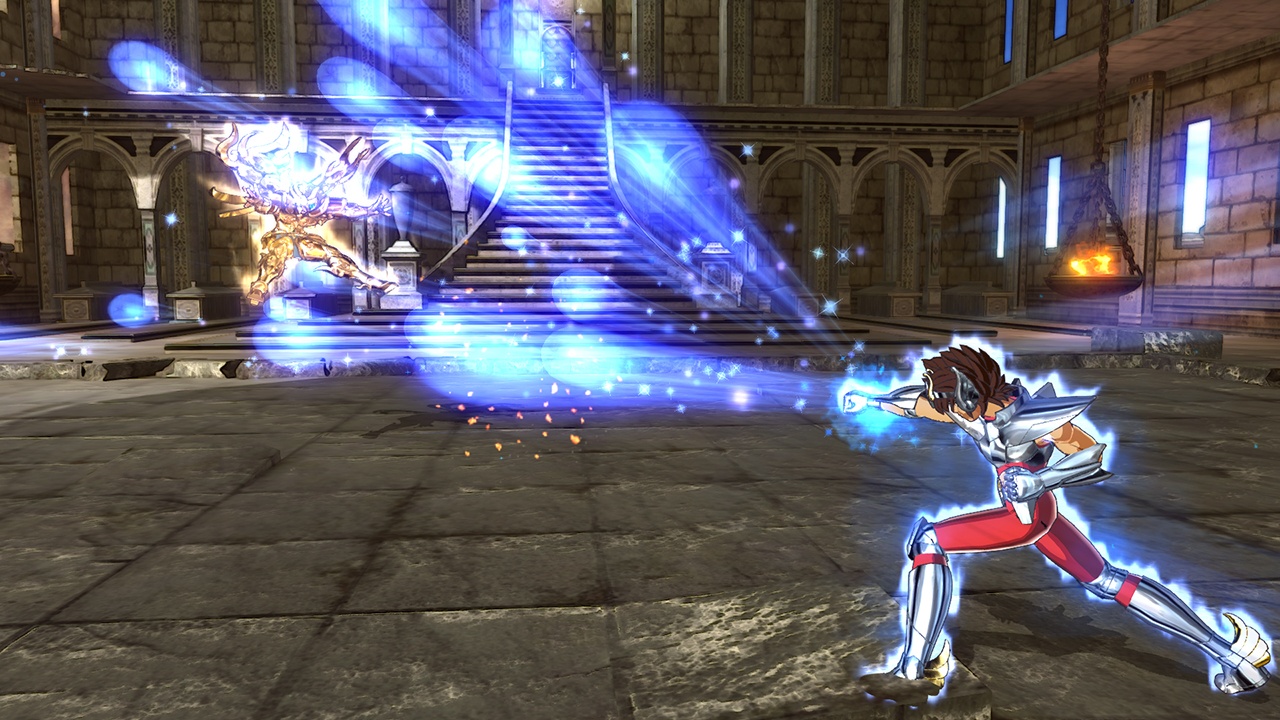 The story offers those unfamiliar to the series an experience that’ll still make sense to them. Meaning the game is open to practically everyone. You have the option to choose which order you do the story in. There are four chapters to select, and can be selected in any order. I thought this feature was really good as it meant you could start different chapters at the same time if you wanted a change of story path.

One feature I absolutely love about Saint Seiya: Soldiers’ Soul is the huge character roster, and not only this, but the fact you have to unlock them all to play them. I like the idea of unlocking characters as it forces you to play the story to unlock them, as well as giving you some background on the character you can now play as. There is also a range of characters all shapes and sizes, honestly, some of the characters are huge compared to others. 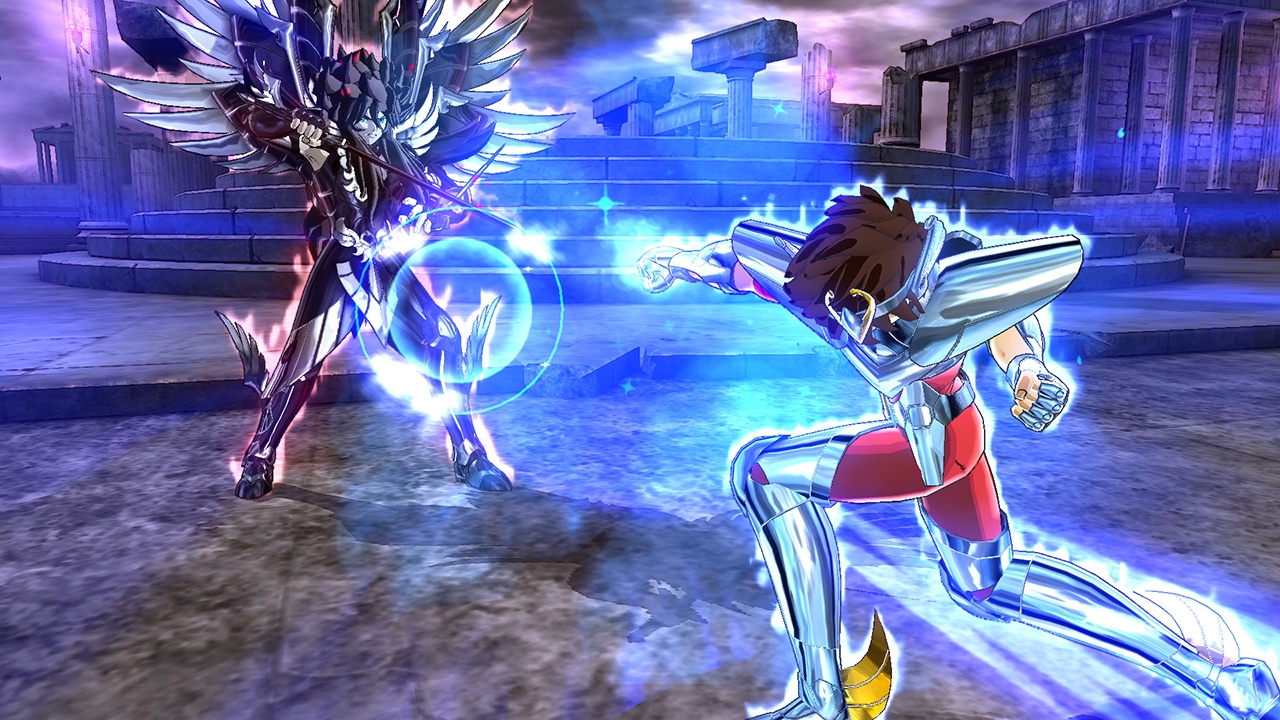 Have no fear, the characters being different sizes doesn’t correlate to an unfair battle match up. Bigger fighters, despite having the edge in terms of strength, are also very slow. Every character has a strength and a weakness so all matches are fair, and as far as I’ve seen there are no “OP” characters. Another positive feature of the characters is the design, the animation quality does not suffer with the switch from the anime to a game. All characters and stages look amazing, which stops them from becoming tiresome to look at over and over again.

Overall I believe Saint Seiya: Soldiers’ Soul deserves a 9 out of 10. For a 3D fighting game there’s not much I can fault about it. The story and gameplay are both equally impressive, and the plethora of characters is astounding. To some £40 may seem a bit steep for this game, but the moment it goes down in price I’d recommend buying it; assuming you’re a fighting game fan. Even if you’ve never heard of Saint Seiya, still give it a go at least. This game is entertaining, and has so much to it that you’d have to spend hours unlocking everything. I thoroughly enjoyed, and still am enjoying, Saint Seiya: Soldiers’ Soul.