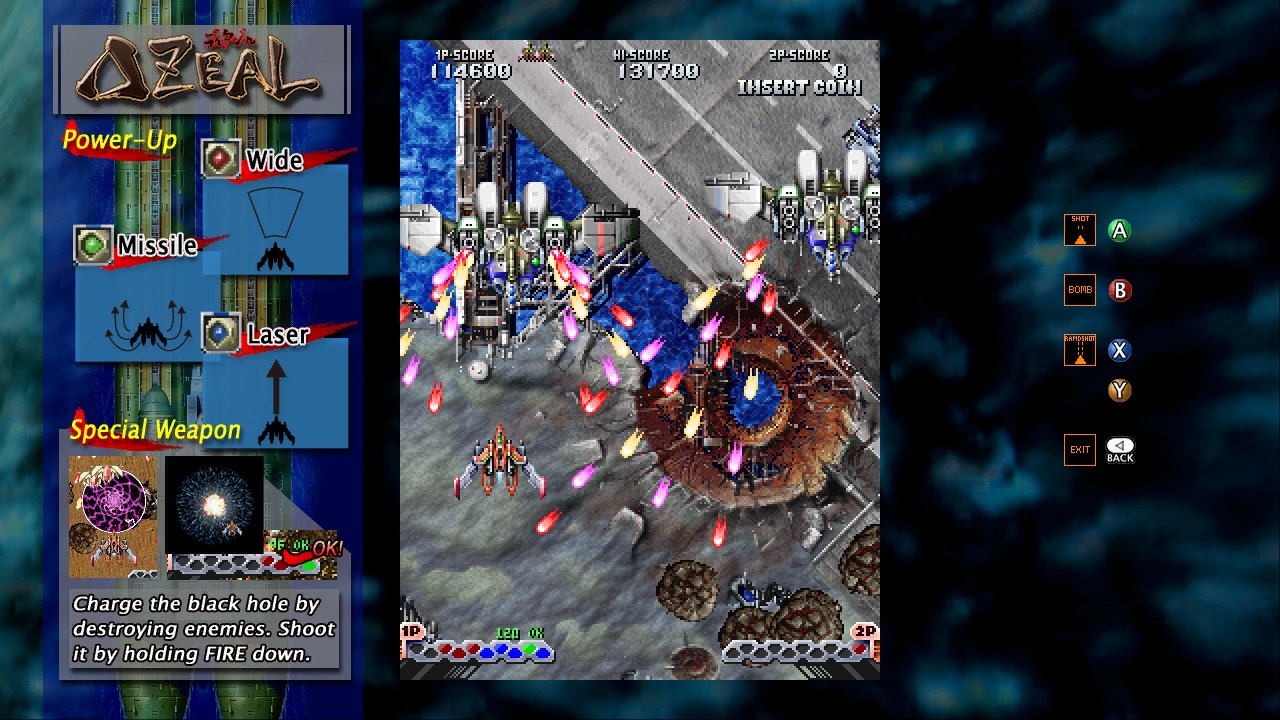 DeltaZeal is a vertically scrolling arcade shoot-em up that can stand with some of the greats of the genre, albeit just a few paces behind. It was originally released in 2002 in the arcades, but Triangle Services have managed to get the game released on Steam to reap the recognition it deserves. And rightly so, for there’s much to love about this underappreciated gem and while it’s not quite on par with some other shooter heavyweights, there’s just enough on offer here to make the game stand out as a worthy purchase.

There’s not much of an intro to illustrate the on-screen carnage, but that’s okay, because all you need to know is that everything must die. You control a badass looking fighter jet armed to the teeth with machineguns, missiles and a laser, all of which can be upgraded by collecting orbs of corresponding colours; Red orbs upgrade the spread on your machineguns, green ones upgrade how many homing missiles you can fire and the blue’s upgrade your laser power. The catch that gives DeltaZeal its own feel is that all the weapons are fired simultaneously, filling the screen with a kaleidoscope of colourful death for your enemies. 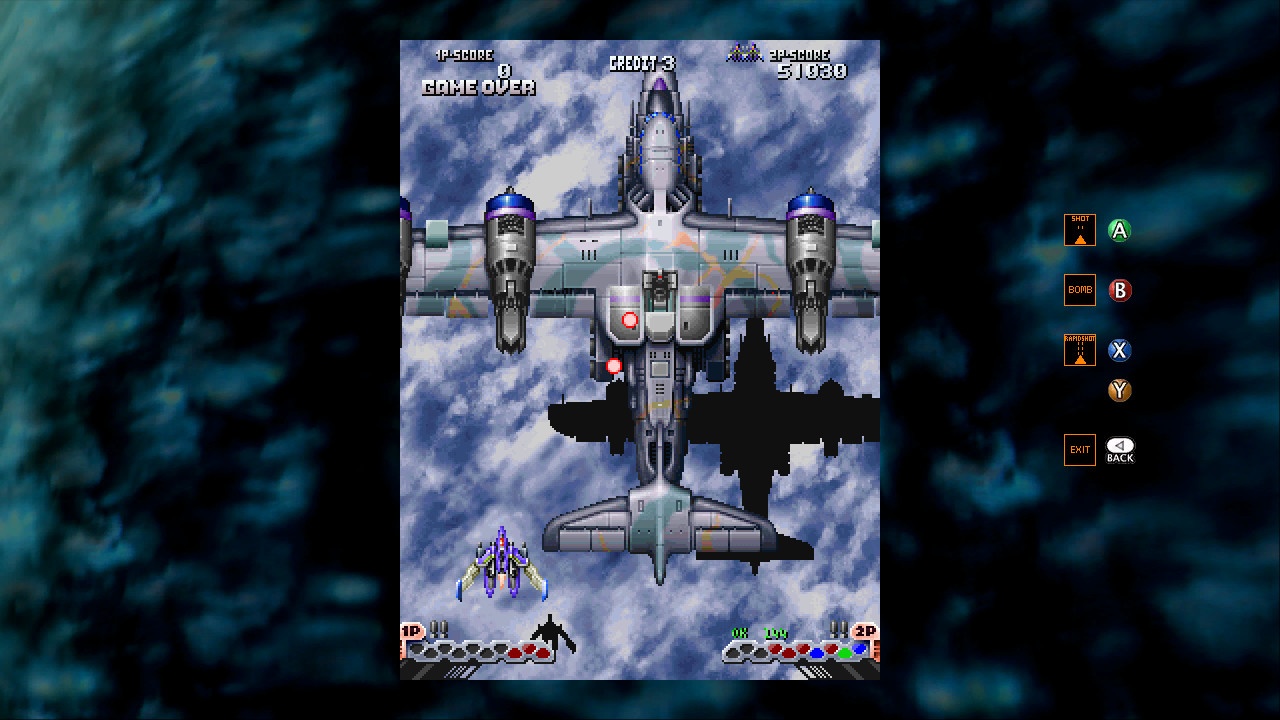 The chaos can be intoxicating, but it becomes extremely difficult when enemies like transforming aircraft, tanks, boats and turrets all attack you at once with varied shooting speeds and abilities. While this has become a widely accepted staple for the genre, I found it particularly annoying, rather than challenging, in DeltaZeal. It doesn’t help that the largely uniform amount of colours onscreen effectively camouflaged enemy shots along with my own. I know it sounds like I’m picking holes, but this is just something I never had trouble with in other games like Radiant Silvergun or Shienryu.

Also, it feels as though DeltaZeal is missing a certain visual pop to help it stand out amongst its peers. The arcade feel is definitely there, but there’s an inherent lack of visual ingenuity that I feel it really could’ve benefited from. Take the fish themed enemies in Darius for example, something that’s instantly recognisable with the brand, something that makes you think “DeltaZeal!” from a glance, instead of “just another shooter”. 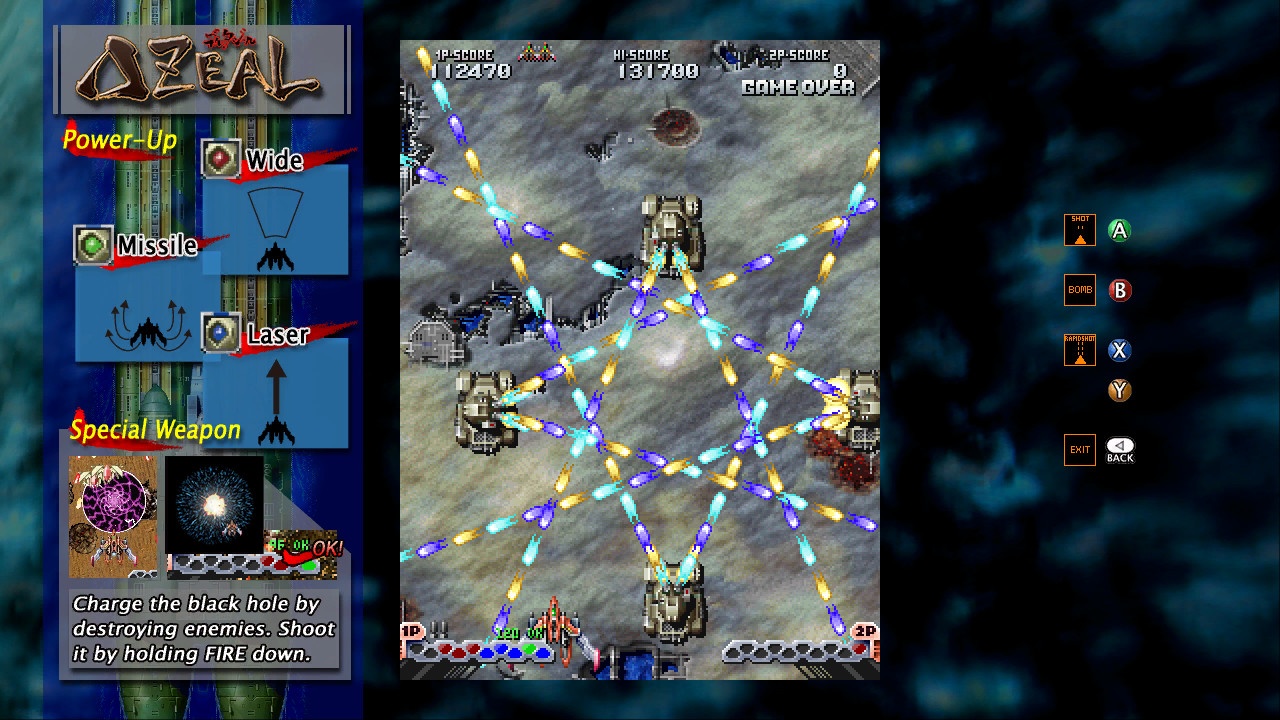 Despite its lack of visual impact, the game still looks nice enough to compliment the rock solid gameplay, where the traditional boss blasting formula feels as good as it ever has. The standard Arcade mode offers plenty of challenge and enough secret routes and enemies to keep any shmup fan happy for a long time to come. Plus, the addition of saveable replays and online leaderboards have catapulted this little known and long forgotten shooting gem to new and well deserved heights.