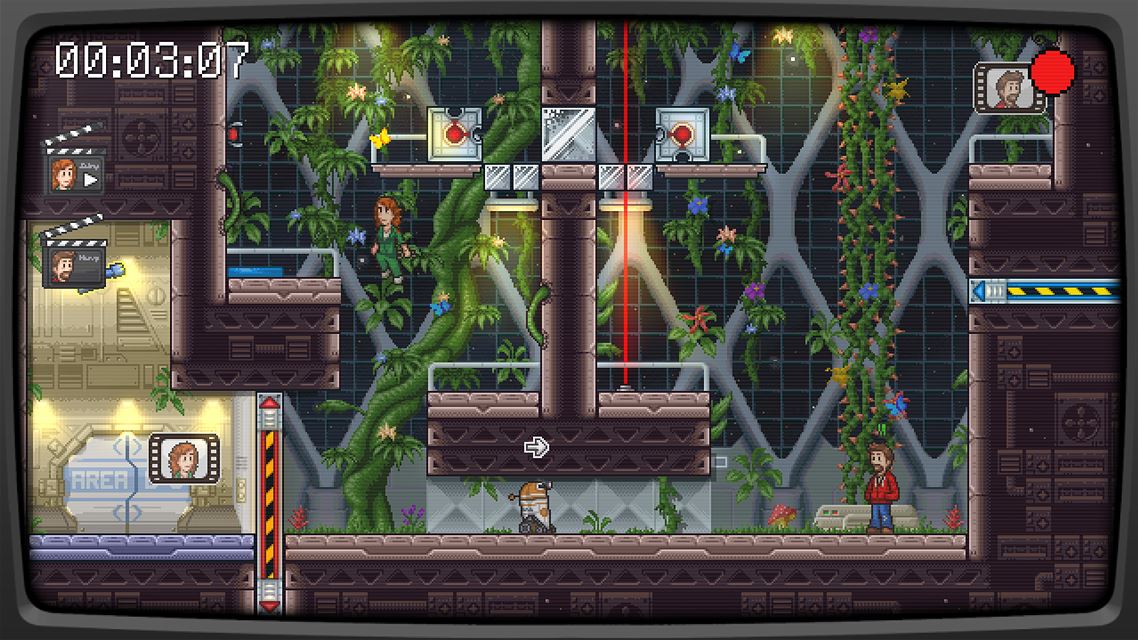 The chance to rewind time is something you rarely see as a superpower. In Life is Strange it is demonstrated several times but what happens if you have multiple characters who part of the rewind process? Replay: VHS is not Dead Review utilises this in quite a unique and mentally draining way as you’re not just rewinding one characters time but you’ll be attempting many rewinds, hopefully the tape will last long enough to complete the task!

Replay: VHS is not Dead Review has you in control of Harvey who decides to rent some VHS movies (remember those days?), on the way home he inexplicably gets struck by lighting with the VHS in his possession. It’s not until he begins to play his VHS do we understand what is about to happen, in a sort of Poltergeist way he’s sucked into the television! The films include Corsairs of the Canaries, Tuesday the 31st: A Nightmare in Transylvania, Nevada Johnson & the Trident of Neptune and last but not least Star Trip VII: Wrath of the Glubons. As you can probably tell these films are parodies of some well-known movies. 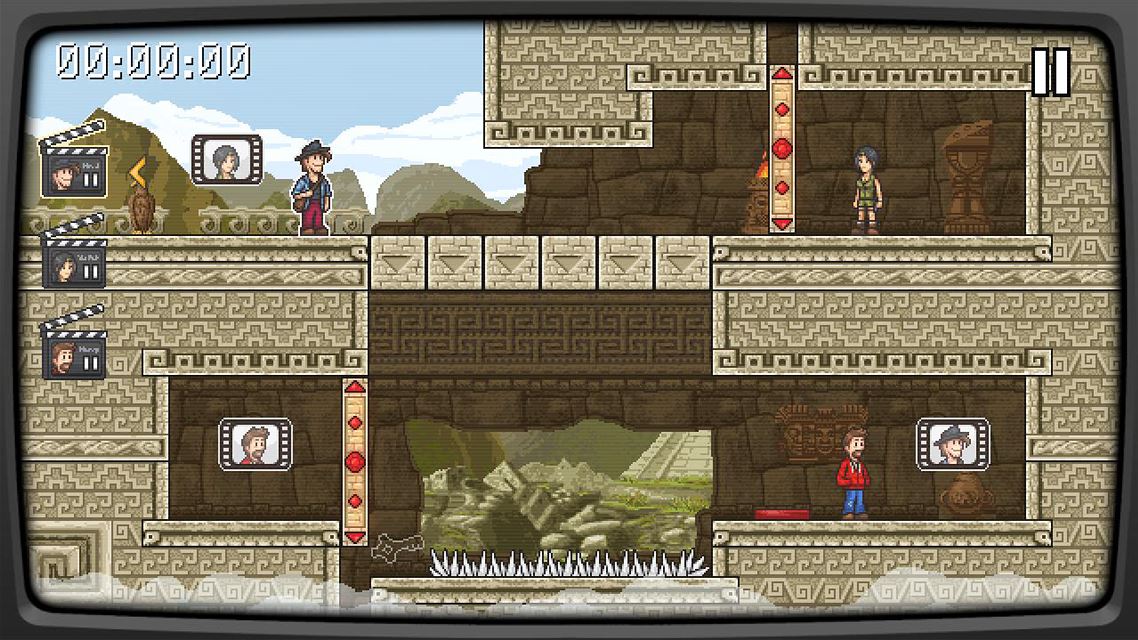 The general idea behind the stages of Replay: VHS is not Dead Review is that you must navigate a number of characters to their exit (which sort of looks like the old Sonic end stage icons). You select one character and move them somewhere to interact with something, you then rewind back and take control of the next character and move them to the area waiting for the previous characters actions to be implemented.

For example, you move Harvey forward and push a crate which falls to the ground below then you move direct Harvey back to his exit. You rewind back and take over the other character, you move forward waiting for Harvey to drop the crate, don’t stand under the crate as it drops otherwise you’ll die. Once the crate has dropped you jump on it to reach the next platform and walk to your exit whilst Harvey completes his previously planned route. Obviously this gets a lot more complicated as more characters are introduced and you need to get them working in tandem, you may not be surprised that even the smallest issue can multiply tenfold so you’ll be rewinding ALOT! 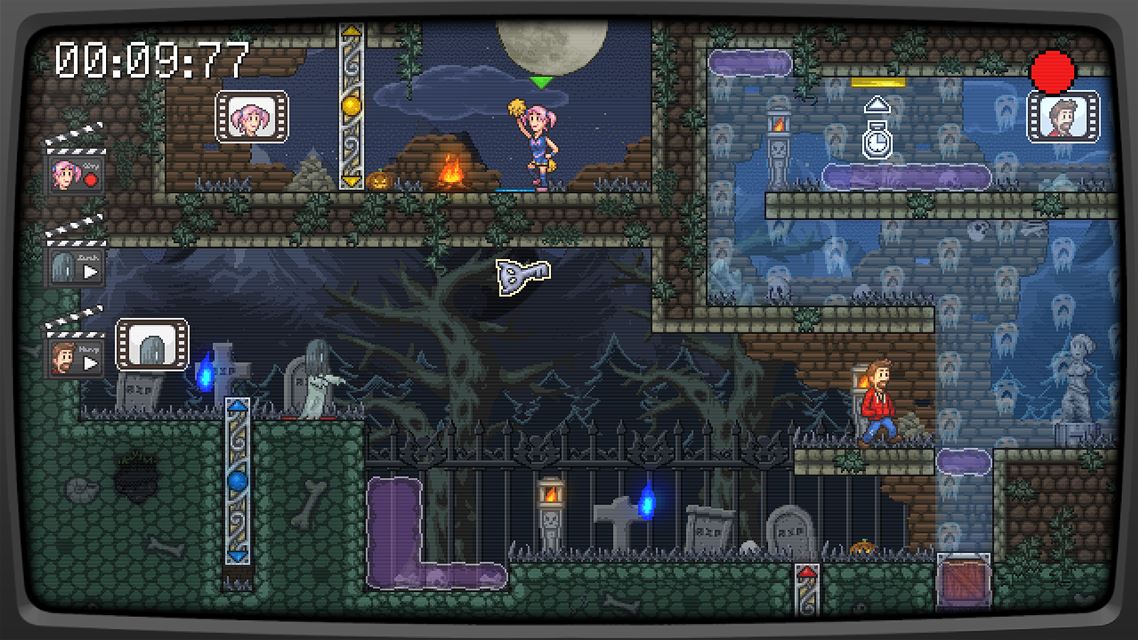 Replay: VHS is not Dead Review is a game that plays on your nostalgia but it’s also a game that is a very unique experience. The constant rewinding may grate for some, especially the later levels whilst the atmosphere doesn’t quite keep you involved as you progress but the sheer complexity of the platforming required is entirely engrossing. You’ll spend hours trying to complete this, whether you completely enjoy Replay: VHS is not Dead Review by the time you reach the end is one thing, but you’ll definitely want to replay the experience.