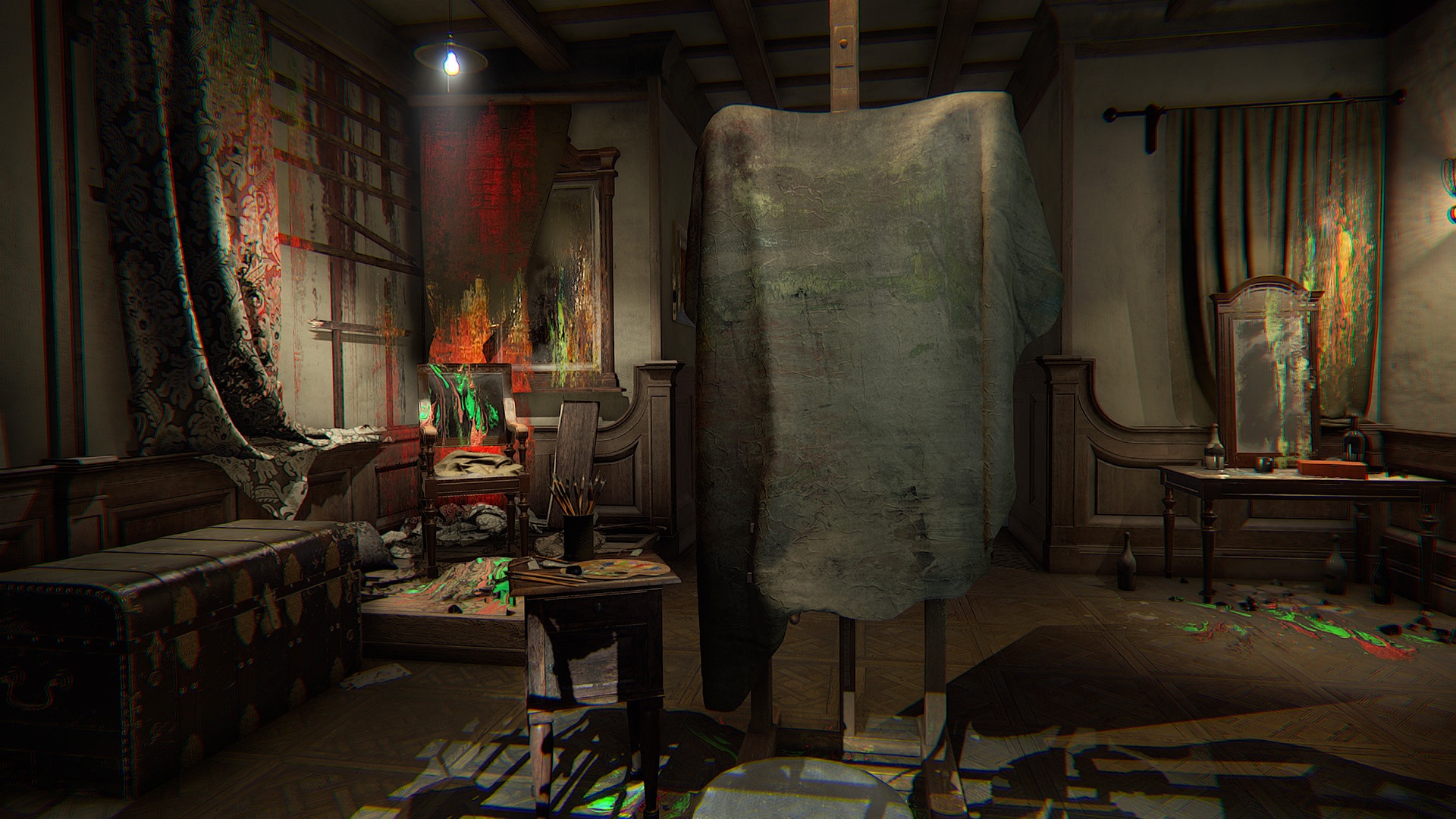 Over recent years the horror genre in gaming has experienced something of a revival. Whether it’s the reintroduction of industry stalwarts such as the Resident Evil franchise or the welcome debut of newcomers such as Dying Light, it seems that horror is in vogue again. This phenomenon is reflected in TV where shows such as The Walking Dead have garnered much critical acclaim as well as sweeping up a host of industry awards.

Against this backdrop of growing public demand Bloober Team has finally completed development of its long-awaited flagship title, Layers of Fear. When this game was first announced as a work in progress on the Xbox almost a year ago we were one of the first to download and give it a spin. And we loved every moment of it. Yes, the game was unfinished and buggy in areas but we could see that, unless Bloober Team did something catastrophically dumb, Layers of Fear would emerge as an amazing title. Well, the game is finally finished and we can safely say that Bloober Team have delivered a gaming masterpiece. Some horror titles are one in a million. Others are won in a car boot sale. Layers of Fear is one that you simply can’t afford to miss. 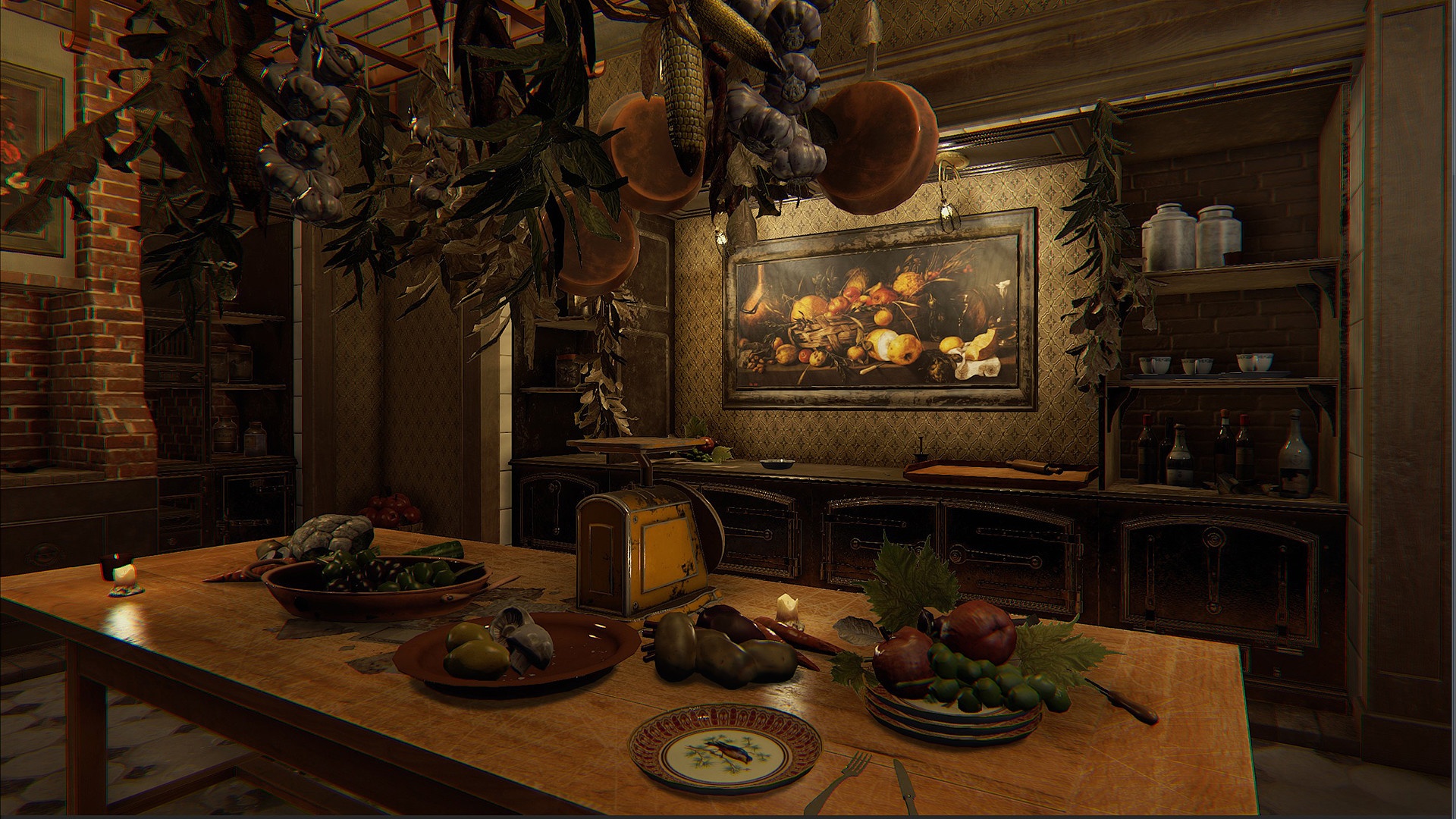 Cast in the role of a washed up artist who still believes he has greatness within him , your task is to help your character complete his last great work. You do this by collecting various items that are scattered throughout an old, dark and very creepy mansion. Oh, and while doing this you must also experience the horrors of the artist’s mind as he teeters on the brink of insanity.

While many horror games rely heavily on cheap scare tactics to keep you interested, Layers of Fear is a subtle, disturbing physiological experience that gnaws away at your nerves, keeping you on a constant knife-edge as you explore your surroundings. The majority of the game is limited to interacting with doors, reading notes left lying around the house and trying to piece together the storyline yourself. We only begin to realise the full twisted horror of what has happened to the artist as we read the notes and find items that have been left discarded throughout the rooms. There is no spoon-feeding here.   You decide the speed of your progress and your imagination readily fills in the blanks as you traverse the games 8 -9 hours of rooms.

Layers of Fear is probably one of the scariest games we’ve played since the original Silent Hill. During our first play through we were genuinely freaked out by Bloober Team’s dark and menacing creation. Rooms would change while your back is turned, doors you came through would suddenly be locked and paintings fade and transform in front of your incredulous eyes.  Sometimes whole corridors will disappear leaving you disoriented and just a little nervous. Excellent.

Take a quick glance at the images accompanying this review and you’ll agree that Layers of Fear’s attention to detail is top drawer. The graphics are among the best we’ve seen in a very long time and each room seems to breathe and sigh with life of its own. If you’re an art lover, you’ll love the time lavished on creating what looks and feels like a real haunted house. 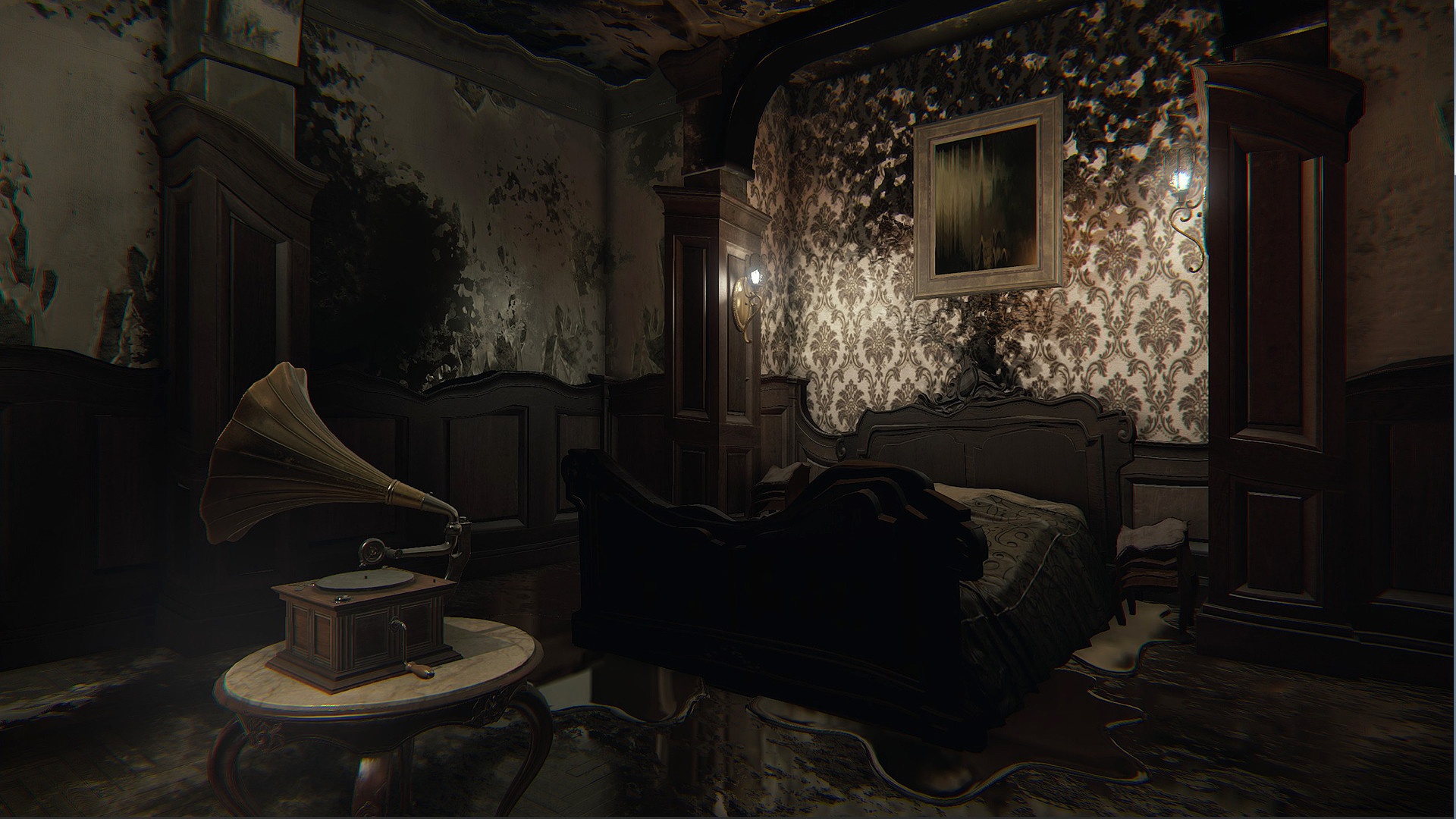 The games admirable graphics are complemented by truly astounding audio. As you make your way around the darkened house, you’e accompanied by the sound of rain, thunder, doors creaking, the hollow echo of the painters footsteps or a violin screeching out a mournful note. All of this add to the palpable tension of the game and leave you sometimes gasping for air because you simply forgot to breath.

Layers of Fear has some 18 collectables that help give you a some sense of immediate goals to achieve. However finding them all will require you to take your time and explore rather than attempt to rush through to the ending.

Despite Layers of Fear’s superb presentation, there are a few issues that prevent it from achieving our highest score. Notably irritating frame rate issues that were present in the earlier development release still pop up now and again. Not enough to spoil the experience but they are noticeable. We also felt that many of the psychological effects in the rooms were repeated a little too often and detracted from the fear of the unexpected. These are, however, minor issues that do little to take away from what is a highly recommended title.

Layers of Fear is one of the more pleasant surprises in the list of games released this year. And it is a game you should experience. Preferably in the dark.  And alone. Go buy.