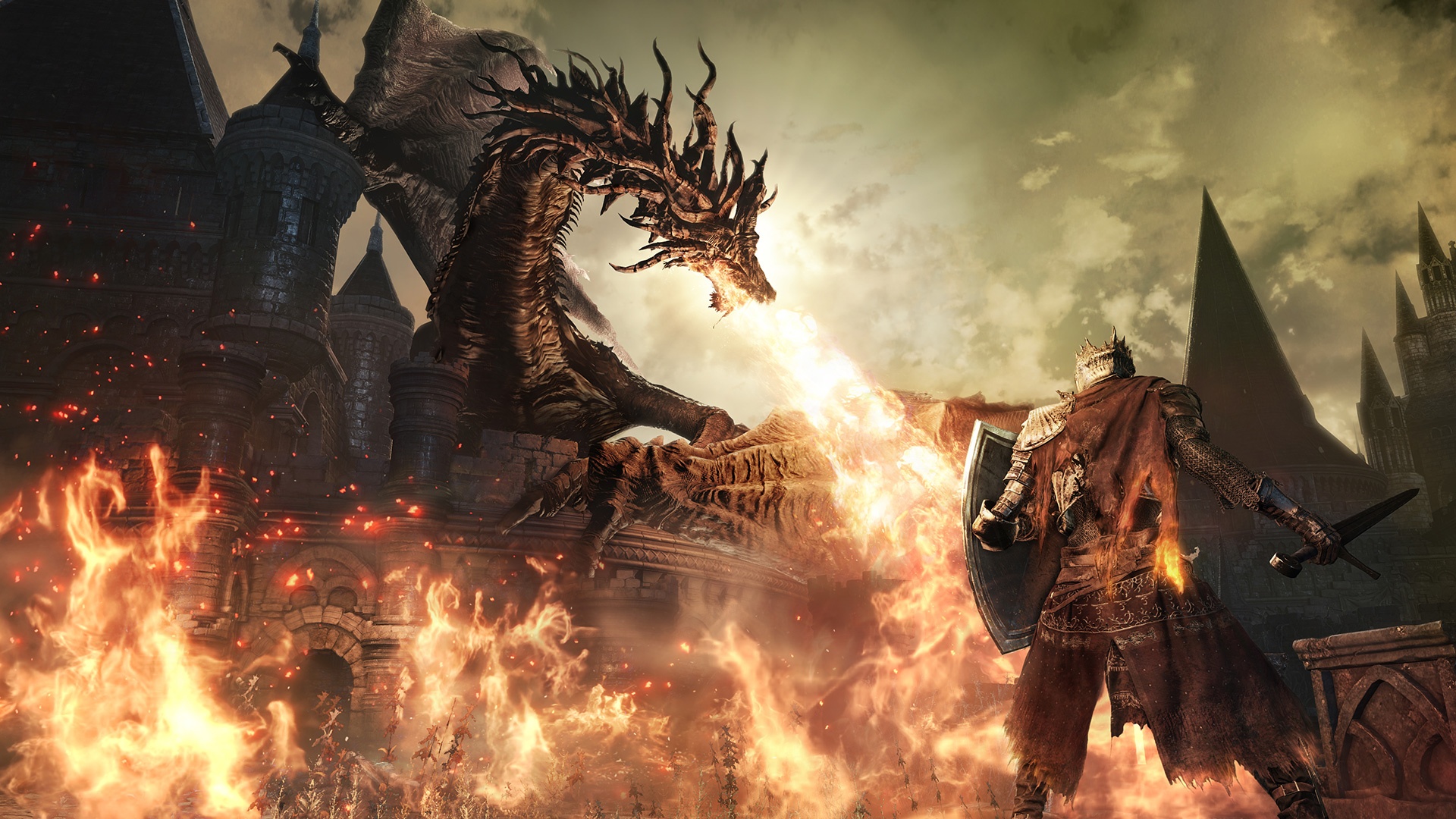 Dark Souls III follows the adventures of an Unkindled one, an undead human awoken from their slumber due to the failure of the Lords Of Cinder. The unkindled one is then tasked with hunting down the Lords and eliminating them in order to restore the flame.

Like prior games in both the Dark Souls and Souls series, Dark Souls III is steeped in law with hidden treasures obscured throughout the world. As well as this, players are once again able to interact with new and returning characters throughout the world to uncover information on Lothric and the Unkindled. This prompts players to explore the world and discover new locations. For example a dragon appeared early in the game, breathing a coat of fire over the ground around a secret door in an attempt to deter players, although rooms like this are present throughout the game, each containing a shortcut or secret. 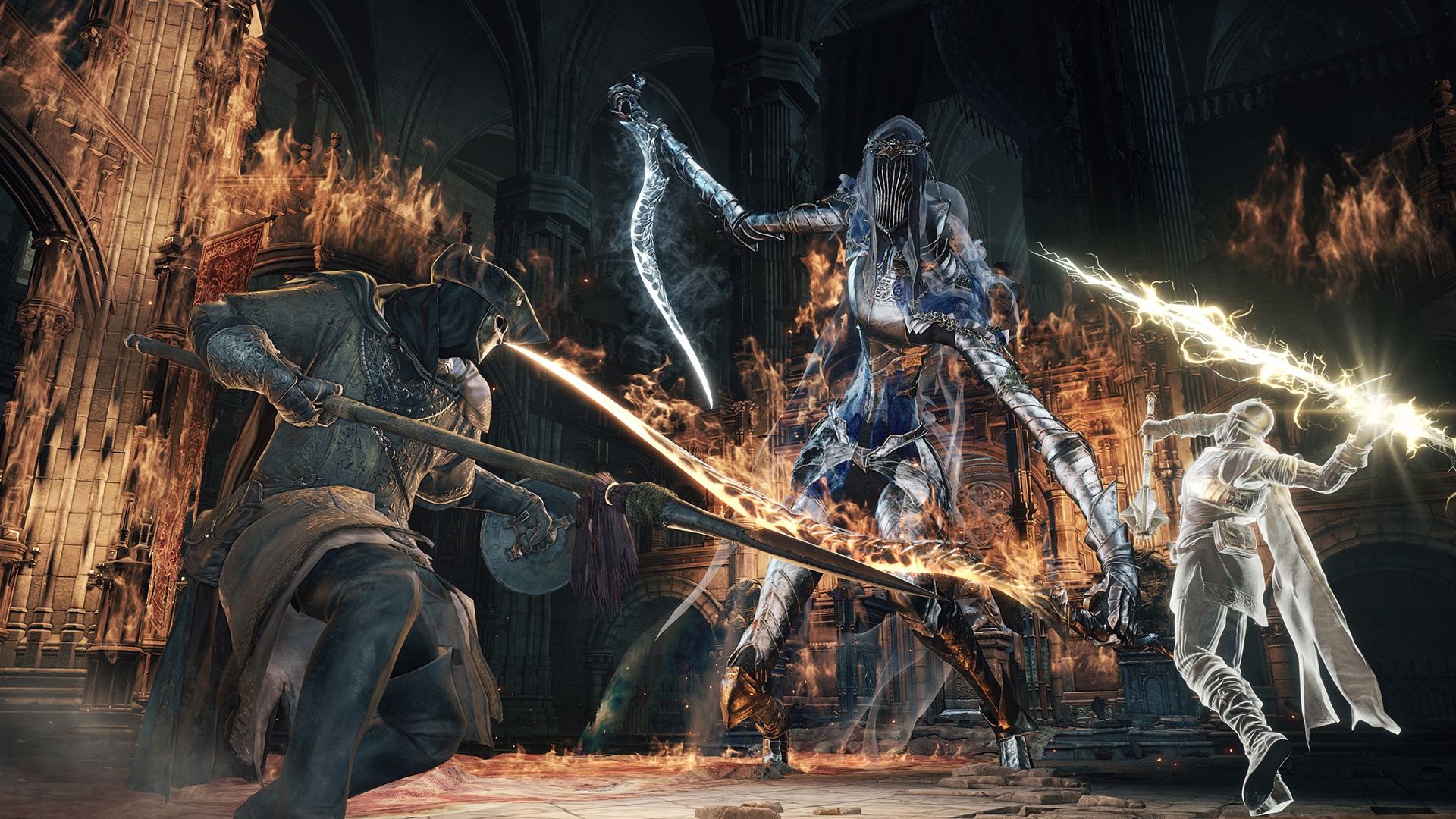 Dark Souls III also sees the debut and the return of the class system with several melee and ranged attack classes available. For example the Pyromancer, a brand new class, utilizes ranged fire attacks alongside melee weapons and a shield allowing players to alternate between attacks. These new classes also allows for more intense battles as players work out how to play each new class. The game also quickly introduces players to its infamous difficulty early in the game, as players encounter the first boss within a short time after character creation. This forces players to quickly obtain an understanding of the games classes, allowing for a more rewarding battle and playthrough.

Dark Souls III also forces players to come to terms with different enemy types early in the game as players are introduces to transforming enemies that spout black liquid out of their spines forming  large snake-like creatures during battles. This quickly changes the battleground as the monster either lunges straight for the player or consumes any nearby enemies or NPCs making the battle either drastically easier or harder. Dark Souls 3 is full of scenes and battles such as this making the game exciting and unique keeping the player on their feet.

Boss battles also see a drastic change in Dark Souls III as each battle contains 2 specific forms, each boss changing once it reaches half of its health or is defeated. This adds extra depth to each boss as players are unable to constantly recycle methods, and must instead focus on each boss’ new attack pattern before fighting back. Another feature is the Lords Of Cinder bosses, as these bosses are the final battle of each large section and face players with a difficult task. This is also a large part of the game’s lore as players must eliminate each Lord to restore the flame. 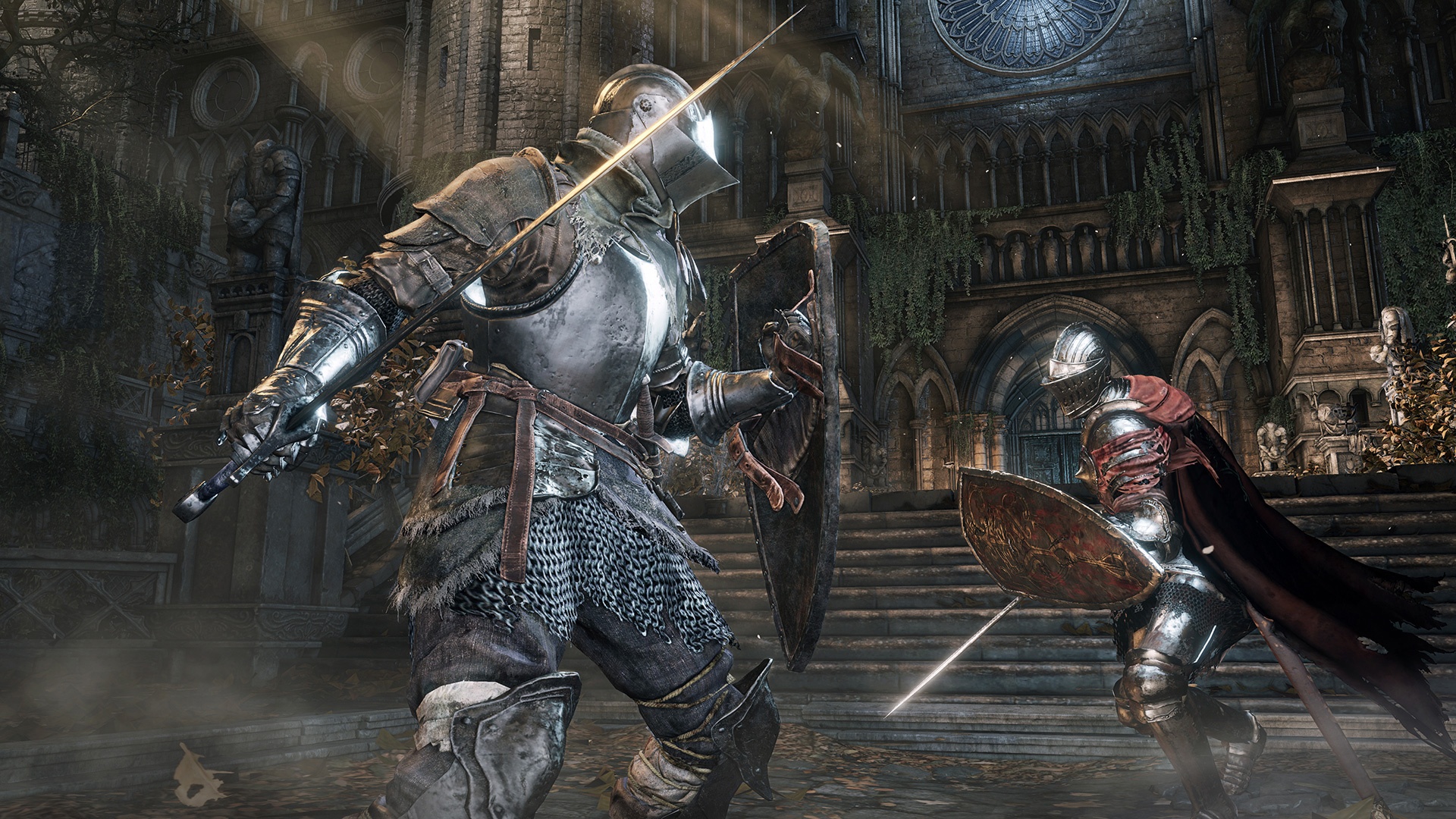 Graphically Dark Souls III surpasses all previous installments with several new features including large enemy counts, which force players to act fast during battles, and areas that are drastically larger than those of previous games. This feature not only allows players to gaze around the game’s beautiful yet dangerous world, but also allows them to locate hidden sections that often house hidden bosses or mini bosses. This also adds extra replayability to the game as players can locate new enemies, mini bosses and bosses throughout the world, each containing a new weapon, souls, and lore prompting players to explore and take their time.

In conclusion Dark Souls III is an intense successor to the original Dark Souls, with grotesque bosses, alternate forms, and a range of hidden areas making it a must buy for fans of the souls series, as well as new comers who are in search of a fearsome challenge.