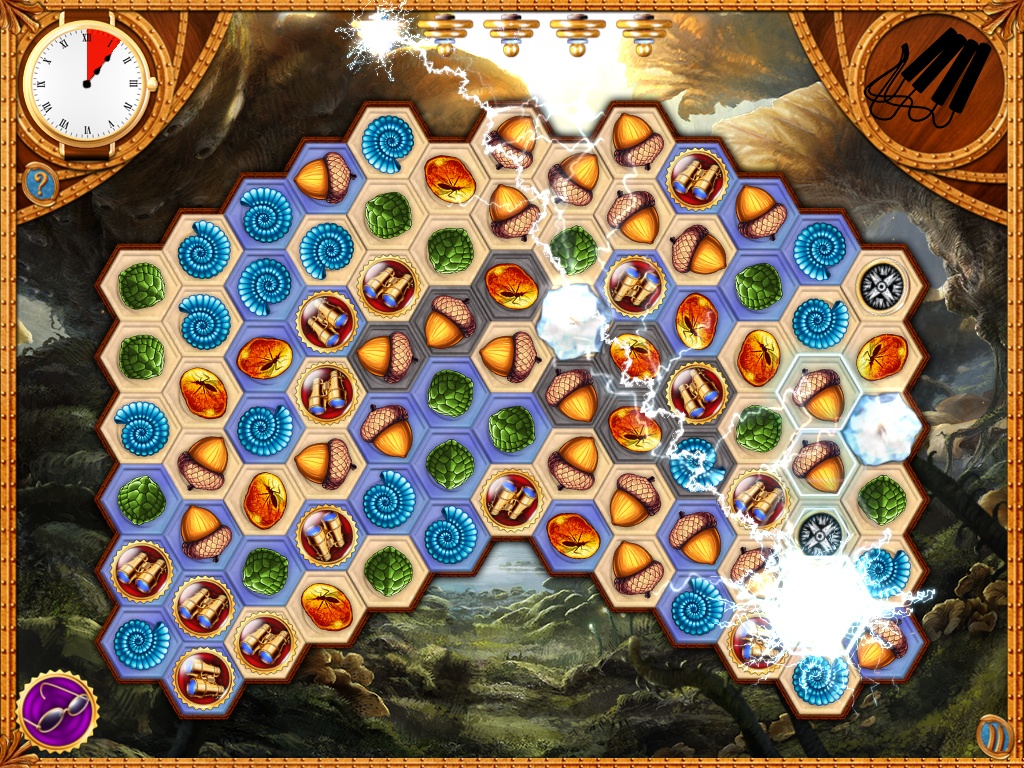 Ever since the much vaunted Bejewelled ushered in the match 3 genre,  a tidal wave of similar (and unfortunately so, so) titles have flooded gaming consoles and mobile devices. While some of these games, like the monster that is Candy Crush,  have been one in a million,  the vast majority are more likely to have been won in a carboot sale.  So, with this thought in mind,  it was with some degree of trepidation that I approached 10tons’ latest outing since Sparkle 2.  A game which, although well received,  did little to set the world on fire.    But wait, Azkend 2: The World Beneath is a match 3 game with a plot? Now that’s something we weren’t expecting.  Yes, folks we finally have a match 3 game that cares passionately about good story telling.  And do you know what?  The game works .  Very, very well, in fact.

Azkend 2: The World Beneath is narrated by Jules who is on a ship called the Celestia that has just left Liverpool.  Half way through its voyage the Celestia is caught in a whirlpool and is dragged beneath the waves.  Jules wakes up in a mysterious underwater land and, as you take control,  its your task to help Jules escape by solving puzzles and matching symbols to clear the board. 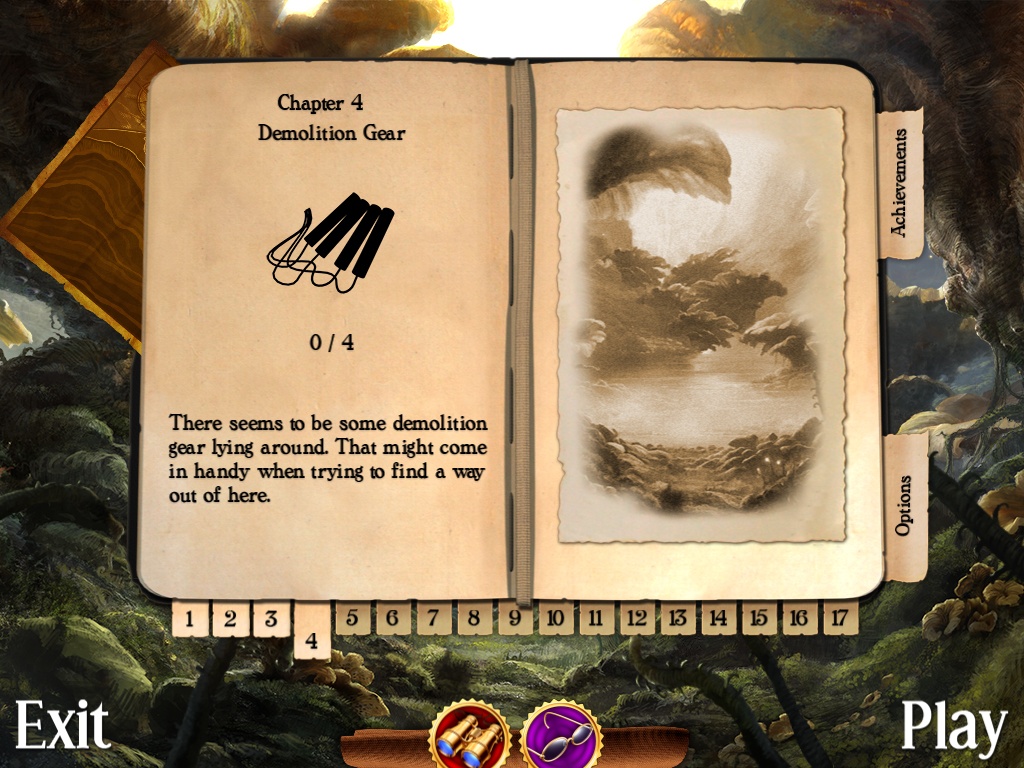 The first mode you’ll be playing is the adventure mode.  Here you will make your way through a total of 8 areas made up of 17 chapters.   In  order to progress through the chapters you will have to find the missing parts of a particular item.  Once you’ve nailed the chapter,  you’re then rewarded with a puzzle that challenges you to match small pieces of an image to where they should be in a larger picture.

Should you manage to complete a puzzle in half the allotted time,  you’re rewarded with a medal.  In medal mode you can play the puzzle again and pit your score against other gamers from all over the world.  The time mode pits you against the clock and other players. 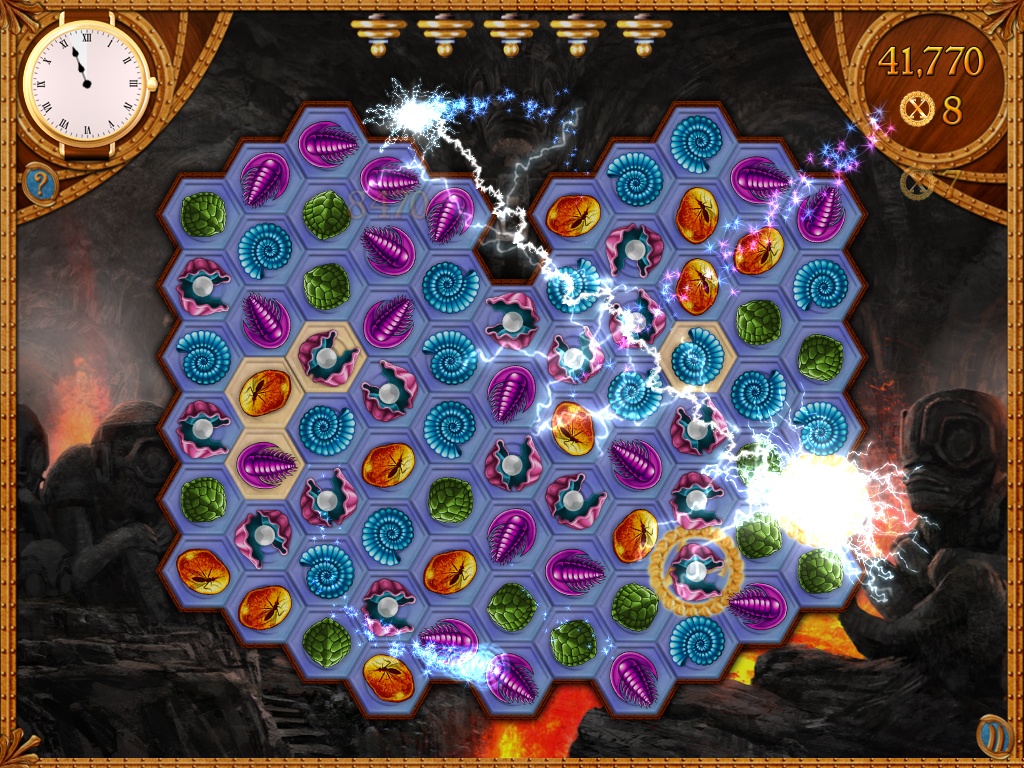 During our playthrough,  we were especially pleased to see that 10tons had wisely reintroduced the tesla coils from the original  Azkend game. If you make a move that works towards your objective,  you’re rewarded with a charge added to the tesla coils at the top of your screen.  Fill up all five coils and lightning bolts that could have emanated from the hammer of Thor himself will help you clear the board and reach your goal.  Sweet.

With over 10 hours of gameplay, Azkend 2: The World Beneath is clearly aimed at both casual and more dedicated gamers.  Its learning curve and elegant story line do just enough to keep you interested without frustrating you or, even worse,  boring you with simplistic challenges.

Graphically, 10tons have done an admirable job with screens filled with vibrant colours and lavish detail.  The games narration also works well to enhance the feeling that you are playing a key role in a dramatic and surprisingly engaging story.    If we had any niggles with the game it would be with the over sensitive controls and the less than super useful hint system.  Once (but not often) we’d get stuck during a puzzle and the hint would show us a possible move that was clearly not the best move to make. Ok, not a deal breaker,  but something the game could have done without.

These minor wrinkles aside, Azkend 2: The World Beneath is a great match 3 game from a developer that clearly understands the genre and knows how to give gamers what they want.  It’s well worth the asking price and definitely worth your time.  Go buy.