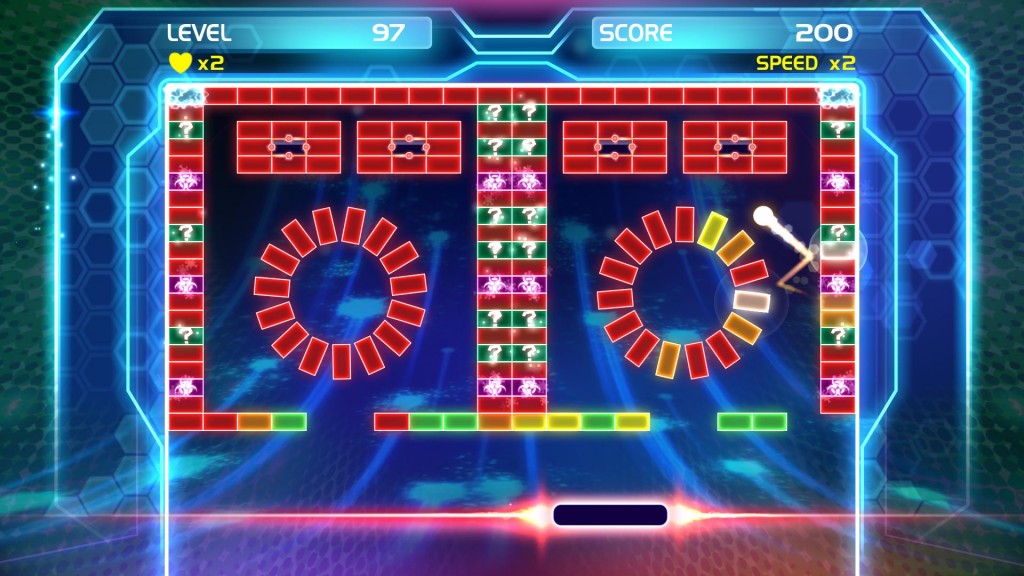 From Atari’s, Breakout to Taito’s, Arkanoid, brick breaking video games have been around for just about as long as video games themselves. Problem is, while the premise remains as fun today as it did 30 years ago, this puzzling sub-genre peaked in the mid-80s, and while there is certainly something to be said for bringing this relatively simplistic but undoubtedly addictive genre to a whole new generation of gamers, it’s hard to justify the decision when the 2016 version is noticeably weaker than the 80s vintage.

You would think that getting a Breakout-style video game right shouldn’t be too difficult, but while Sanuk Games’, Brick Breaker has enough of that classic DNA to be at least occasionally enjoyable, an array of odd design choices ensure that this is one of the weaker takes on the genre.

At a glance, everything looks fine; it’s got that flashy day-glow look that served recent arcade updates such as Pac-Man Championship Edition so well, but in practice, it just makes for a visually messy experience – one that makes tracking the ball much harder than it needs to be. In a game in which split second decision are the order of the day, losing track of the ball amidst the visual fireworks can lead to a lot of lost lives and no small amount of frustration. 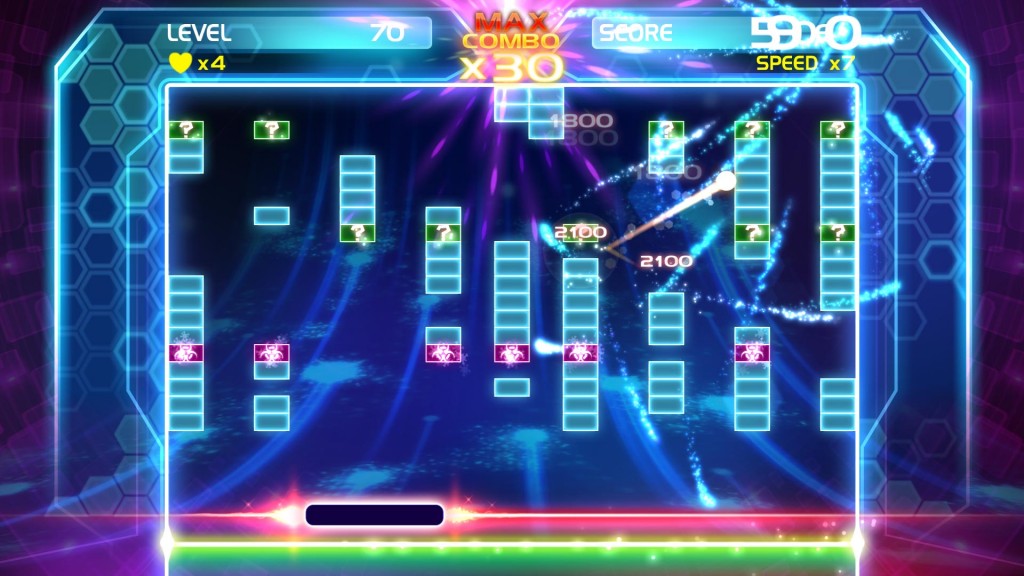 Speaking of frustration – the first few levels in particular have an air of watching paint dry. It might speed up later in the game, but before the power-ups start to play a major role in level completion, you’ll often find yourself watching the ball bounce around the stage in slow motion with particularly shallow angled shots leading to painfully long waits for your ball to make it back towards your virtual paddle (often to be inadvertently shot off on yet another low angle trajectory).

These moments of slow-paced sloggery are admittedly brief, but when combined with Brick Breaker’s occasionally iffy physics, makes for a game that many will turn off long before it finds its stride. For the most part, the ball will react as you would expect, but every so often, it goes off on an odd tangent, and with the paddle controls also feeling a tad too twitchy for my tastes, even the most fundamental controls can prove unduly maddening. Any one of these issues alone might not have been enough to ruin this game, but when combined, there is simply too much in the way of potential frustration to make this a genuinely recommendable experience.

It’s not all bad though – once things get going and the speed ramps up, the old arcade addiction can really start to kick in and I often found myself compelled to re-start levels in search of those elusive 3 star rewards. There is an online leaderboard to help keep the challenge going, but this is inexplicably hidden away and will thusly be ignored by the vast majority of gamers. 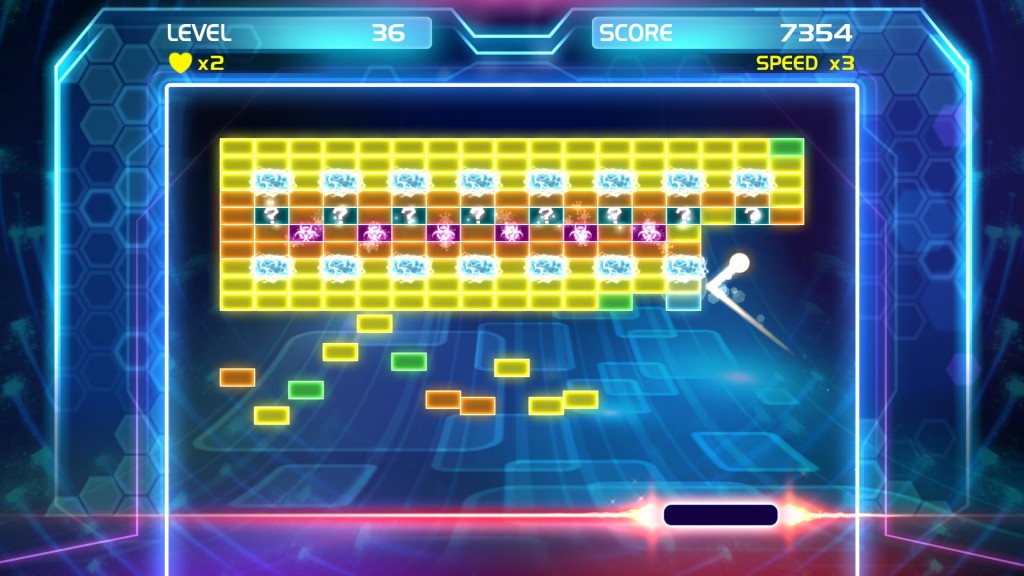 The power-ups aren’t anything we haven’t seen before, but the inclusion of multi-balls and flame powers etc do make for an often hectic experience. Of course, the frustrations that undermine the core mechanics remain, but these are easier to ignore when blocks are being smashed all over the screen and your multiplier (which maxes out a little too easily) is at its limit.

While Arcade Mode will offer plenty of challenge for those willing to overlook the games’ fundamental design issues, the inclusion of Survival Mode offers nothing of note to the overall experience. Saying that, despite the single player options being somewhat basic, the multiplayer options are surprisingly strong. With the option for up to four players to play together locally and a surprising abundance of relatively varied game modes, Brick Breaker does a good line in party game fun with the simple underlying mechanics ensuring that just about anyone can pick up and play the game straight away.

Despite its many issues, Brick Breaker can still prove an oddly compelling and undoubtedly addictive experience. The messy visuals, twitchy controls and inconsistent physics all do their best to ruin the fun, but the strong underlying template ensures that there is still fun to be had from what remains one of gaming’s most resolutely popular concepts.