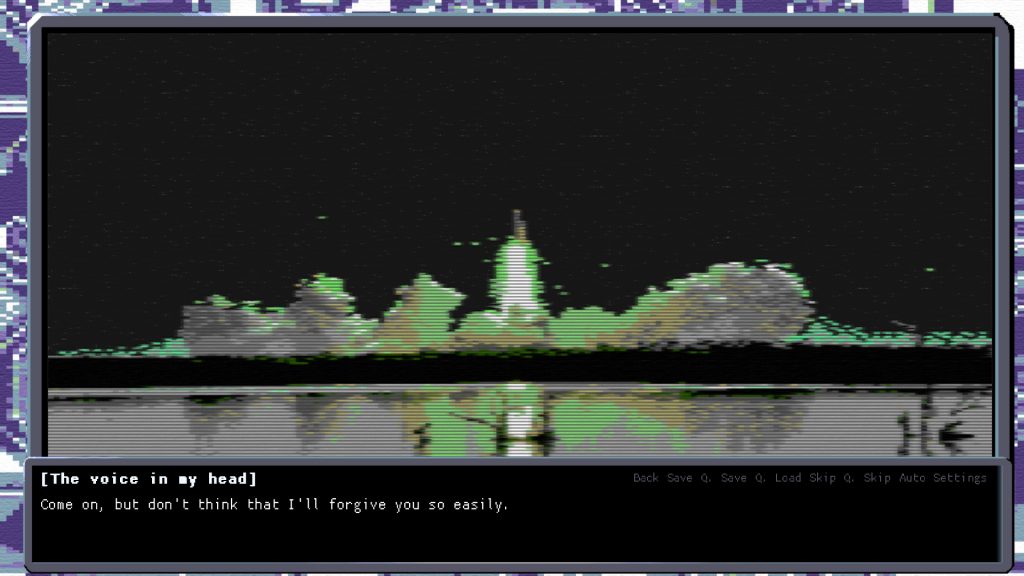 It’s only in the last couple of years I’ve embraced the genre of visual novels and in that time I’ve seen a broad range of quality. When done right they can be incredibly immersive and enjoyable but given how they’re fairly simple to develop there’s definitely scope for sub-par products to be rushed out. Cyber City 2157 from developer Harotobira is the latest I’ve tried, so how does it measure up?

The first thing that’s immediately obvious from playing, and that you’ll notice from the screenshots, are the extremely primitive graphics. Harking all the way back to the early days of the PC or Commodore they’re certainly different to what you’d expect and early on I appreciated the uniqueness, but that novelty wore off quickly. The ‘visual’ component of a visual novel is fairly key after all and the washed out graphics with their limited palette are so poor it’s difficult to associate them with the game you’re playing, and sometimes hard to even tell what the visuals represent. Plus there’s such a limited selection of these screens that you’ll spend most of your time looking at the same ugly backgrounds.

Of course the graphics could be overlooked if the storytelling was up to scratch but (spoiler alert) it’s not. There’s the genesis of some good ideas here as your protagonist experiences some dreams and wanders around a city with seemingly ever-changing landscape complete with artificial suns but it all comes across as wearisome and extremely amateurish in the way it’s put together. 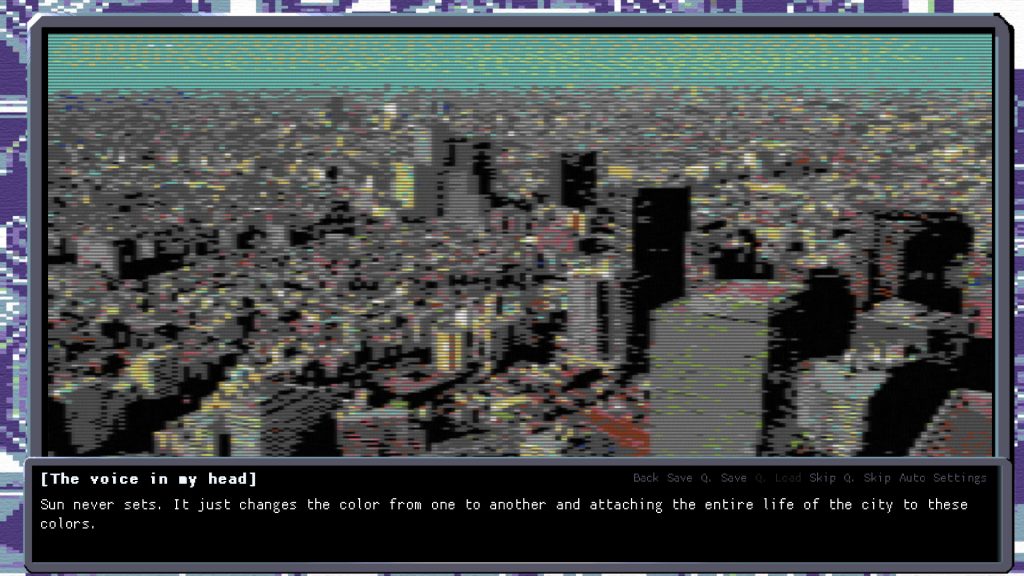 And this then leads me to the biggest problem with Cyber City 2157 – the often hilariously poorly translated text. Despite a series of patches and updates the English translation is often terrible and can descend into gibberish on occasions. I’m not sure where the developers are from, but I’d assume eastern Europe as that’s often how it comes across. Given how extremely short and limited the game is though there’s no excuse to why they couldn’t have found someone to do a better job at converting into English.Combined with the fact the story itself is so sub-par the entire experience of playing is one of the worst I’ve experienced and I often found myself quickly clicking through screens and skimming through the text as quickly as possible. A hidden blessing is how short the game is as a typical playthrough only takes about 30 minutes before ending abruptly with one of several bizarre messages.

These sudden endings include the recommendation to replay to uncover more of the world and its background, but it turns out there aren’t actually that many different paths you can take and they all generally end up being similar. There’s very little content in the game at all, and although there are some subtle hints at a big event in the past and the possible existence of artificially intelligent minds I struggled to find the motivation to continue after experiencing a few different endings. 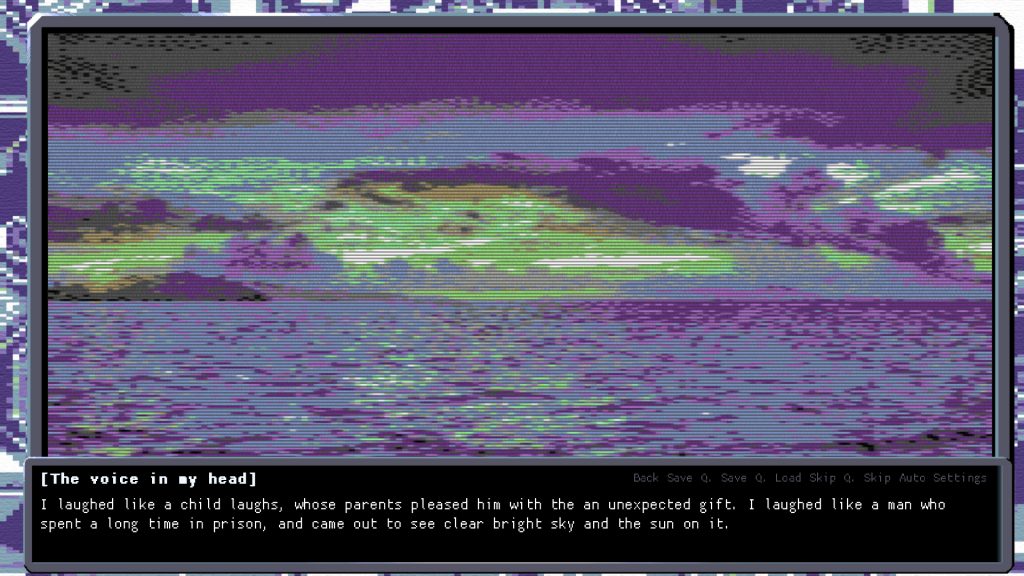 Another notable drawback in Cyber City 2157 is the dire, repetitive soundtrack. It was probably a deliberate choice to match the retro style but it’s actually fairly grating and only occasionally broken up with certain sound effects (consisting just of bleeps) in relation to the story, and at other times the soundtrack seemed to vanish altogether and I found myself playing in absolute silence.

As mentioned earlier, there are some hints of innovation such as the fact your protagonist has two inner voices – one inside him and one in his head – who often squabble and the uncertainty about the world you inhabit. Are you dead, in a virtual world or just mentally ill? Regardless though, any mystery is ruined by the philosophical ramblings and inane narrative.

In fact the biggest mystery raised for me was how Steam allowed this to be included on their platform at all – this more than anything demonstrates the need to improve their quality control. More surprising is that this excuse for a game is priced at almost £5 when I’d usually expect something so primitive to be under £1, although if I’m being honest I couldn’t recommend it even if it was free.