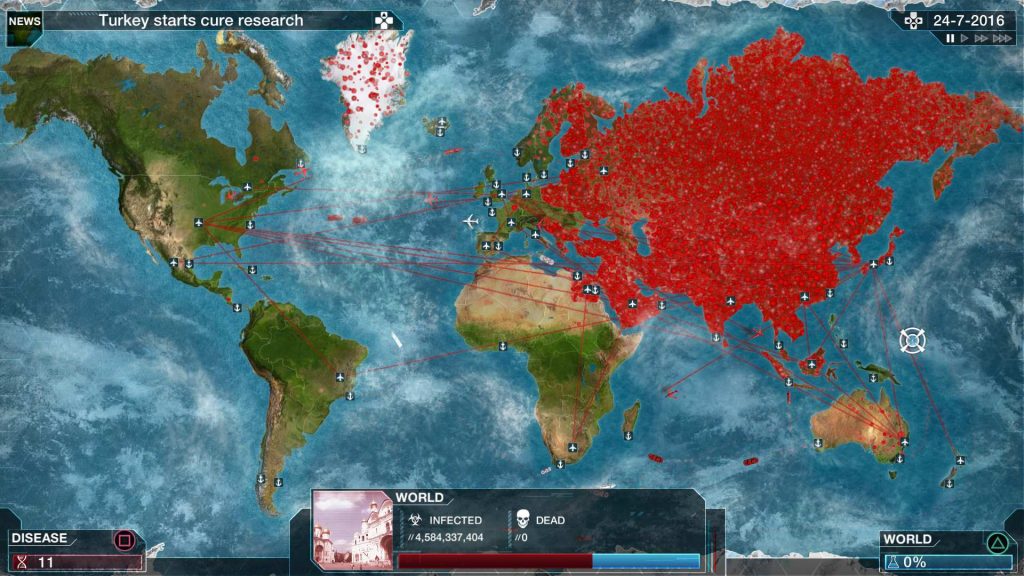 Usually you play as the person trying to stop a virus from taking over the world, or maybe the scientist trying to find a cure to a zombie plague or in some instances you’re just in the wrong place at the wrong time when the pathogen hits. Now no-one ever asks how the disease feels or want to know the back story do they? Well in Plague Inc: Evolved, you’re the disease, you choose how you spread and who you infect and the goal? Killing every person on earth.

The Maccatime bacteria started off in Saudi Arabia (a good place to start because of its links to Europe, Asia & Africa), Patient Zero was infected with Maccatime after falling over in the desert one summers eve. It spread slowly from one family member to another, before one of the kids infected their friend at school. The symptoms were almost non-existent, for several weeks the infection spread among the population of Saudi Arabia without the doctors knowing. Then the symptoms became more noticeable, the coughing and sneezing whilst annoying to the host spread Maccatime further afield. Maccatime mutated and was able to infect water and it’s cells carry longer in the world, Maccatime now began infecting other countries such as China, Russia and areas like East Africa. The symptoms became more apparent, the sick were getting fevers and began vomiting. Doctors in Saudi Arabia discovered Maccatime and started researching a cure but there wasn’t much funding behind it. Maccatime built up resistance to common drugs and appeared to be carried by birds and insects. The first case in South America cropped up 18 months later and so did the first Maccatime death in Norway. Governments started working together to research a cure, it seemed to be going positively however unknown to them the last healthy person in the world had just contracted Maccatime. Then it hit, Maccatime starting causing total organ failure, people were going into comas, the scientists researching a cure began to go insane. Anarchy in Russia and the government of Brazil had fallen. 3 years to the day since Maccatime infected Patient Zero the last person on earth passed away due to dysentery, Maccatime had eradicated the human population from earth. 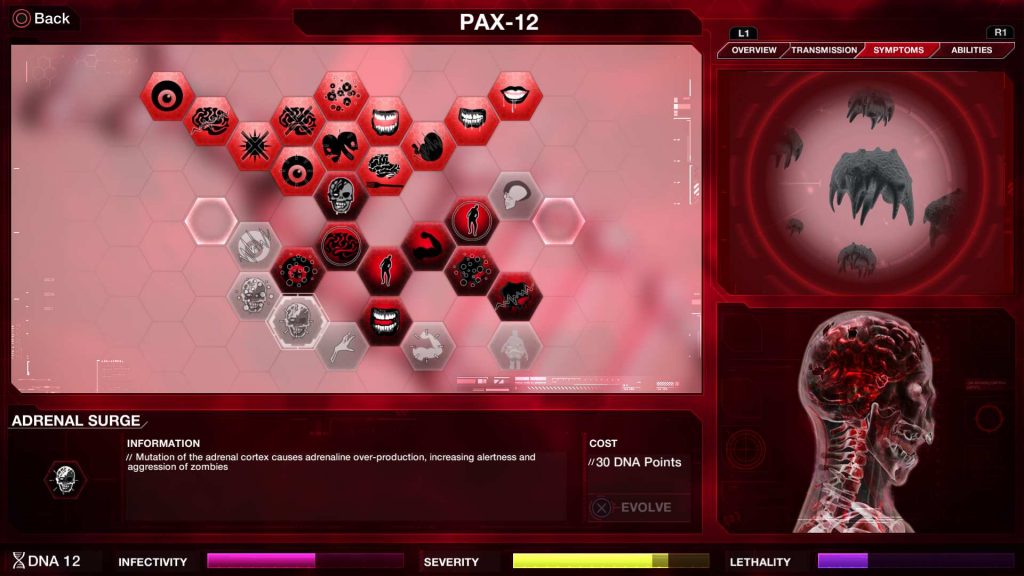 This is what Plague Inc: Evolved has you doing, you’re goal in most cases is to infect the human population and then begin killing them. Plague Inc: Evolved is a simple strategy game where you’ll spend time flipping between screens that show you the world map, world statistics, symptoms, transmissions and abilities. As the days and months go by you generate DNA points that are used to evolve how your plague transmits (i.e. birds, insects etc), what symptoms your plague has (i.e. coughing, sneezing etc) and the abilities your plague has (i.e. drug resistance, cold resistance etc). Plague Inc: Evolved is engaged you from the start with its simplicity but then that’s when it begins to get complicated and you have to plan well and quickly.

The diseases include Bacteria, Virus, Fungus, Neurax Worm, Parasite, Prion, Necroa Virus (Zombies), Bio-Weapon and Simian Flu (basically Planet of the Apes). Each disease mutates differently and needs to be treated differently. For example, the Necroa Virus turns people into Zombies who can then attack the general population if that’s how you want to win whilst the Fungus takes a really long time to spread so you need a lot of patience. Simian Flu turns apes intelligent and they can be used to attack research centers who are developing cures but then governments start creating drones to take out ape colonies. You see there are a lot of variables depending on how you play. If you start your plague in a more affluent country then you may able to spread quickly but their doctors are more likely to pick up the disease early. Various news banners will pop enlightening you to what is going on in the world, sometimes the Olympics get cancelled, there may have been a natural disaster somewhere or doctors in a particular country may have found an easier way to research a symptom. These banners are quite funny and very current but in most cases they can be used to your advantage or disadvantage. There are other modes to play such as Official Scenarios that has the Neurax Worm spreading Christmas cheer, Custom Scenarios which is similar to Official Scenarios in terms of the randomness of their plots and a Speed run mode. 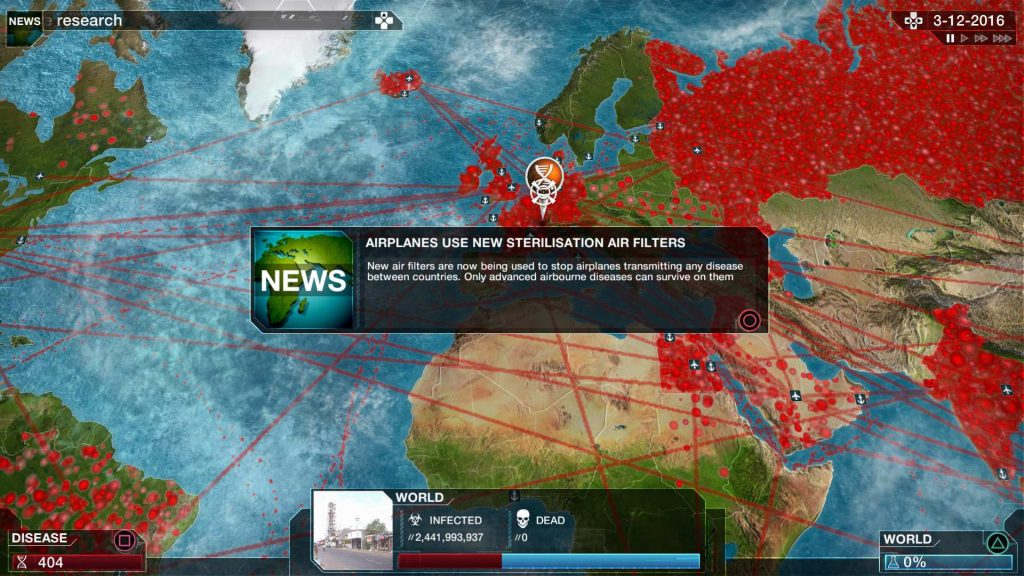 Plague Inc: Evolved presentation is basic, behind the world map is a series of statistics which if you take the time to read will help you become a better player. You will learn quickly which symptoms are worth evolving or devolving but that’s the really impressive thing with Plague Inc: Evolved, you will find yourself totally addicted to it very quickly. Some levels take years (in the game) to complete but it never feels like you’re losing time. Sure you’ll get frustrated as you come close to winning only to realise you’ve killed all the infected but there’s still a few healthy people left but practice makes perfect. Plague Inc: Evolved is a hard game, it’s a strategy game with very little in terms of visual glory but that doesn’t take anything away from it.