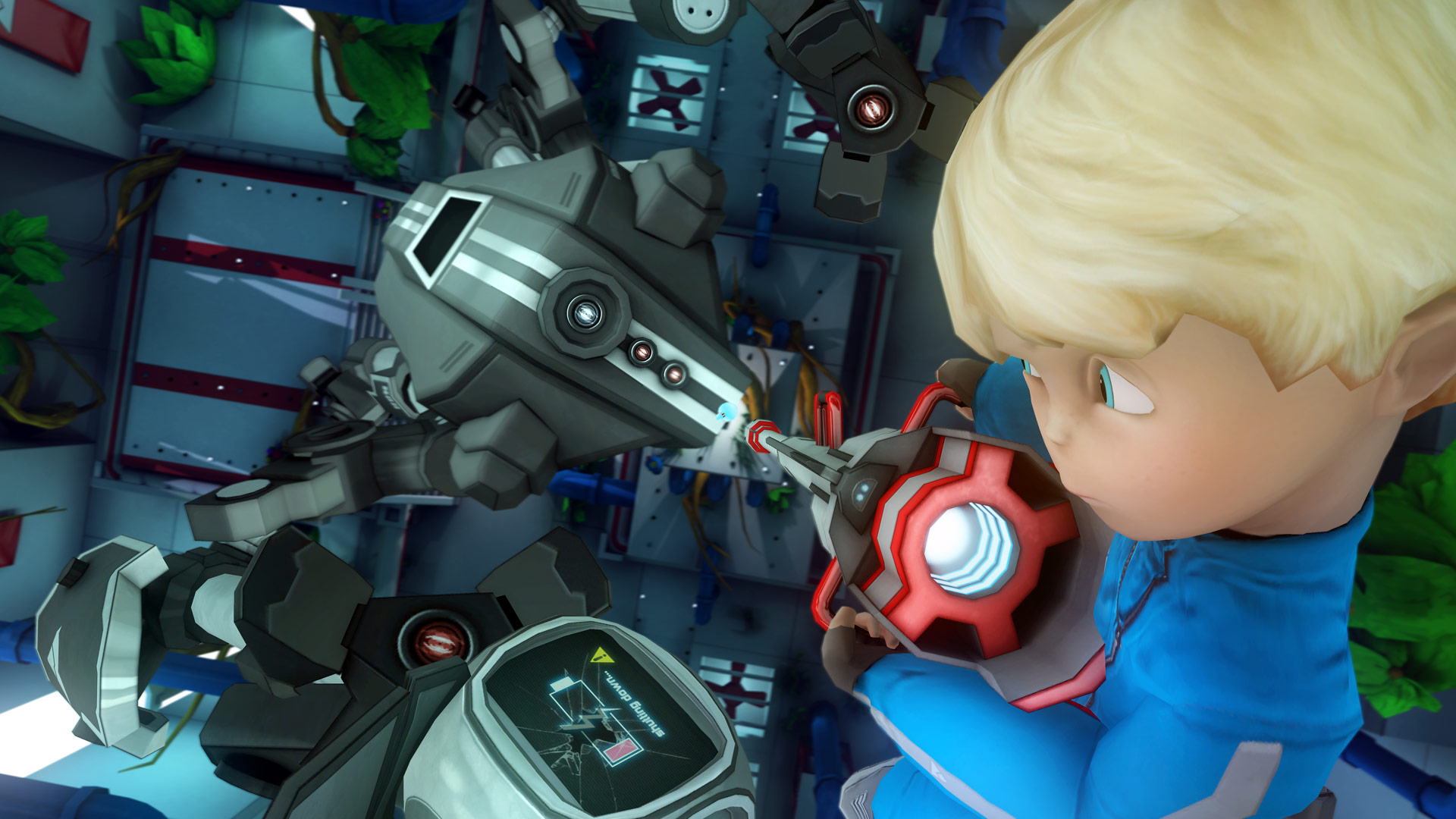 It’s amazing what one great mechanic can do for a game. By all other accounts, Jaywalker Interactive’s, Kick & Fennick is a by the numbers, somewhat uninspired platformer; it looks fine but lacks variety, the characters are forgettable and the world, despite its moments, is relatively bland. There is nothing outright wrong with any of it, but equally, there is nothing particularly memorable about it either…..oh, except for that one mechanic of course – that one mechanic that somehow makes all the difference. Kind of like Bionic Commando before it (but without much of that games’ charm), Kick & Fennick is driven by a unique mode of traversal that elevates this otherwise run of the mill sidescrolling platformer to something bordering on brilliance.

While attempting to mirror the kind of platforming double teams that PlayStation was famous for back in the early 2000s, Kick & Fennick fail to capture the imagination in the same way as Ratchet & Clank or Jak and Daxter. They’re far from offensive, but Kick is completely nondescript and his robotic companion Fennick, while undoubtedly cute, never actually has anything of note to do (other than to act as a basic checkpoint system). He’s just kind of, well, there to be honest. In fairness, they are not helped by a dialogue free tale that goes for environmental storytelling, but instead comes across as vague and uninteresting. The gestures and animations are all charming enough, but with a lack of variety and no real attempt to explain why this kid has appeared on this apparently abandoned alien planet, it’s hard to care about their brief but undoubtedly enjoyable journey. 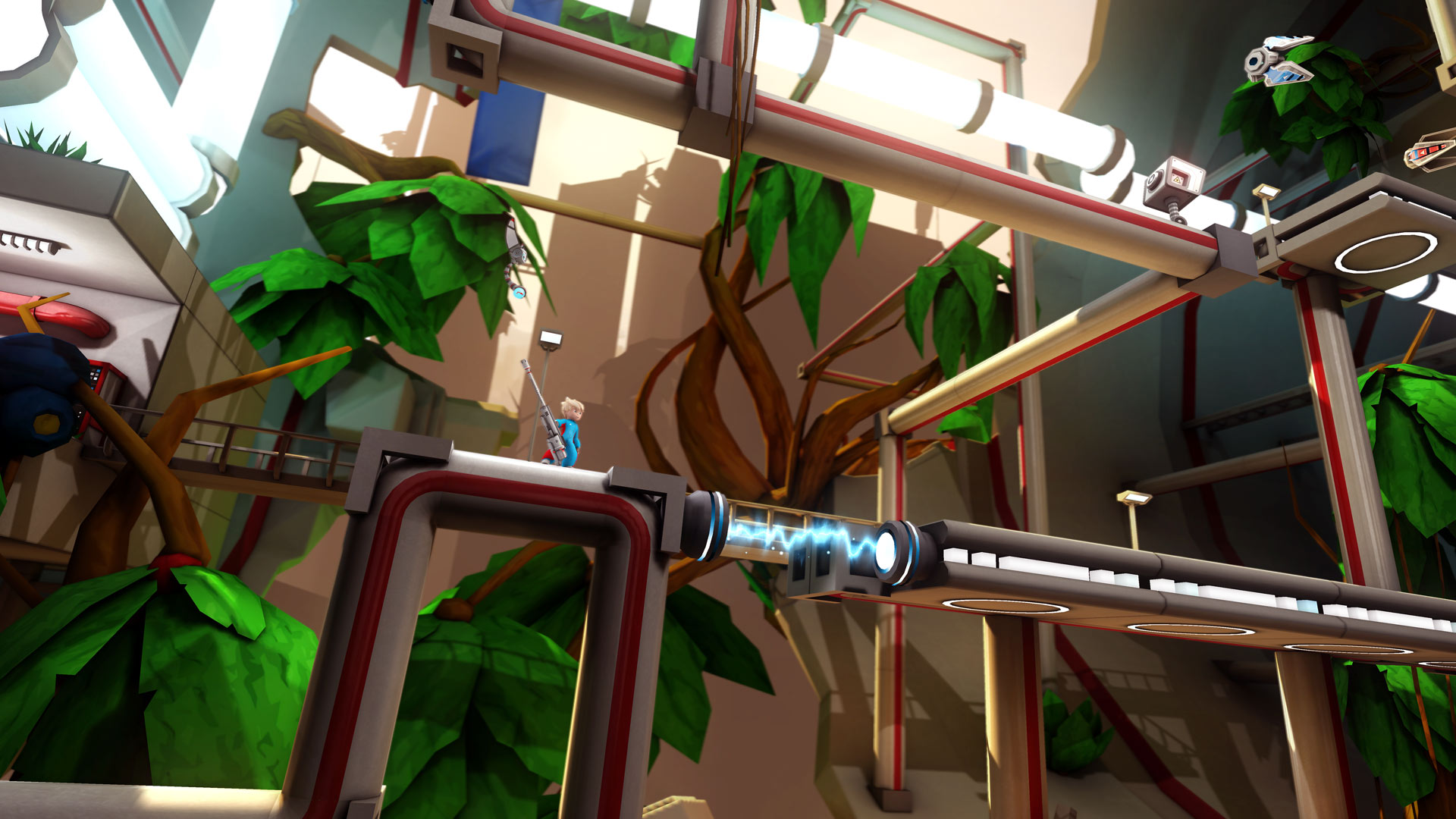 The thing is, while this is all rather disappointing, I found myself so caught up in the core gameplay that I never really cared about the samey locations or the boring central duo. This is all thanks to the simple but nonetheless inspired, energy rifle. As was the case with Bionic Commando, Kick & Fennick is one of those rare platformers in which you are unable to jump (in the traditional sense anyway). Instead, you use an energy rifle that, while also doubling up as an actual rifle, works primarily as a device for quick and acrobatic traversal.

By aiming with the right thumbstick, you are able to throw yourself into the air by simply shooting behind yourself. Your potential trajectory is outlined before you shoot with time slowed down while you aim. By slowing down time, aiming feels intuitive and completely within your control. A second shot is also available in mid-air as a more controlled double jump mechanic. In action, it’s amazingly simple, but it has been implemented with such finesse that elaborate movements and jumps become second nature almost immediately.

Yes, you can turn your rifle to shoot at the games’ minor collection of relatively forgettable enemies, but again, it is the platforming that is the primary focus, and make no mistake, the game is all the better for it. The relatively short collection of 40+ stages might be aesthetically bland, but they do at least provide a solid selection of obstacles for your unique mode of transportation. From timed electronic beams to underwater sections, Kick & Fennick’s gameplay remains fresh in a way that its visuals do not. 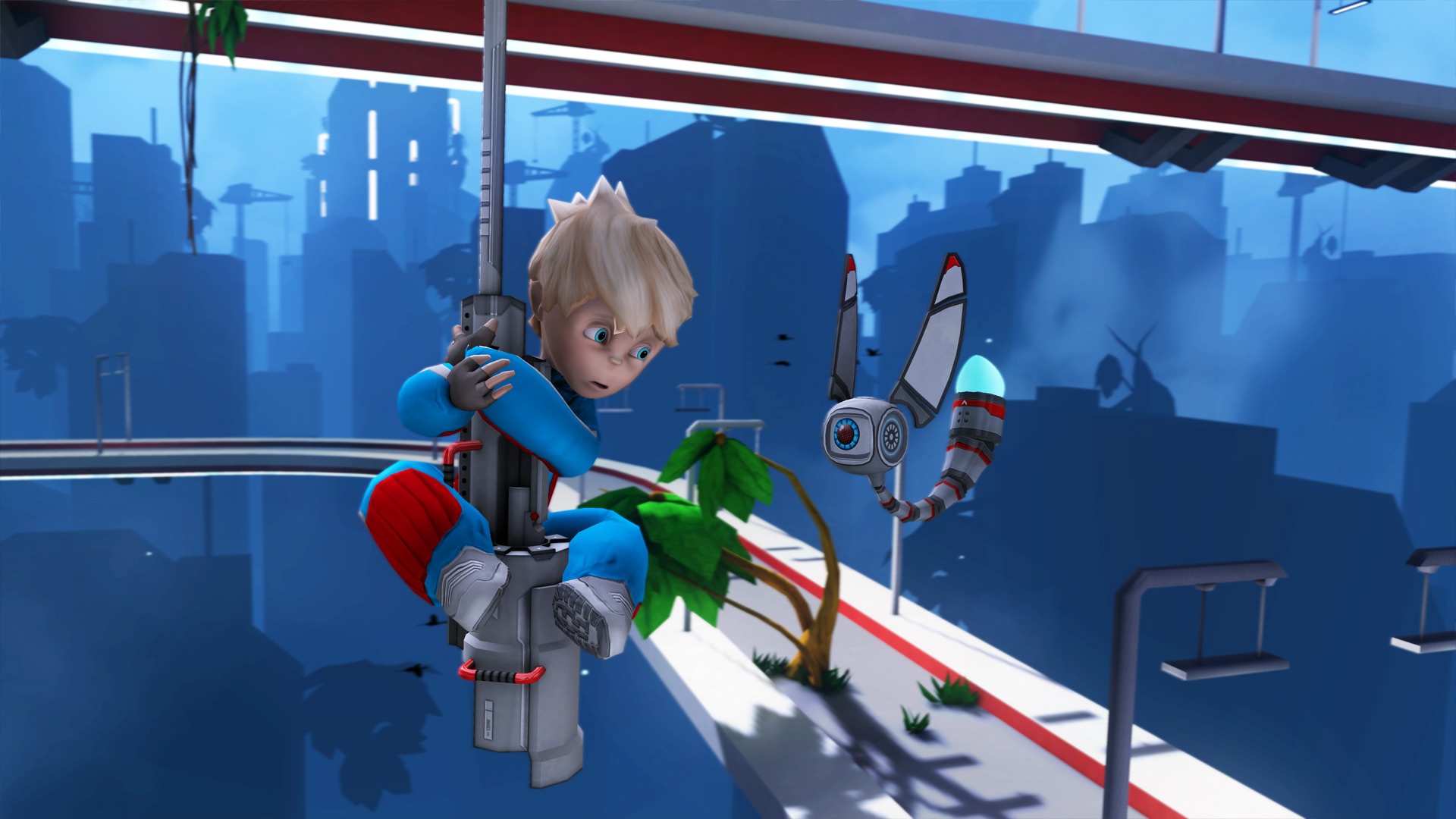 Despite the levels being relatively short and the ending of each being very poorly signposted (annoying when going for 100% completion), the collectible orbs, hidden items and selection of difficulty settings do make for a surprisingly robust package for what is a very reasonably priced video game. Again, it’s a shame that the levels lack variation and that the boss battles are mostly unimaginative affairs, but for as long as it lasts, Kick & Fennick is a unique and largely enjoyable experience.

The characters are forgettable, the world is uninspired and the story is poorly told, but despite these issues, I enjoyed just about every minute of Kick & Fennick’s adventure. With its distinctive form of traversal, Jaywalker Interactive’s platformer overcomes its issues by delivering a unique challenge built upon a single but perfectly implemented mechanic. It’s not the best looking platformer out there, or the most charming for that matter, but in terms of its core gameplay, Kick & Fennick is amongst the finest platformers of the generation.