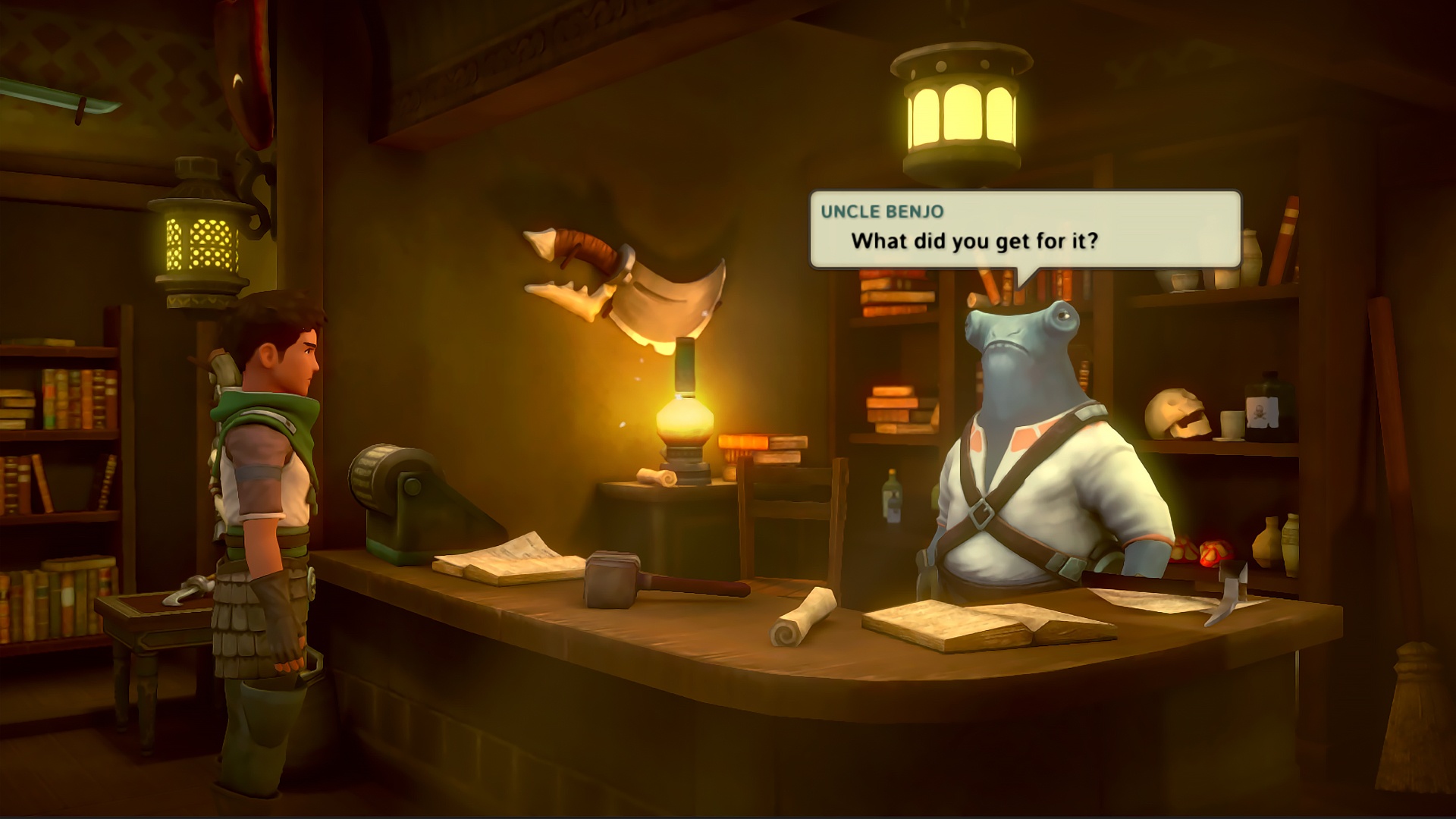 Japanese RPG’s have been fairly scarce on the Xbox One since the console launched way back in 2013.  The reason for this of course is because Microsoft is far from a popular brand in Japan.  So it was a welcome surprise when Earthlock: Festival of Magic was announced for the Xbox One.  As a huge fan of JRPG’s we were really looking forward to getting our hands on this offering from Norwegian developers Snowcastle Games.

As with most RPG’s the storyline of Earthlock: Festival of Magic is fairly standard fare.  You play as a desert scavenger Amon, who lives on Umbra, a mysterious, beautiful but harsh world that stopped spinning thousands of years ago.  While out with his uncle Benjo, Amon discovers a mysterious and valuable artifact. A few days later uncle Benjo is kidnapped and the perpetrators make it clear they want to exchange uncle Benjo for the artifact.

During your quest to rescue your uncle you’re joined by a robot,  a warrior woman, a general’s daughter and  her dog.   Combat in Earthlock: Festival of Magic is turn-based but comes with a few pleasant surprises.  The first of these is the stance system.  With this option each character adopts one of two stances when confronting enemies.  Each stance provides the character with unique abilities.  For example, Amon, being based on the thief personality,  can choose to use a dagger in combat or shoot opponents with his musket.  The stance system is a minor tweak but one that adds an extra level of strategy to what is already a well thought out game. 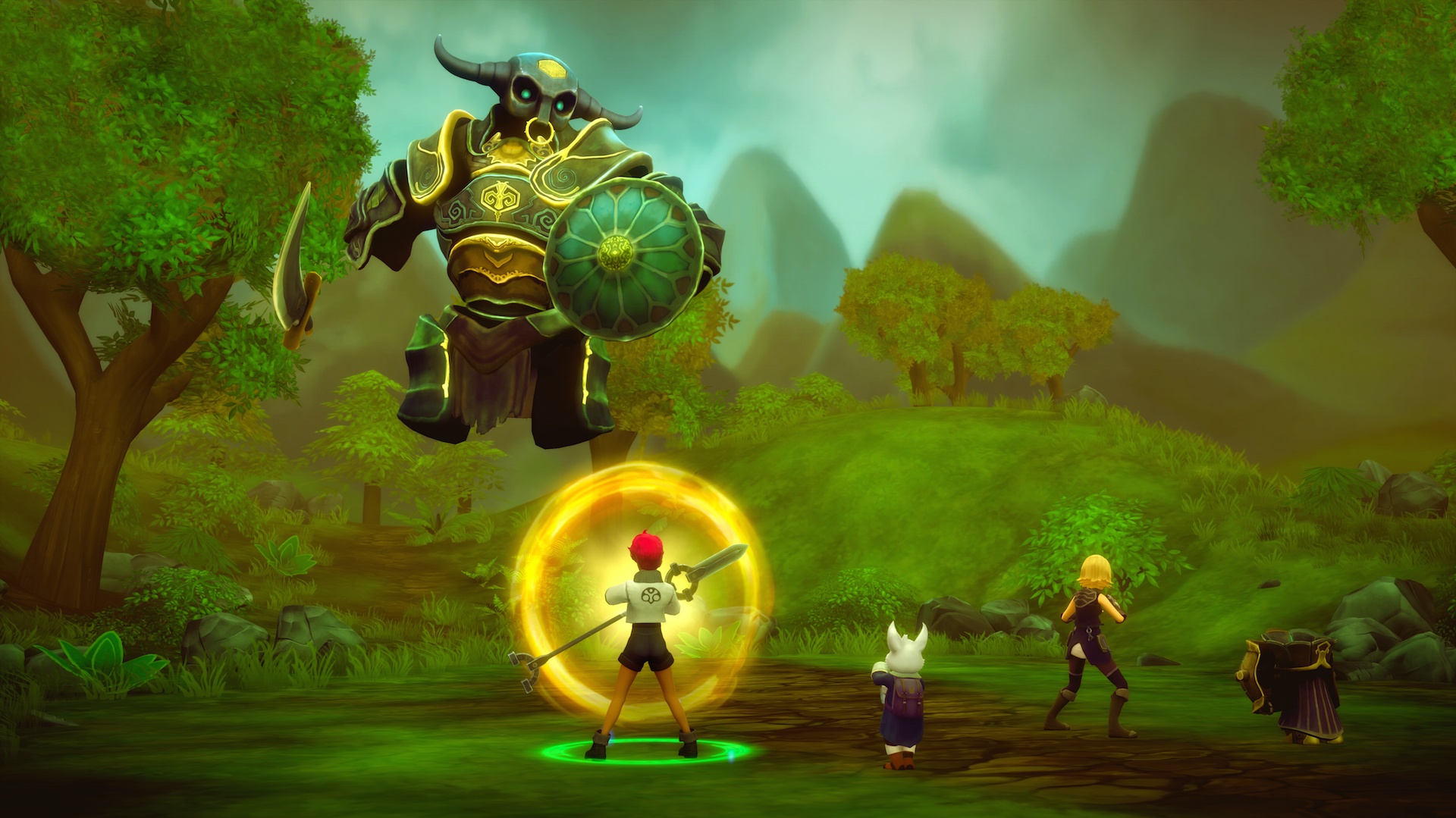 The next surprise in Earthlock: Festival of Magic is the bond system.  This option is exactly what it sounds like; you can bond or pair characters up in groups of two. When bonded both characters unlock passive buffs that can be used in combat and, together,  they fill up a super meter that they can use against adversaries.  Once the meter is maxed, each character is able to use a third stance which is increases the strength of their existing skills.  Excellent.   Unlike most Western RPG’s that are usually tightly scripted,  Earthlock: Festival of Magic can often leave you wondering what to do next. The best way around this is to pay special attention to in-game dialogue as that will usually give you an idea of where you should be heading next.  It’s worth mentioning at this point that locations in Earthlock: Festival of Magic are fairly close together and there are a generous number of teleportation points which also allow you to save your progress.  So you won’t be spending too much time wondering across desert wastelands or sun-bleached canyons searching for civilization.

Audiowise,  Earthlock: Festival of Magic does away with voice acting and instead favours written text boxes that,  in our opinion, work just as well as employing actors.  The music accompanying the game is suitably chilled out and almost arabesque.  Some of the tunes seem to last for a bit longer than we’d liked but that’s hardly a deal breaker in this case. 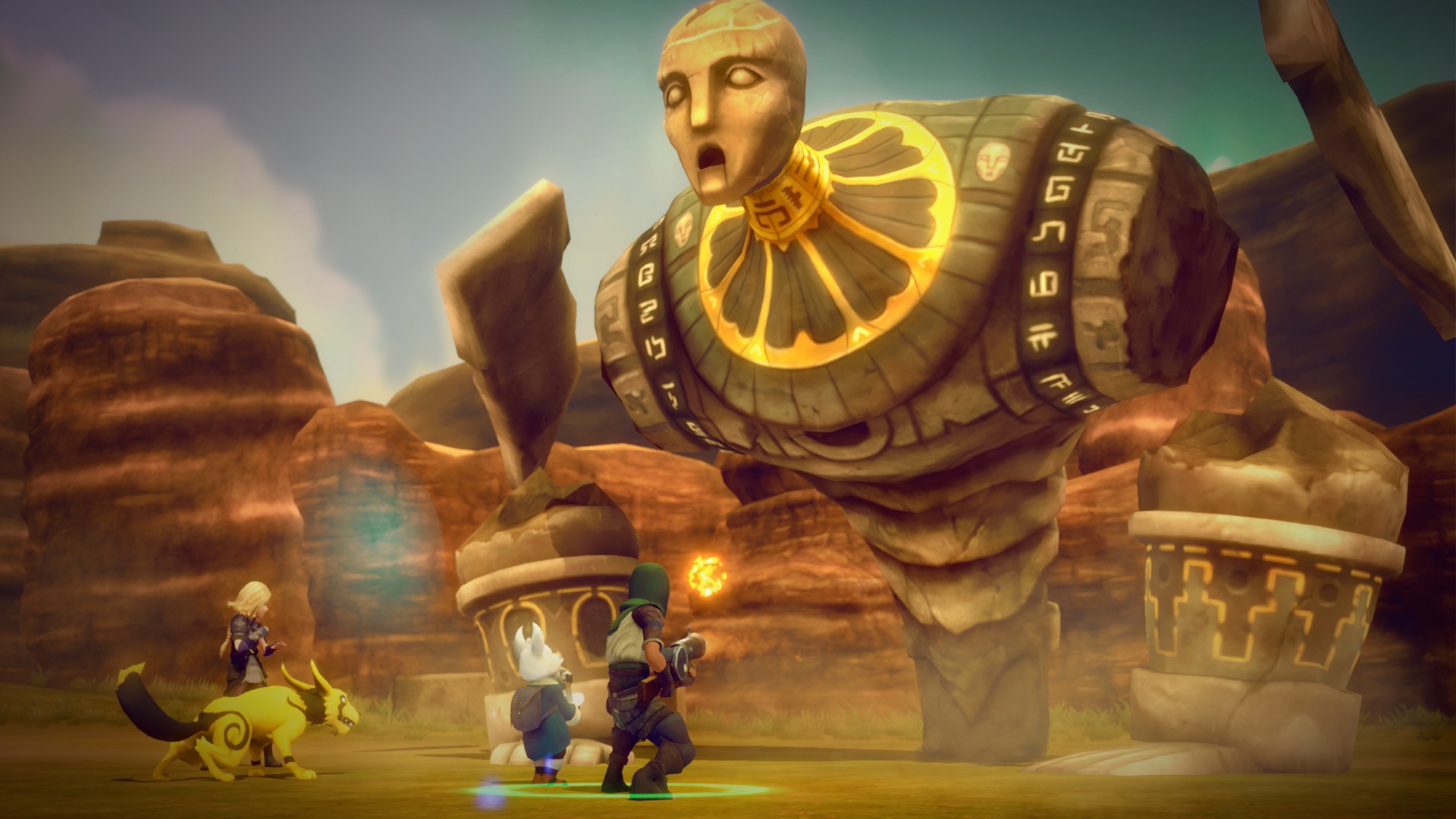 The only niggles we had with Earthlock: Festival of Magic was the conspicuous absence of an onscreen map.  Keeping track of where you are and where you need to get to would have been much easier if the developers had provided a map and perhaps a more detailed journal.  We also felt that some use could have been made of the right hand thumb stick as this is virtually ignored by the game.  But, again,  none of these detract from the excellence that is Earthlock: Festival of Magic.

For anyone who has sacrificed hundreds of hours to the altars of Final Fantasy Explorer, Bravely Second: End Layer and worthy titles like Dragon’s Dogma: Dark Arisen,  then Earthlock: Festival of Magic is an essential purchase.  And the fact that it’s a free game on Xbox Gold for September means there’s absolutely no reason to miss out on this great game.  Highly recommended.