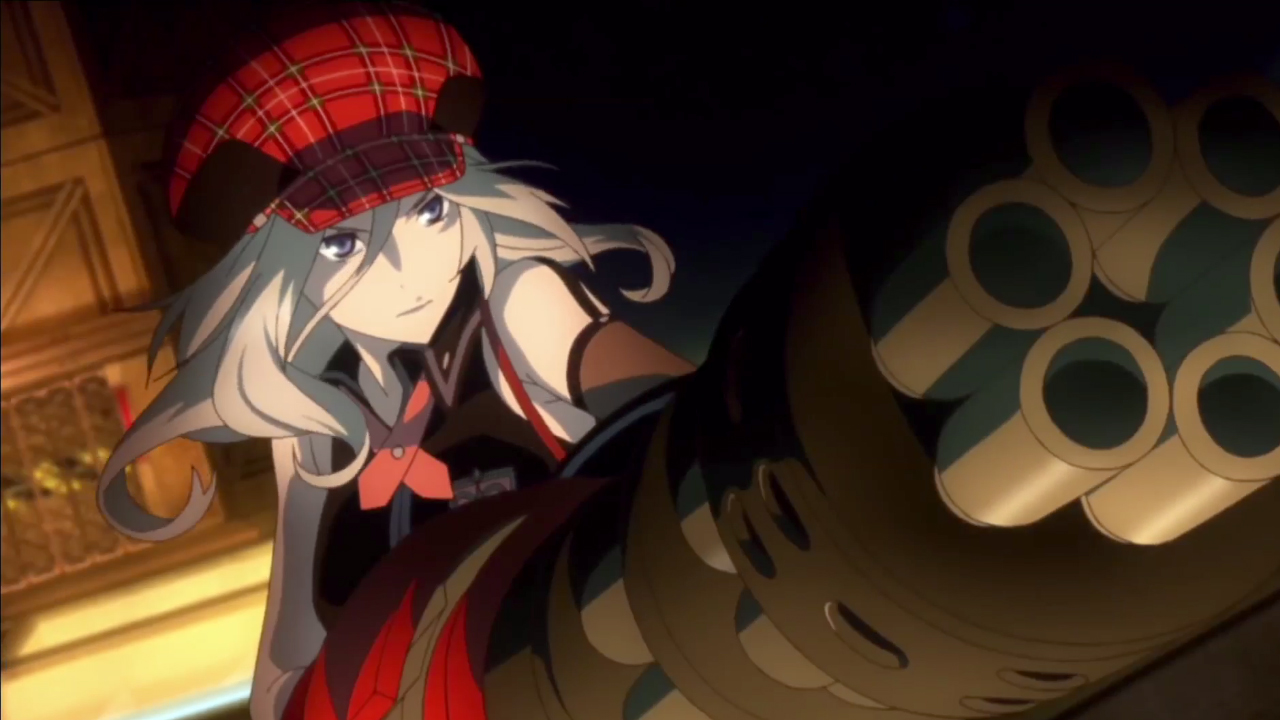 If you’ve read my recent review for, God Eater Resurrection then you’ve essentially read my review for its sequel as, other than a new collection of primary characters, this is, for all intents and purposes, largely the same game. And when I say the same game, I really mean just that – the same game. The same loading screens, the same menu layouts, the same format, reused locations and incredibly familiar enemies. Yes, this is a sequel in so much that it has a ‘2’ in the title, but in practice, this is little more than a large-scale expansion pack.

Still, while it is disappointing that Namco Bandai and Shift didn’t push the boat out for the sequel (or even take it out of storage for that matter), God Eater 2, like it’s visually upgraded predecessor, remains a solidly enjoyable if somewhat derivative experience. It still has that low-rent visual style and the cast, while interesting enough, remain unwavering anime archetypes, but despite these lingering issues, the gameplay is as slick and enjoyable as ever, the loot system as addictive as anything out there and the world itself (despite the relatively unimpressive visuals), a compelling mix of unique lore and mostly likeable characters. So, a mixed bag then, but one whose faults remain surprisingly easy to overlook.

The story is as absurd as it has always been, and while it does get better as you progress through the game, it is once again extremely slow to get going. The bigger issue however is that nothing is really explained. It just kind of throws you in at the deep end and assumes that you know all there is to know about the Aragami (God Eater’s monsters) and the current predicament of this war ravaged Earth. You could of course argue that knowing what going on isn’t all that important (this really is more about the hunt than anything else), but what’s not so easy to overlook is the series’ insistence on keeping essential information under lock and key. 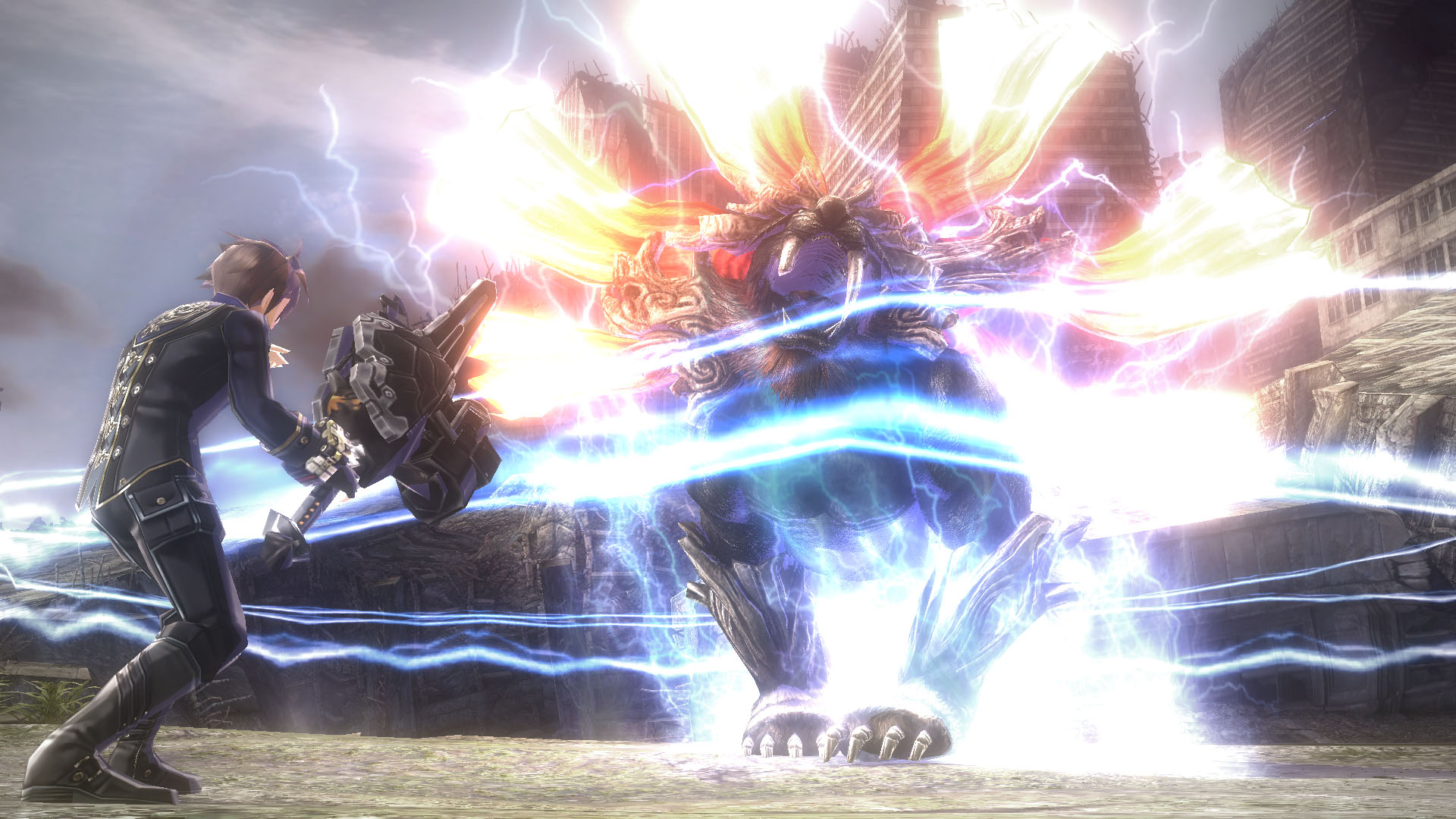 Everything you need to know is available to you of course, but unless you want to trawl your way through tons of emails, you’re likely to find yourself coming across useful skills more by chance than design. There is a basic set of tutorials early in the game, but they only provide an explanation for the basic, core controls. God Eater 2 is home to a great deal of depth, and for some strange reason, Shift appear determined to keep that on the down low.

Still, when you do figure out the finer points of combat and team management (and you will), God Eater 2: Rage Burst reveals itself to be one of the more competent Monster Hunter clones on the market. It still lacks the polish of Capcom’s finest, and it’s certainly not as charming as Koei Tecmo’s brilliant, Toukiden: Kiwami, but again, like its predecessor, it delivers a more accessible and immediate experience.

Things do get trickier as you progress throughout the game and latter stages and missions benefit from the God Eater’s brilliant four player online co-op, but for the first, well, dozen or so hours, you’ll be fine rocking about with the competent AI as you slice and shoot your way through a selection of brilliantly designed Aragami. It would have been nice if they had included more in the way of new designs, but what is here is undeniably cool and taking down one of the larger beasts with your team (AI or online) remains a genuine joy. 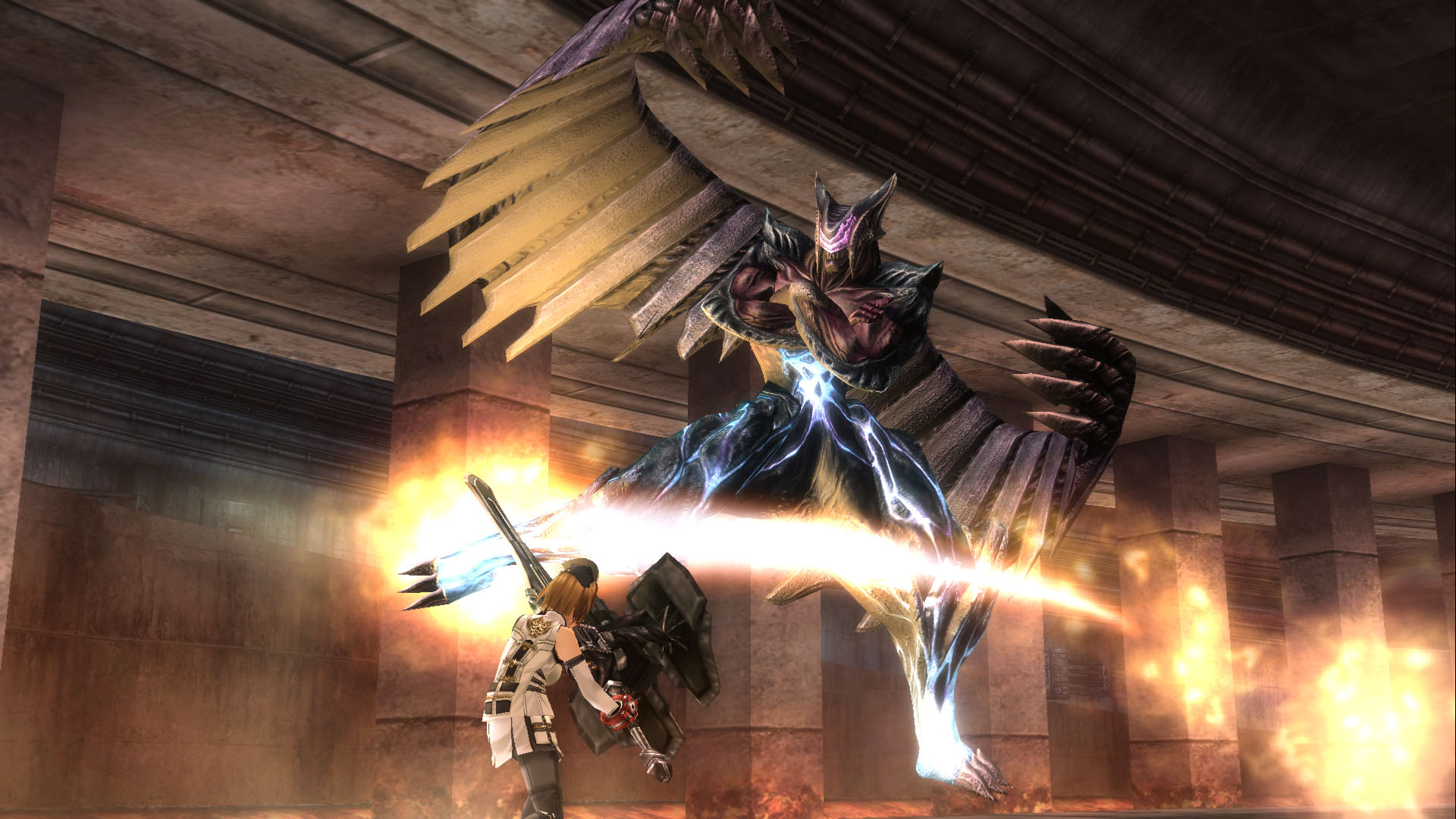 Equally fantastic is the games’ weaponry. Again, the majority of weapons are exactly the same as those found in the original, but wielding these oversized monstrosities proves as fun as ever with the ability to change between close-ranged melee and long-range rifles on the fly one of God Eater’s smartest design choices. With a vast collection of ammo and numerous buffs and upgrades, the battle system is as deep as you want it to be, but at its core, the combat is as pleasantly straightforward as ever, thus making this one of the most accessible games of its type and something that you can easily drop in and out of at your convenience.

Despite offering very little in the way of genuinely new content, God Eater 2: Rage Burst stands comfortably as one of the finest Monster Hunter Clones on the market. The visuals fail to impress from a technical standpoint and the audio is often terrible (some of the dialogue appears to have been recorded in a bin), but the art design remains of a high (if slightly repetitive) standard with the gameplay continuing to provide hours of Aragami hunting fun. Whether it be with the impressive AI or a collection of friends online, taking down giant Aragami proves as addictive and enjoyable as ever, and while it would have been nice if Shift had moved beyond the successful template established by its predecessor, there is something to be said for sticking with a winning formula.