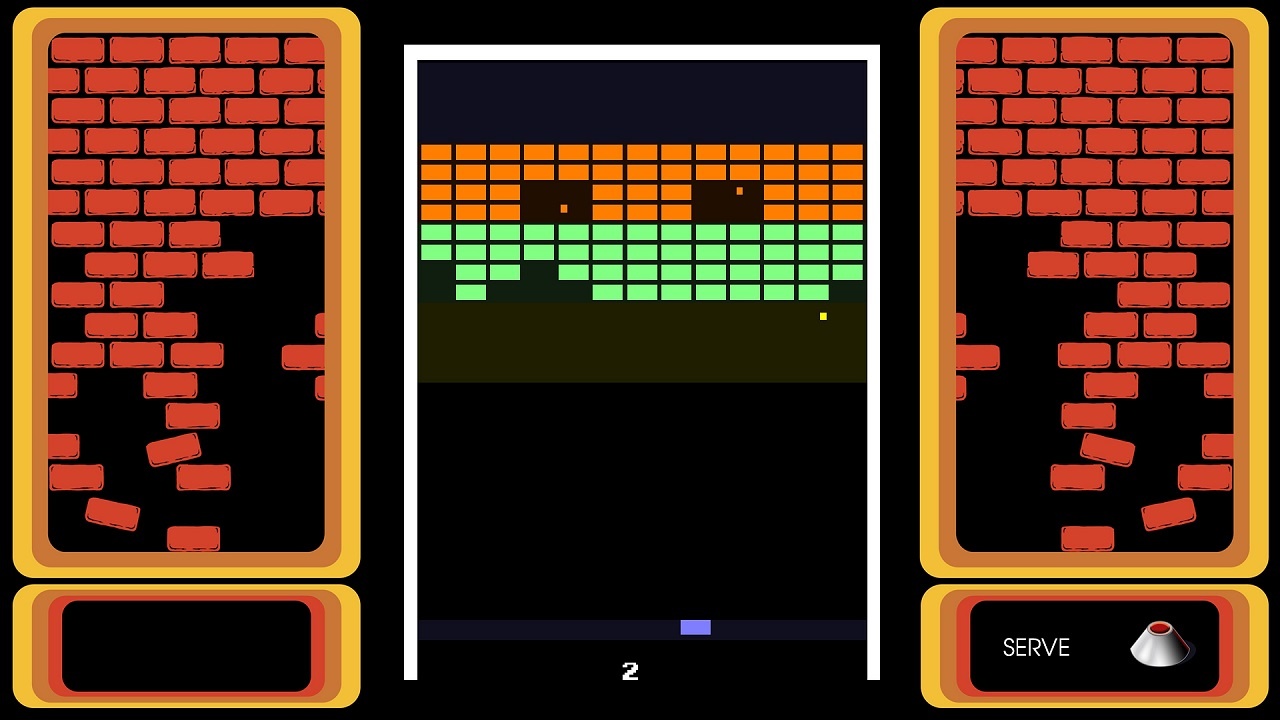 While I appreciate that my first console was a Commodore 64 rather than an Arati 2600, even without the nostalgia that is intrinsically linked to the 8-bit era of gaming, I would argue that many of the finest video games from that time still hold up thanks to the simplistic charm of the mechanics and the timeless nature of the visuals. They might be rudimentary by today’s standards, but they often stand the test of time thanks to their stylised design and addictive and carefully crafted gameplay – I’m not sure that same can be said of the 2600 and its 128 bytes of RAM.

Simply put, even with the added benefit of nostalgia, many of the Atari 2600’s games are, well, they’re pretty rubbish. Developers working within strict technical limitations have brought us some of the finest video games of all time, but here, I’d argue that the limitations are just too strict. Don’t get me wrong, there is some fun to be had amidst Atari Flashback Classics Volume 2’s collection of 41 2600 video games, but for the most part, many of the titles here are too limited by the technology of the time to be genuinely enjoyable today.

That might sound harsh, and those who grew up with the 2600 might scoff at the suggestion, but in the cold light of day, the vast majority of 2600 video games aren’t fun to play anymore…..but that’s ok. Whether it be scratching a nostalgic itch or educating modern gamers on an era that is often overlooked in favour of its 8 and 16-bit counterparts, Atari Flashback Classics Volume 2, like its predecessor, does a ‘mostly’ great job of providing an often stark reminder of where the industry started, and of course, how far it has come since the late 70s and early 80’.

With fantastic presentation and a clear love for the console and its games, the Flashback collection might serve as little more than a museum-like exhibition, but it’s an impressive exhibition all the same, one that incorporates nostalgia at every turn while delivering additional content where possible. Including the full manuals for each game probably isn’t strictly necessary, but along with the visual representation of the individual cartridges and the original artwork for each title, Flashback’s menus arguably look better than the games themselves. Add to that, a sort of virtual console overlaid for each game, and you’ve got an experience as true to the original as possible. 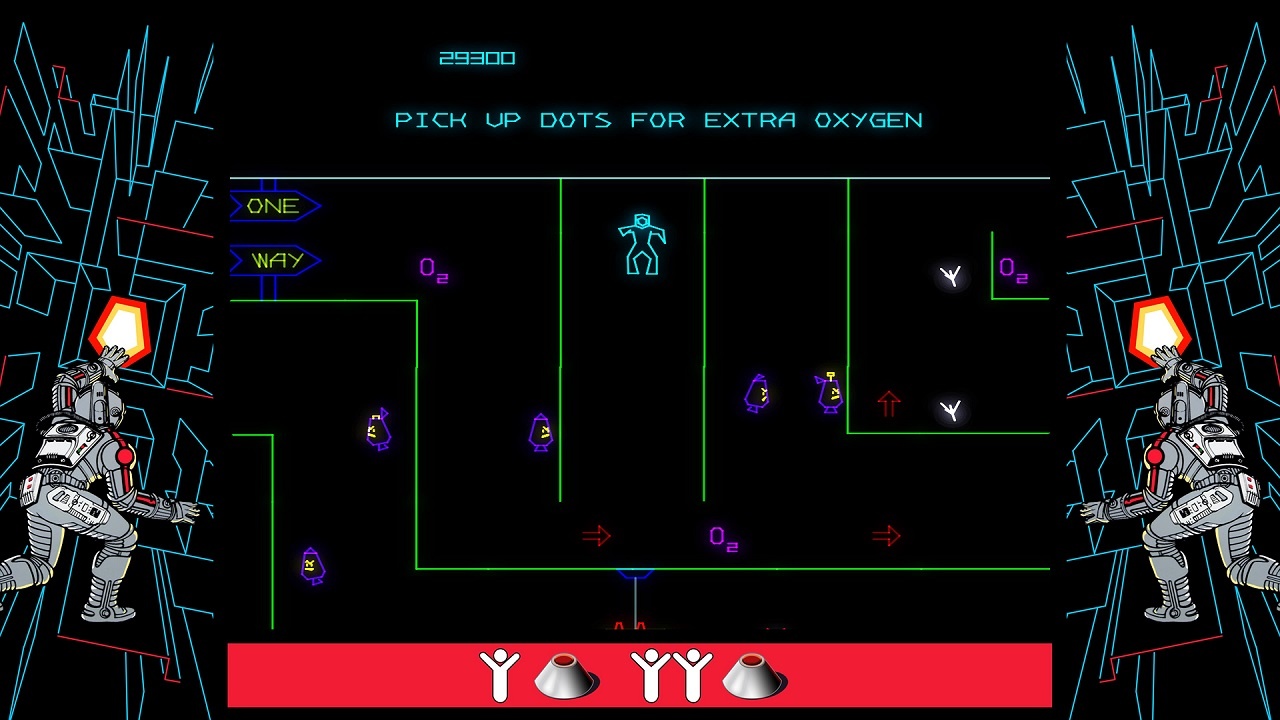 Sadly, that commitment to authenticity is both for better and for worse. The games themselves are fantastic emulations of the original titles, but as I mentioned previously, those games are often rather rough by today’s standards. There is a certain charm to the incredibly basic visuals and outrageously old fashioned sound design, but it only lasts for so long, and while each game is worth a cursory glance, there are many that you will play for 5 minutes and never go back to again. Heck, even some of the classics of the time make for pretty grim experiences today. While I’d argue that the 2600 version of Missile Command remains a genuinely enjoyable game to this day, the same can’t be said of Breakout which, thanks largely to a lack of comparable control scheme, feels awkward and overly twitchy when played with an analogue stick or D-pad.

Despite the inclusion of multiple control schemes, the issue of replicating the experience of playing with a traditional joy stick or track-ball is prevalent across the entire collection, and while it affects different games to varying degrees, it does serve as a constant reminder that, while the emulation is very impressive across the board, there is no substitute for experiencing these games on their original hardware.

This is especially true of the 9 arcade games included in the collection. Without a track-ball, the control scheme for games such as Crystal Classics, Red Baron and Super Breakout do take some getting used to, but while I appreciate that they will never be arcade perfect when played with an analogue stick, it should be noted that the 9 arcade games available provide the most fun you are likely to have with this collection.

Even if you’ve never played the likes of Asteroids, Missile Command or Gravitar before, these brilliantly recreated arcade classics tend to hold up in a way that the 2600 games often don’t. Yes, they’re still very simplistic, but thanks to the clean wireframe visuals and clearly defined design, many of these games are as fun today as they were back in the 70s and 80s. Add to this a smartly implemented collection of Achievements, and you suddenly have a collection of games worth the price of admission regardless of whether you have an associated sense of nostalgia or not – honestly, trying to unlock the ‘pacifist’ achievement on Asteroids must have been one of the most intense and exciting gaming experiences I have had in quite some time. 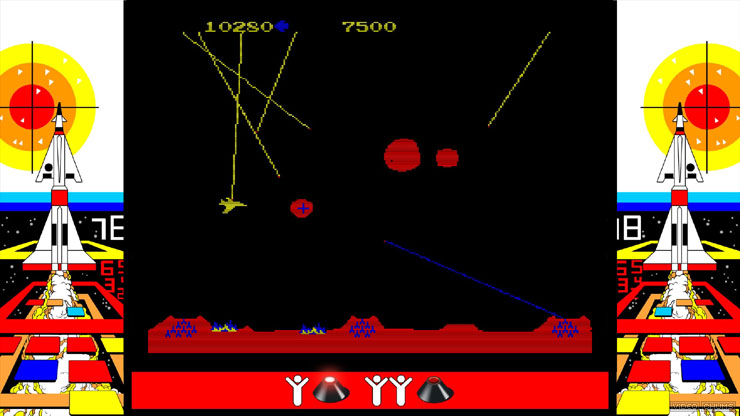 This collection has clearly been assembled with the care and attention that Atari’s legacy deserves, and there is no doubt that even the worst games in this assemblage of classics provide interesting insight into the industry’s past, but as successfully as they have been preserved and as impressively as they have been presented here, gamers with more modern tastes should be made aware of the technical limitations that make many of the 2600 games almost unplayable by today’s standards.

Luckily, while the 2600 games all suffer from the technical limitations of the hardware, the 9 strong collection of arcade ports nearly all stand the test of time with classic such as Asteroids and Missile Command in particular proving as addictive today as they were upon their original release. Yes, the lack of a trackball does make controlling certain games a tad fidgety, but these issues are often overcome swiftly (with the sad exception of Breakout), allowing for that classic arcade-style gameplay to successfully shine through. Like its predecessor, Atari Flashback Classics Volume 2 is an extremely mixed bag, but with a handful of classics to go along with a rather large number of less enjoyable curios, this latest collection does a solid job of preserving the past while delivering a much needed reminder of where the industry started.