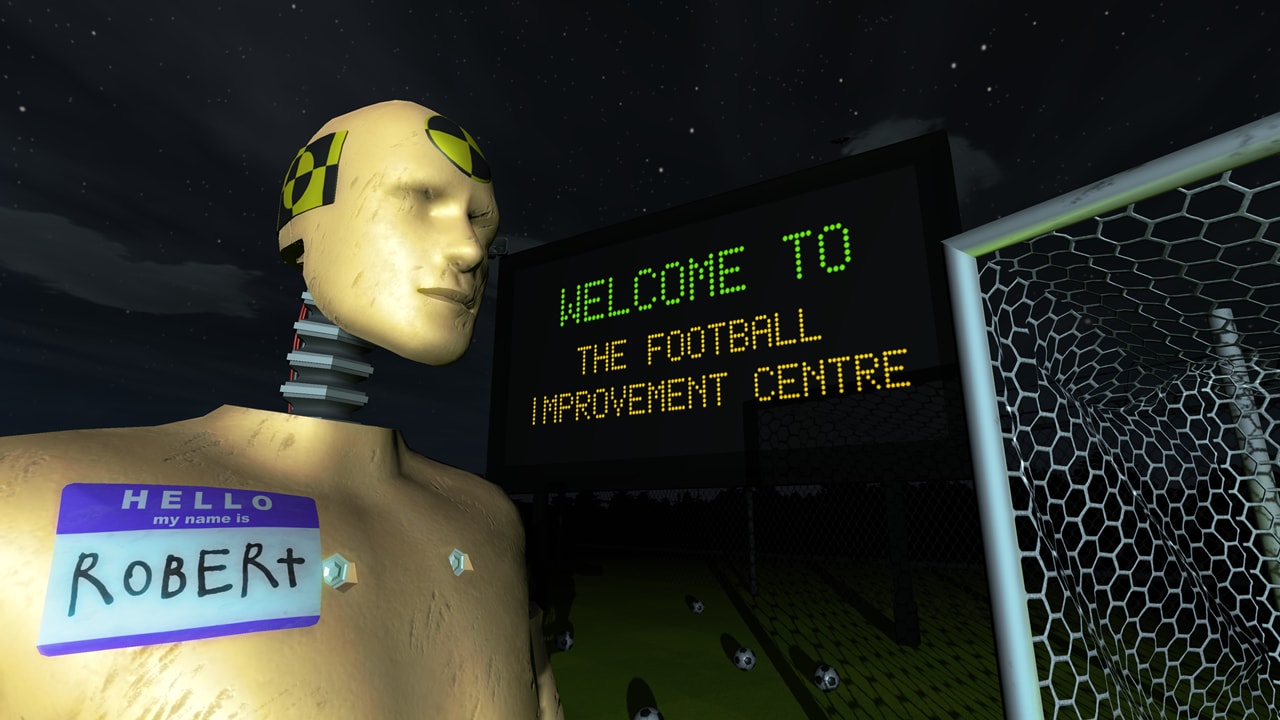 I always enjoy playing games like Headmaster, as it allows you to be fully immersed as games like these have a hands free control scheme. The only movement is done by you, rather than you moving your head in a direction through the right analogue stick. This means there is basically no way to get sick in this game, unless you spend hours on end in it; but that’s true with any VR game no matter what you do. As well as being clear of motion sickness, Headmaster also brings humour through its randomness and the amusing commentary, which is just the VR experience you can enjoy alone and with others.

This game is rather simple as well as being good, so there isn’t too much to say about it; the true fun can only be believed if you actually play it, but I shall do my best to convince you how good this game is. The gameplay, as mentioned above, only involves the movement of your head. The aim of the game is to get as many point as you can by hitting balls into the goal and at targets, and then eventually graduate from header school. You are given a number of balls and a target score and you have to hope that your skills are good enough. There are tests in between in order to access the next tier of lessons, and this is a good technique of making the game longer and giving more content to the player enjoying themselves. 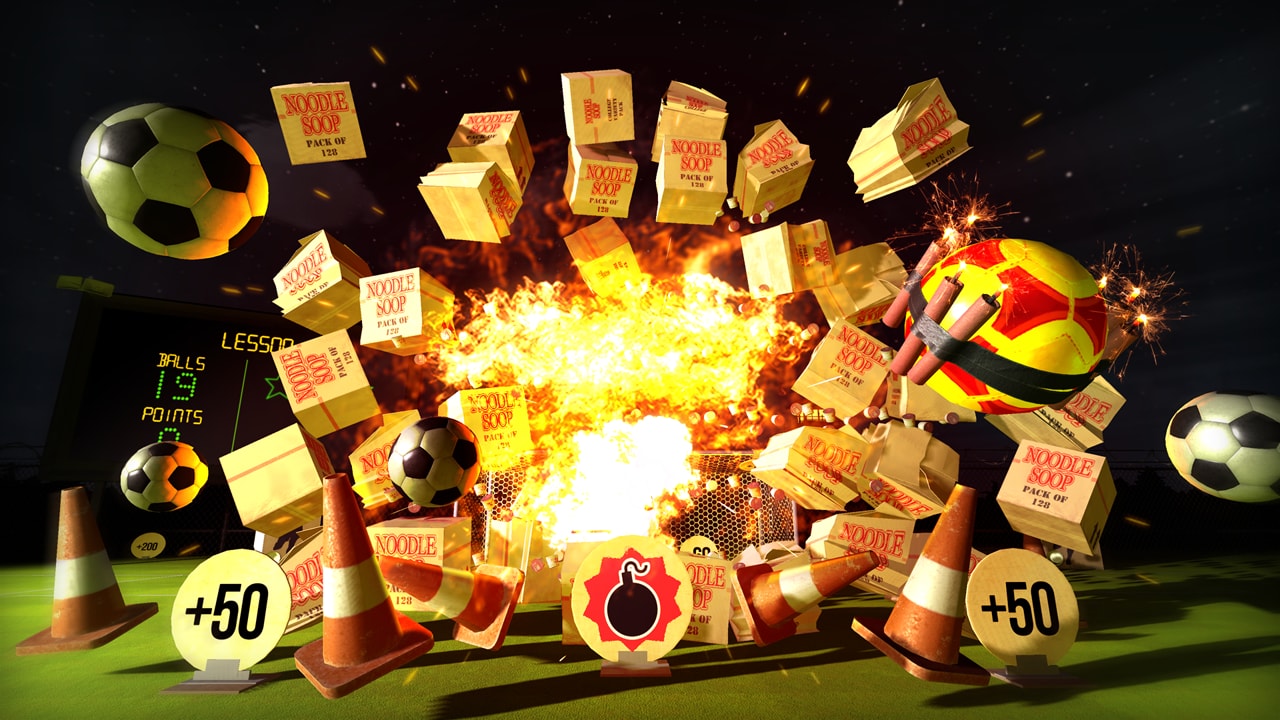 After you blast past the first few easy levels while you learn the ropes, you start to get to the more challenging and arguably more fun stuff. There are more moving targets introduced and special targets that replace your next three footballs with beach balls and other such random advantages. There are also three steps of success in Headmaster by using a 3 star system: Getting one star allows you to pass onto the next level (but it isn’t really adequate as you need a certain amount of stars to take the exam for that tier), two stars which doesn’t mean much at all apart from collecting more stars, and three starts which gives you a mystery item to header. This item is then found in your room to make it look less like a prison, which works as the menu and level select screen.

The game also has a good element of humour to it, this is done from a mix of the commentary from the gentleman taking you through your course and the randomness of the items that you are given. When you’re all caught up in VR and then suddenly get a radio thrown at you, the ridiculousness is enough to make you smile. And the commentator does have some relatively amusing jokes throughout, which to me was surprising as usually humour in games does a miss most of the time. My only quarrel with this game is that sometimes it’s pretty damn hard to control, and this can get quite frustrating at times. 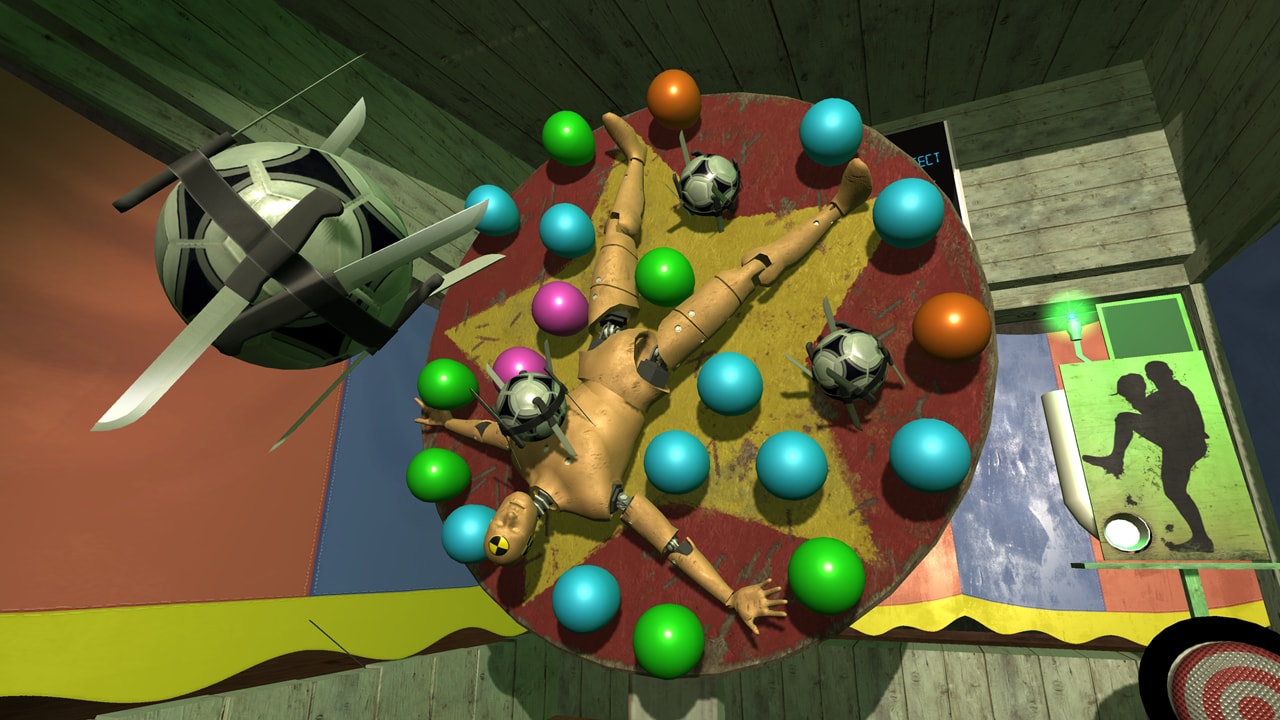 Overall, I’m going to give Headmaster a 7 out of 10. The game is a good hands free experience and is fun to play by yourself and with friends. While the base gameplay is the same, the game takes actions to keep the player on their toes and it does a splendid job. And for a cheap price as well this would be a good purchase, there is also little risk of motion sickness so it’s also a safe game for those new to VR. It’s something fun to start with in VR before you get onto the hardcore and motion sickness inducing games.