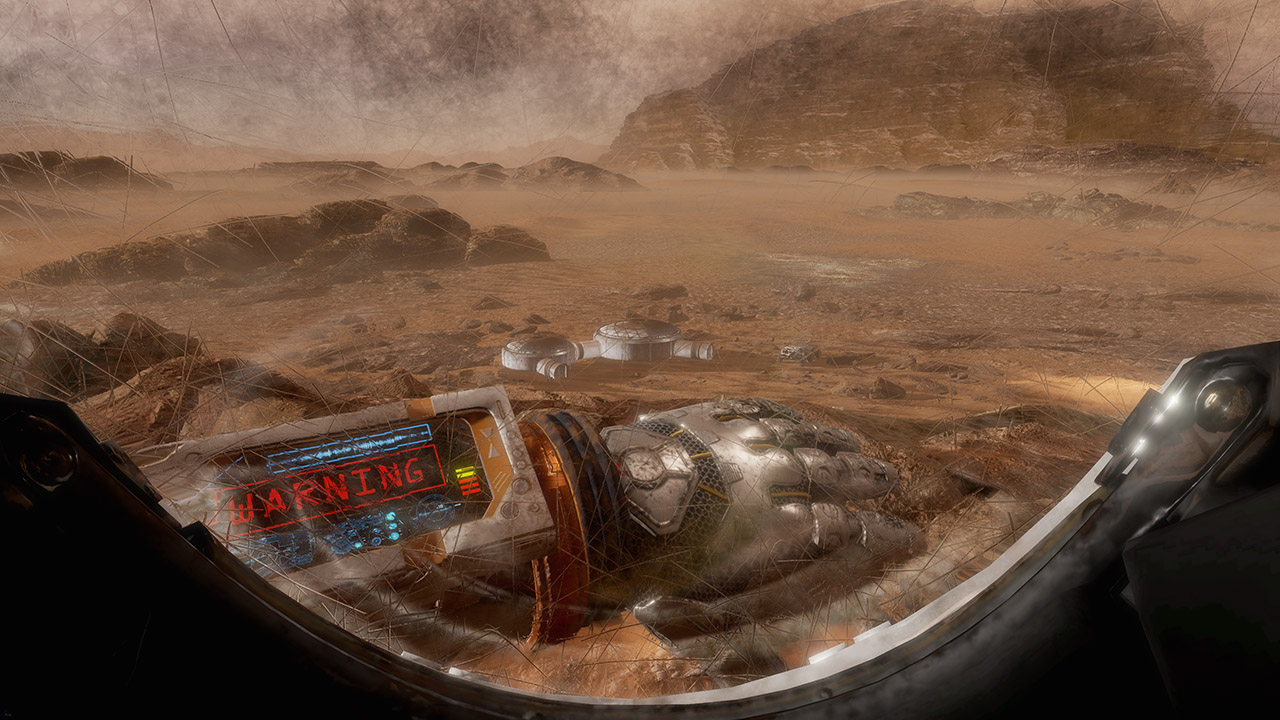 How cool would VR be, if not only you could be in situations you would never find yourself in, but also if you could explore other worlds? Well that’s what I was hoping for, but I’m afraid there is nothing on this planet but disappointment.

This VR Experience, if you can call it that, is poor whether you’ve seen The Martian or not. This whole thing was something I would expect to see as a demo, or a free proof of concept game like the Call of Duty: Infinite Warfare experience; but no, the only concept proved by this game is that bad VR games can still make it onto the safe haven of consoles.

The game has a set pattern: you see a clip from the film, then do a little task which lasts about 2 minutes and then rinse and repeat. The clips from the film are in cinematic mode, but are such a terrible quality that it doesn’t even benefit from these inter-splicing clips. And these clip timings are arbitrarily frequent so every two seconds you feel like you are watching a crappy cut of the film. The tasks you do are not only short, but seem like they have so little effort put into them compared to the other VR games out there; throwing potatoes into a pot right next to you isn’t my idea of an experience. 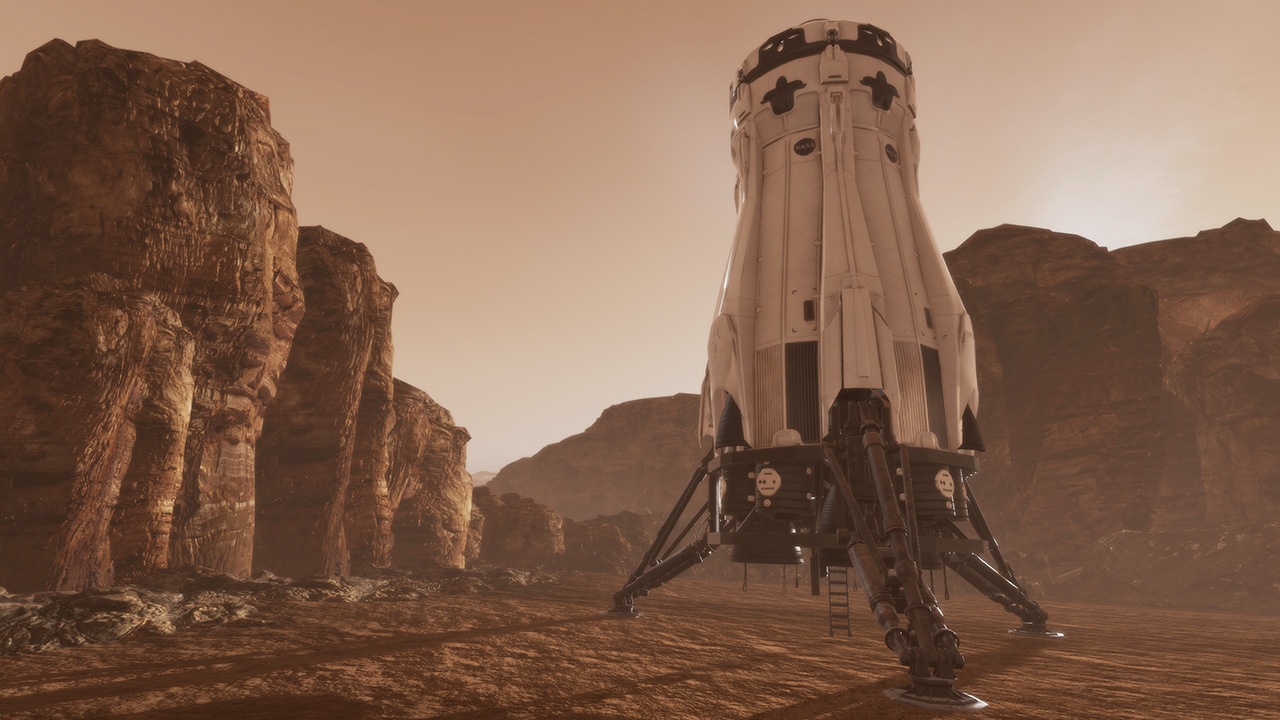 The way this game plays out makes it seem like a game version of the whole movie, but with a lot less detail than the actual movie in every aspect. This would be interesting if there was more to it, but unfortunately this game has no substance. I stand by the idea it would be worth playing if it was free, but whether you pay for it or not it doesn’t stop it from being a bad.

The graphics of the VR parts are half decent, but the controls are shocking. I have a decent space in my room that works with every game so far, but this game took all my slight movements as extreme gestures. 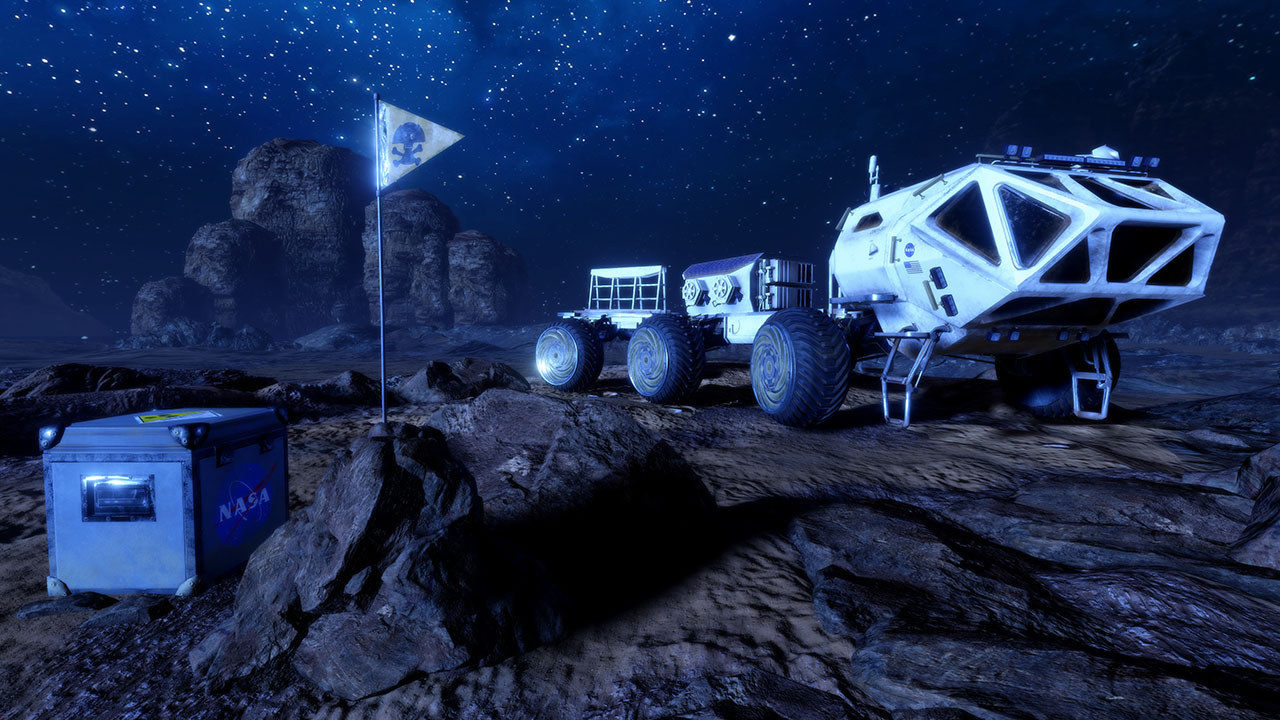 The reason I deem this game to be bad, in addition to the reasons above, is because of the requirements to play this poor excuse for a game. You need the move controllers; otherwise this game is a no go. Most games don’t use these controllers, and if they do they at least have alternate control schemes so you don’t have to. But to expect someone to buy all the hardware that the PSVR requires and these controllers, only to find out that this game isn’t even a game and more of an experience that should be free; that is taking the mick a bit.

I’m going to give The Martian VR Experience 2 out of 10, it’s nice to look half the time when the settings aren’t bland; and not bland in terms of space as I find that setting quite exciting, but there is basically nothing to see in the short amount of time you actually have control. But for the rest of the time it is trash. If you really want to experience The Martian then just watch the film on a big screen, it isn’t worth getting yourself into this. There is much more PSVR has to offer, like Batman VR. Before you’ll know it, they’ll be a space game that actually looks amazing.