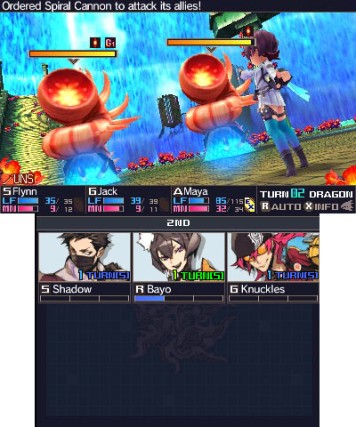 It’s a pleasant surprise that 7th Dragon III Code: VFD got released here in the west. As its complex name suggests, it’s a sequel (the third game in the series, rather than the seventh), but none of its predecessors have been released in English. There’s also fairly little to differentiate it from any number of Nintendo 3DS RPGs that Japan churns out on a regular basis. However, while it may seem like an odd choice for release, it is without doubt a competent game which provides a solid dungeon-crawling experience.

7th Dragon III Code: VFD begins with an impressive character creator menu – you are presented with a fair few different anime-style character drawings, which you then customise the colour scheme of, select a voice for, determine a class type, and finally name. This process alone took me a good 20 minutes, simply because there is so much variety on offer. There are 20 male and 20 female voices to choose from, all of them famous voice actors in Japan (as in, if you’ve watched any anime at all, you will have heard the work of some of them), and you can mix and match these voices with a ton of different, but all appealing, character art to find your perfect set. The different class types are quite unconventional by RPG standards: rather than the typical knight, mage, etc, you are given the choice of Agent, God Hand, Samurai and Duelist. You then return to this character creation menu later in the game whenever you want to make further members for your party, as you unlock more character sprites and classes. In short, if you love RPG character customisation, then this is already going to be a game you enjoy. 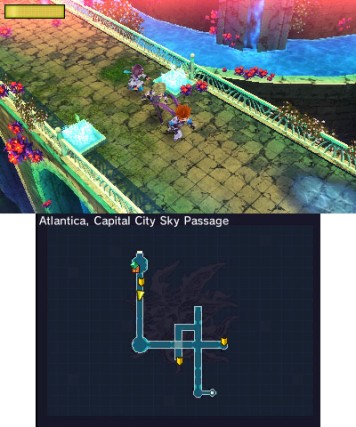 The game’s story takes place in a world where a video game, 7th Encount, is incredibly popular. This game involves the player roaming around dungeons fighting dragons – shock horror, it turns out 7th Encount is actually a training tool for a real dragon invasion, which starts to occur near the start of the game. The player’s character is roped into helping the company which made 7th Encount to fight off the dragons. Doing this is not so simple – it requires the hero’s party to travel through six different time periods, defeating dragons in each one to obtain samples which will allow them to defeat the dreaded 7th Dragon, named VFD. The game’s unwieldy title makes a bit more sense now, right?

The gameplay is fairly typical RPQ fare: you run around dungeons engaging in random encounters with enemies, and level up and receive items and money the more you defeat them, until eventually you can take on the big bad dragons. A lot of the enjoyment in this comes from the aforementioned class types, which are as unique as they sound. The Agent, for example, uses their powers to “hack” enemies, and can thereafter make them fight each other. The God Hand class does attacks which build up their level of inflicted damage over time, requiring tactical decisions on which enemies to target. Each class has their own idiosyncrasies, and working these out (and working out the best way to combine them with each other) is great fun. What is less fun is that as itgoes on, 7th Dragon III Code: VFD does require the player to do a fair bit of grinding to level up. While nothing new for RPG fans, it can sometimes be frustrating. 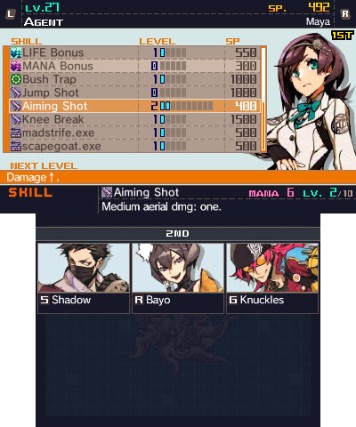 This being a 3DS game, the graphics aren’t amazing – while the 2D anime art is good, the actual gameplay graphics can be quite jaggy. Also disappointing is the lack of 3D effect in the game – this is a shame, as it feels like it’d be great in 3D. However, despite the game’s less than stellar graphics, it still does a great job at creating cool and mystical environments to explore. One of the first areas your party explores is the lost city of Atlantis, back in time before it was turned into the “lost city” by a nasty dragon. The strange whirls in the background and the odd shapes of the paths and buildings create a setting far more interesting than many dungeon crawler RPGs – it feels like real thought has been put into building these worlds, above the level of “let’s just make somewhere for the player to fight monsters”. Speaking of the monsters – while the set pieces and character designs are great, the monster designs feel somewhat lacking. They tend to come across as random and completely disparate to the areas in which you encounter them, and none of them stick in your mind the way certain enemy monsters from the Final Fantasy series do.