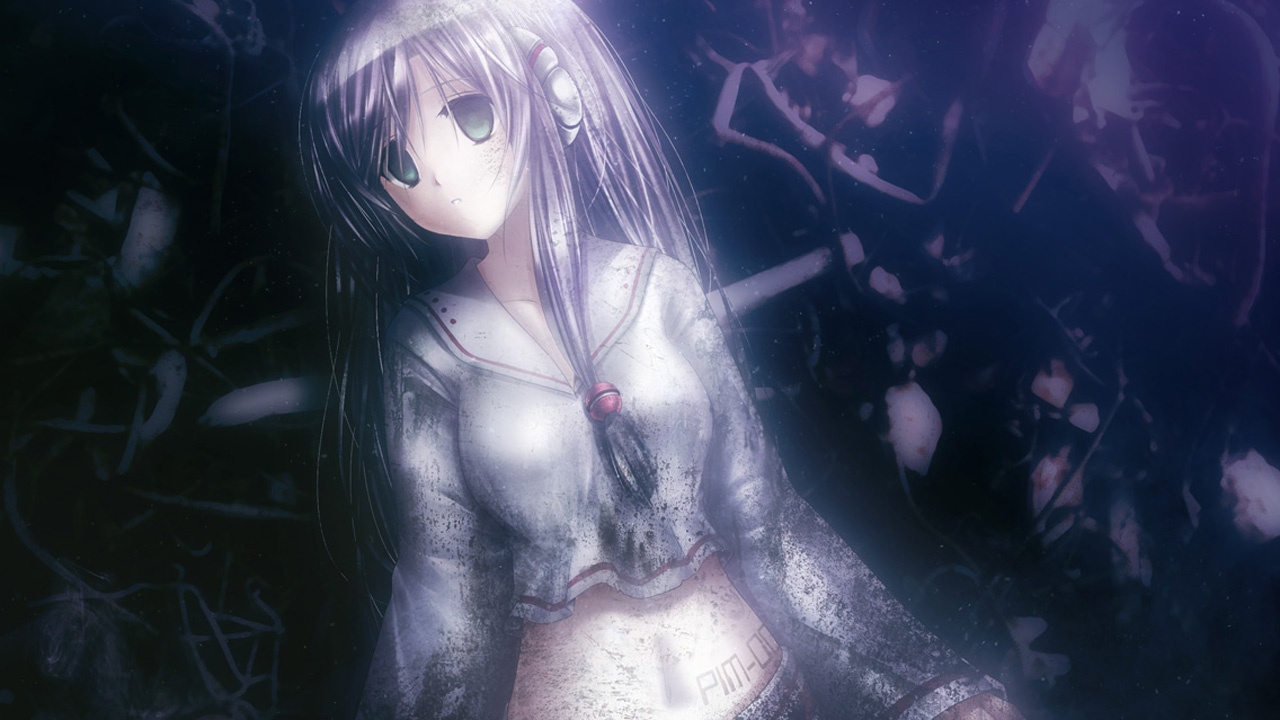 I’m usually not one to play visual novels blindly but I must say that there were plenty of times in which I heard many great things about Lucy -The Eternity She Wished For- but I was always skeptical to try it out. That said, I’ll just start off by saying that I’m glad that I got to play it, because it is very touching and thought provoking. At its heart it still is a standard visual novel game, with the usual visual style and with very limited choices which have no real impact on how the story unfolds, except a few different lines of dialogue. In any case, while I do feel that the writing actually falls sort of short when compared to the complexity of the theme of the game, I must say that I enjoyed pretty much most of it.

Discussing the plot of the game here and the specific interactions between the characters in its entirety would simply spoil the joy of playing the game so I’ll try to avoid that as best as possible. The main issue with this is the fact that, since the choices you make have no real impact on the outcome of the story, the whole game feels like you’re watching a movie, and while that isn’t something that bothers me, I know some people out there would not see this with keen eyes. Another thing worth bringing up is that only one of the main characters, Lucy, is voice voice acted, which is a shame, but at the same time it gives her this sort of special status in terms of narrative, when compared to other characters and, after all, she is the essence of the game. That said, you can between japanese or korean voice acting for her, while everything else has english subtitles.

The game takes place in 2050, a time in which there have been tremendous technological advancements that have culminated in the production of high fidelity robots and androids that, to the naked eye, seem as much human as they could be but when they’re engaged in conversation, you can clearly tell their lack of any real emotions from their monotone speech. Part of the player’s character stance on robots in general comes from his education that their conservative father has given to him, arguing that robots are poisoning the society as a whole. Still, there is one time in which the character brings up an analogy, comparing the industrial revolution to this current technological revolution, saying that perhaps it is only a matter of time before society adapts and recovers from all the lost jobs to the machines. 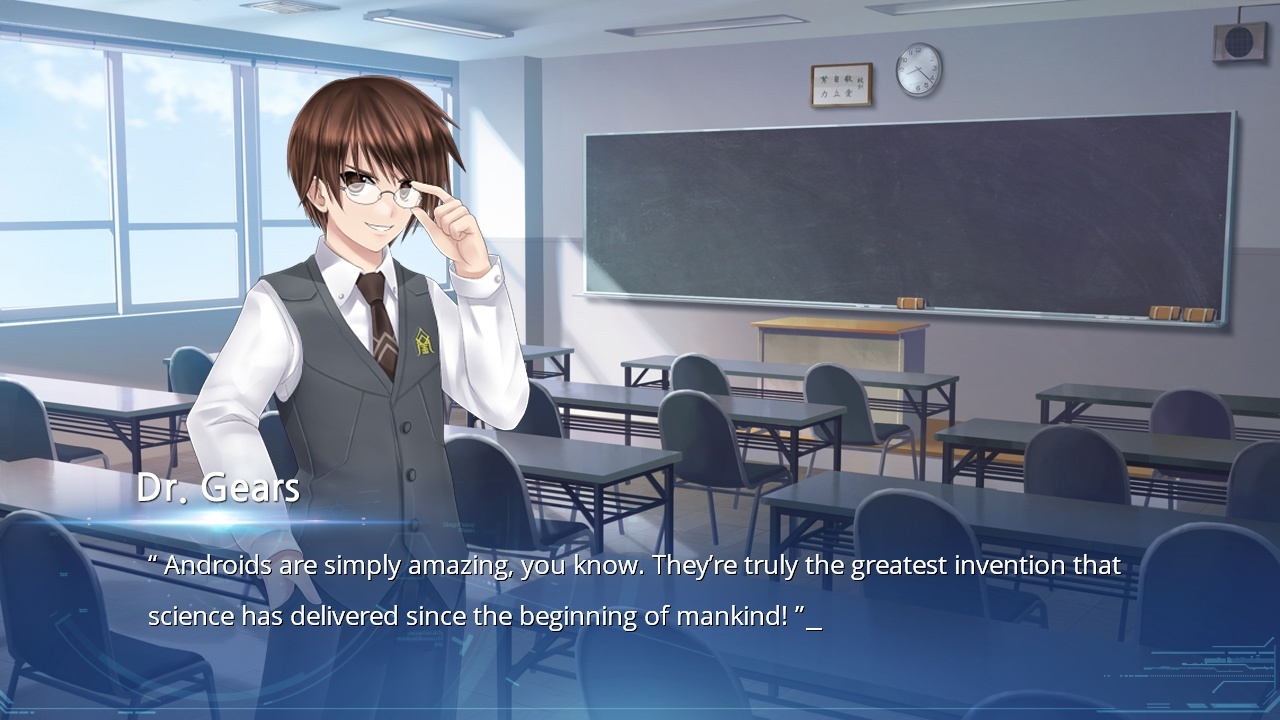 In any case, the narrative is, for the most part, told from the perspective of this random teenage boy, either by actual dialogue or by him talking to himself. Still, every now and then the narrative changes to the perspective of a narrator or of other characters in these rather short flashbacks or just in changes of scenery where the player’s character isn’t present. That said, the two key characters are, the player’s character, which does not have a name, but is represented by this teenage boy, which has already been mentioned, and then there’s Lucy. Lucy is an android, and you find her right at the very beginning of the game, in need of dire repair and abandoned on a junkyard and, even though you’re not very keen on androids, you decide to taker her home and try to come up with a way to repair her.

While you are actually playing from the perspective of someone who found Lucy, both of you are the main protagonists. However, considering that you’re living the experience through the eyes of this young boy there is actually a pretty funny and interesting internal monologue going on quite often. You observe and somewhat judge how Lucy acts, what she is, and what the repercussions of taking her into your home are and, for someone who is not very keen on robots, that picture clearly changes over time. Your character often reflects about certain things he’s afraid to ask Lucy and, upon such reflection, he realises that he is caring for her feelings. So does she have any feelings at all despite being an android, or is it simply all simulated behaviour with no true meaning behind it all?

This is the key point where the entire plot of the game revolves around. Even though the player’s character was never interested in androids and knows nothing about them, he can clearly tell that Lucy is unlike any other, and that is not only based on the imprinted serial number on her belly in which you can see that she is the first of her type. Lucy is the first android to perfectly simulate facial expressions, emotions and everything else that previously could be used to distinguish an android from a human. Curiously enough is the fact that, despite not having had any previous experience with androids, the boy does not give up on Lucy and actually spends time and effort in getting her back to shape and, even though he keeps telling himself that he doesn’t care for it, you can’t shake the thought that if he doesn’t care about her, why does he keep helping her? Perhaps he hopes to achieve some sort of personal gains from this whole situation? 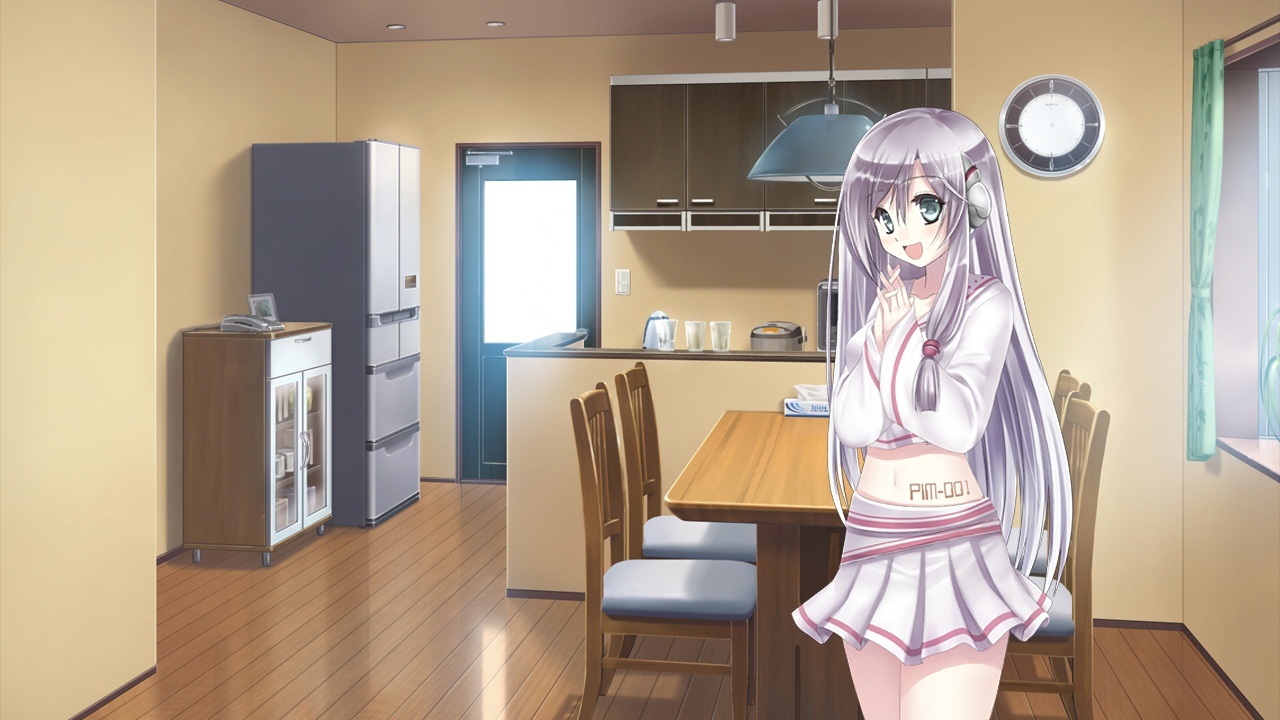 In this sense there are some times in which the two protagonists debate each other whether Lucy’s actions and words have any actual meaning to them. The main argument in which they do not is that an android only acts a certain way because it was programmed to act like that, while at the same time following the Three Laws of Robotics by Isaac Asimov which the game keeps throwing at your face throughout its entirety. On the other hand, Lucy argues that she helps people because it makes her happy, and this makes her happy because those people are happy when they see their life made easier by her presence, it is something reciprocal. Anyone can interpret this one way or another, and it is certainly one theme of conversation I very much enjoy to delve into. That said, these two characters feel so opposite at times, in terms of personality, that my opinion was bouncing from one position to another throughout the game and I think that is brilliant, it clearly shows how well the narrative is laid out, even if at other times it feels silly.

Without spoiling much, and I believe this is the reason why the game keeps showcasing the Three Laws of Robotics, there are a few cases in which Lucy does not follow these laws but the game does not make it blatantly clear for you, you need to be paying attention. What does this mean for Lucy, are her emotions real or is she just so perfectly programmed that she is able to surpass the fundamental laws that condition the very existence of robots and androids? It is in situations like these that the game seems to bounce from one extreme to another. One moment Lucy blindly follows orders and seems to lack any sort of self will, while on the next moment she is going out of her own way in order to make you are happy and even ignores the three fundamental laws of robotics. This helps progress the narrative even further the more you play the game, as you can can clearly tell that the player’s character is attracted to Lucy, even despite frequent denial and that on his head, his own logic starts clashing with his emotions and he can’t make up his mind about how he feels regarding Lucy. This especially happens when you see that Lucy is desperately looking for her master’s approval (the player), perhaps due to the fact that she was abandoned in a junkyard and thus she thinks she is not a good android. In any case, you can also sense the usual high school teenage drama going on, in which there are obvious differences in terms of ideals between the player’s character and his father, the lack of any social interaction either at school or at home and, in a way, that helps shape its character and it’s in such lack of social interaction that he finds solace in the company of Lucy.

In the end, despite some minor grammar errors and the repetitive but subtle ambient music, I can safely say that Lucy -The Eternity She Wished For- is certainly worth your time, especially considering its price and its longevity ranging from 8 to 12 hours, depending if you do the extra stuff and if you try to get all the endings. Even if you are not a fan of visual novels, what you will find here is a very emotional and thought provoking plot regarding the human condition, what makes one human, what makes one’s emotions real or fake and what are the potential consequences of a society that is gradually relying more and more on technology, all these being provided from different points of view. Will we ever come to a point in which we will be approaching robots the same way we approach another fellow human being? Will machines and humans always be different? Does an artificial intelligence have feelings? These are questions that will most likely cross your mind while playing Lucy -The Eternity She Wished For-.