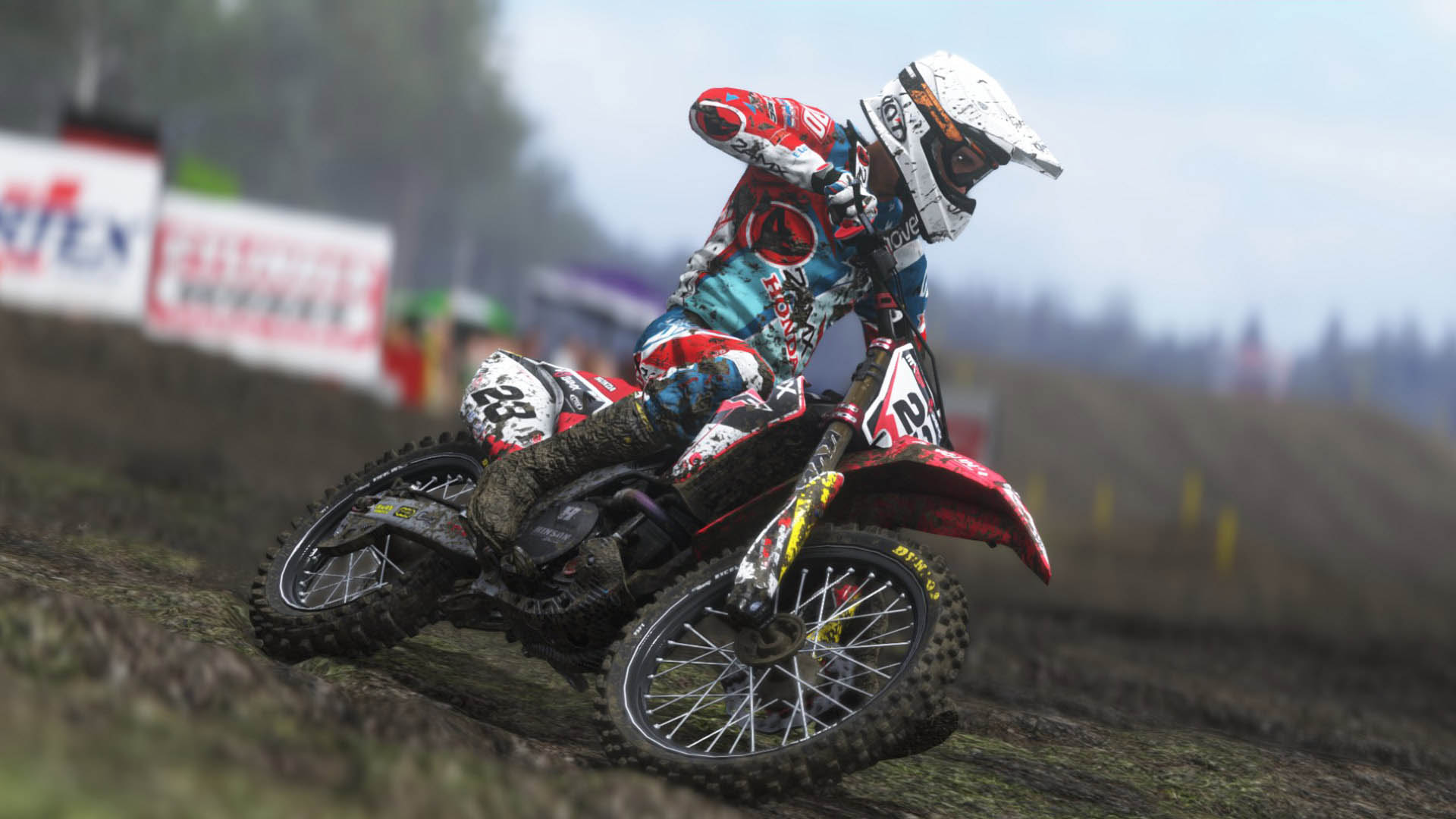 Motocross fans have been crying out for a solid top drawer simulation of the sport since the lacklustre reviews of MXGP – The Official Motocross Videogame back in 2014. At the time developers Milestone S.r.l were lauded for their efforts but criticised for the poor racing mechanics which ultimately hampered the game’s appeal. Flash forward to today and Milestone have rolled up their sleeves and jumped back into the bullpit with MXGP2 – The Official Motocross Videogame Compact.

For this most recent incarnation of the game,  players are thrown into the Motocross World Championship, the premier championship of motocross racing, organized by the Fédération Internationale de Motocyclisme.  Milestone have pushed the boat out with this game throwing everything at you including access to all of the FIM Motocross World Championship riders,  every official team and track from the 2015 MXGP-class season. The game comes with the standard career mode,  a number of real world events and the obligatory multi-player mode.  For most gamers however,  the majority of your time will be spent on the career mode.  Here you get to choose your official MXGP team,  take part in qualification races,  eventually race for them, win cash and accolades and move your way up the ladder. 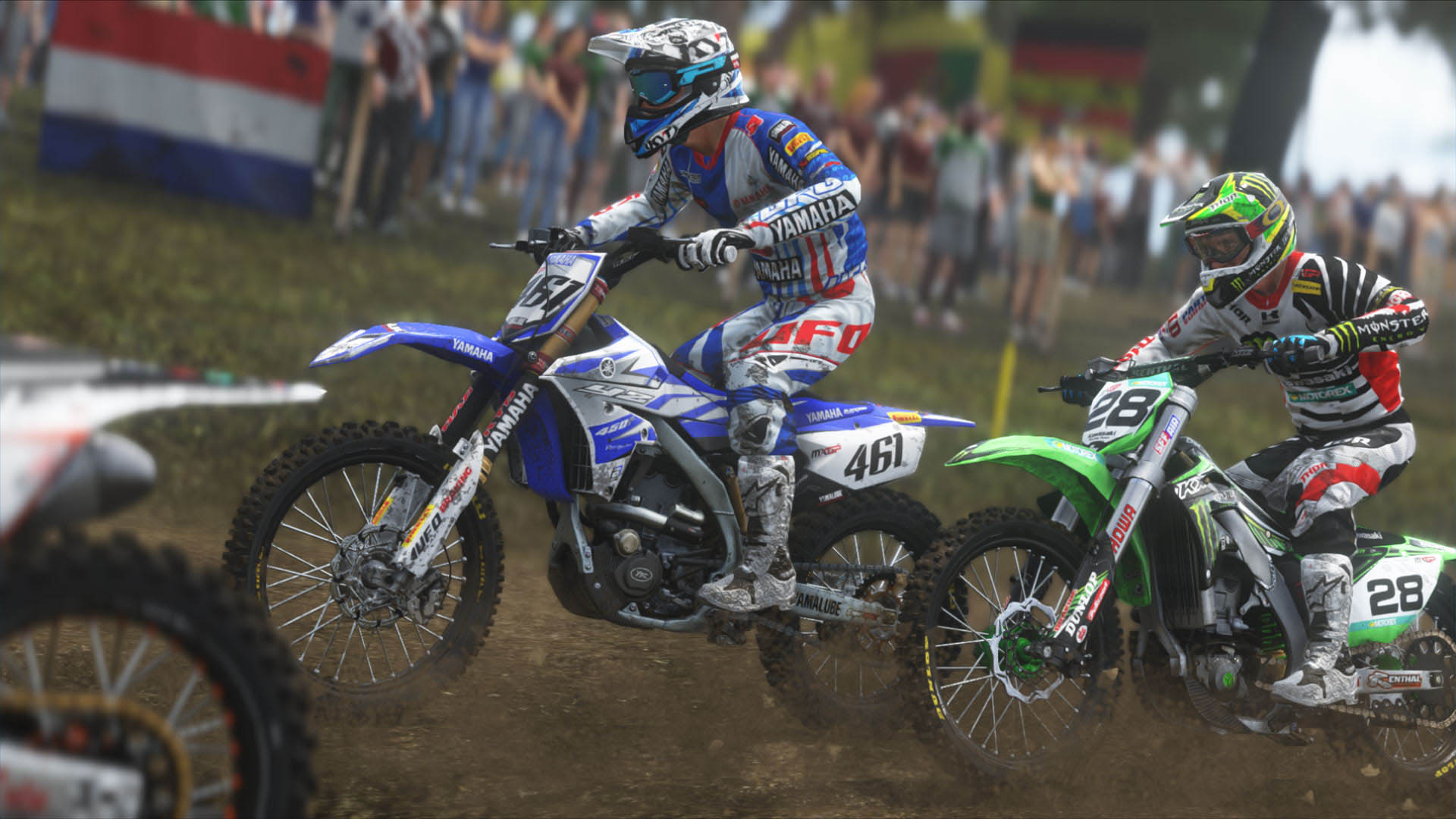 You’ll be relieved to hear that Milestone have nailed the game physics spot on this time round.  Both rider and bike are controlled separately and each one responds to your thumbsticks exactly as they should.  Whereas in the past if you misjudged a hill or crevice, you could point an accusing finger at the games control system. This time around,  if you somersault off your bike and end up with a mouthful of dirt, it’s all on you.  And that’s how we like it. Milestone have learnt some important lessons from their latest MXGP foray and with this new version you’ll find that dynamic track deterioration will play an important part in how you race.  If you dip into a newly created crevice and fail to adjust your speed, you’ll pay the price. It’s also worth mentioning the simply mind boggling scope of MXGP2 – The Official Motocross Videogame Compact’s bike customisation options. You are giving control over pretty much every aspect of your bike. And with that freedom,  you can’t help but tinker and tinker until its time for dinner.

Graphically, MXGP2 – The Official Motocross Videogame Compact looks simply amazing.  Just take a look at our screenshots and you’ll see what we mean. Each bike has been recreated in loving detail and the tracks are photorealist replications of the real thing. As you’re making a jump over a crevice,  you’ll be so amazed at how good the game looks that you’ll be tempted to pull over and take a walk around. This is definitely not recommended in a racing game.  In the sound department MXGP2 – The Official Motocross Videogame Compact brings to life all the drama and suspense of an MXGP-class season with each bike providing their own distinctive engine growls and the sound of rubber on gravel or mud. For anyone with even the most passing interest in motocross,  this will sound like seventh heaven. 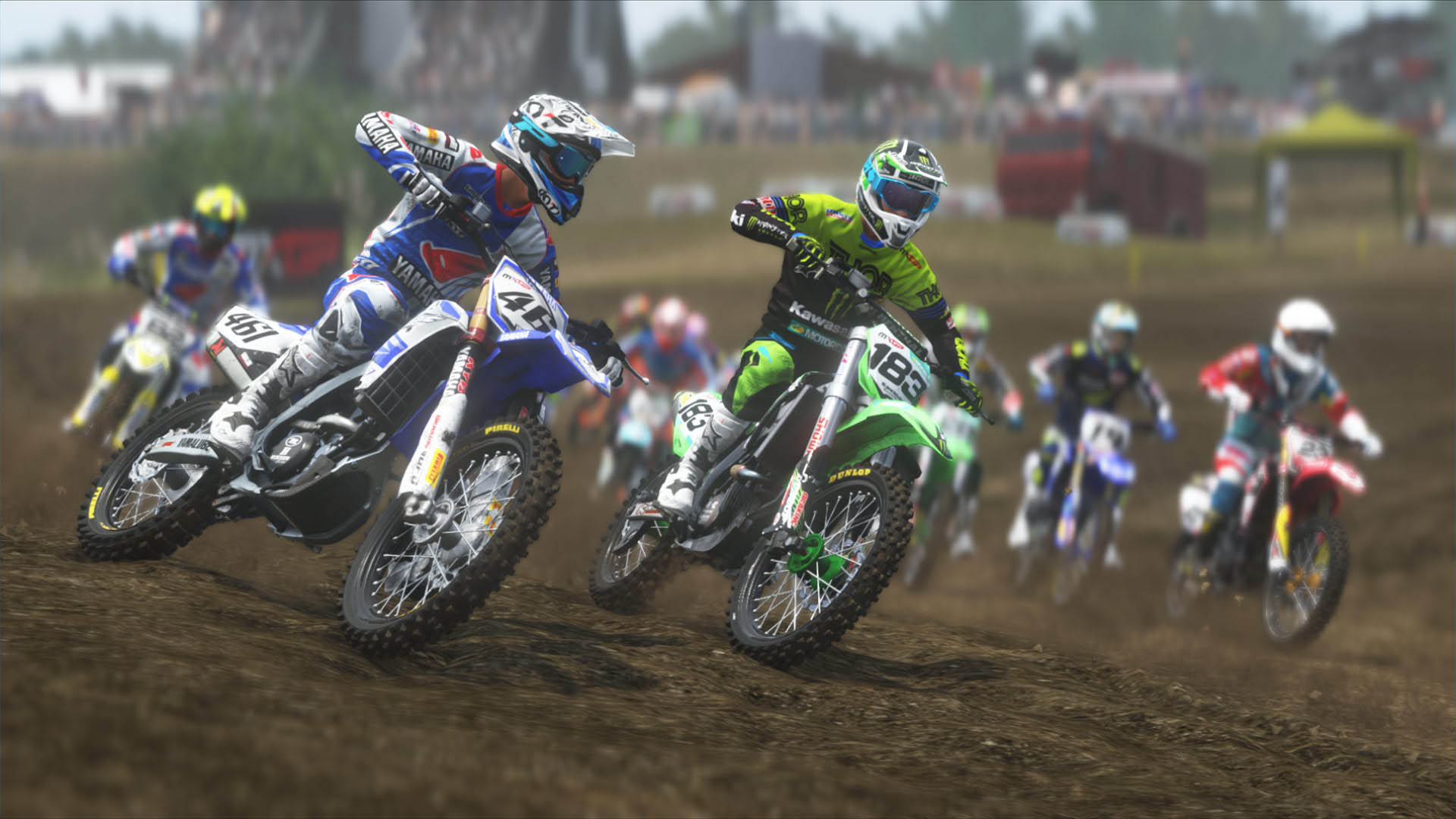 If we had one minor niggle with MXGP2 – The Official Motocross Videogame Compact, it was with the unrealistic way riders could come off their bikes and not appear to suffer any injuries at all. We think it would add to the game’s tension if there was even the most remote chance that a rider could be injured after flying over the bike and landing head first in the dirt. Hopefully this is something the developers will consider for MXGP3.

Other than that, MXGP2 – The Official Motocross Videogame Compact is by far one of the best motocross games we’ve ever played. The controls can take a bit of time to master, but once you do,  you’re in for the ride of your life.  Highly recommended.