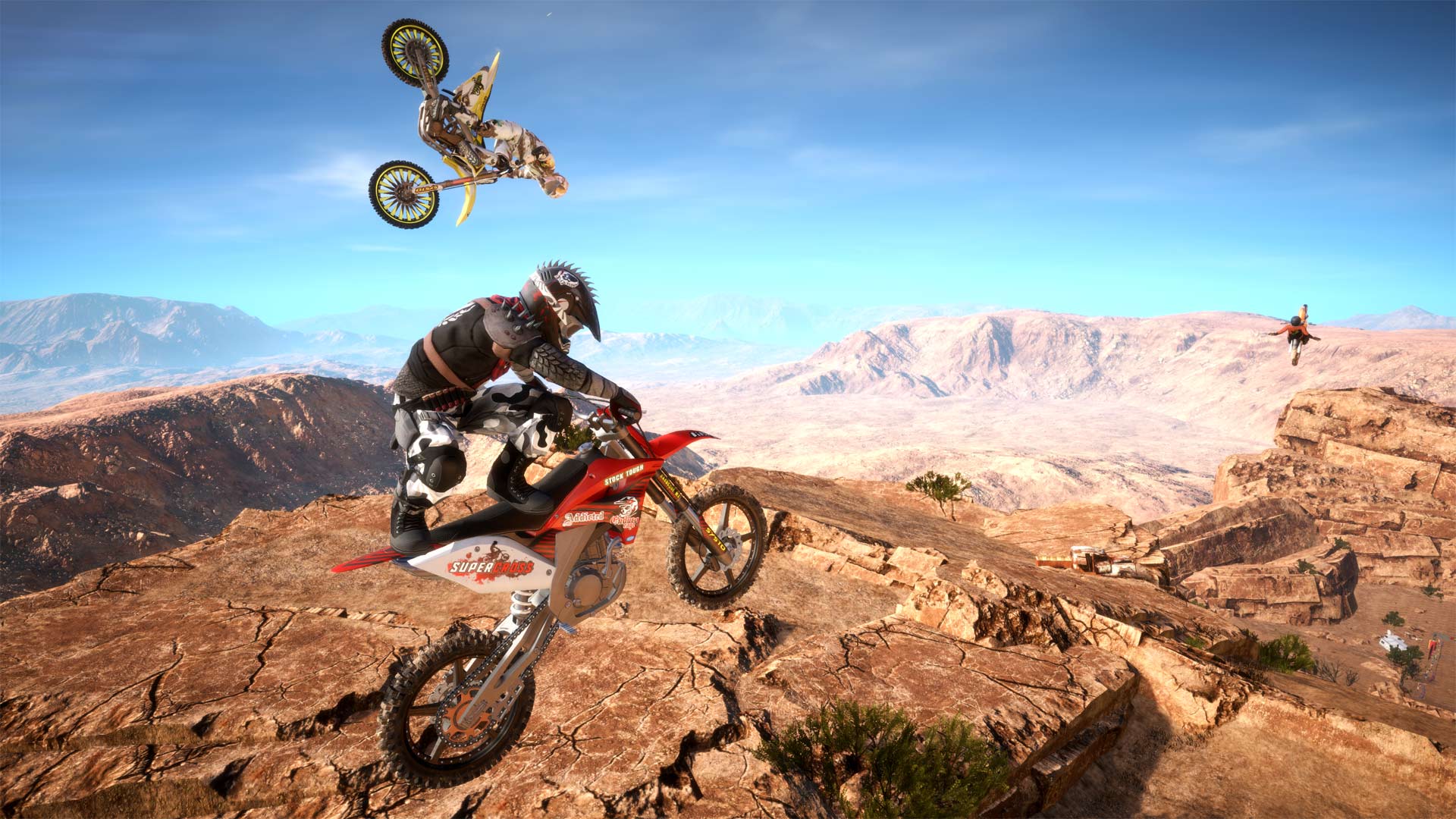 There have been loads of Trials-esque games released in the past few years. Problem is, very few of them have actually been any good. Most of them (many on mobile but with a few making it to home consoles), have been relatively cheap knock-offs hoping to benefit from Ubisoft’s all-conquering stunt-based behemoth by shamelessly cloning Trial’s pitch perfect gameplay.

Saber Interactive’s MX Nitro pleasingly bucks that trend – it hasn’t managed to knock Trials off its well-earned perch, but it is one of the few genuine alternatives, a game that takes much of what is good about Trials while adding its own twist on the traditionally trick-heavy gameplay. It has a few too many technical issues and questionable design choices to match the addictive purity of the mainline Trials games, but with a bit of polish, this is a series with all of the ingredients to be something special down the line.

That’s not to say that it isn’t good now of course. While I suspect a potential sequel will ultimately prove the genuine challenger to Trials’ crown, as it stands, Saber Interactive’s first attempt delivers a hugely enjoyable, incredibly addictive but decidedly frustrating experience. 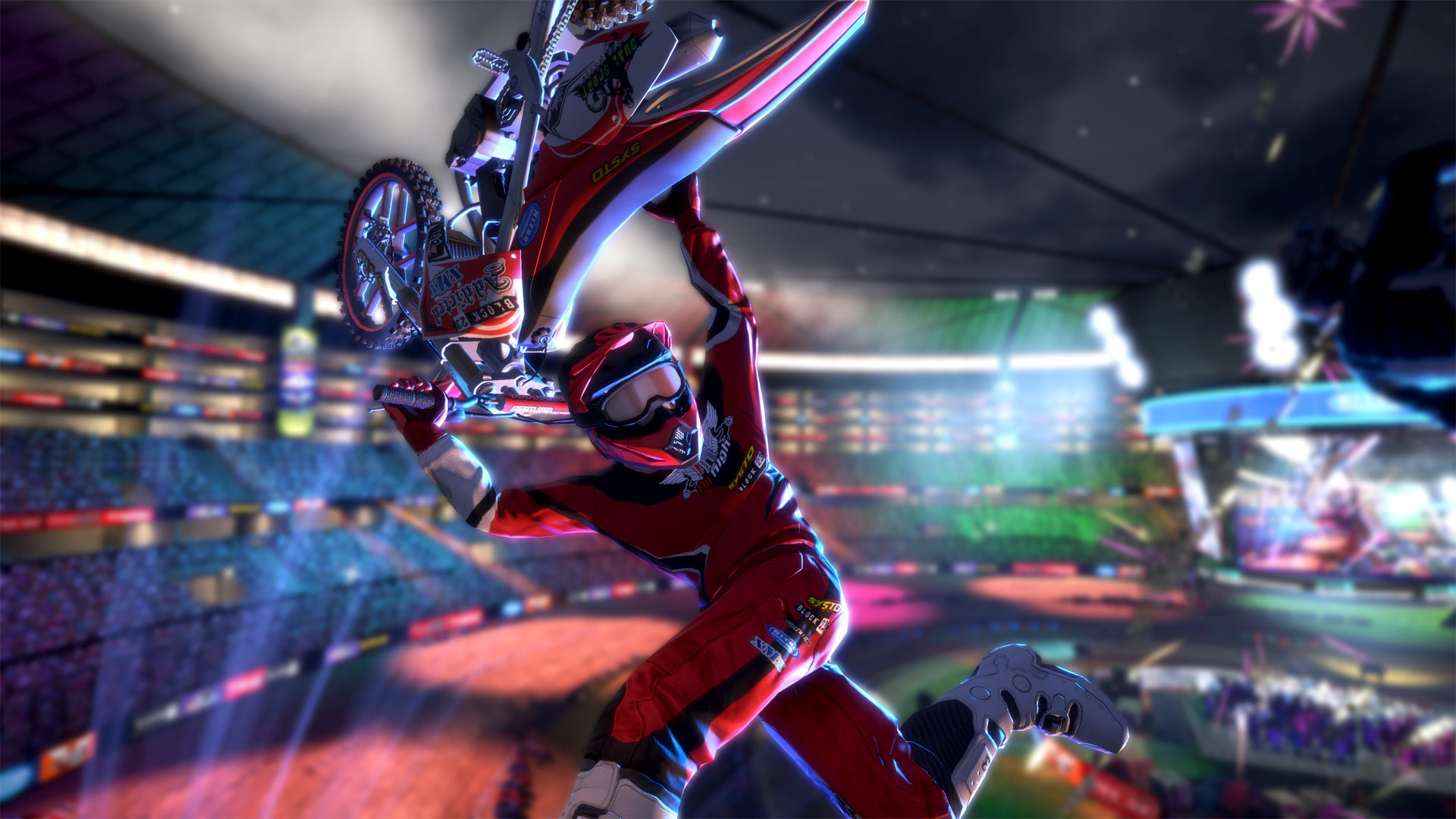 Rather than going for a purely trick-centric experience, MX Nitro combines a number of events that take in racing and more traditional score-based challenges. Tricks are absolutely essential regardless of the mode, but quite often, you’ll find yourself up against 2 other racers that need to be defeated via a combination of careful balance and varied trick combos.With its side on camera, the core controls are very similar to Trials, but with fewer obstacles and a greater emphasis on speed, MX Nitro often feels closer to Nintendo’s Excitebike and Black Rock Studio’s criminally underappreciated, Pure. While many events can be completed with nary a flip in sight, to keep up with your rather unforgiving competitors, you’ll need to keep your boost meter filled by completing unique stunts along the way.

This is especially true of the games’ boss battles. Each horrendously voiced boss encounter (honestly, the voice acting is just the worst) is little more than a one-on-one race, but with the difficulty often ramped up, completing constant and varied stunts as you progress becomes absolutely essential.

While the concept of boss battles certainly suits the games’ structure, the difficulty spikes that accompany them can often be hugely frustrating. After a handful of events (of both the race and trick variety) that can usually be completed with limited fuss, running into these regular boss encounters can feel like a rather unforgiving kick to the crotch. None are impossible, but most require a near perfect combination of tricks and racing that can only be accomplished through repeated play and a great deal of trial and error. That might sound fair enough to those accustomed to Trials’ more brutal challenges, but here, the spikes often feel unfair and out of tone with the rest of the game. 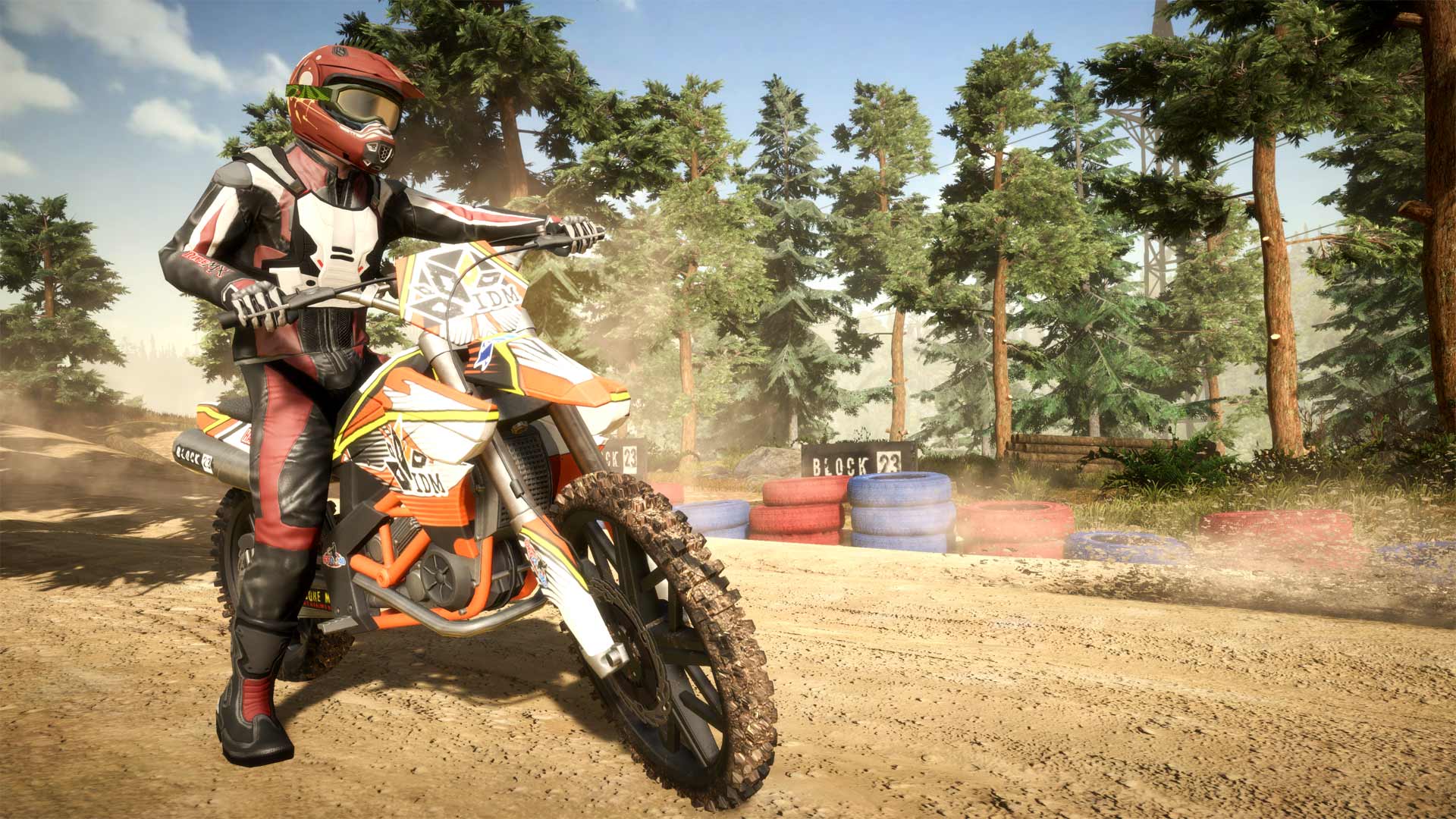 Luckily, while failure can be disheartening, quick restarts, short stages and the constant flow of experience points and cash does make it all much easier to bear. While the upgrade system itself isn’t all that deep, the collection of uniquely powered bikes and the array of unlockable biker gear does add to the compelling nature of the experience. More importantly though, it makes losing part of grind. Even in defeat, you’ll be earning cash and XP, and even if the current challenge seems impossible, you’re never far away from a new bike or upgrade that could possibly make all the difference. Yes, grinding itself can be incredibly frustrating, but the structure does at least provide an opportunity to make the changes needed to turn things around.

Despite the difficulty spikes and a camera that is arguably a tad too close to the action, Saber Interactive’s MX Nitro delivers an entertaining and feature packed alternative to Trials, one that puts a greater emphasis on racing and a more realistic aesthetic. It’s hardly a simulation, but it’s certainly a more grounded experience, one that benefits from its greater commitment to challenge diversity. It might look a lot like Ubisoft’s Trials, and as this review has proved, comparisons between the two are all but inevitable, but when in full flow, MX Nitro is arguably closer Black Rock’s, Pure (and all the better for it). It occasionally suffers from its halfway house approach (racing not as good as Pure, tricks not as entertaining as Trials), but judged purely on its own merits, this amalgamation proves a surprising if occasionally frustrating success.