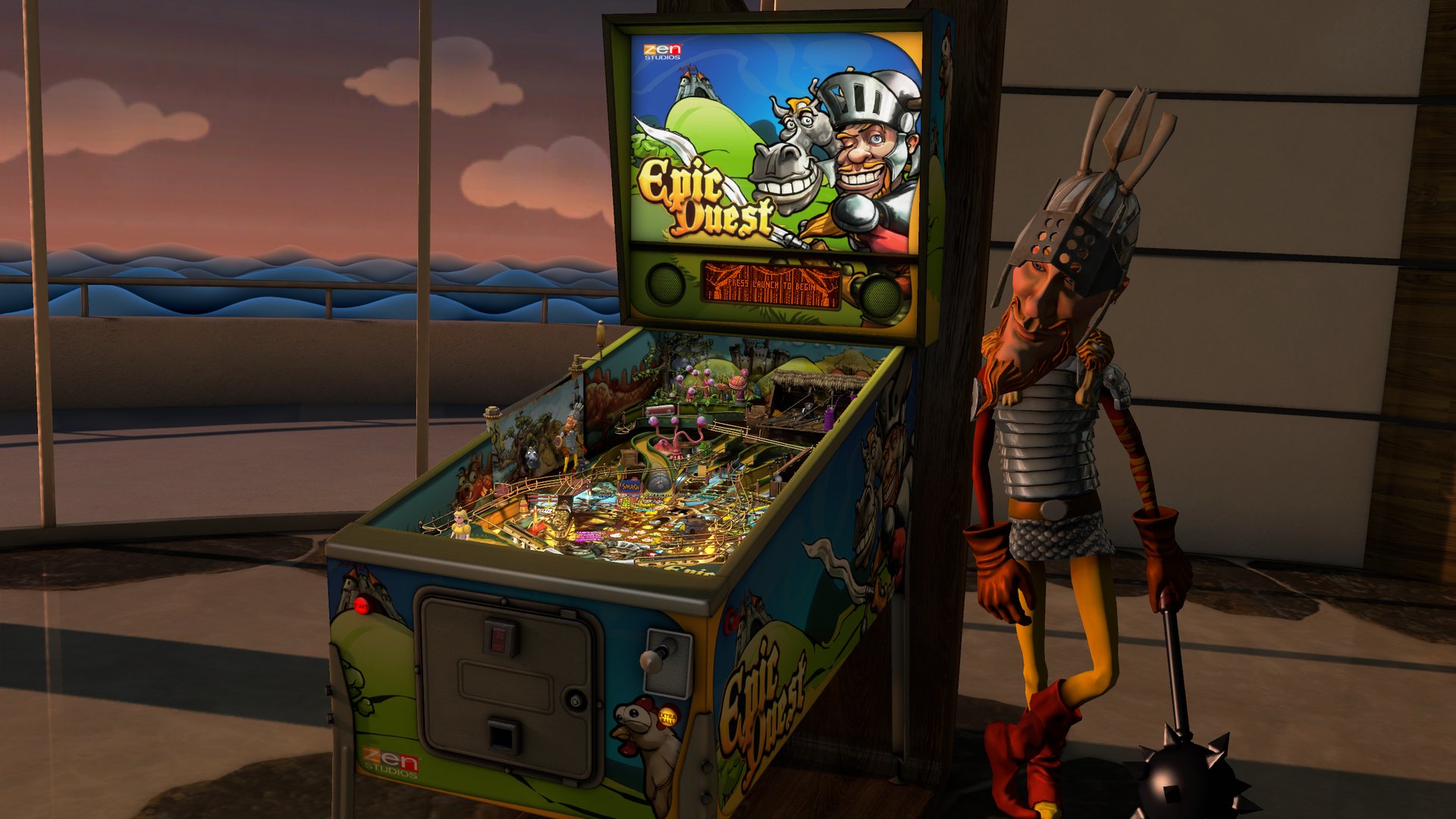 I will be honest from the start; Pinball was something I played as a kid back in the 80’s. Regular visits to Margate and the seafront arcades with my bag of 2p’s I would spend hours playing the Pinball machines, all the bright flashing lights and loud sound effects were mesmerising, I especially remember Taxi and EarthShaker fondly.

But I never really got the whole Pinball thing on Consoles and PC, it didn’t have anywhere near the pull of the real machines, pressing X and Y on the PC keyboard or buttons 1 and 2 on my Sega Master System controller playing Sega’s Casino Games cartridge just ruined it and my enjoyment and fascination with Pinball died off. But after years of ignoring any and all incarnations of Pinball on the various Consoles I owned I did finally decide to give Zen Pinball a go on my PS3 back in 2008 which I really enjoyed.

The various franchise tables that followed only increased my belief in the possibility of a decent realistic Pinball game but the one thing that once again brought my virtual Pinball experience to an abrupt end was the asking price for the expansion packs, So now luckily for me I have been asked to review Zen Studios new take on their Pinball table experience – Pinball FX2 VR. 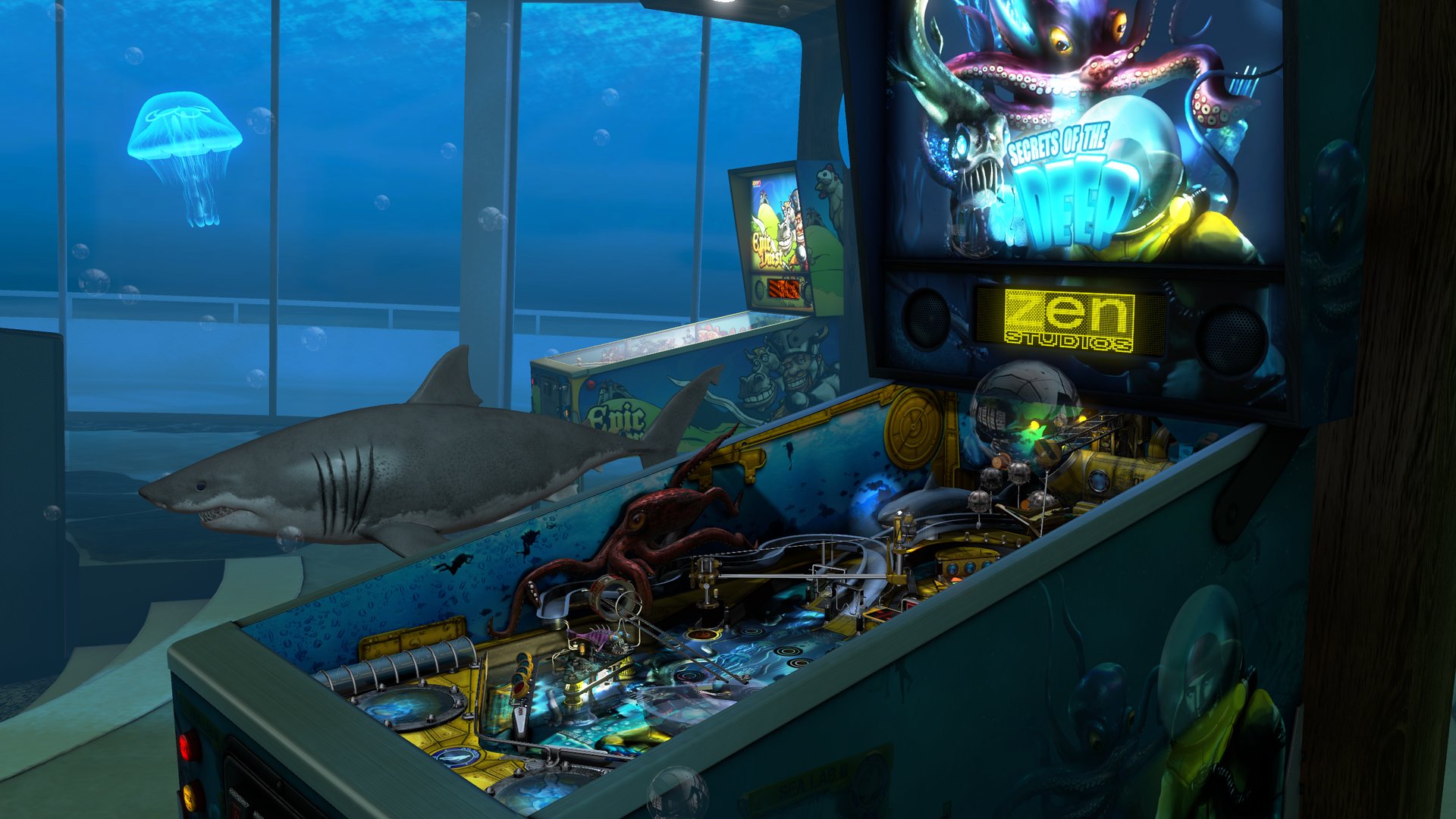 I will begin my review with the only real negative point and once again that is the price. Previously Zen Studios offerings had the base package as a free download with little taster tables for you to play on, only then if you were hooked did you pay up for the tables you wanted but with this they are charging you a hefty £11.99 for the entry package containing just three tables, yes count them 3 – Mars, Secrets of the deep and Epic quest. At first I thought this was a step in the wrong direction for Zen’s journey into Vr but once you have strapped your VR headset on and find the real sense of realism they have achieved on the tables you realise why the entry package can’t be free this time.

First off make sure you have adjusted your PS Camera and Vr headset correctly, if you haven’t then the start screen doesn’t seem to register properly and when you begin to look around the screen doesn’t follow you causing some very unpleasant dizzy spells. Once correctly calibrated you find yourself in a beautifully realised Summer house, floor to ceiling windows with sea views, various interactive options surrounding you, stats, leader boards, large TV screen and the three Pinball tables currently selected. Once highlighted you find yourself standing (I recommend standing for this VR game to add to the effect) in front of your selected table and it’s here the VR really shines. You can look around the table demonstrating the level of detail the Zen Studios team have put into every moving part, lean in for a closer look at the adventures playing out under the glass while you play and I have to say the level of detail on display is really quite amazing.

As with any Pinball game it’s a simple two button affair (L2/R2) for their respective flippers with the added table tilt option mapped to the D-Pad so playing is simple, getting the high scores using the various multiplying opportunities however is the complete opposite and can feel quite alienating to newcomers. Also added to this new incarnation are the table specific animations surrounding you during play from Asteroids and robots on the Mars table to Sharks, jellyfish and submarines on Secrets of the deep which change dependant on how you play so even a lost ball now becomes interesting rather than frustrating. 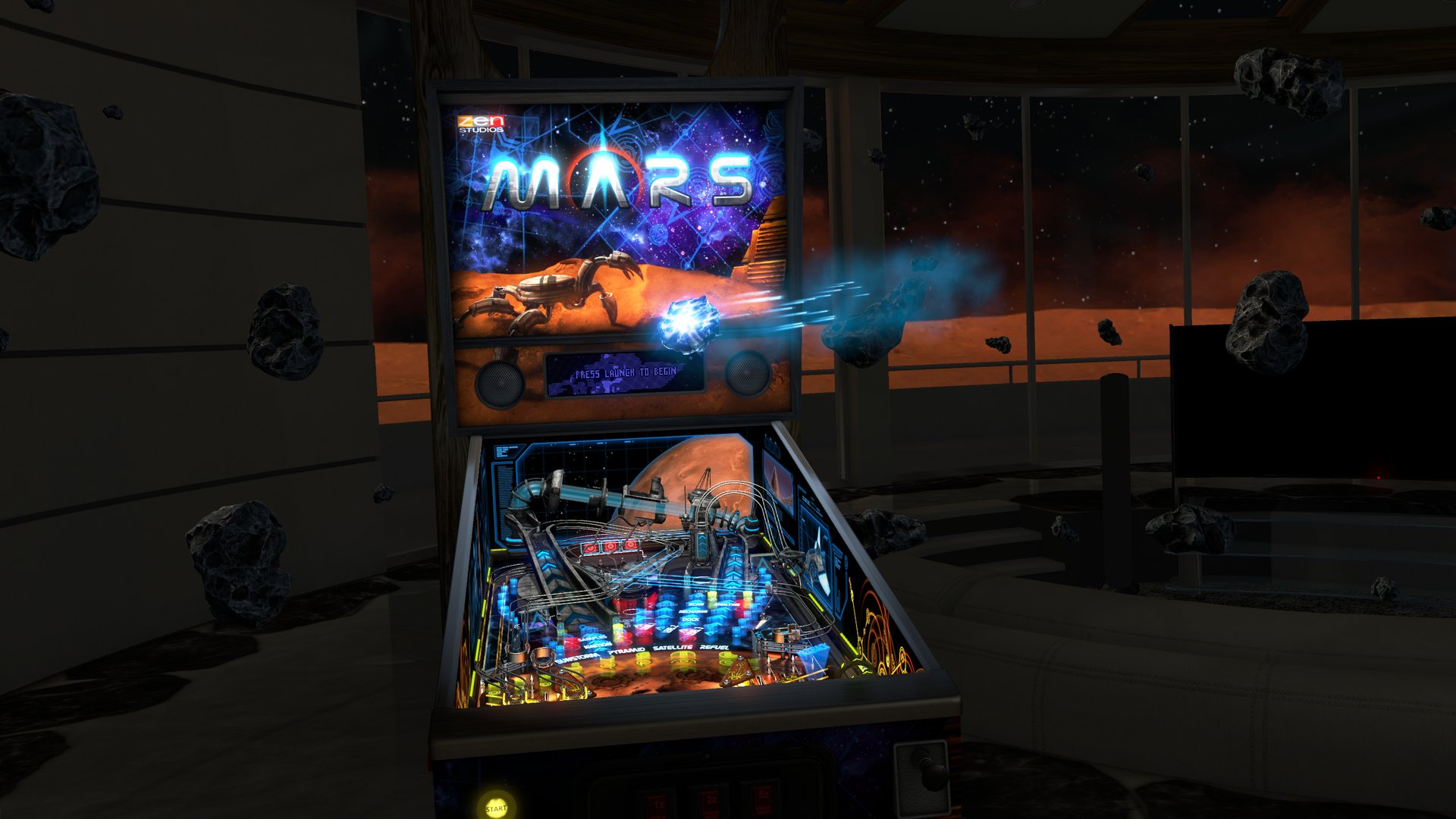 The three tables offered in the base package are varying in interactions and gameplay but I have to say I really enjoyed playing all of them and Zen have finally achieved what I personally have been looking for since my childhood – a Pinball experience on Consoles that gives you that feel of playing a real life table all be it a little simplified. Zen Studios has a Hugh back catalogue of Pinball tables and some in my opinion should have been in front of these for a VR rehash (especially some of their licensed creations) so here’s hoping the development team at Zen are hard at work optimising previous tables to take advantage of the VR revolution.

With no major VR issues (apart from the very occasional drifting), stunning animations and sublime table design, 3D surround sound and the exceptional realism of the PSVR headset Zen Pinball FX2 VR really reminds me why I enjoyed Pinball in the arcades all those years ago but luckily I don’t have to carry £11.99 in 2p’s to play.