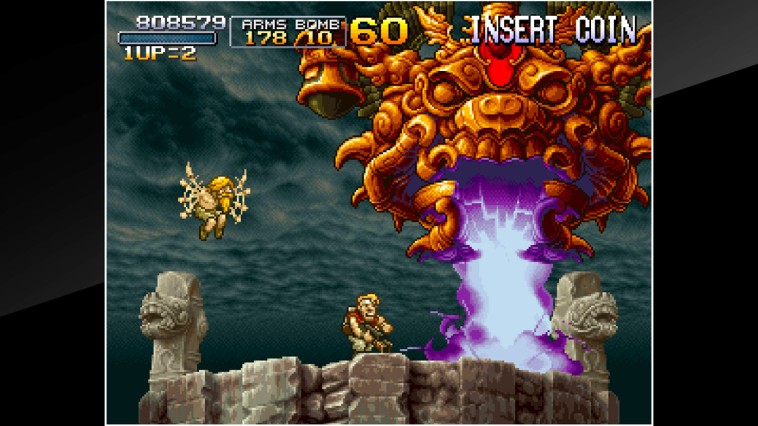 Nintendo’s Virtual Console might be conspicuous by its absence, but Hamster are working hard to fill the retro-filled gap left by Nintendo via a collection of SNK classics brought to the Switch in all of their arcade glory.

Like the array of arcade games that Hamster have already released on PlayStation 4, this is another arcade perfect, but undoubtedly barebones package that delivers a classic arcade video game with little in the way of trimmings. There are hi-score and Caravan modes (a hi-score mode with a time limit), alongside the original Japanese version, but for the most part, this is a purely purist release, and while some will undoubtedly begrudge the lack of additional options, many will appreciate the classic simplicity of such a release

The thing is, while the format follows those of their previous work on the PS4, what this latest release has to its advantage is, well, the Switch itself. As great as it is playing this arcade perfect port on the big screen, being able to take it with you on the go makes all the difference. It might well look great on your giant TV, but Metal Slug 3 looks absolutely fantastic on the Switch’s brilliantly crisp screen. 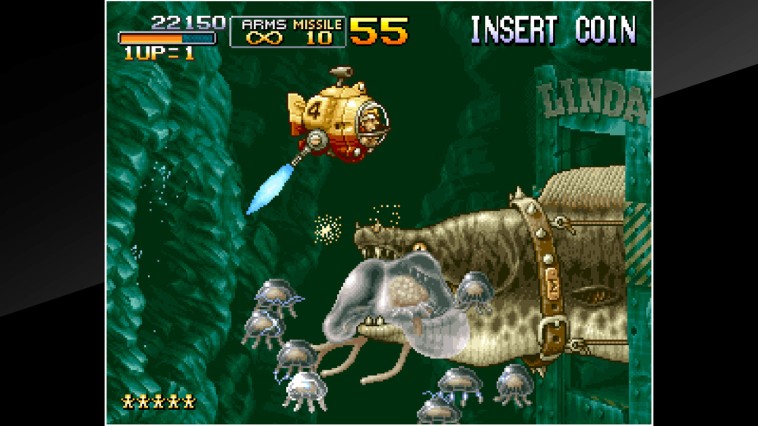 With its simple and extremely challenging run and gun gameplay, Metal Slug 3 is a perfect game to take on the go, and despite its age (it was originally released way back in 2000 for the Neo-Geo MVS arcade platform), it really does look as good today as it did back at the turn of the century.

Going back to games from your youth (especially when you’re as old as me) can be a brutally disheartening experience. Many of the games you loved as a kid simply don’t hold up by today’s standards, but Metal Slug 3, man, this game holds up amazingly well. There is absolutely no need for rose-tinted glasses here, Metal Slug 3 really does look and play beautifully. While arcade games do tend to age better than their console-based equivalents, there has always been something about the giant pixels produced by the Neo-Geo MVS that makes so many of the games developed for the platform feel all but timeless. Heck, even if you’ve never played the game before and have no nostalgia linked to the series, I’d totally encourage giving this absolutely fantastic arcade shooter a go.

Yes, the gameplay is relatively simplistic, but with its unforgiving challenge, pitch perfect gameplay and near timeless visuals, Metal Slug 3 effortlessly stands the test of time to deliver one of the of the finest examples of the genre. Some might argue to the contrary, but I’d have Metal Slug 3 down as the best game in the series, the point in which SNK found that perfect balancing point between the violence of war and the B-movie absurdity that the series has increasingly courted. 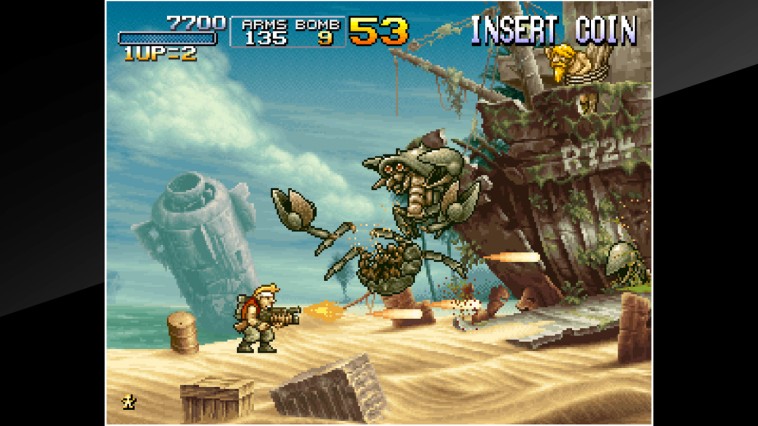 While it might start off as a surprisingly violent (if undoubtedly cartoonish) take on (relatively) modern warfare, Metal Slug 3 soon descends into a world of alien invasion and giant mechanical monsters, and my word, is it imaginative. The gameplay might well remain static, but aesthetically and artistically, this is arguably SNK at their best with beautiful art design married perfectly to the kind of colourful chunky graphics for which the arcade board is famous for.

Like all Hamster arcade ports, this is a near perfect recreation of the arcade original but with none of the additional modes and features that many would expect from a modern-day re-release. Some will balk at the basic nature of the package, but there is something oddly appealing about the back to basics approach employed here which puts all of its emphasis on the strength of the original game. Of course, that kind of approach can backfire dramatically if the game doesn’t hold up, but luckily, Metal Slug 3 holds up better than most with its gameplay and visuals as impressive today as they were back in 2000. It has been re-released a hundred times before, but being able to, uhhhh, ‘switch’ between home play and on the go gaming makes this a unique take on one of the best run and gun shooters ever made.