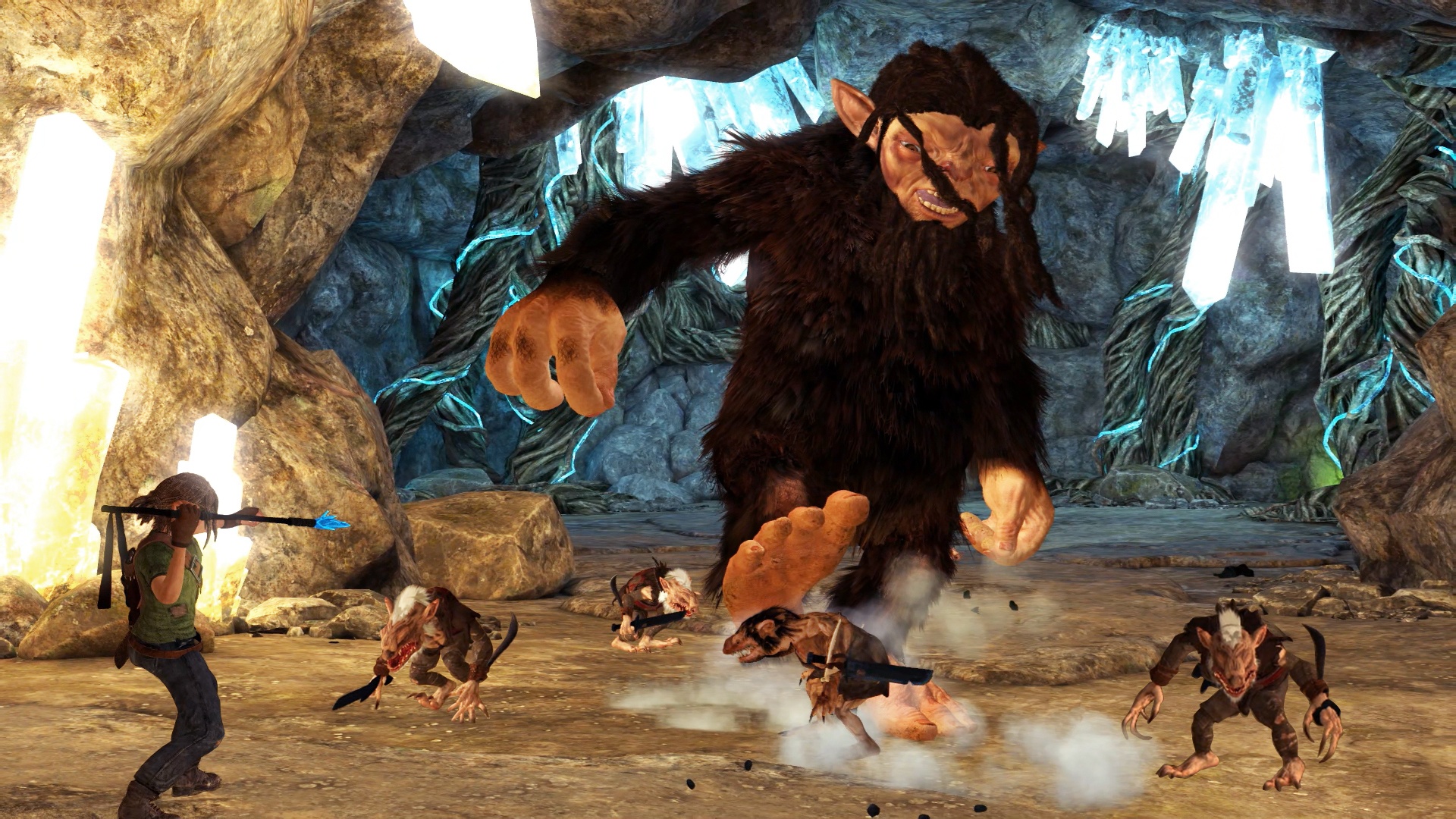 Lately there’s been an influx of duo games from Last of Us’ Joel and Ellie to Bioshock Infinite’s Booker and Elizabeth. The games industry seems to have found a new genre that greatly appeals to gamers of all types, and now UK-based Spiral House and publisher Maximum games hope to deliver another one of these duo games with Troll and I.

Troll and I is a third person action adventure with it a co-op buddy mechanic at its roots. You take control of Otto a young teenager living in the Scandinavian wilderness with his mother, he hunts for his food and makes his own tools he isn’t your average teenager. A rich millionaire has hired a mercenary army after reading about a spotting of a Troll in the wild and it’s their mission to bring back the Troll either dead or alive. With this our game is set and Otto’s normal rural life is turned into the making of a fantastic game.

The game gives you control of both characters with the ability to switch between characters on the fly, or if you have a friend nearby you can let then join you in a split screen game instead. The game initially puts you in Otto’s shoes as it teaches you the stealth mechanics by having you hunt down some boars, after a few attempts I was able to stalk and gut two of them and then I was back on my way home. On his arrival Otto realises his home is on fire and his mother is in danger and then the game puts you in a very frustrating running sequence which requires you to tap X at the right time and for some reason I kept dying over and over so it wasn’t really a great start to this adventure. Finally I made it through and the Troll appeared to me and sort of rescues me and there the bonding session begins. Along the way you learn of a crafting system, puzzles and special doors that can only be blown up by the right colour crystals. 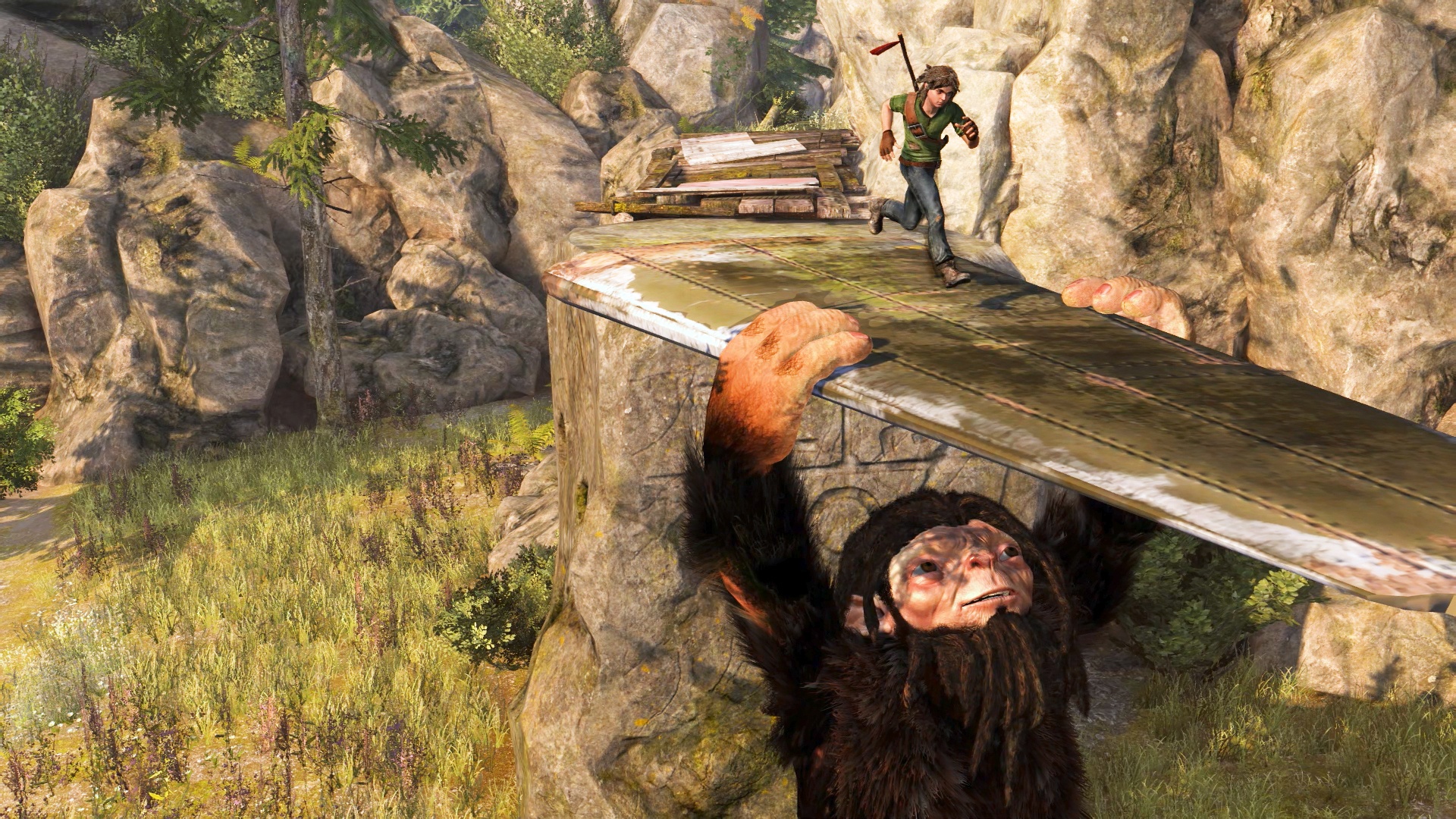 The game seems to revolve around the abilities of the two characters with Otto having areas where he needs to either sneak through or climb and jump through. He also has a combat mechanic where he is able to attack, parry and dodge but I could never get the timing right for parrying. Troll cannot stealth due to his massiveness but he has another strength which is he can literally mash enemies into a goo. Disappointingly the combat is painful with Otto being so weak and easily outnumbered and Troll’s attacks seem to miss more than they land it just becomes so boring that I would groan at the sight of an enemy. Alright there’s a crafting system to make weapons but finding components is very rare which would lead me to just stick with the simplest weapons that I could actually build, this obviously didn’t increase my love of the combat.

Let’s talk the buddy aspect, so the game has two different protagonists: Otto who is more stealth based with a more weapon based way of fighting from spears to clubs he can craft them all. Troll on the other hand is way too big to be stealth so instead he swats and slaps his enemies away with his brute strength and his large size allows him to use large objects as bridges and shields for himself and Otto. All good, but unfortunately when playing it in couch co-op a major issue arises in the pacing, early on there’s a section where Otto climbs through a hole and is supposed to help Troll get through a puzzle and I found myself as Otto taking a long time fighting and trying to find a way to help Troll who was being controlled by my sister who was getting increasingly impatient while I was searching for whatever I needed to find to advance the Troll. Eventually I found the way but my sister was getting very frustrated at having to be stuck while I was fighting and exploring as Otto, it didn’t take long for her to give up and leave me to continue alone. I haven’t even mentioned the weird way the developers decided to split the screen and whenever I used the inventory screen it would block about half the Troll screen which was not the best. 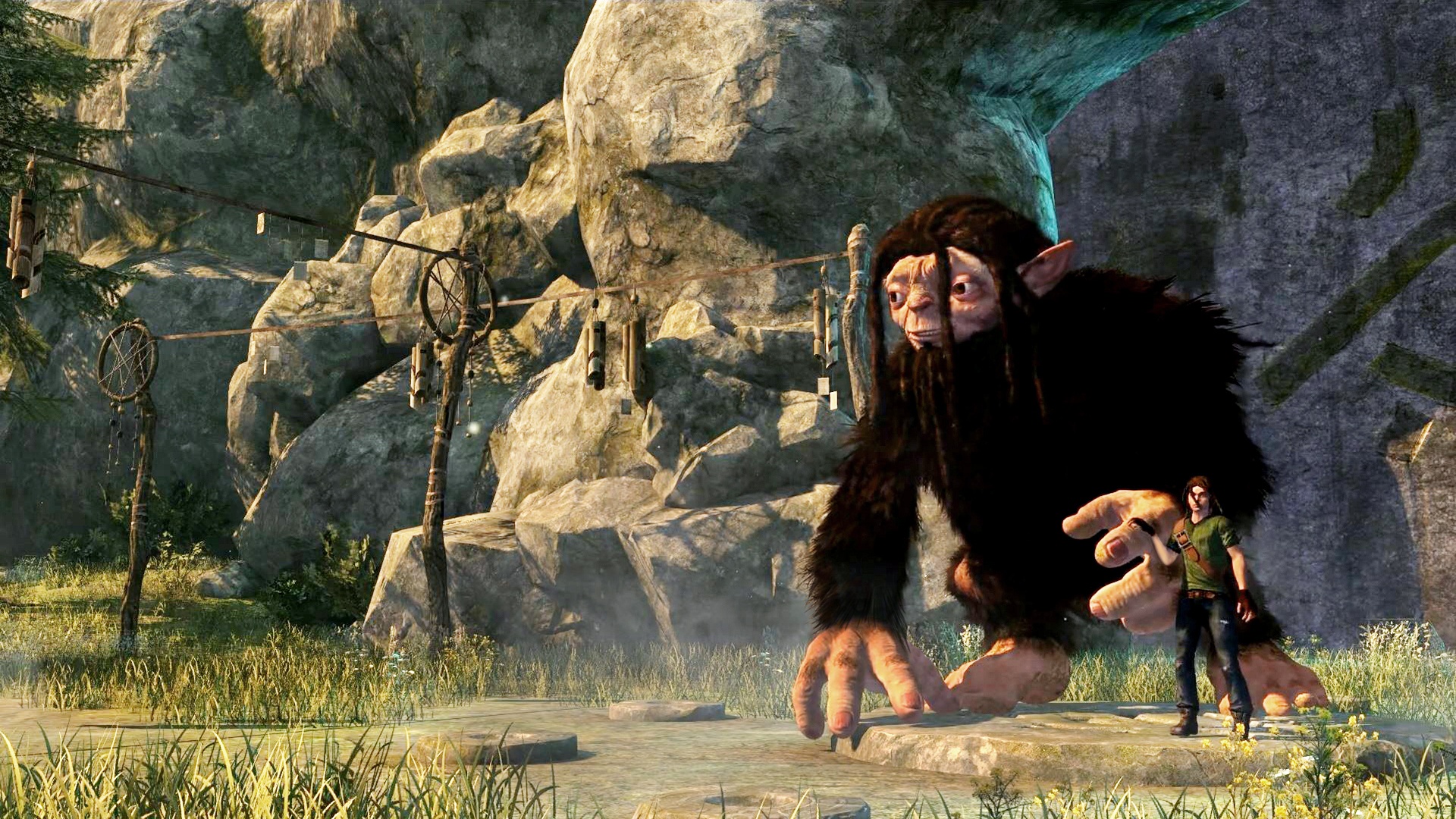 So audio-visual aspects, Troll and I will not be winning any beauty contests let’s get that out of the way but it’s worse than just that the game also has its fair share of  frame rate issues that should not be happening with a game that looks like this. And the pop in of foliage was very noticeable killing any immersion I might have had. Audio wise the game doesn’t sound terrible but it’s not great either with music just being very dull. Sound effects seem to be limited with a lot of repeating which gets very annoying very fast with Otto doing the same yell three jumps in a row.

I feel like Troll and I was far too ambitious a game for the developers to take on, the game is there but needed a lot more work on polish as it feels very clunky and more testing to identify the pacing issues that occur with the characters not having a balanced amount of things to do at the same time. The game lacks the visuals that’s expected of games today and just feels like an unfinished game that was rushed to release to just get it off their hands. It’s boring, frustrating and just doesn’t feel fun while playing, this isn’t worth the money and is way overpriced for what it delivers.  I definitely would say to not venture in these Scandinavian woods with Troll but if it’s a creature/human connection you’re looking for I’d recommend you look at The Last Guardian instead which delivers a much more refined experience that unfortunately Troll and I fails to deliver.