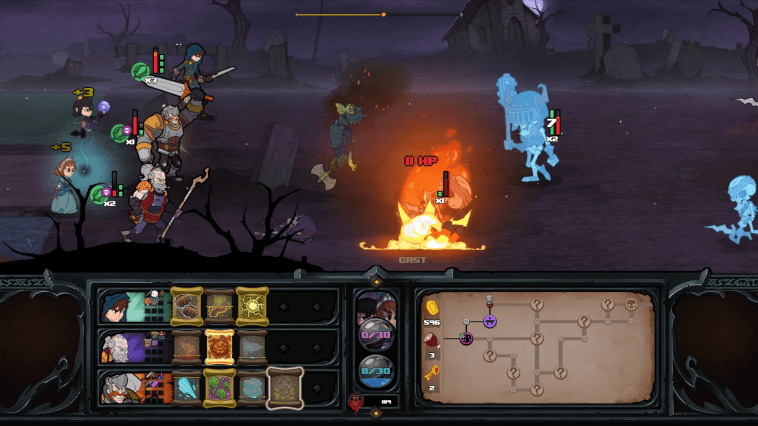 Has Bean Heroes has an interesting concept, but from the very start it feels more like a mobile phone or Facebook game, rather than something you’d play on a console. I’m reviewing the Nintendo Switch version here, and with the Switch in handheld mode, Has Bean Heroes feels kind of welcome (despite bonkers controls that I’ll describe over the next few paragraphs) but on the big TV, it seems a bit basic.

The issue with the controls is linked to the way that the game is played, which is actually quite innovative in itself. Has Bean Heroes is like a hybrid of Plants vs Zombies, a traditional roguelike and a cute, western interpretation on a JRPG. Players control three heroes (two of which are has-beans, hence the name) who must escort several princesses on their perilous journey to school, of all places.

Gameplay takes place in three lanes, with each occupied by one of the heroes. Enemies march towards the heroes from the right and must be vanquished before they reach the left, but it isn’t as simple as it may sound. Each hero has an attack and access to a few special moves and items, but after each attack, they must wait for a cool down timer to expire before wading in again. 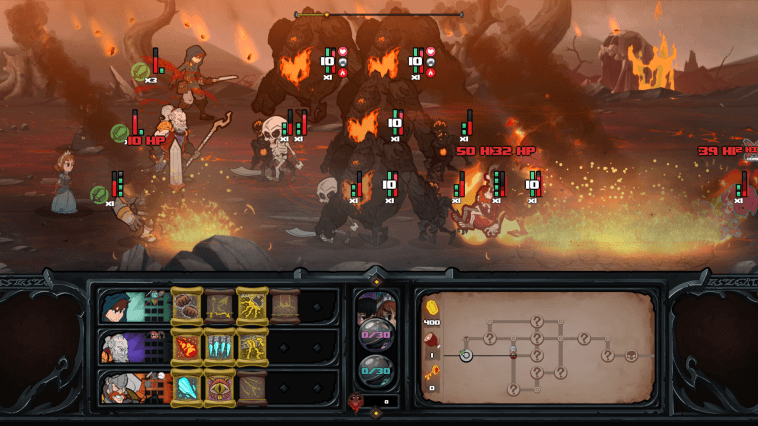 So far, so normal, but the twist in Has Bean Heroes is that depending how the level spawns, any given hero won’t have a fast enough cool down to clear all of the enemies that appear in his lane before they overwhelm him. To combat this, whenever a hero attacks, you can swap another into the lane behind him, ready to launch into a follow up attack. This core mechanic forms the basis of Has Bean Heroes gameplay, and in itself makes for a fun mix of combat, strategy and light puzzle solving.

What is much less fun, however, is the control mechanism. I honestly don’t know if I can fully articulate it because it’s so unnatural to me that my brain simply cannot retain it. Every single time I’ve played Has Bean Heroes, I’ve had to physically and mentally engage myself completely to figure it out, and it simply never became simple. Let me explain.

To select a hero or lane, players use one of the face buttons (X, Y or B) and then press A to launch an attack. Once it lands, the game pauses, and you can press one of the other face buttons to swap the attacking hero with the hero in another lane. Once this decision making is done (or even if not) you press L to send the heroes back to the left side of the lanes and the enemies keep marching on. The attack cooldown timers then begin to tick again until a hero is ready to attack, and then the process repeats. 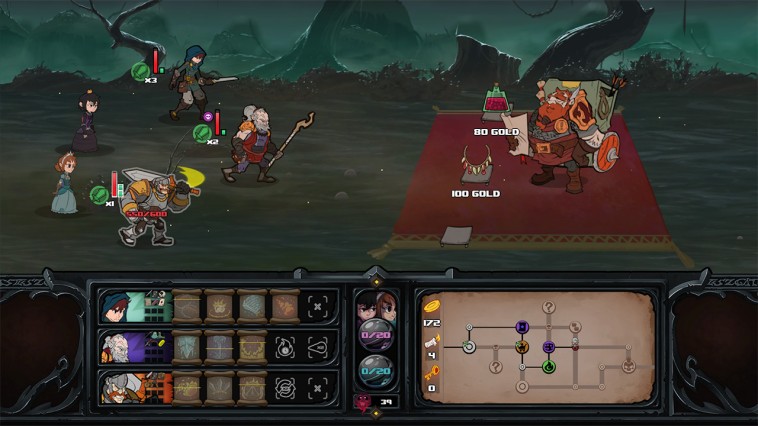 This is hard to follow and I often found myself manually pausing and unpausing the game using L at the wrong times, often failing to switch lanes or switching lanes incorrectly. As a result, Has Bean Heroes can be quite frustrating. In other situations such as normal navigation of the world outside battle, the right stick is used to select a location and the R button to move there, which also creates pointless additional overhead on the brain.

Outside of this considerable negative aspect, Has Bean Heroes has some potential. It looks good, with smooth animation and cute, fun characters that suit the gameplay style, and as I’ve already said the core mechanic is sound. The game is fairly long and fairly tough, and being a roguelike it has randomly generated levels and also features permadeath, which is another aspect I personally found frustrating, but on the Nintendo Switch in particular, it might work for some people due to the extra longevity. There are some cool boss fights, and there is a loot gathering angle that adds a bit of entertainment value.

In summary, I’m not a big fan of Has Bean Heroes, but I like it enough to consider that a shame. It can be fun, and it does some things well, but the limited long term appeal (to me at least) outside of handheld play, the abysmal controls and the frustration associated with any permadeath scenario just weigh it down too much. Fans of roguelike games, or those who think the lane based approach sounds like fun might consider picking it up, and I think it does gain an extra point for the mobile feature that only the Switch offers. Players on PS4, Xbox One or PC might want to consider docking a point as a result.