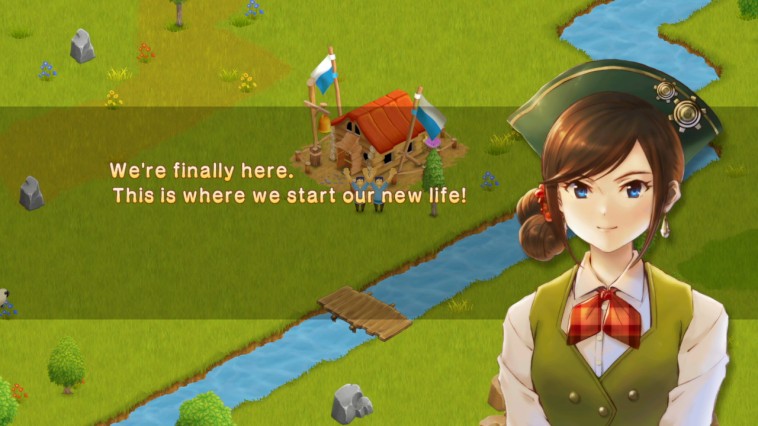 New Frontier Days ~Founding Pioneers~ is a city building simulator from Arc System Works, who really seemed to have come at the Switch with both guns blazing from the word go. You are, inexplicably, the mayor/God of a new founding town and are tasked with helping it grow and flourish to boundless prosperity. As your village expands and advances, new technologies and buildings become available, as you go through five “Ages” that reflect the rise of civilization.

Now that I’ve dropped the C word, I need to pose an immediate warning/disclaimer to any PC gamers: New Frontier Days is nothing like the acclaimed 4X series. New Frontier Days is more closely related to Sim City, but the nearest neighbor would probably be the Kairosoft series of games. New Frontier Days, at its core, feels like a mobile simulation ported to a console. This isn’t necessarily a bad thing: the Switch’s ability to pick up and go, combined with the touch screen, means that the potential to enjoy this game in a continuous fashion is there.

Out the gate, New Frontier Days does its best to welcome in new players who might be totally unfamiliar with the genre with some careful, methodical and easy to understand tutorial tips. Although it can be arduous, I appreciate the effort and patiently sat through the explanation of gathering resources, creating buildings and treating the gathered materials to make new products, such as cooking caught fish to become edible fish. After you finish the tutorial you immediately advance to the next age, which was…confusing. If one Age was essentially the tutorial age, why even include it? I suppose it’s to cater to the inherent mobile feel of the game; you want to get the rush of success and progress, even if you haven’t done anything. 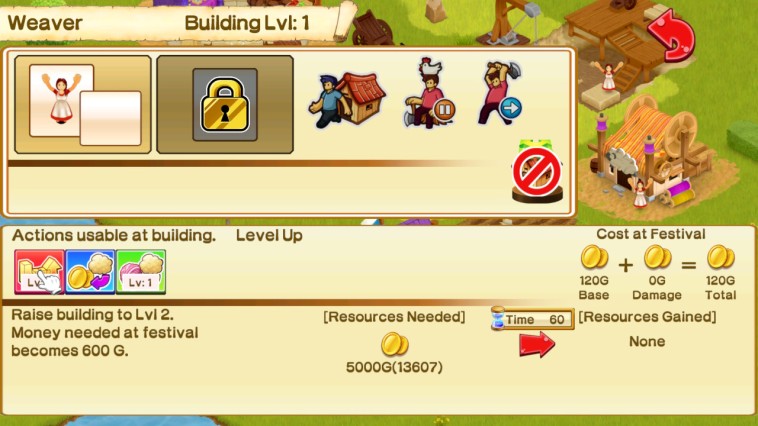 Unfortunately, since the tutorial provided me with all the money I would need to complete it, they failed to mention something big: money won’t just happen. This might seem like a given to anyone who’s familiar with capitalism or an economy in general, but, since the tutorial did such a strong job hand-holding for cutting down trees and watching my horse, I assumed that it would have explained that your initial income is solely processed and sold lumber. This didn’t dawn on me until after I had dived into debt and, by the time I tried to fix this, it was already game over.

After that initial crash landing, New Frontier Days proceeded as expected. Money came, new villagers came, and problems and solutions presented themselves in natural order. This game does afford a couple of fun quirk in the form of development goals and invention cards. When the adviser, Jessica, suddenly announces a new goal, you’ll have a set amount of time in order to accomplish this task. It can be anything from using a facility a set amount of times to successfully hunting and killing a bear (a task with a comforting long timeline, since I hadn’t even seen a bear when it was issued). Completion of the goal leads to receiving an invention card which exist in both active and passive cards. Active ones can add either positive or negative attributes (such as increased lumber value) for a limited amount of time. Passive cards add effects, like better sheep shearing, for the duration of your game.

Still, I was constantly hampered by the construct of the game when it came to villagers and buildings. You see, with gathering resources, villagers will automatically move on to the next-nearest target after maximum resources have been pulled from one location. While chopping lumber, one of my villagers wandered nearly half the map away in an effort to get to the next-nearest tree. But, in order to refine/create, you need to assign a villager to a building. Take the campfire, for instance. You tell a villager to sit down at the campfire, then you tell him or her to start cooking fish. You can tell them to cook any number as long as you have the resources. Some time will pass. As soon as they’re done, the villager will simply sit around gormlessly. So if you’re trying to balance a lot of different tasks, you might forget that someone is just chilling near the campfire doing NOTHING while everyone else is at task. This is an inherent risk with simulation/management games, but it just makes sense that the villager would wander off instead of sitting still. 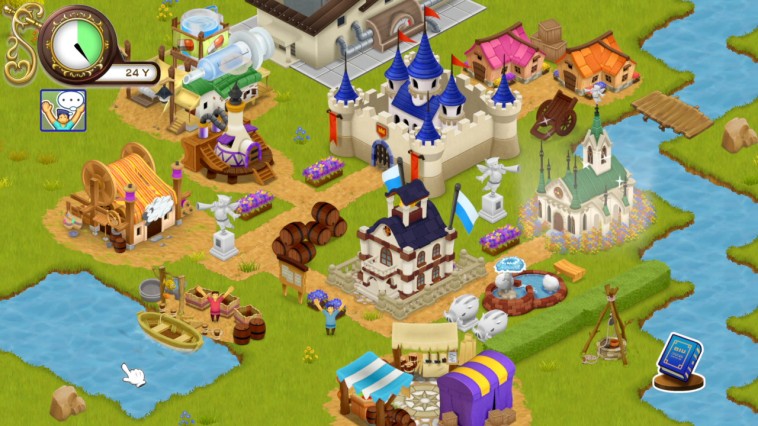 Additionally, there is haptic feedback for nearly every action. Some people may enjoy that. I simply did not, and it made me more inclined to play with the clunkier but less buzzy controller setup instead of the intuitive touch screen. Yes, you can turn off the vibration in settings, but then there’s nothing. I think that, properly used, the vibration would serve as a good notification system, instead of just a constant irritation to the fingers.

There isn’t anything inherently bad or wrong with New Frontier Days. This is a simple, run-of-the-mill simulation game that is inoffensive, quasi-cute and a pretty decent port of the mobile experience to a new console. I know there are people out there who’ll enjoy this sort of game, but I’m concerned that they don’t own a Switch. They’d pick this up for a couple bucks on their smartphones, play it religiously for a week and then forget about it. At nearly ten dollars, I would expect just a bit more to make the experience unique and engaging beyond an hour of my time. Sadly, New Frontier Days brings nothing new to the table and will bore or annoy anyone looking to test out this style of game.