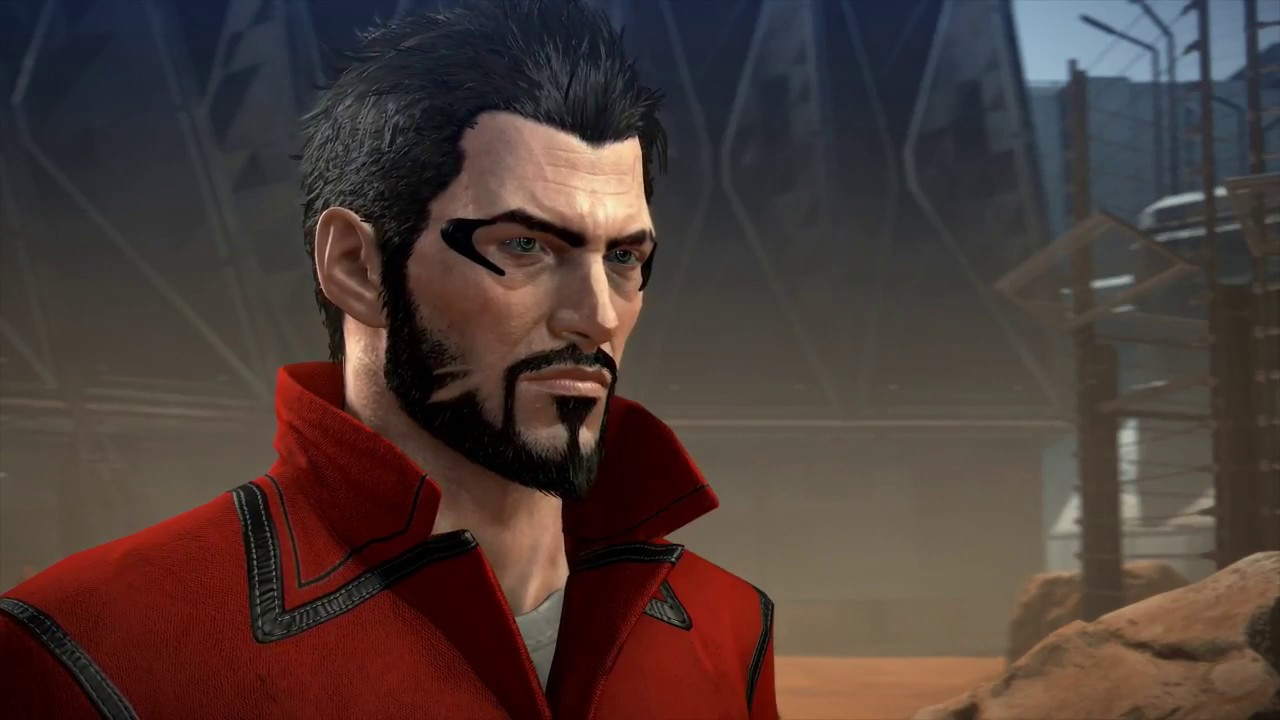 Previous expansion pack to Deus Ex: Mankind Divided, to put it in as few words as possible, was rather lacklustre. And when approaching the second DLC to the rather extraordinary base game, I had my reservations. And such were only further strengthened by the fact that the entirety of the Criminal Past content pack is simply a recollection of Adam Jensen’s memories, and subsequently, just like System Rift, the previous content add-on to Mankind Divided, it is irrelevant to the story which is portrayed by the base game. However, just like with any title, I was willing to give it a chance.

In comparison to System Rift, the opening to the Criminal Past, is absolutely tremendous. By taking away all your augmentations, and weapons, and by placing you in a penitentiary environment, Eidos Montreal has instilled a breath of fresh air, into the now tired formula of the Nu-Deus Ex.

For the first thirty minutes or so, Adam Jensen, the main protagonist, is just another prisoner. He can venture out of his cell, traverse around the cell block, and ultimately can access the recreational yard. The options, in terms of exploration are limited, but within that rather claustrophobic space, and within a rather short time, Eidos Montreal has managed to set the groundwork for the latter parts of the content pack.

Within the brief moment, within which the player explores the custodial environment, he is presented with a cast of vibrant characters, and a believable story. And in conjunction with each other, the two create a framework for a DLC which could be truly terrific. And the sense of Criminal Past’s potential greatness is further reinforced whenever player stumbles across items which he/she should have no access to. The second one pulls out a tranquilizer pistol, out of a hidden compartment, located within one of the cells, he/she will feel immensely powerful. The sense of having access to something, that potentially very few individuals possess within the entirety of the DLC, makes one feel like a God amongst men. However, what comes after, completely destroys player’s immersion.

After one has completed his initial round around the prison, he is presented with a pill which restores the access to certain augmentations. And at this point, the DLC is not completely off its tracks. However, soon after this takes place, player is instructed to proceed to another, restricted cell block. And the road which takes the player from cell block A to cell block B, absolutely shatters what the first 30 minutes of Criminal Past were building towards.

On the way to Red Shoes, an NPC who is located within the previously mentioned cell block B, the player will have a chance to pick up a shot-gun, an assault rifle, and last but not least, a sniper rifle. And once the player puts his or her hands upon one of these weapons, the sense of helplessness, and the elation which came with discovery of the tranquilizer gun, completely disappear. And such state of affairs is extremely disappointing, but not nearly as much as what comes after.

Once player meets with Red Shoes, he is instructed to meet another NPC, who is the current main objective of the DLC. And once the meeting between the two comes to fruition, a prison riot breaks out, and at this particular point, the previously intriguing, plot heavy, content pack, turns into yet another day in the life of Adam Jensen.

Throughout the riot, the player will be given a handful of tasks, which he/she has to complete before leaving the prison with the previously mentioned NPC, who should remain nameless for the sake of avoiding spoilers. And the journey between the first meeting between the two, and the escape which happens at the end, is a yet another, bog standard mission, which the base game was full of.

On the way to the finale, player will stumble across even more weapons than previously, but this time the arsenal will include combat rifles, revolvers, and even a grenade launcher. And all these will come in handy, as the second the riot breaks out, the prison itself is filled with fully armoured guards, and riot squads. And in order to counter balance the plentiful presence of the prison guards, Criminal Past throws in an army of armed prisoners, but a single armoured guard can take out every single one of them, without breaking a sweat. And yes, certain sections of the DLC do feature armoured prisoners, but once the player enters the said areas, everything breaks, both literally and figuratively. 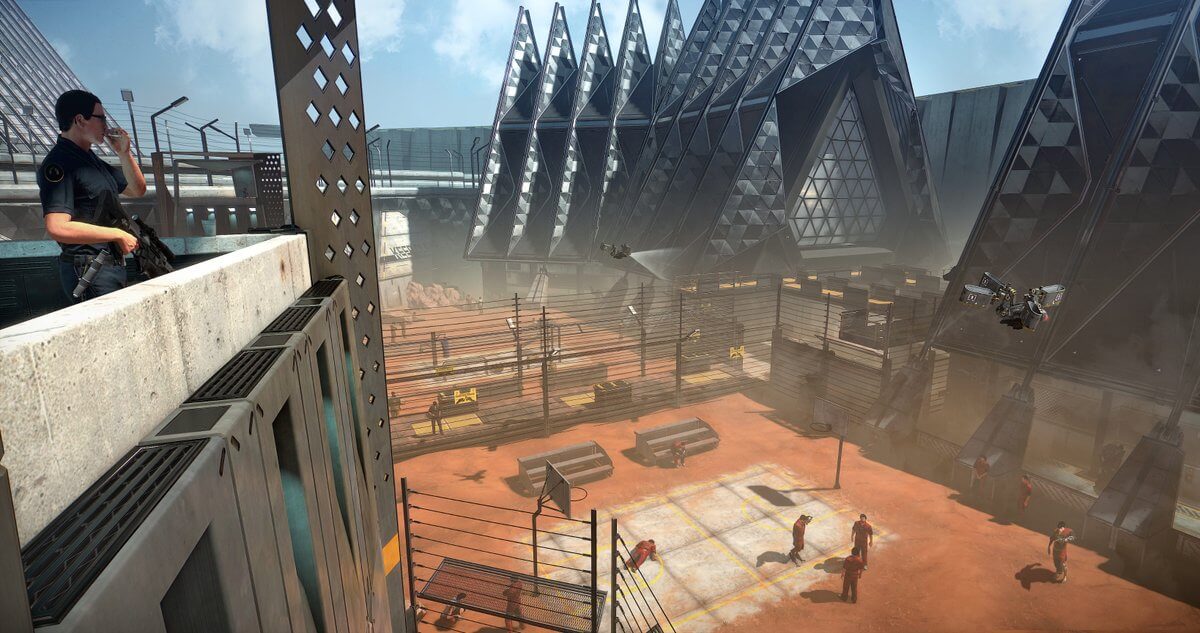 The final third of the Criminal Past is a buggy mess. It begins with out-of-place, and immersion breaking prisoner reactions, which are scared and afraid whenever they see you with a firearm. And the ones who do not shout at you not to point the gun at them, tell you to hide it before a guard sees you, while holding an assault rifle, in the middle of a prison riot. The sheer ridiculousness of this situation is absolutely mind-boggling, but while playing the DLC, you won’t have much time to think about it, as you’ll spend majority of it attempting to turn the game back on, as it crashes constantly once the final two objectives are presented.

The final portion of the DLC, which should have taken approximately about fifteen to twenty minutes, considering how close the final two objectives are to each other, has taken me, over an hour as the game would crash constantly. Every time I entered another location, every time I would carry out an action, the game would simply crash. And the only way in which I could complete the DLC, was to keep saving the game, and simply run towards the objective.

Once at the gates of dawn, the prison related part of the story comes to a close, and Adam Jensen have left the Arizona lock-up, with the previously mentioned NPC, and the Fixer, who is probably the most interesting thing about the entirety of the DLC, and should be experienced in person. But while he is what’s good about this particular content pack, then the ending is the complete opposite.

For the final couple of minutes or so, the game cuts back to Jensen who has been recalling his time at the prison, and despite what choices you’ve made throughout the DLC, right there at that very moment, you can simply change the course of the entire playthrough and simply chose another outcome, essentially rendering the entire DLC meaningless. Which considering how poorly structured, and technically flawed the Criminal Past content pack is, only further drags it down into the digital abyss, which is filled with DLC packs which are equally meaningless, and in all honesty worthless.