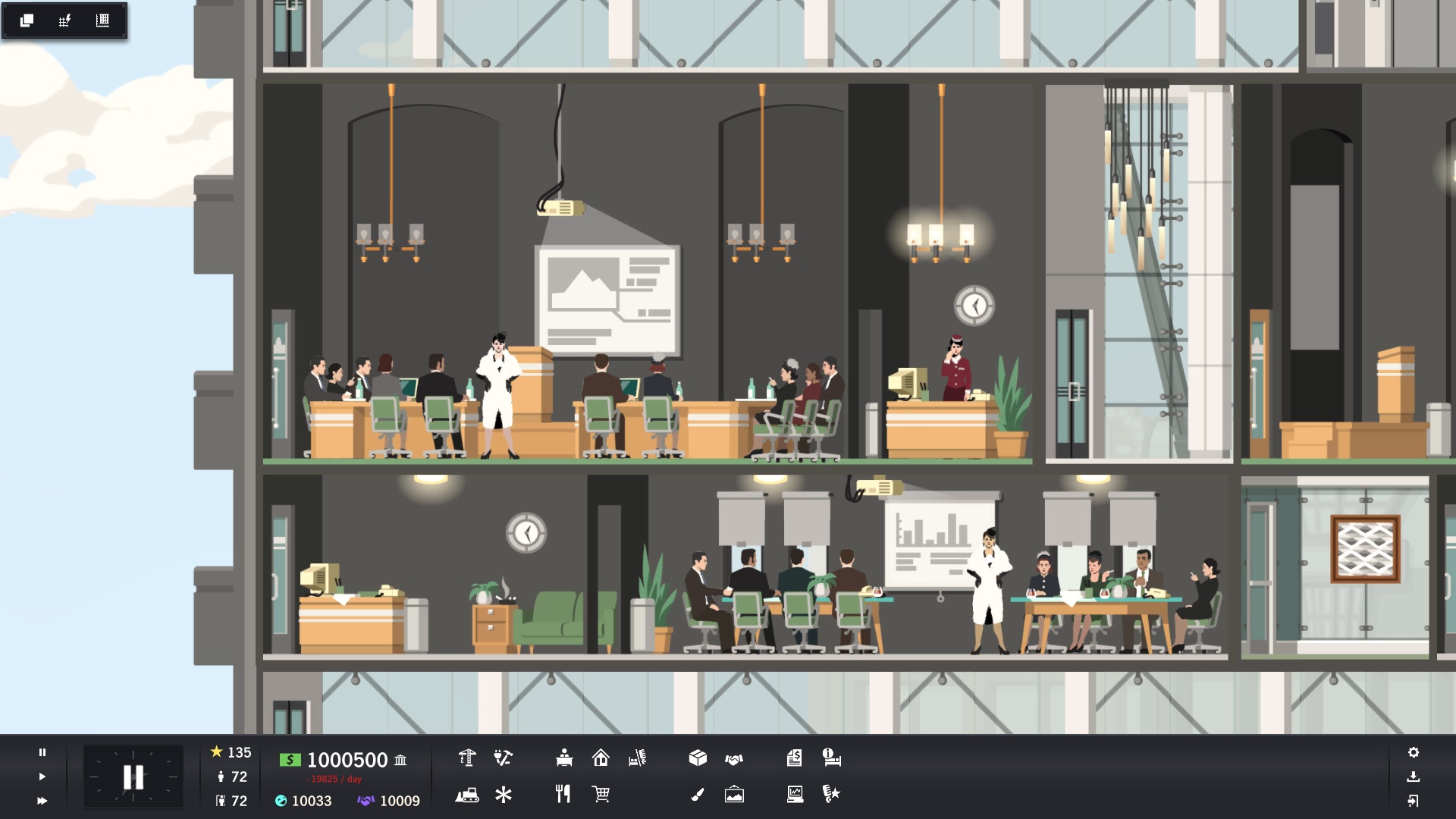 Project Highrise is a Strategy and Building Simulation game from Kasedo Games that has enjoyed high praise since its release in September of 2016. The Las Vegas expansion is the first DLC for the base game, which adds – you guessed it – all sorts of new features related to Sin City in the heart of Nevada. But given that Project Highrise already includes a healthy dose of management options, is the Las Vegas DLC a must-buy for fans of the franchise, or just an added expense better spent while on sale?

Project Highrise: Last Vegas expands on players’ previous ability to construct office spaces, apartment buildings, and other venues, to incorporate everything you might expect to see in Las Vegas, Nevada. From casinos to event venues and VIP locations, Las Vegas lends a whole score of new “rooms” that can be plugged into existing buildings, or added to new builds. At first, I was a little confused as to whether or not the Las Vegas DLC was a separate set of options and scenarios, but I was pleased to see that just owning the DLC allowed me to add the Las Vegas objects and rooms to current locations. 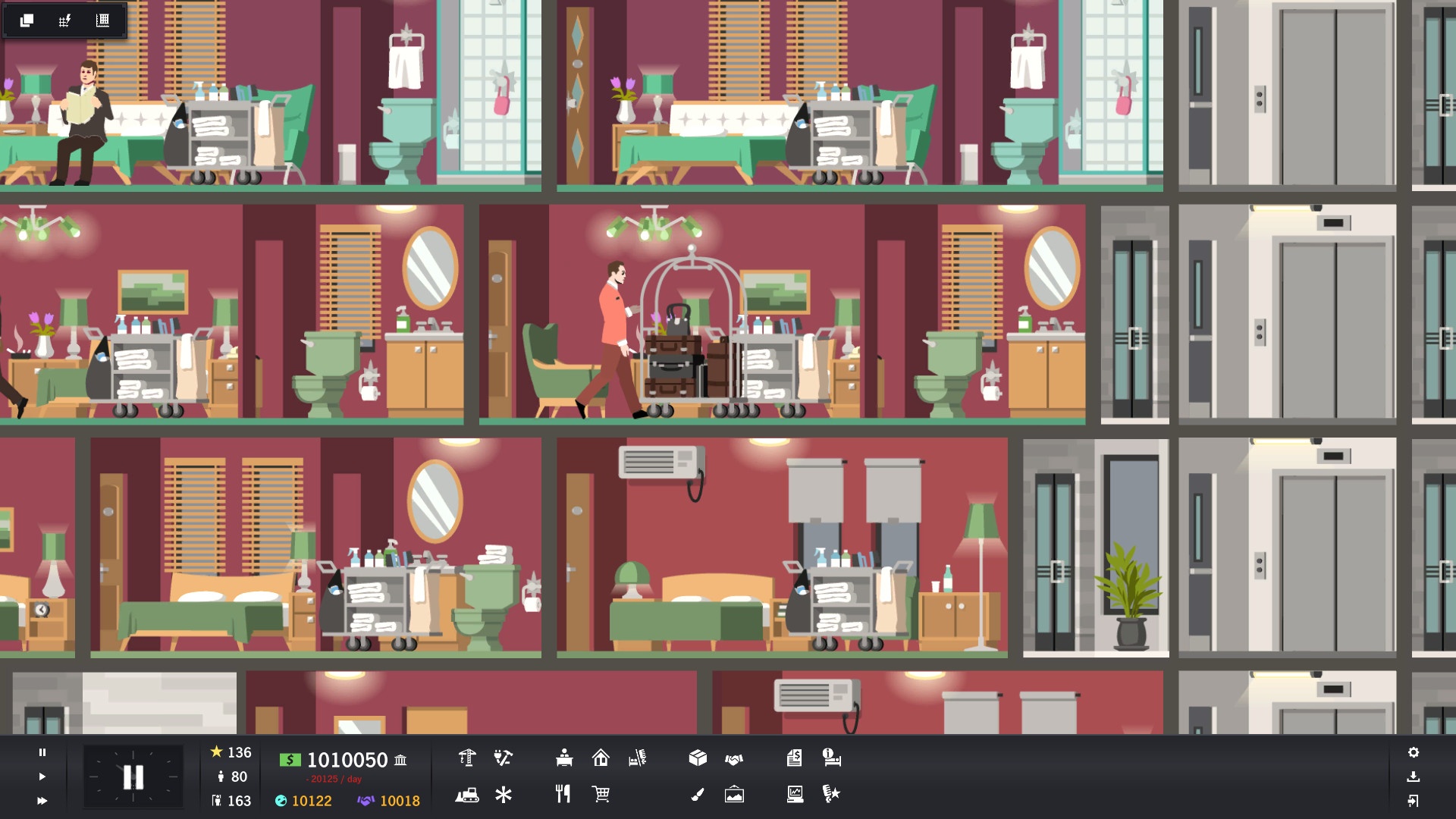 “In Project Highrise: Las Vegas the glamorous era of Frank Sinatra and the Rat Pack becomes the backdrop as you seek to build Sin City’s next sensation,” per the Steam store page description, and those elements blend rather nicely with the Mid Century Modern aspects of the base game. As in the original release, the rooms in the Las Vegas expansion offer a high amount of detail, and these locations are aesthetically pleasing. I still wish that the types of rooms had a little more variety when it comes to repeating the same “type” of place – for example, a small hotel suite is identical to the other eighteen players have already built, rather than having the option of a few different colors. But this is a minor set-back, and honestly, and understanding one; the sheer volume of content in Project Highrise: Las Vegas is staggering.

The casinos are a large, demanding bit of floorspace, but I was shocked to see just how much foot traffic they brought in immediately upon being built. Quite a few of the Las Vegas rooms are multiple-story, which gives them a more commanding presence in a line-up of single-story units. The variety of adding different performers and types of shows to the event line-up lends even more flare to the mix, and I found myself building these Las Vegas-specific features to other construction sites that didn’t resemble a hotel in the desert.

Another fun addition is the Air Conditioning unit, an HVAC system that works just like the other utilities already present in Project Highrise. Given the theme of the new DLC is a blistering desert location, I found this feature to be a fun, immersive aspect to the gameplay – who wouldn’t want air conditioning in Nevada, after all? The service elevators are a nice feature regarding reality in this 2D Building Simulation world, but they also felt a bit tedious – now that there are these employee-only lifts, a few of my service departments required them to be able to perform their duties, such as hotel laundry and room service. This meant that I often had to find space for service elevators and the standard style throughout my buildings. 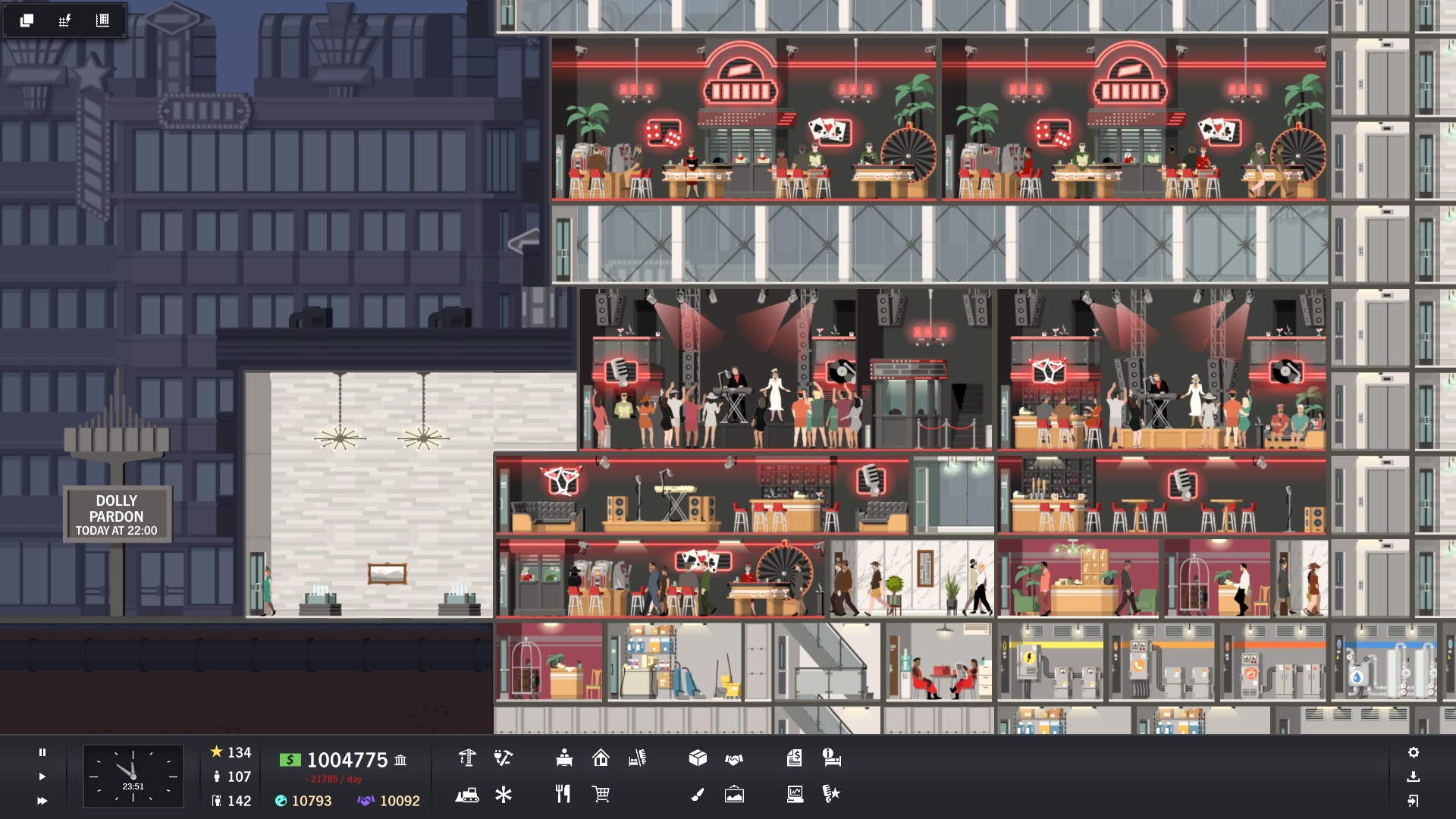 I am a huge fan of the Project Highrise base game, even though Building, Simulation, and Strategy genre titles are not my forte. But something is charming and surprisingly addictive about the mid-century vibe of this 2D world, and the Las Vegas DLC adds more value to the mix. The flexibility of designing the hotel of my dreams, or the coolest office space complete with a casino and dive bar, is one thing that makes Project Highrise: Las Vegas such a fantastic member of a Building Sim line-up. The implementation of the Steam Workshop, which allows users to upload custom content to be downloaded by other players, had already added a lot of variety and ingenuity to a title that stands alone just fine. The bonus challenge of keeping fickle hotel guests happy, even after completing scenarios and other challenges present in the base Project Highrise game, just lends even more replay value to an already challenging, versatile title.

This new DLC is absolutely a well thought out, polished addition to the Project Highrise world, from its stellar new hotel dynamic, host of new rooms and venues, to even the subtle aspects of outdoor decorations and marquees. Booking rock stars and comedians, or hosting business seminars, lends a level of realism that helps Simulation titles shine, and Project Highrise: Las Vegas has this in spades. There’s a brief tutorial to help introduce players to the new content, but I found it all to be very user-friendly despite the sheer volume of new stuff to play around with.

Naturally, there is a bit of a learning curve with Project Highrise: Las Vegas’ content, but I found that the glitzy casinos and elegant lounges were relatively easy to figure out once I got the ball rolling. Of course, there are different degrees of difficulty available, so it’s up to players to decide just how ruthless they want to be to themselves regarding nightlife management. Some of the decorative aspects of the Las Vegas world were lessened by the 2D quality of the Project Highrise style of gameplay, but the ability to build spectacular multi-floor rooms went a long way for creating the ambiance and pizazz of the Las Vegas skyline.