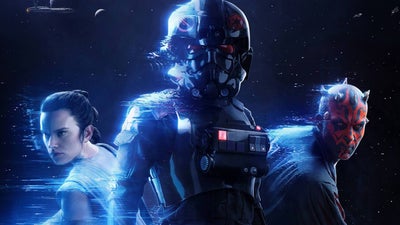 The biggest gaming event of the year has finally arrived kicking off the weekend with Electronic Arts EA play press conference which displayed a verity of fresh new content for well-known EA Sports franchise sequels, as well as all new games, and even featuring thirty full minutes of Star Wars: Battlefront 2 multiplayer gameplay. Immediately jumping us right into the start we get a first look of Madden NFL 18’s all new innovative “Longshot” story mode. Similar to how EA introduced us to The Journey with FIFA 17, EA is looking to continue with that approach make their way down the line with Madden 18 putting the players into the spotlight as you take control as main protagonist Devin Wade in hopes of achieving every child’s dream of making it into the NFL.

Shortly after a video montage featuring the Battlefield 1 community, EA revealed the first details on the new Battlefield 1: In the Name of the Tsar DLC.  With the addition of the Women’s Battalion of Death, it will be the first time a female character is playable in Battlefield. The DLC will also include new maps, vehicles, weapons, and more and will be available this September.

FIFA’s campaign mode also makes a comeback in FIFA 18 with The Journey: Alex Hunter Returns.  FIFA 18 will be available on the Nintendo Switch. No live presentation or word of the Switch was mentioned however, hopefully we’re able to get more Intel of it later at Nintendo’s press conference on Tuesday. FIFA 18 which will launch on September.

Need For Speed Payback made an appearance which featured a high-speed heist mission, reminiscent of The Fast and the Furious. To make it more interesting it looks as if EA is no longer going towards the FMV scene style story that had going on for years, instead we’re actually a fully well dynamic 3rd person story with a character we just might actually care about; so as we get to see in the trailer, it’s no longer  just about who makes it to the finish line first.

The creator of Brothers: A Tale of Two Sons revealed his new game, A Way Out. The co-op adventure involves two men breaking out of prison, and is slated for an early 2018 release.

Following the announcement trailer, Creator Josef Fares emphasized that A Way Out will be best played in couch co-op, and described the mechanics in more detail over a gameplay trailer.

BioWare announced a brand new project, Anthem, with very little detail of what the game is added with an incredibly short teaser. More details about Anthem is expected to be revealed during Microsoft’s E3 conference, which will take place Sunday June  11 at 2:00 PM Pacific Time.

EA officially unveiled NBA Live 18, which will feature a new mode called The One.  Your character in this mode will play games in the NBA, The League, and on The Streets. A free demo for NBA Live 18 will release in August, and all progress will carry over into the full game. Unfortunately this is no Frostbite partnered campaign, and though this nothing really new for those who are familiar with NBA 2K’s My Career and other features, it’s a step forward for EA and it’ll be interesting to see how they take on this new approach with the NBA Live franchise.

For the most part afterwards a large portion of the EA Play press conference featured Star Wars: Battlefront 2, beginning with this short clip of players giving feedback to DICE and EA.

John Boyega made a brief appearance via video to confirm his character, Finn, will be in Star Wars: Battlefront 2. The sequel will also feature a full single-player campaign mode, with a new story that helps bridge the gap between Return of the Jedi and The Force Awakens.

The Star Wars: Battlefront 2 multiplayer beta will begin this fall, but in the meantime, see the full multiplayer demo, Assault on Theed, below.

This battle featured 20 vs 20 gameplay, and special characters, including Darth Maul, Boba Fett, and Rey.

EA also announced that players now have access to select games for free for a limited time. See Play EA’s Games for Free this Week for more details on how.

Day one is in the books and as far as it goes EA definitely made a mark on what is to be expected in the coming months. The fans voices were heard loud and clear and EA delivered to assure their standards and expectations were met to guarantee the best gaming experience possible.