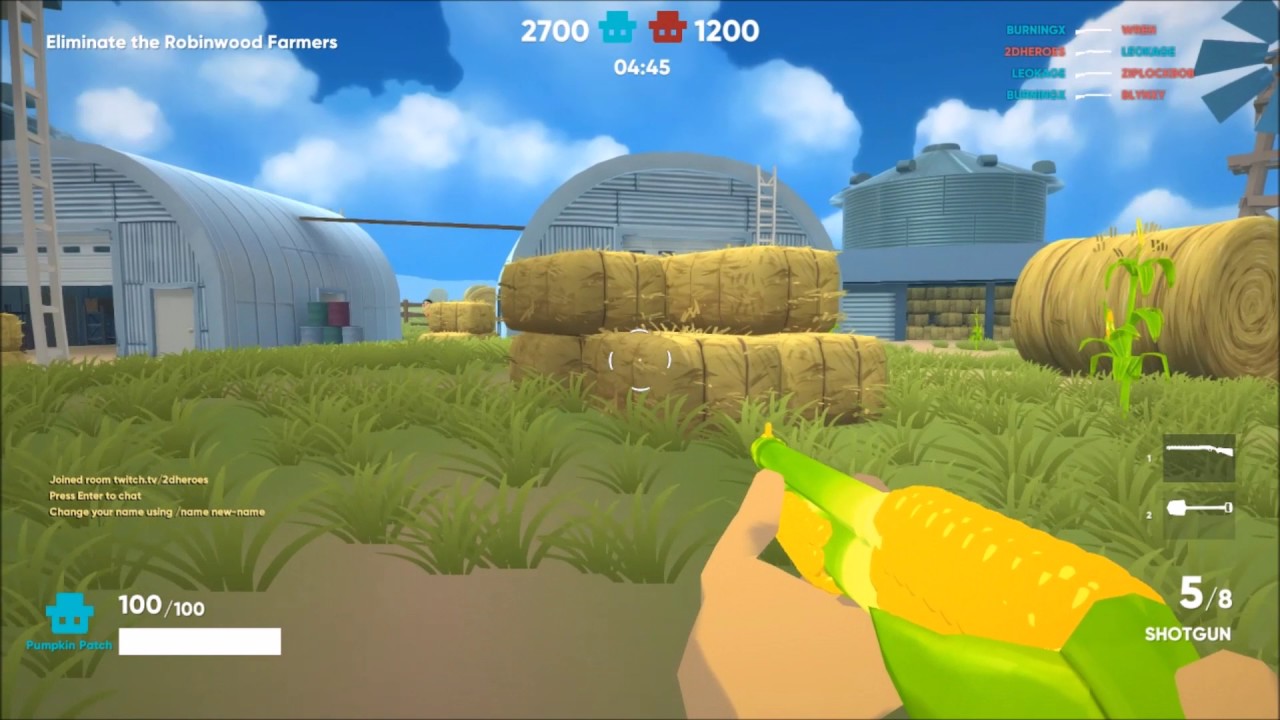 I’ve said in previous reviews that sometimes simple is best. Shotgun Farmers is not only simple on what it promises, but also delivers. The game is a first-person shooter developed by Megastorm Games, Shotgun Farmers is about farmers with guns who go around shooting people in various match modes. Only instead of using normal guns, you use guns that are made from vegetables that you can harvest on the ground. This unique gameplay concept, combined with the cartoonish art direction, makes the game feel like a cartoonish version of Hatfield’s and McCoys.

The game has no storyline nor a single player that explains why the farmers are trying to kill each other or how they can breed weapons made from corn, peas, and other vegetables. However, that’s not a huge factor as the game is primary focused on gameplay and multiplayer, so it gets a pass. The multiplayer is online only, but you can play with different players around the world from the US to Australia.

While the connection is good, the problem is finding a game. A good portion of the time, your struggling to find a game to join and must wait awhile to be able to enter a match. When you do enter a match, you find yourself in one of four game modes: team deathmatch, free for all, king of the hill, and a unique one called chicken run where you try to catch the chicken before others do so to earn points. First Person shooters will easily be able to get into the games, especially if you play Team Fortress, which seems to be an inspiration for the game via graphics and GUI.

The mechanic that stands out for the game is the harvesting feature. All the guns represent vegetables such as the corn shotgun, pea pistol, carrot bazooka, and asparagus sniper rifle. You don’t reload in this game, so you never worry about that, and if you run out of ammo you get out your trusty shovel to smack people with. To gain more ammo, or a different gun, you need to harvest the growing food which can be found all over the level via the ground. The growing crops need to be hit with the harvest key so they can be collected, supplying you with your weapon. Certain areas in the level automatically grow these plants, but any shot that hits the ground will also start to grow a crop of that gun. This means you can grow your own hidden ammo catch and return to it later after its grown full. Not only does this mean you have to be careful of your shots, so you don’t leave random growing ammo crops anywhere, but you can utilize strategy or help a fellow player out by giving them a place to gain ammo or guns. 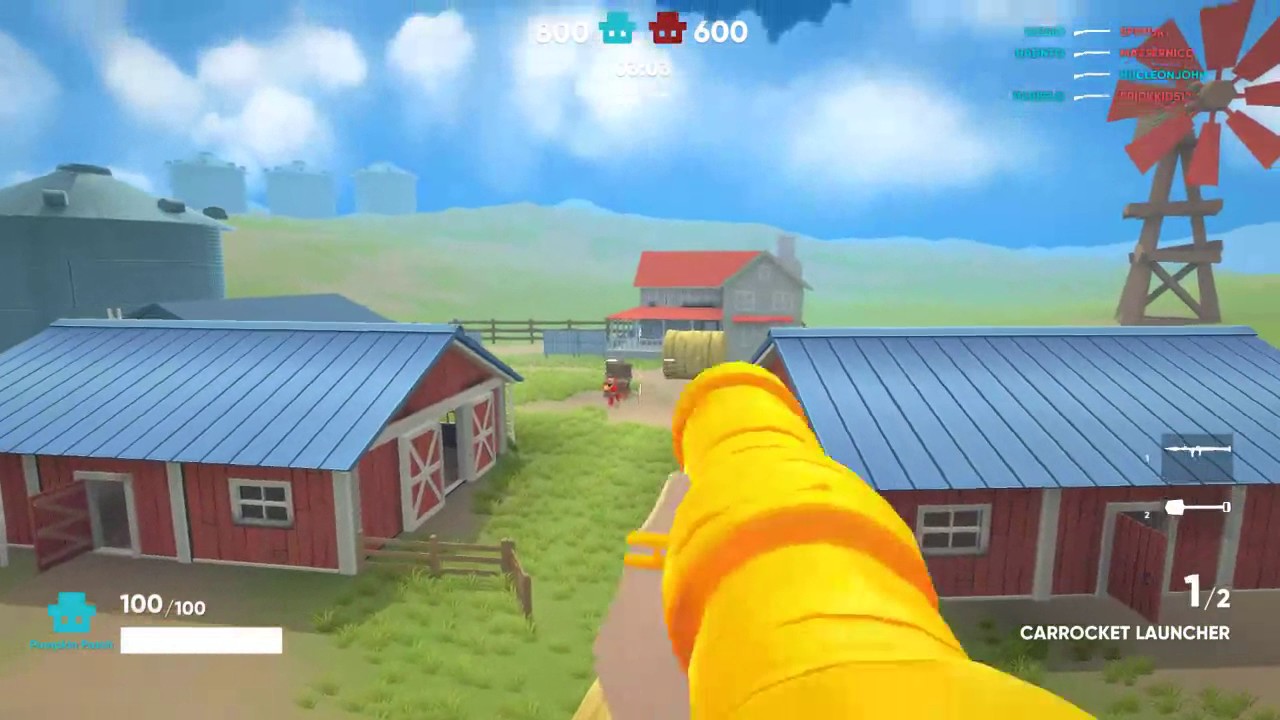 The game allows you to customize your own character upon earning achievements such as kills, wins, and more. While you are given plenty of options to design the character at the start, more can be gained as you level up. The character themselves are very cartoonish with beady eyes, floating limbs, and big heads. This is the feel of the overall artwork of the game both in environment and level design. The music is what you would expect with a game about crazy farmers: standard banjo music and violin tunes you would hear in a hoedown.

Overall, the game plays nice and smooth with simple mechanics and controls. The environment feels nice, combined with a wacky feel of fun and silliness of shooting with vegetable guns. Plus, it has a unique feature that allows it to stand on its own. If you can find a game after waiting, then you’re in for some fun. Shotgun Farmers gets an 8 out of 10.