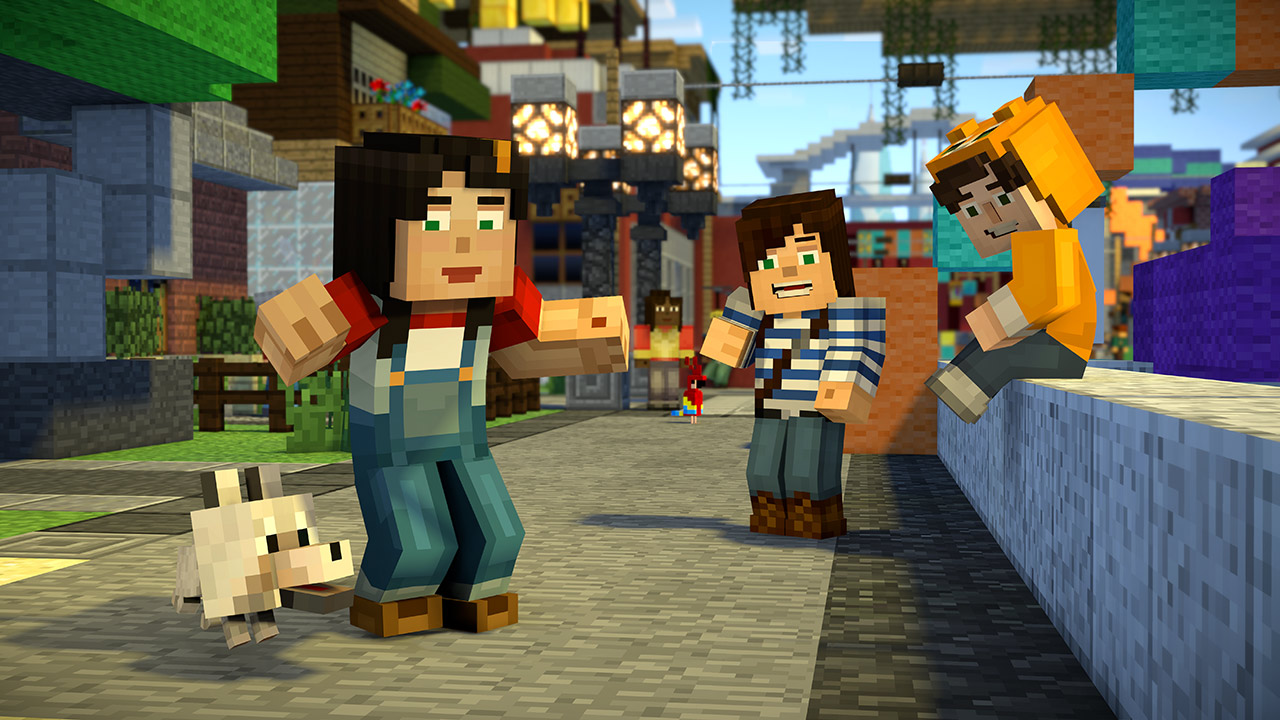 Episode 1 got the new Season of Telltale’s return to the world of Minecraft off to a promising start and ended on a cliffhanger so I was keen to pick up the story when the second instalment arrived this week. With ‘The Admin’ now established as the antagonist of the new story, what adventures await Jesse, Petra, and co?

Spoiler Alert: I will do my best to avoid giving away too much of the plot in this review but, out of necessity, I will mention events from episode one… You have been warned!

After a quick recap of the season opener (again, narrated by resident scribe Lukas), Jesse is straight into battle with The Admin, a colossus that our heroes had a narrow escape from in the Sea Temple last time out. With many references to having created ‘every block’ in the world, he shows off his power by suddenly casting Beacontown into darkness, bringing out hordes of mobs in the process.

This sets off a series of QTEs (which I have found play much better with a controller instead of the PC default of mouse and keyboard) as Jesse first tries to escape and then hatches a plan to bring down this colossal foe. The plan works surprisingly easily (perhaps a little too easily) and everything returns to normal… at least for a while.

The Admin soon reappears as a pop-up snowman, casts the town into night again, and sets Jesse and friends the task of travelling to his tower and destroying his clock. In the tower, they must take on a series of devious challenges and overcome seemingly impossible odds to save the day. 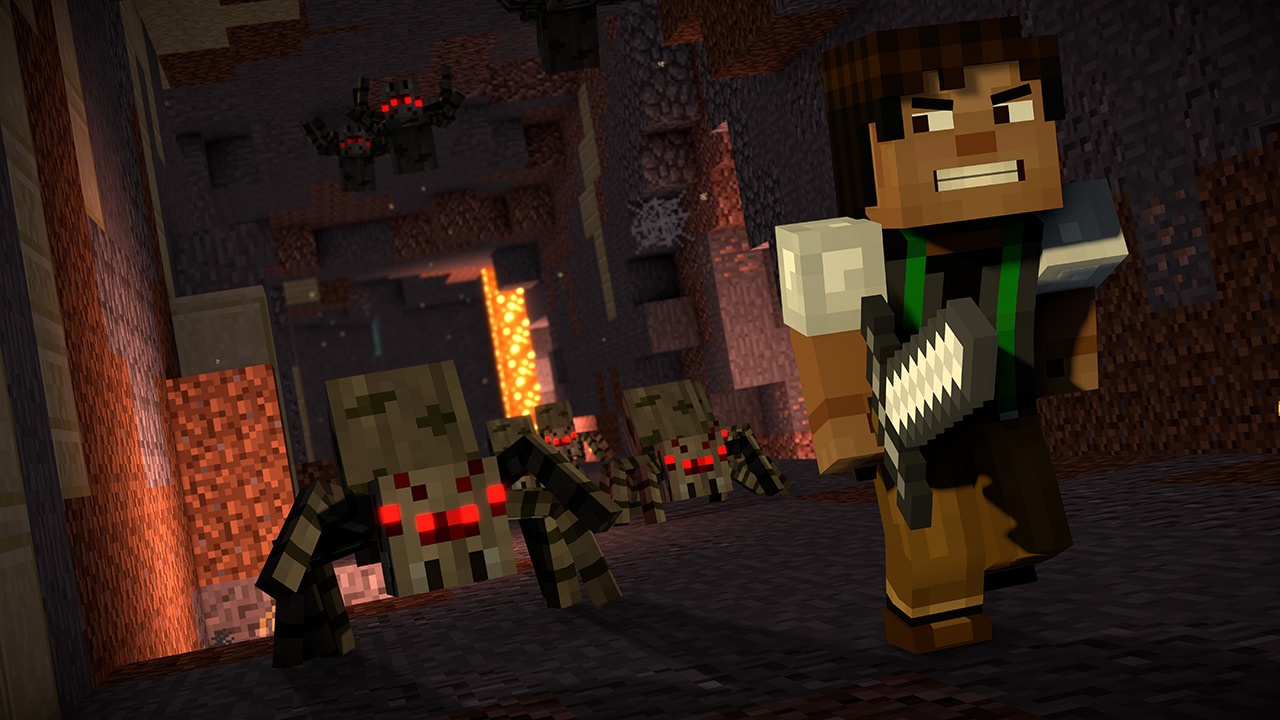 There is much time dedicated to adding depth to some of the new characters in this episode. Jesse’s nerdy and nervous assistant Radar comes along for the ride hoping to prove his worth. He provides some of the funnier moments with his occasional rants (“Radar. Radar? Radar!”) suggesting there is more to this one than meets the eye. Champion City ‘rival’ leader Stella is also along for the ride with Lluna the Llama as are Jack and Vos, all of whom were introduced in Episode 1. Stella tries to stir up trouble, as you would expect, and there is an unexpected and compelling twist with one of the characters near the end (but I’ll let you see that one for yourselves!)

I personally did not enjoy the development of The Admin as the main enemy, however. In Season 1, we had the intriguing gradual turn of Ivor from the assumed villain to key member of the group and the ominous silent threat of the Wither Storm looming in the background. The Admin, by contrast, is very much in the foreground and anything but silent. He also displays an unusual sense of humour, which was amusing to many I’m sure but fell flat with me. Even his morph from the colossus to the evil snowman didn’t draw me in. The snowman incarnation came across as a more child-friendly version of the White Pumpkin from Episode 6 of Season 1 (one of my favourite episodes so far). There is, and probably will be, scope for more changes in The Admin’s appearance and character in future episodes of course so we will have to see how those play out. 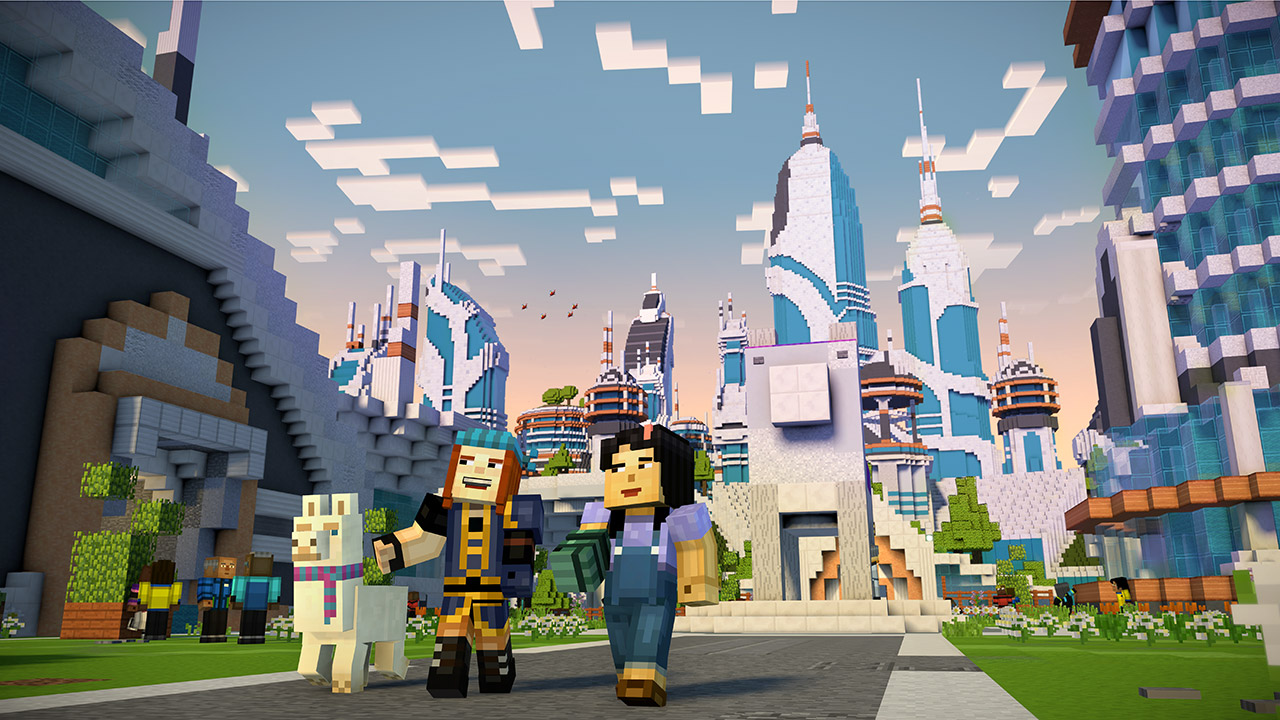 The Admin does draw some major heat in establishing himself as a villain early on though when he commits the dastardly deed of destroying Reuben’s memorial (you’ll pay for that!) This leads to another new feature of this season that I didn’t mention in my Episode 1 review – building. Unlike the button-mashing the previous adventure, players can now place blocks and build their own designs. In episode 1, Nell asks for a special statue outside here house and here we are given the opportunity to rebuild Reuben’s memorial. Although this allows for a more personal stamp on the game, it comes across as an unnecessary addition. It takes time to build something fitting (especially if you truly want to honour the pig who saved us all) and the controls are fiddly. It has no consequence as other characters will love whatever you build (and, to be frank, if I wanted to build something, I would simply play regular Minecraft).

The new combat system also comes into play frequently this episode as you battle to save Beacontown and to beat The Admin’s challenges and traps in the tower. The rolls and stamina bar are slowly becoming more familiar and add a small element of strategy (button-bashing will no longer get you very far). The tower also features some puzzles and a fun archery mini-game which help break up the dialogue and cut scenes nicely.

This is a solid second episode, if not quite as enjoyable as the first. It is a little short, taking less than 90 minutes to complete as opposed to Episode One’s two-hour playtime, but there is plenty of character development and plot advancement in here as well. The Admin may not be the most compelling villain but there is a twist and another transformation to witness near the end so there will be more to come from him in future episodes. The new combat system and mini-game style challenges add to the fun of the game, though the building option does not really add anything. The usual well-written dialogue and game-changing choices make for an enjoyable episode overall and the preview for the next instalment suggests dark times to come. We patiently await….