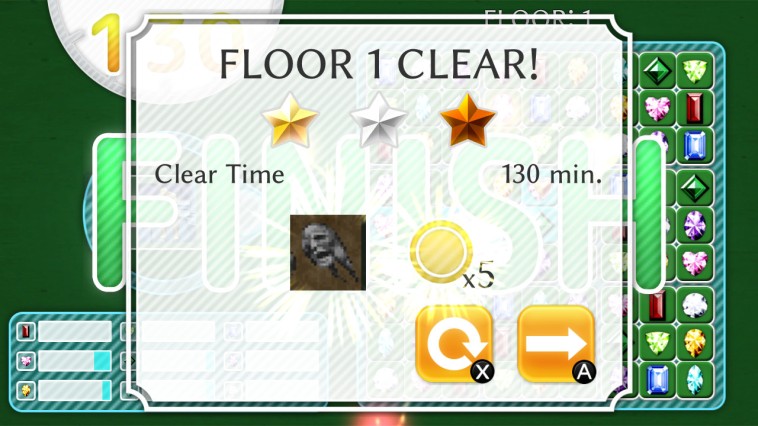 I really have to hand it to the people at Calliver: they are absolutely tenacious in their quest to put shovel ware onto the Nintendo Switch as fast as possible. There’s a market for casual gaming, there’s no doubt about that. The 3DS and it’s predecessor, the DS, showed that people from all walks of life appreciate a good handheld system, and the sheer number of titles that ranged from coloring books to straight up movie downloads really confirmed this. So I get where they’re coming from with Physical Contact: Picture Place. But that doesn’t excuse that it’s a pretty godawful situation.

Picture Place might seem like an odd title for a game, and it’s even stranger once you take a look. At first, you’re just presented with a series of jewels and gems and expected to put them…somewhere. I literally had no idea what to do and, of course, there isn’t a tutorial (to be fair, I wasn’t expecting a tutorial for SPEED or 2048 either). But when I went into the options I found there was a choice to toggle between gems or numbers. Once I did that, it became crystal clear: you are supposed to have a unique line of gems, with none of the nine repeating, in lines going horizontally and vertically. If you just keep it at numbers, this is Sudoku through and through. BUt, perhaps fearing that Sudoku wouldn’t be especially exciting (or perhaps there’s a license for it), Calliver took a different (if not totally unique) approach and allowed you to use gemstones instead of numbers. If you just keep it on numbers, it doesn’t affect the game whatsoever and, honestly, was more enjoyable to play, though I can see how folk sick of the same numbers game might be interested in something at least a bit different. 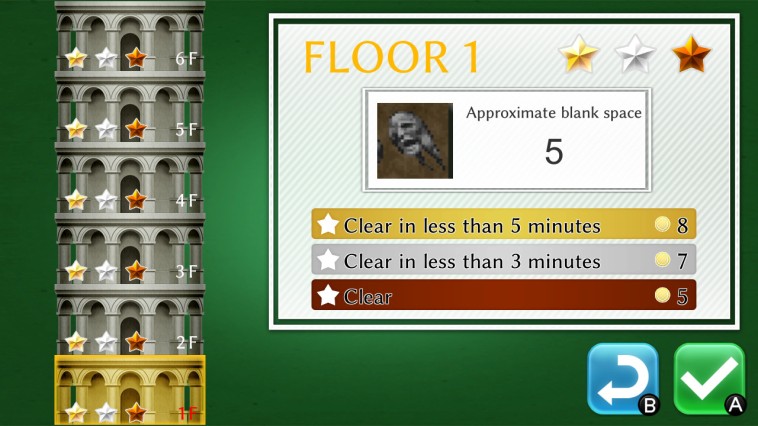 Much like the NEO GEO titles that SNK keeps pumping out, I’m less and less inclined to be heavily detailed on the ins and outs and focus more on what makes it unique. So the music is exactly the same. The sprites that are used for player representation is exactly the same. And the weird shop is, once again, just a way to extend gameplay and make you want to keep roughing through the weird tower that is the hallmark of how the Physical Contact series expresses single player mode. All in all, it’s a carbon copy of the setup of each previous Physical Contact game, with the only difference being the gameplay itself. That seems like it should be a serious difference, but when you keep dressing different kids in the same Halloween costume they all look alike.

Once again, Physical Contact: Picture Place is adamantly avoiding using the touchscreen, which may raise questions as to how to, well, play. What happens is you have a wheel that you cycle through and place tiles down with one hand (the wheel cycles with the left joycon buttons) and you move about the board with the right joycon buttons. The end result is something that sort of makes sense but still feels unnecessarily clunky. Like when you see restaurants that purposely use funky plating to exhibit their avant-garde deconstruction of a grilled cheese sandwich. It’s certainly one way to do it but why when there’s a perfectly good way (plates or, well, joysticks) to do it anyways?

The two player mode is an equal mess, as they actually have players compete on the same puzzle at the same time. Physical Contact: Puzzle Place makes it so you’re constantly trying to get to a slot before your friend to put down the tile, so there’s at least a bit more of an edge. However, if you don’t have two sets of joycons, you’re forced to use one Joycon in a bizarre reconfiguration, where everything is smooshed into a single controller in an incredibly un-intuitive way. The result was traipsing around the board frantically for several minutes before one of us even figured out how to put down a piece, and by then we had completely lost interest in trying to finish, but we did. I guess I won, so why do I feel like such a loser? 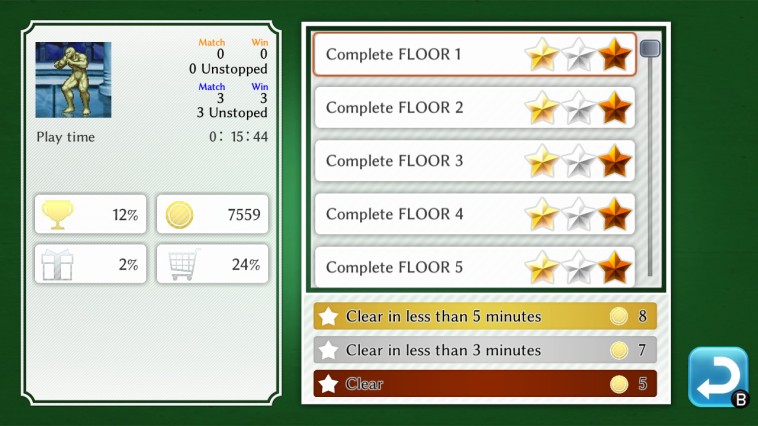 At this point, I have to at least acknowledge that Calliver is trying. Physical Contact: Picture Place is something different and not just an exact copy of their first game but this time it’s solitaire. And using pieces of precious stones instead of insisting on numbers shows not only that they’re trying new ideas, but they have flexibility and let me use numbers for when I needed to actually figure out how to play. The problem, however, is that I simply wasn’t inspired to want to play it. If I received this game as a gift, I’m play it exactly the same number of times I’d wear that sweater my great aunt got me: twice, when she was at my house, and that’s it. There is an audience for not-Sudoku Sudoku, but I hope that Calliver understands that the Switch isn’t like the 3DS. There isn’t a glut of casual gamers who bought this for their families as Christmas presents. This console is still crazy new and the number of serious, high end titles is driving sales, not people who need a new way to kill time in the doctor’s office.  Releasing games like this when everything is still so new and fresh is going to be detrimental, and, by the time there’s a large enough causal Switch market, the Physical Contact series may be long forgotten.