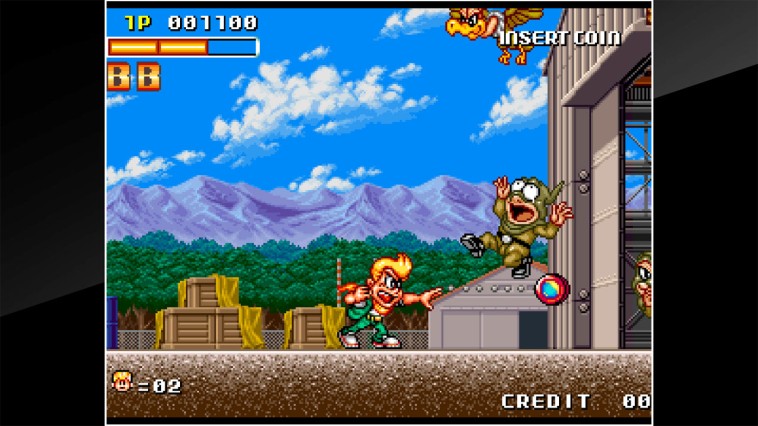 Let’s here it for forgotten classics, shall we? Let’s hear it for the fantastic games that we all played and enjoyed but they never get enough acclaim. Who out there ever did a ton of sick flips and twists in Uniracers? Who actually played and finished the inoffensive Quest 64? Who got perfect score across the entire soundtrack of Mario Dance Dance Revolution? These games are all loved and enjoyed by people across the globe, but you’ll never find them on top 100 lists for whatever reasons. Well, let’s add another game to that mix. Let’s talk about Spin Master.

If you’ve never heard of this forgotten sidescroller from 1994, I don’t blame you: I hadn’t either. It’s this hilariously strange story about a dude who buried treasure on a forgotten island somewhere, made a map, died, and then the map got torn into pieces. You, Johnny, dreams of one day finding the treasure, because why the hell not? But then this crazy scientist kidnaps your girlfriend (because that’s what bad guys do) and he wants to find the treasure first so he can, and I’m not kidding, buy all the candy and toys in the world so kids have to study and eat balanced meals forever. Is this really a bad thing? I mean, sure, no toys sucks, but making sure all children forever eat healthy is…that’s good, right? Anyways, you gotta stop this, and so Johnny, along with his “rugged sidekick” (their words, not mine) embark on a quest to find the map, discover the treasure and stop the evil scientist with your trusty yo-yo. Yes. Yo-yo.

Right away, you know you’re onto something good with Spin Master, not just because the name of the game or the crazy back story. The graphics hold this specific kind of round, bubbly aesthetic, and you wouldn’t be surprised to find out the game is from our friends at Data East, who did the Joe & Mac series on the SNES almost at the same time. The human sprites here in Spin Master feel like they are literally descendants of the cavemen in the other game, and I don’t think it’s a bad thing. It sets the tone well, because you know you’re in for a good time and that things are going to get a little wild but nothing is going to be too scary, graphic or weird. It’s like when you start up a movie and you see the Pixar logo: you know you’ll be crying hysterically in an hour but at least everything looks nice. 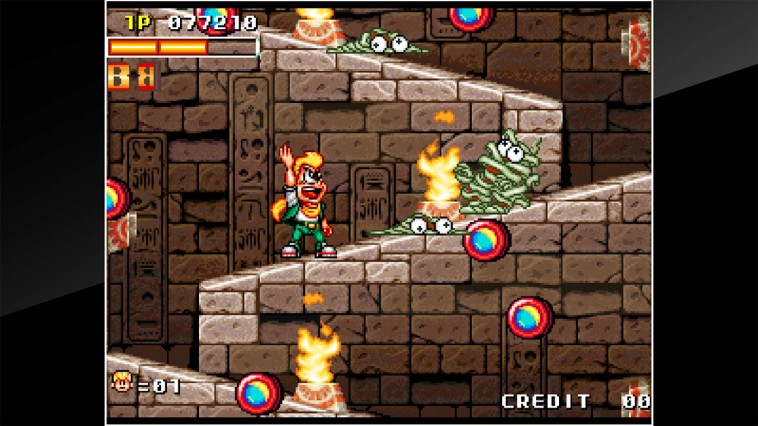 Spin Master challenges you to have a semi-ranged attack with your yo-yo as you move about the worlds, trying to fight…I guess ninjas are your primary bad guys. I think they’re ninjas. They’re a bunch of dudes in wrapping, who later can literally be mummies, and some are burlier than others. Most will simply try to walk into you or punch you, but you will get some projectiles you’ll have to dodge. Thankfully, Johnny (and “rugged sidekick” Tom) have some pretty good strength in their yo-yoing, and the rate of fire is high, which I actually appreciate. You have a bit of versatility as far as aiming, and, additionally, you also have a limited number of super power attacks that do screen-filling effect. If you still have your traditional yo-yo, for example, Johnny does this crazy around the world swing that gets bigger and bigger until it hits everything in sight. You can only have two superpower attacks in reserve at a time and, if you’re lucky, you might be able to refill that gauge without needing to die first. Of course, if you do, the NEO GEO credit system makes it so you can easily pick up from where you “dropped off.”

If all Spin Master gave you was the yo-yo, that’d be enough, but that’s far from the only weapon. Along they way, you find shuriken, icicle projectiles, some kind of weird “doppelganger” throwing system, even fireballs, and each of these weapons has their own version of the superpower attack, which is just a cool extra for the game. It’s some wonderful detail that makes it worth playing, and you’ll need all of these weapons to deal with the frantic pace of the game. You see, Spin Master, despite being about candy and treasure and basically being a simple Goonies inspiration, is far from a relaxed game. Enemies are coming at you CONSTANTLY, from the air, from the sea, from every angle. They don’t wait their turns, but will all come at you at the same time, and it’s a good thing you can shoot fast, because you gotta. The bosses that eventually come at the end of each stage are large, fast and relentless. I would say that one of the few downsides to this game is the fact that the bosses, like so many NEO GEO games, aren’t made to be defeated easily or on a single coin. One of the best strategies for everyone is to die, get an automatic two bonus superpowers, and then kick ass that way. Hey, it’s how I beat most arcade games, and, at least here, it’s free. 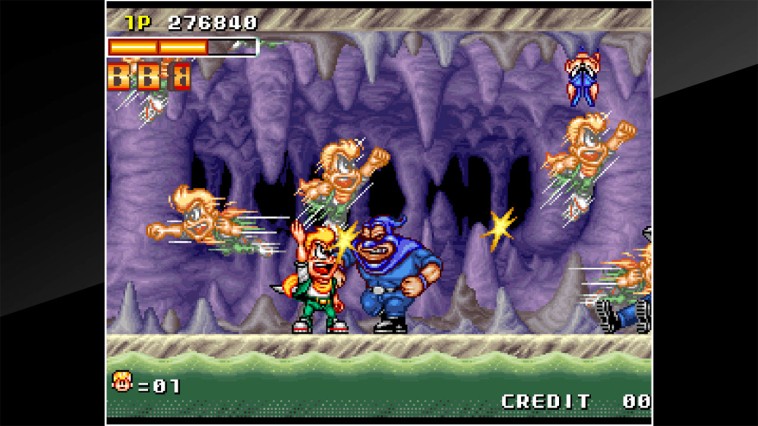 And, sadly, the game is only five stages long. I know! It’s so much fun and so colorful and cartoonish, but Spin Master can easily be knocked out in under an hour even if it’s your very first time playing. But that gives you plenty of opportunity to watch the scientist get defeated, free your girlfriend (who thanks you and Tom even if Tom isn’t on screen)…and immediately abandon her so you and your “rugged sidekick” can go discover the treasure. Together. And that’s the game. If you feel cheated, then you didn’t enjoy the actual gameplay, and that’s a shame, because holy hell is it fun.

Spin Master may not ever make it onto a Golden Disk being shot into space, but I think that it’ll do just fine here, on Earth, in the eShop vaults. Collectors of classic, weird games needs to get on this, and make sure to play it with two players. Johnny can absolutely fight to victory by himself, but he always has a better time with Tom at his side, and so will you.