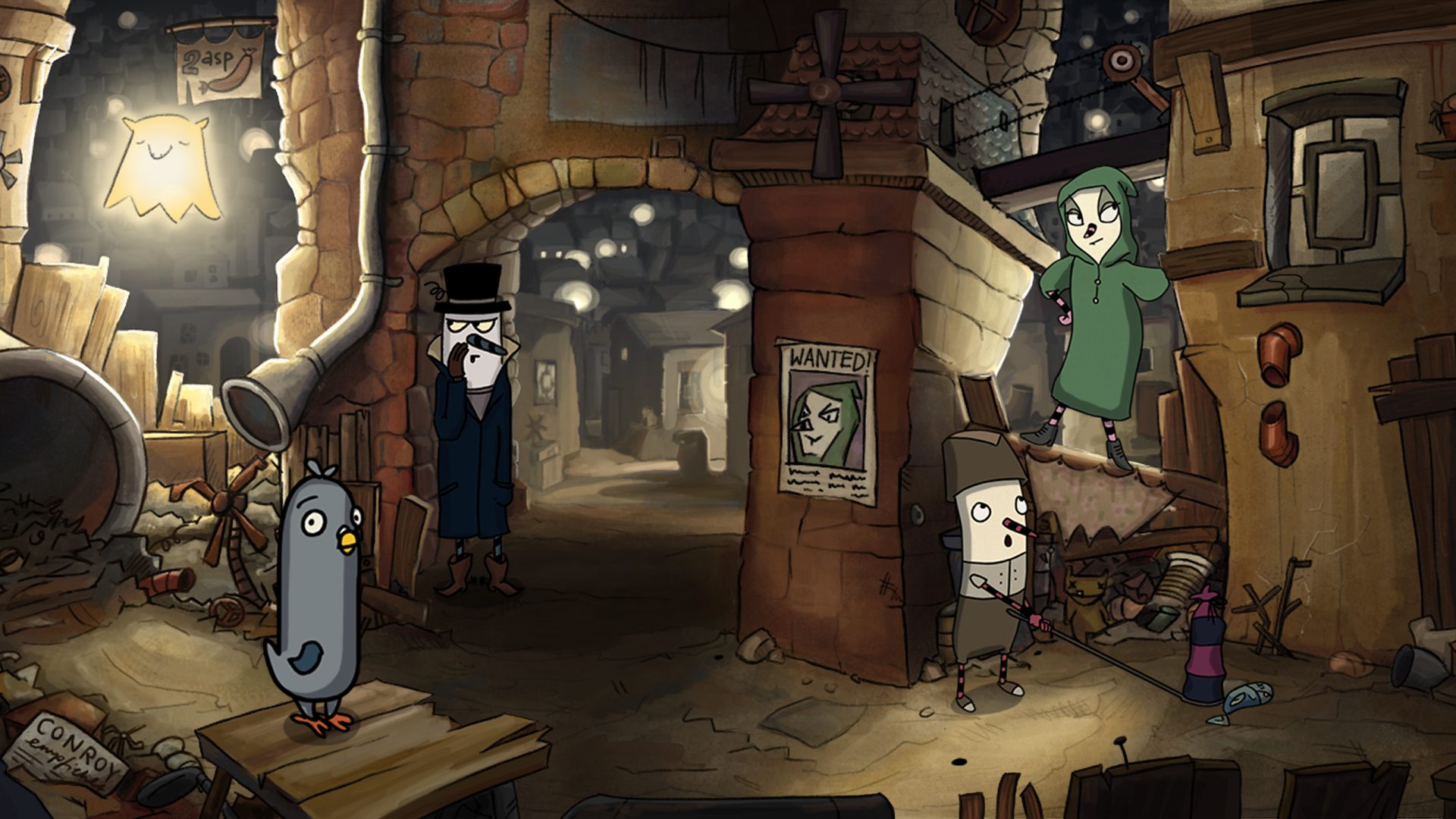 Whenever an intellectual property, of entertainment kind, receives a sequel, it is always bigger but not necessarily better. And films such as The Matrix Reloaded, and videogames such as Hotline Miami 2, have proven such to be the case, over and over again. And that’s because sequels usually follow works that are both successful and profitable, and the excess of money and expertise which is at hands of the creators usually leads to projects which are simply bloated, overly expansive, and in many cases overly ambitious – as many directors, artists, and software engineers alike want to desperately improve upon their previous works.

When sequels to successful games come to life, they’re usually directly compared to their predecessors, and most often than not, they fall short of the bar set by the work which has set the wheels in motion. And The Inner World, which is a prequel to The Inner World: The Last Wind Monk, just like the original Matrix, it is much superior to its successor, as unlike the title which came after it, it has a stable and cohesive direction, in all departments, and most importantly, it is not pretending to be something it is not. It’s just an adventure game, which is there to entertain you, and make you laugh. 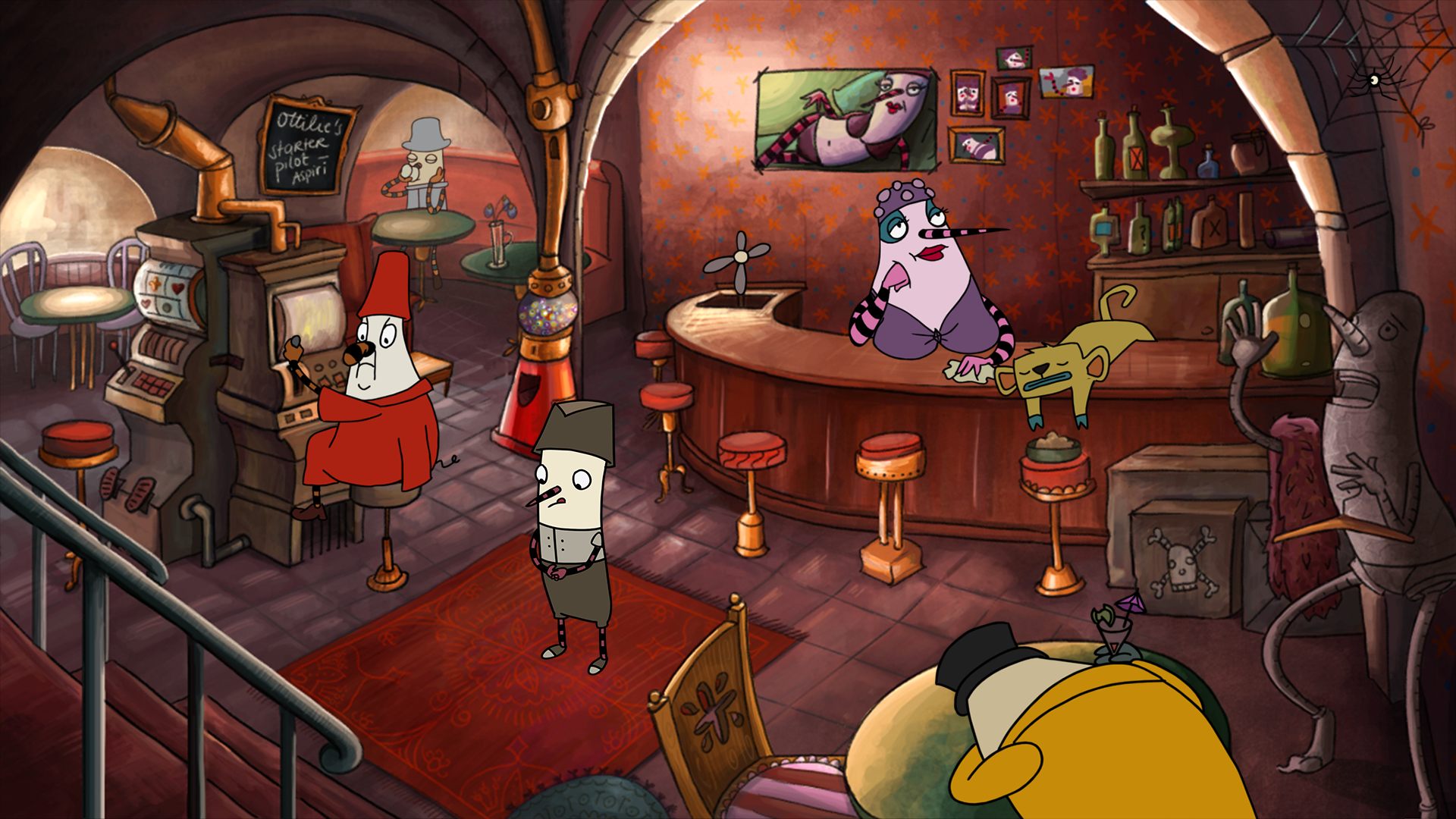 The biggest problem with The Last Wind monk – of which review you can find here – was the fact that it was really inconsistent when it came to its animations. As certain characters and objects would feature smooth, borderline flawless motion, whereas others would only have a handful of frames, and resembled things pulled straight out of stop-motion films. But fortunately, the prequel, which is simply titled The Inner World, has avoided committing the same mistakes, as instead of trying to achieve the perfect frame-per-second ratio for each of its characters, it features quirky, erratic, and in many ways charming animations which suit the title, and its tone perfectly.

The Inner World’s style of animation makes the title more appealing, as it is not just more cohesive, than the one of The Last Wind Monk, but it also creates a semblance of surreality, which in turn makes the world of The Inner World that much more believable. Whether it is a pigeon flying into a window, a drunk worm wiggling out of a hole, or a guard springing into a military’esque salute, it all seems ‘real’, within the confines of The Inner World, as it follows the core themes of the story, and the overall tongue-in-cheek, over-dramatic tone – dare I say – perfectly. And where The Last Wind Monk has failed to grab my attention at any point of my four-hour or so playthrough, then The Inner World has done so within minutes; as it has presented me with an imperfect, self-aware world, and most importantly, likable world.

Another tremendous difference between the two titles is the fact that The Inner World, is four years older than its successor, and understandably it lacks some of The Last Wind Monk’s flair and special effects. So, if you’ve played the sequel before getting started with the original, you may find the visuals to be rather lacking, as character models are missing some of the detail, and items such as the ‘organic’ street lamps, are devoid of their shine and luminescence. But if you are willing to overlook a missing detail here and there, in favour of a superior narrative experience, with the equal share of funny, and entertaining puzzles, then The Inner World is definitely a game for you. But unfortunately, it shares one major flaw with its successor, in form of its control scheme, which for many, may be a deal breaker. 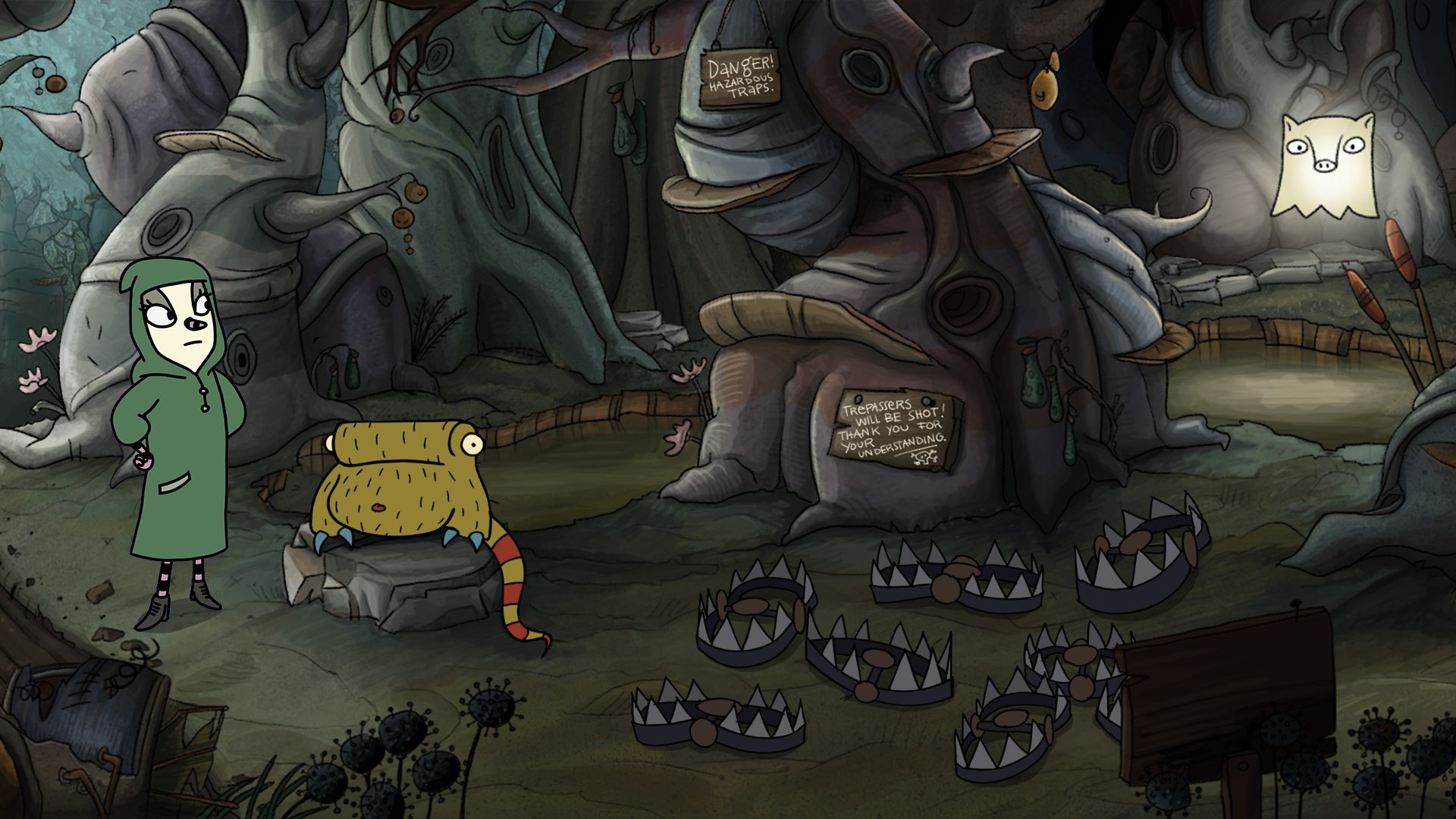 Just like The Last Wind Monk, The Inner World features the overly laborious and overly complex control scheme, which is not exactly terrible, but also not entirely suitable for the console environment. Title’s overreliance on the use of face buttons, and the left analogue stick, severely impacts the pace of the title, especially in crowed areas, where one has to be constantly clicking square in order to interact with desired item. And if one taps the said button one too many times, he/she will have to begin the cycle anew. And such state of affairs is not just infuriating, and also tiring, and subsequently may put off many from spending more than an hour or two with the title. And that’s fine, because just like its successor it doesn’t have to be completed in a single sitting, in order to be thoroughly enjoyed.

All in all, The Inner World, is vastly superior to its successor, as by self-aware of its status as a low-to-medium budget, indie game, it has manged to achieve the cohesion, and quality that The Last Wind Monk can only dream of. And while the control scheme is just as poor, and the inability to use the right analogue stick as a cursor – at least to me – is severely problematic, it doesn’t change the fact that The Inner World, is a fun, challenging, and most importantly believable adventure title. And in reality, that’s all it has to be in order to be considered a success.