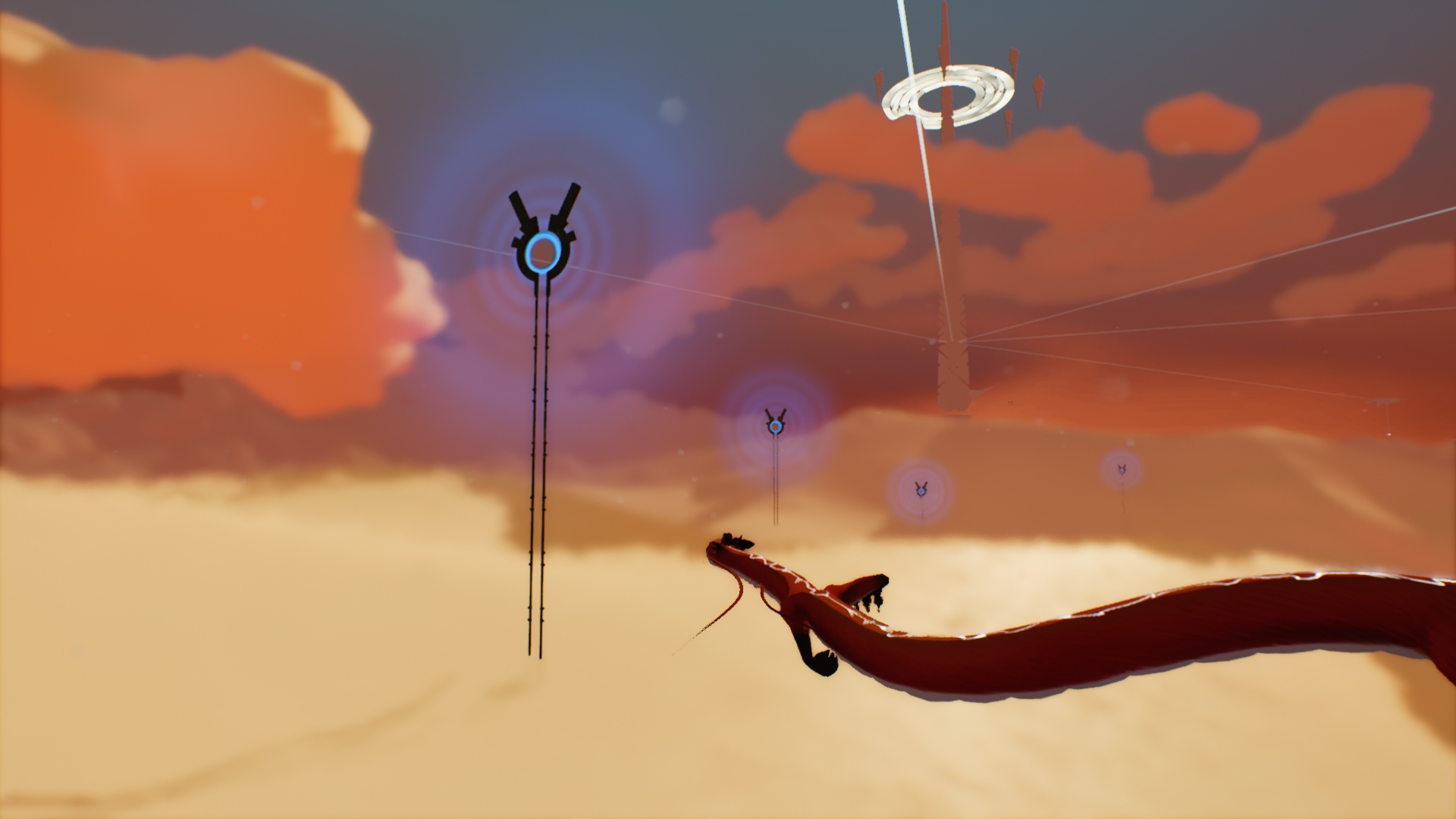 Indie games are no longer a singular entity. Back in the late 2000’s, early 2010’s all indie games were alike due to the restrictive environment within which they were crafted. However, today indie games, just like the big budget productions, can be divided into lesser and grander titles. As some indies are at times designed, written, and coded by a single person with limited abilities and budget, such as the recently released AER: Memories of Old. Whereas others, have clearly been created within a superior environment on a significantly higher budget, just like the recently released Oure. And the fact that the latter has been launched during PlayStation’s Paris Games Week conference, speaks for itself, as low tier indies such as the aforementioned AER: Memories of Old, are usually omitted from Sony’s pressers in their entirety.

Oure, is a whimsical exploration, fantasy title which places one in boots of a child, as wells as scales of a dragon – pulled straight out of Japanese folklore. And the core premise of Oure, is very similar to the title which has already been mentioned numerous times within this review – AER: Memories of Old. And that’s because both these titles revolve around an alike premise. However, Oure, is a league above AER: Memories of Old, in each and every way possible. And Oure’s superiority doesn’t only stem from its quality of execution, but also from its design which is second to none, within the sphere of the indies.

In short, Oure is a highly polished, well written version of AER: Memories of Old. The flying mechanic is simply sublime, and it is both fun as well as satisfying, as it requires advanced user agency, and input. As in game, flight is not infinite and has to be managed thorough adequate use of the stamina bar, which itself can be accomplished through frugal use of the R2 bound ascension and boost, which itself is bound to the X face button. However, while stamina can be depleted within mere seconds, it can also be refilled just as quickly, as player can reinvigorate his/her in-game avatar by travelling on the surface of the clouds, of which in-game there’s a plenty – as Oure’s world is made out of clouds in its majority. 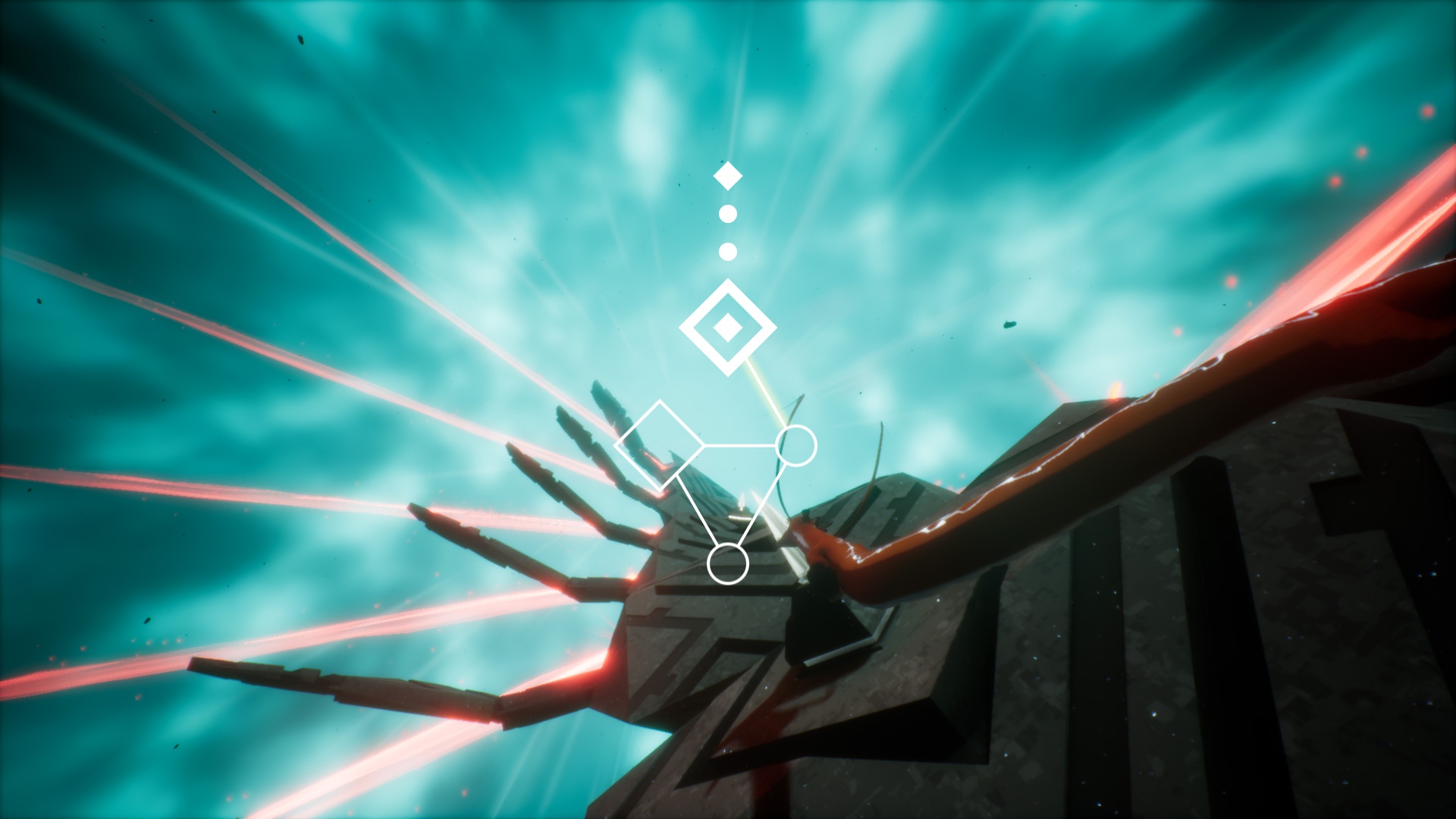 Gameplay wise, Oure is simply superb. But its excellence doesn’t stop there, as the proverbial meat of this particular title lies within its design, rather than its controls. And this is mostly because Oure’s core gameplay shares a lot of features with the highly acclaimed Shadow of The Colossus, as in order to complete the title one has to challenge, numerous magnificent, mystical beasts, which just like the Colossi, are a sight to behold, and a challenge to overcome. However, where one had to murder all the colossi of The Shadow of The Colossus, he/she has to do the exact opposite within Oure, as this particular title is all about helping the colossi restore their former glory, in order to save the world below the clouds, which is in peril.

Another tremendous difference between Oure and Shadow of the Colossus, is the fact that Oure features no direct combat. As all in-game colossi present one with elaborate puzzles, rather than combat encounters. And this is where the true beauty of Oure is really stored, as the challenge which comes from saving the colossi, through exhilarating, and exciting, in-real time puzzles, conveys the struggle through which the said beasts are going through. And exceptional use of colour, and animation only further emphasises the importance of each and every beast to the world of Oure. And once one finally unchains the beast, he/she is filled with a sense of elation, as he/she witnesses the colossi come to its sense, and restore the peace to the world.

In-game colossi steal the show, each and every time they appear on the screen. However, the beauty and elegance of the magnificent beasts is ultimately hindered by the title’s mechanical shortcomings. As ultimately,title’s erratic, and inadequate camera can spoil even the most cinematic experience which Oure has on offer. And what makes it even worse, is the fact that certain colossi, are not just a challenge of mind and wit, but also patience. But once one gets flung off of the colossi’s back one too many times – due to camera’s erratic movement – the initial sense of awe turns into anger, which subsequently transforms into fury and salvo of swearing, and senseless insults. 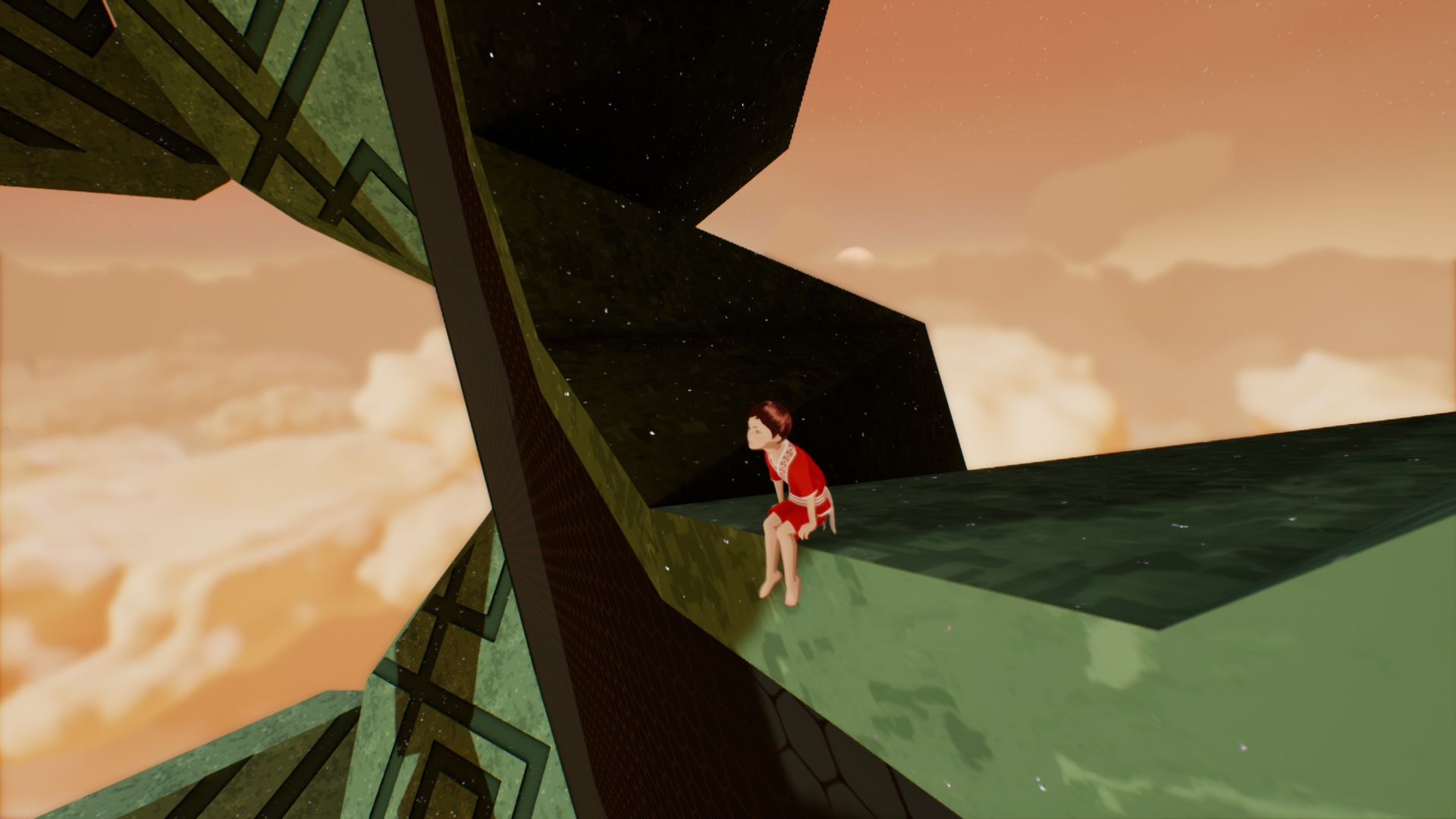 It has to be underlined that for the most part, Oure’s camera works reasonably well, when outside of the colossi encounters. However, it always falls apart during the most important sections of the game, and this is why it is such a nuisance, and an anchor to the otherwise incredible title. And if it was possible to play Oure in first person, or with the camera locked just behind the dragon’s head, then Oure would be a much better experience overall, as the vast majority of its downsides would disappear in an instant. However, locking the camera, would certainly not eliminate the needles grind which features within the title.

In order to challenge each and every colossi or access any of the side-objectives, one has to spend a certain number of orbs, which can be collected throughout the world. And while it is not required of the player to collect all 750 orbs, they are all ultimately needed to achieve 100% completion, and to unlock all additional abilities, and boosts. And if the said orbs were nothing more than senseless collectibles required for a handful of trophies, then they’d certainly not be a problem. But having to get off of the main path in order to scour the sky for 10, 15, 20, or even 50 blue orbs, can ultimately hinder the overall experience of the title. As it takes one attention from the main objective, and forces him/her to focus on a senseless, and ultimately needles chore.

Ultimately, Oure is a solid title, with a lot to offer. And despite of its shortcoming, and grind-centric nature, it is still an impressive feat in video-game design. As it has managed to capture the essence of The Shadow of the Colossus, within a much smaller, yet more appealing package, which will without a doubt satisfy many. Its fairy tale like aesthetic, in conjunction with a reasonably challenging yet satisfying mechanics, is ultimately an award-winning mix which many titles, even the AAA ones, often miss. And for that reason alone, Oure is worth picking up, even today.