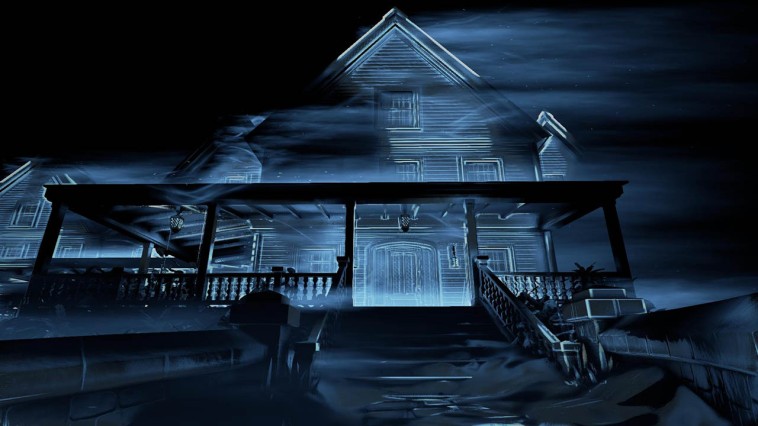 I remember Perception being on Kickstarter. I remember reading the synopsis and seeing the names attached, and, for a moment, I almost backed it. But then I hesitated. After all, horror games aren’t really my main dish, and I’d already been burned a couple of times by crowdfunding a game. After all, if a game is truly meant to be, it would come into acclaim and I’d buy it eventually, right? So I passed, and time passed, and now, as fate would have it, I’ve received Perception on my favorite console to date, my Nintendo Switch. Deep End Games, I’m truly sorry I didn’t back this game.

Perception is the tale of Cassandra, a blind woman who’s spent the last few months of her life suffering nightmares about a mansion somewhere out in Boston. Determined to put things to rest and to prove there’s nothing to fear, she journeys, alone, to a place she’s never been, but somehow is connected to. The mansion, as it turns out, is very full of something, and it’s not fun, and Cassandra quickly is dragging by the undertow of a dark, tragic and potentially sinister past.

A good scary story is hard to come by nowadays. Even in the most AAA of creations, the reliance on jump scares has really driven what makes something “scary.” Not only is it cheap and easy to do, but it generally gets the best reaction from fans who watch through livestreamed gaming (looking at you, Twitch horror enthusiasts). Scary isn’t always tied to feelings of dread, not in the way that it’s meant to be. But Perception does an amazing job of building atmosphere and moments where you get struck by the thrill of fear, not the simple stab of endorphins because something that wasn’t supposed to move did. I don’t want to get too far into it, because I don’t want to spoil the story, but Cassandra’s journey through the house is one that never loses the central idea of “suspense,” yet you can have moments of ease and less tension, which helps punctuate the moments where you truly lose yourself.

Being blind, Cassandra relies on a sort of echolocation that she activates with the help of her walking cane. The result is a world that’s entirely in outlines and ideas, not necessarily in design and reality, so it adds a bit of intrigue as to if things are as they seem, or merely how Cassandra is able to perceive them. I’ve seen this kind of mechanic done before (most notably in the mobile darling Dark Echoes), and I applaud Deep End for creating a sort of unique take on the whole thing with the inclusion of energy colors. The wispy blue design that permeates throughout is in good contrast to the glowing green energy that surrounds items that have ghostly connections, and none of it felt like I was suddenly losing focus or the development team took the easy way out. It’s easy to imagine that, when your world is darkness, you begin to “see” certain key things (such as doorways) differently, since they mean a totally different environment is about to unfold.

Now, no horror game would be complete without the possibility of death lurking around every corner, and Perception does a fair share of menace and threats…when you want them. There are three modes to choose from, and the very first mode removes the possibility of being murdered so that you can drink in the story without needing to worry about danger. I don’t recommend this unless you are truly bad at dealing with incoming death, because Perception is pretty fair in the normal mode to give a bit of warning before the Reaper is bearing down upon you. Once it happens, the game turns into a Clock Tower situation: you have no weapons, you can only run, and sometimes you simply have put yourself in a bad situation. The difficult mode makes the threats more sensitive and it seemed they were faster, so people who love to get killed will enjoy it. 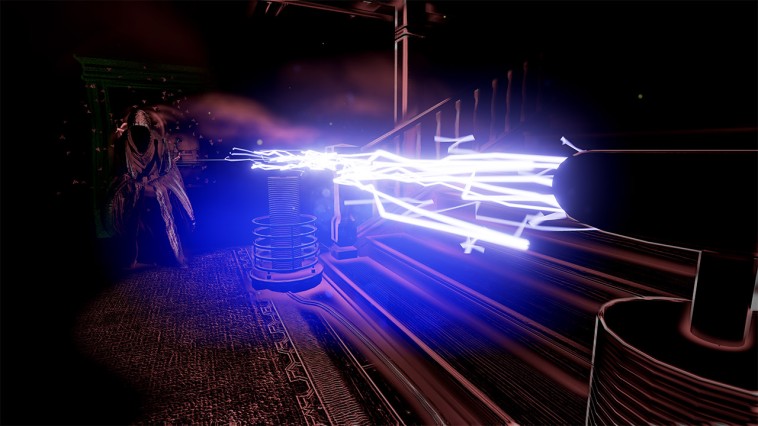 Lastly, the sound of Perception is, as you might imagine, an amazing tapestry. Besides the normal creaks and groans of an old house, the voicework is top notch. Cassandra spends a ton of time inside her own head, which comes with being both blind and an orphan, and her wondering aloud and trail of past thoughts is engaging without being too verbose. I often get worried when I see that a protagonist spends so much time talking, because it can become grating and, honestly, makes the protagonist seem like a bit of a twit. This wasn’t the case: Cassandra’s own words are well balanced by the invasive voices of the dead, as well as the warning, exceptionally creepy voice of The Presence. There is the choice to play the game without any speaking, and I am trying to imagine the game without having Cassandra throw in her own two cents. It works well enough, but, once you play through once, you’ll be hard pressed to try and make the story work without Cassandra’s own input. Still, being a game that removes your voice and just lets the player interpret things as they happen is pretty damn interesting, if not my favorite.

I was afraid to play this game because I believed it would either be too scary or just a disappointment, and I’m beyond relieved that neither is the case for Perception. This feels like a suspense movie that will blow away players their first time through, and will build a base of fans who play it regularly on Halloween or something there akinto. It’s short enough that the tension doesn’t become too played out, and the diversity through the chapters of the game give it meat and meaning. My only gripe is the first time through you may easily get turned around, leading to some truly annoying moments of backtracking, but, despite being blind, Cassandra does a good job of leading the player in the right direction. Gamer or otherwise, if you’re interested in a tale that desperately drags you towards the truth, then I highly recommend setting your sights on Perception.