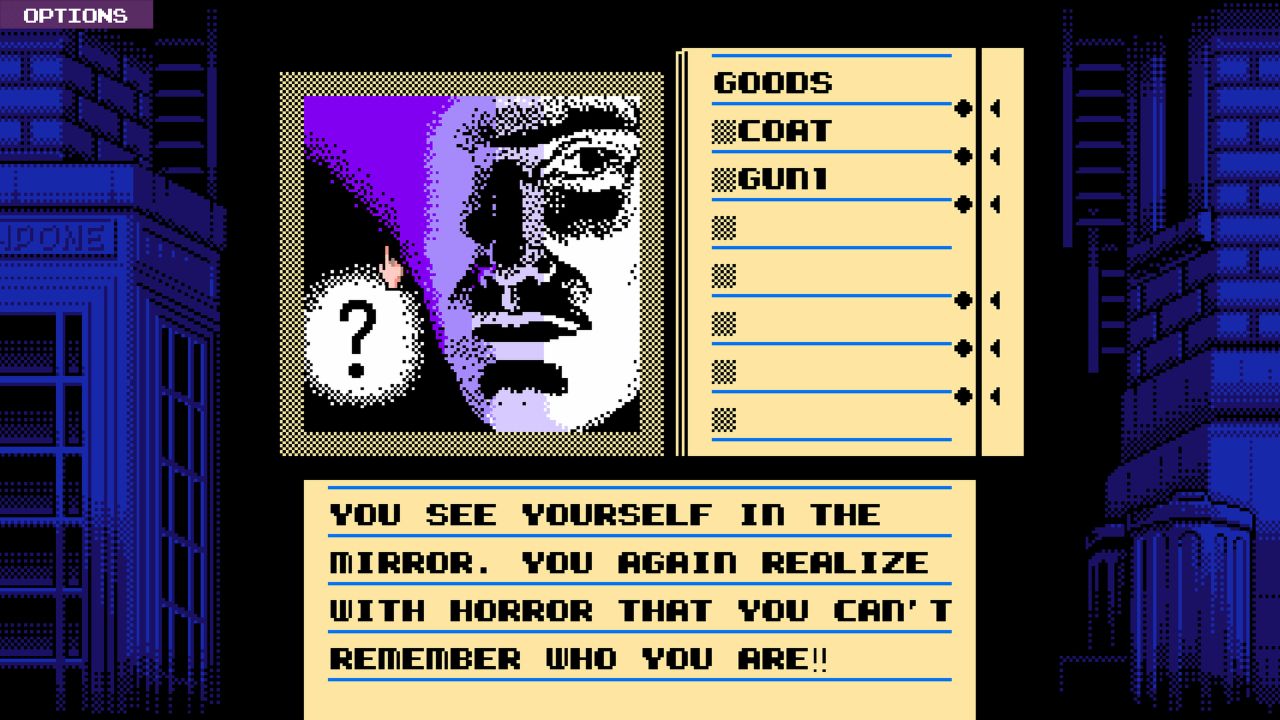 The 8-bit Adventure Anthology is a collection of three Retro titles from the Nintendo Entertainment System (NES) era that includes The Uninvited, Déjà Vu, and Shadowgate as separate titles within the game itself. As a longtime lover of Déjà Vu and other “vintage” Point-&-Click titles, I was excited to jump back into these older games from the convenient, modern location of my nearby PS4. Released on October 31st, 2017, from Abastraction Games B.V., this collection tries to recapture the magic of bygone Pixel eras by blending arguably three of the most memorable games from that period in the genre into a One Stop Shop of 8-bit glory.

8-bit Adventure Anthology is simplistic in its mechanics. It loads up without much fanfare, and players can cycle through to select the title that they want to play. The backgrounds and the splash art are pixelated fare at its best, and the mellow tunes are perfect for capturing that Retro feel. Once you select a title you’ll load into the game, recaptured in all of its ‘80s or ‘90s glory. The graphics are remastered to fit on the modern screen, and it does a good job of looking crisp and clean on the PS4. The interface and menu feel period appropriate as well, and that little attention to detail additions really tie the game together well. Players can even choose to adjust their graphics settings to have an “old TV” feel, making these titles come alive in a way closer to how they were originally experienced almost two decades ago. 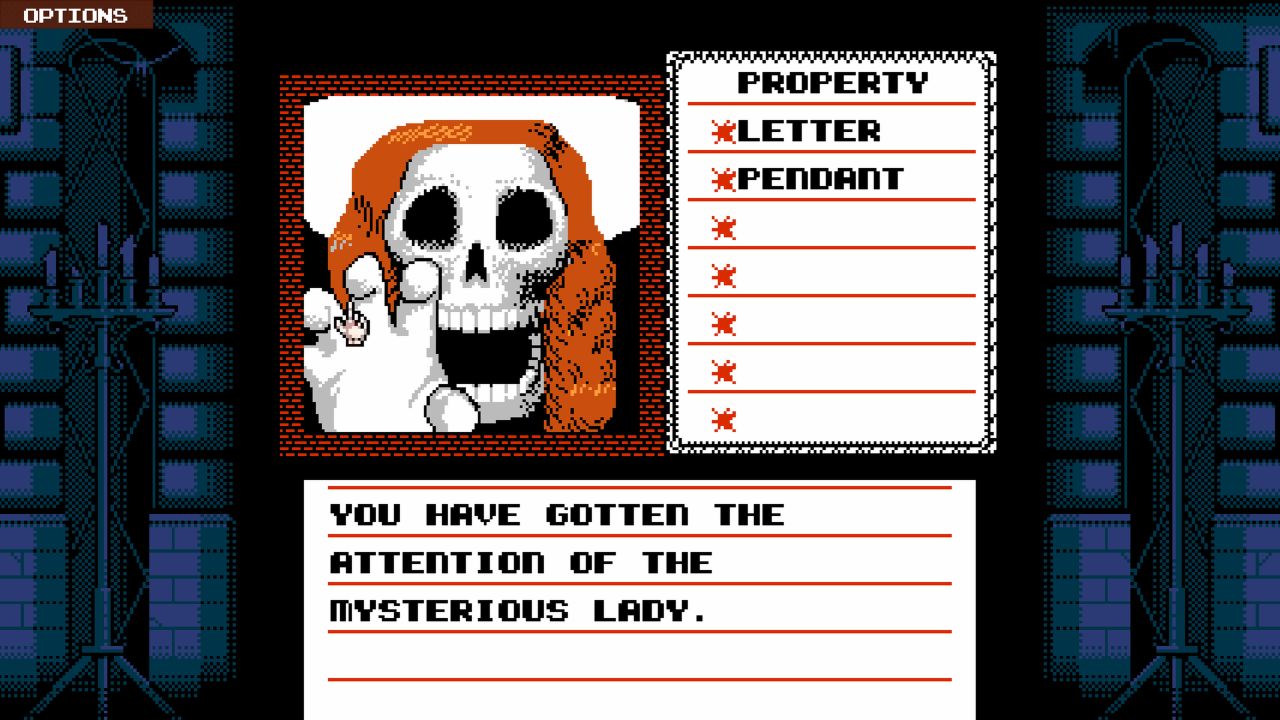 The addition of the touchpad as a cursor alternative is a nice touch, though you can also use the joysticks or the directional pad to navigate around. I did miss the “quick select” feature that at least Déjà Vu had back in the day, where you could cycle through the most common words like Use and Open. But other than clunky, slower navigation simply due to the dated style, these 8-Bit titles retain a lot of their original appealing terms of puzzles and slow-paced adventure. With a blend of Fantasy, Horror, and even Film Noir, 8-bit Adventure Anthology has something for everyone when it comes to theme, even if each of the three titles is very similar in terms of game engine, format, and graphics.

The trouble with 8-bit is that it relies very heavily on nostalgia; modern gamers new to these roots of the Point-&-Click genre might not be impressed enough by admittedly dated graphics and styles enough to give it an honest go. The genre has become so popular over the years that many franchises offer extremely well-done alternatives to these original video games. Although Déjà Vu is a personal favorite of mine, and the one among the three I’d be most likely to suggest to a new player, even I quickly got frustrated with the older style controls and repetitive interaction. 8-bit isn’t likely to sway any newcomers over to the charm of Retro, pixelated adventure titles, but it definitely holds appeal for those of us who cut our teeth during that long-ago gaming time dominated by the NES. 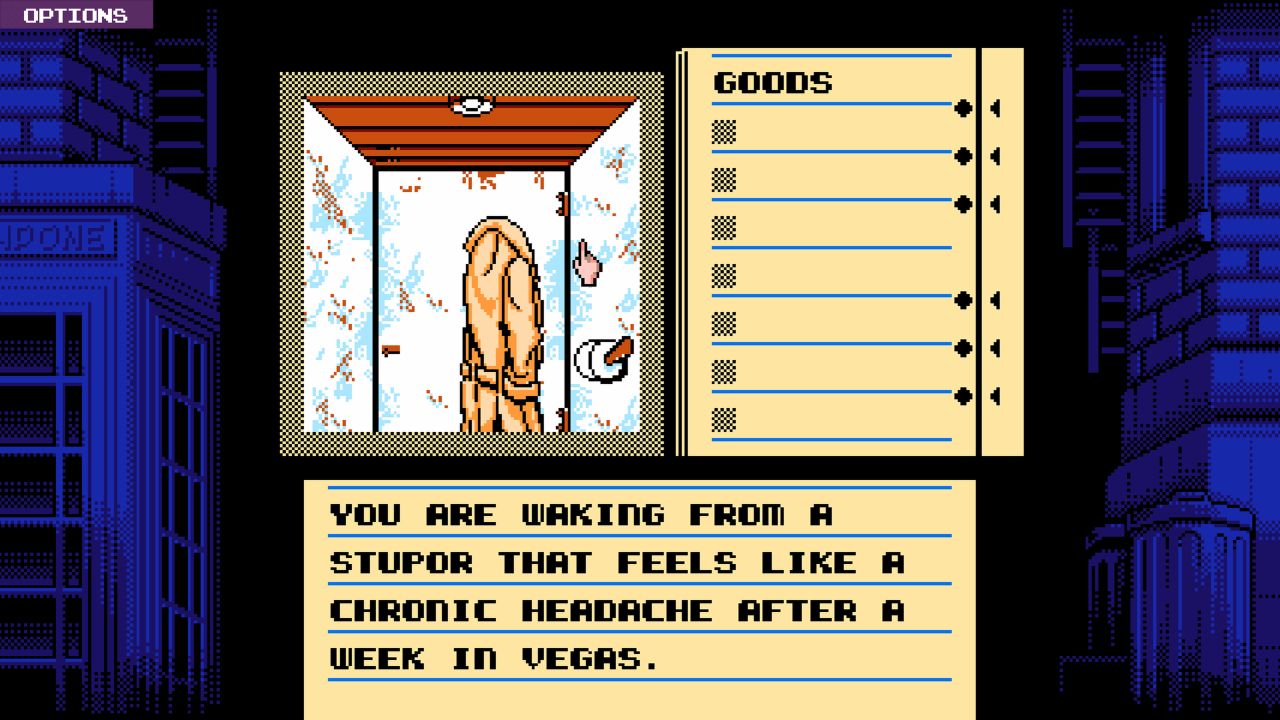 8-bit Adventure Anthology is the perfect way to revisit this trio of classic titles. Déjà Vu was a refreshing dive back into my childhood, and both The Uninvited and Shadowgate are truly challenging, puzzle-laden adventures worthy of any Adventure genre fan. The music is rich and beautiful, and exactly what you’d expect out of this sort of Retro anthology; I was pleased to see that the titles looked so nice on my modern console compared to previous Retro revisions on other systems. Considering that most of us don’t have a working NES hanging around, new releases such as 8-bit are arguably our only real chance to revisit these video games or offer them to other players as a new experience.

Players that don’t have a soft spot for these vintage titles might want to look elsewhere, since the dated controls, older graphics, and a rather brutal dynamic of this trio of games are easier appreciated by connoisseurs of the Point-&-Click genre. But fans of Adventure games that haven’t had an opportunity to play these classic, timeless titles should consider 8-bit Adventure Anthology a fantastic chance to do so, right in the comfort of their PS4. I’d love to see other older games re-released in this manner, and the lower price point makes 8-bit an easy addition to most Point-&-Click libraries.