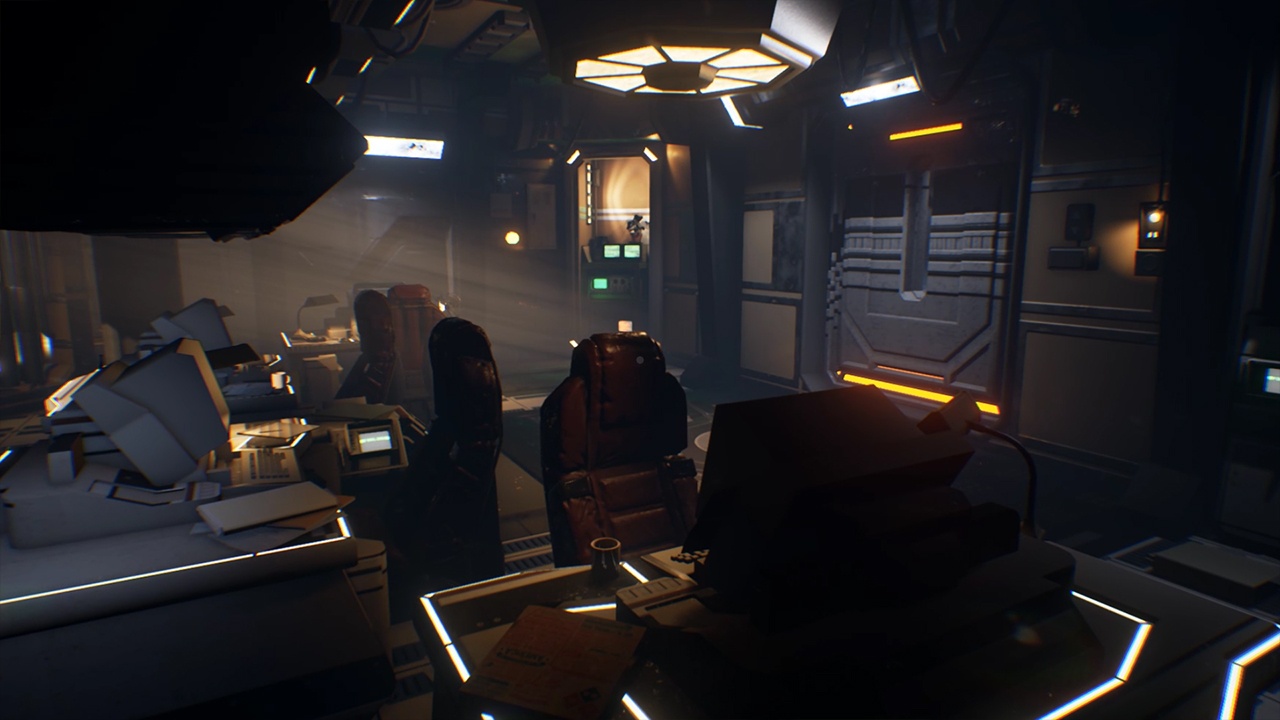 At first glance TARTARUS looks like a pretty interesting title, with the central plot revolving around the player, a cook and miner aboard a stranded spaceship, trying to figure out what’s wrong and why the ship has gone into lockdown but, the more you play it, the more you realize that this game misses many marks.

As a game, it’s hard to classify TARTARUS as belonging to a specific genre, but, what can be said without a doubt, is that it is an adventure game with puzzle solving. Right on, this brings up the major flaw with the game, and that is the fact that, as an adventure game it fails to deliver. From mediocre voice acting, to a plot that quickly loses all its mystery and becomes a slog to endure, the only thing allowed me to have some moments of enjoyment with the game were the puzzles.

Having completed the game, I can say that you can easily beat it in less than 3 hours, but that will depend on how good you are at solving each of the puzzles, which there are only 5. However, I must admit that the puzzles are really well made, and they managed to grab my attention and keep me engaged in the task at hand. They’re not the typical puzzles that you can find in various games, but instead, they fit into the game’s theme, and besides the fact that you complete them by using a computer terminal (which seems to run DOS), they’re pretty unique and different from each other. 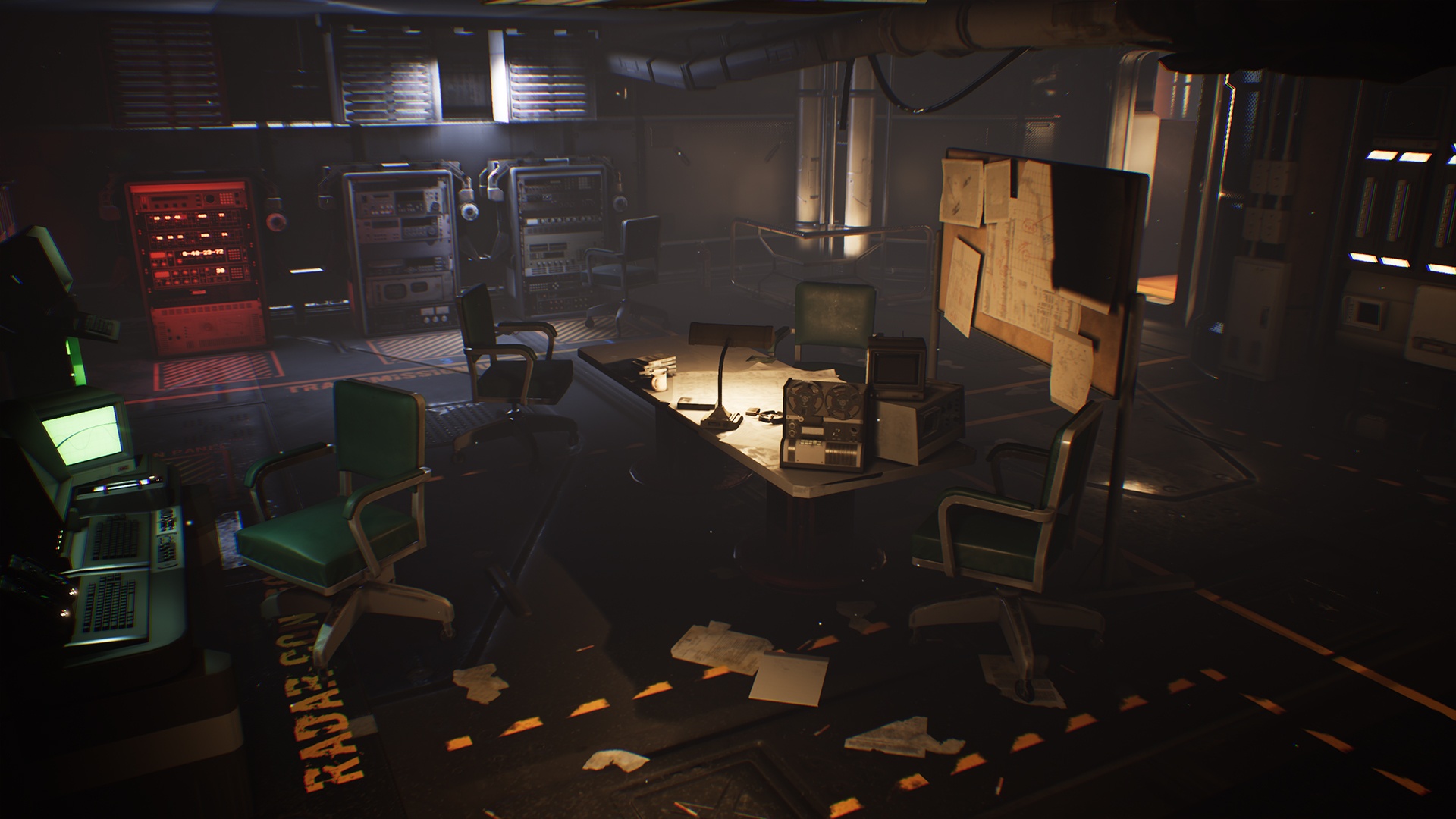 Even though I did enjoy the puzzles quite a lot, there is something that I feel that needs to be addressed, and I’d say that it can be found throughout the entire game, and that’s the fact that the game seems to make everything so deliberately slow in order to lengthen the amount of time it takes to complete the game. For instance, on the first two puzzles (if my memory serves me well), you need to input some information into the terminal which is found on two identity cards, but if you don’t memorize what you need or write it down on a piece of paper, you’ll have to first exit the terminal, then open your inventory, and then initialize the terminal again and go back to where you were, where you needed to insert the info that was on the card. The fact that you have to exit each terminal (which is done very slowly) in order to open your inventory and inspect items seems like it has no logical reasoning behind, it’s just a waste of time, why can’t you just access your inventory while you’re in the terminals?

With that said, when you’re not solving puzzles you’re wandering around the ship, and this is where the game really became a chore to play for me. While your character has the ability to sprint, you can barely run before you run out of stamina, but, on the other hand, you seem to be able to jump from relatively high places and not even complain, which I found to be quite surprising. Given the inexplicably long empty corridors, with nothing striking or engaging to keep you grabbed into the game as an experience, going from one place to another really feels like it takes forever. That, combined with the few occasions where you need to crawl through a vent shaft, and the fact that there is no indicator as to where your objective is, besides once or twice, it really feels like the game is purposely trying to extend your playtime. 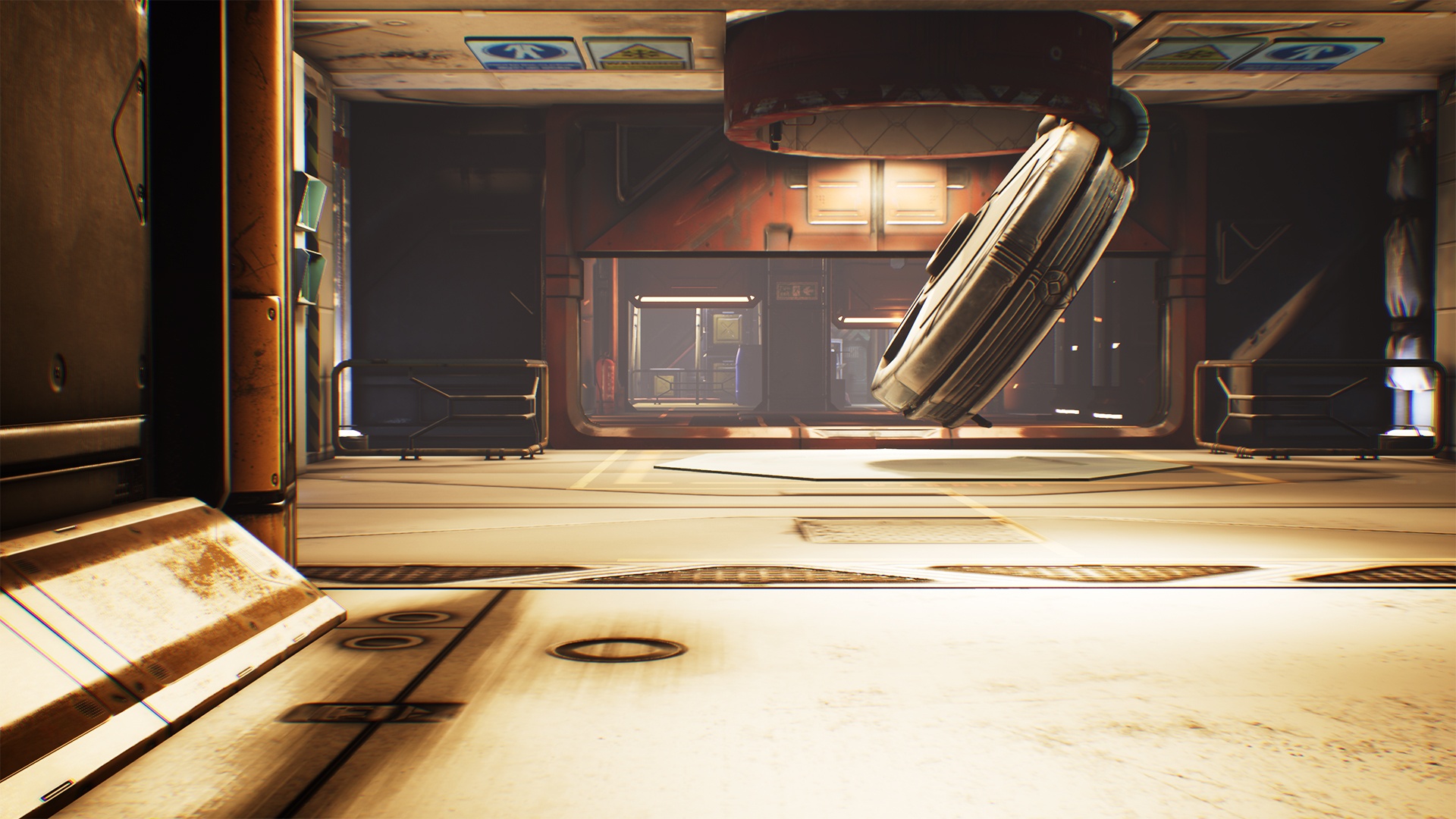 There are a couple of other things in the game that bother me, such as the feeling that the game seems to have some sort mouse smoothing turned on by default, which, if you’re like me, makes moving the camera around somewhat of a nuisance and also gives you some slight motion sickness. Besides that, while the game certainly looks reasonably good when cranked up to maximum details, for some reason a lot of the textures have barely any detail and look lifeless when you’re close to them. The game is also locked at 62 frames per second, and I have no idea why, as it seems to never drop below that, and I’m sure that it could sustain a higher frame rate.

While in theory, the concept of the game is cool, in practice, the gameplay elements are not that cohesive, and I had to force myself through most of the game. Some people might find enjoyment here, but, if I had to guess, I’d say that the majority wouldn’t. The puzzles represent the game’s brightest moments, and the retro-futuristic aesthetic is certainly a plus, but the plot, the characters, the uninspired ending, the lifeless world, and all the slow walking around definitely represent its downfall. Even if you’re interested in the puzzles, at the current price, it is not worth purchasing TARTARUS.