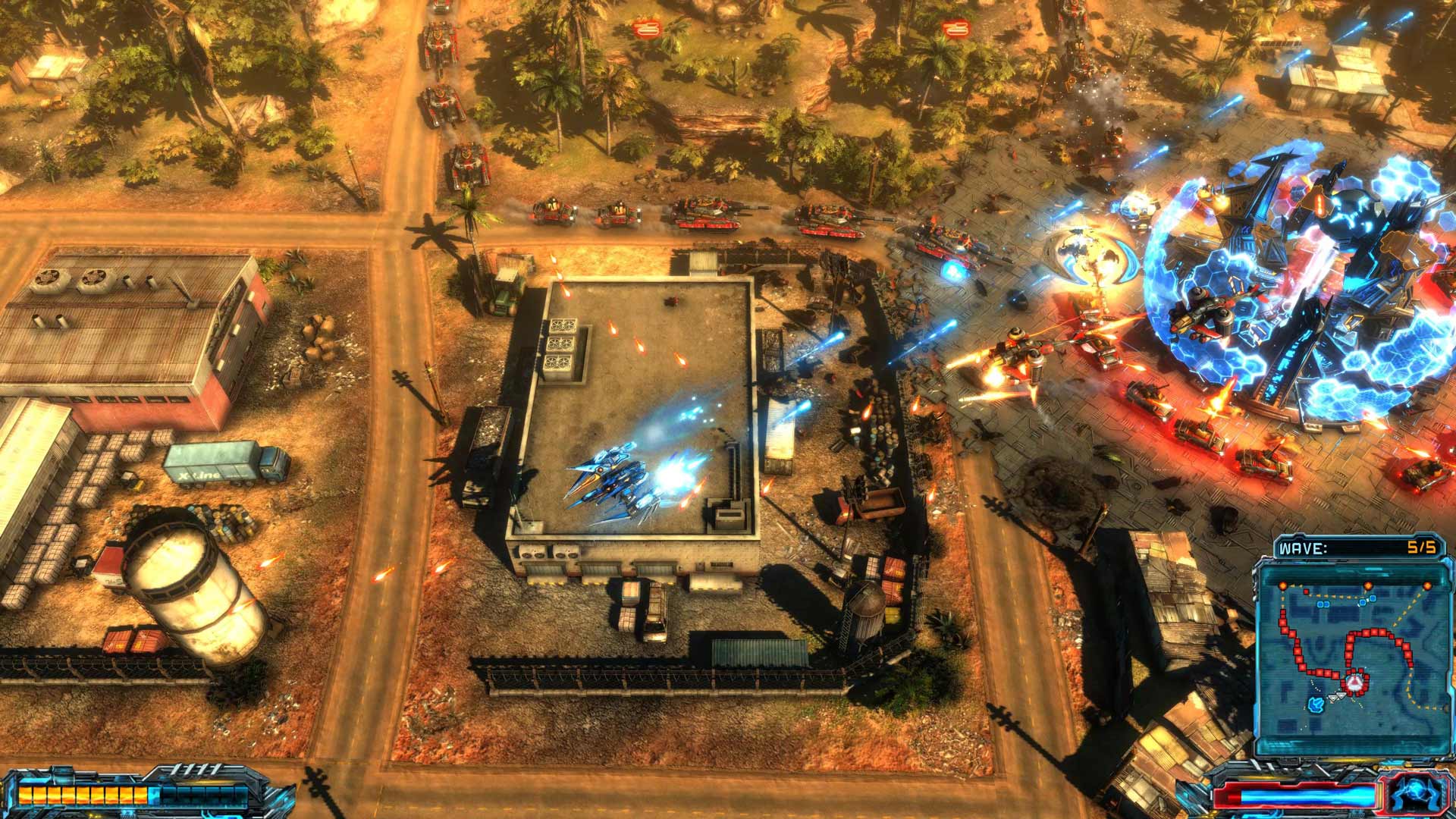 It’s almost unheard of for a good game to enter the market place without being preceded by days – sometimes months – of fanfare, media speculation and publisher hyperbole. That’s the way the game’s played. That’s what we’ve come to expect.  Luckily no one told EXOR Studios. Instead the Poland-based developer of Zombie Driver fame have done something that’s generally considered unheard of in the gaming world. They’ve poured all of their money into developing a great game and spent just what they had to on marketing. And guess what? It worked.

Like many of you reading this review,  I knew practically nothing about X-Morph: Defense until quite recently.  To be honest, when the game came up for review, I took one look at the title, shrugged my shoulders and muttered ‘meeah.’ But, and to his credit, the editor sold me on the idea and I, quite reluctantly, agreed to take a look.  C’mon, I mean the name, X-Morph what? How good can anything be that’s called X-Morph?

Well, I’ve got to say that I’ve got to take another mouthful of humble pie because X-Morph: Defense has to be one of the best games I’ve played this year. There. I’ve said it. The name’s pretty bland but the game shines like a bright star in a dark constellation of formulaic, generalised also-rans. 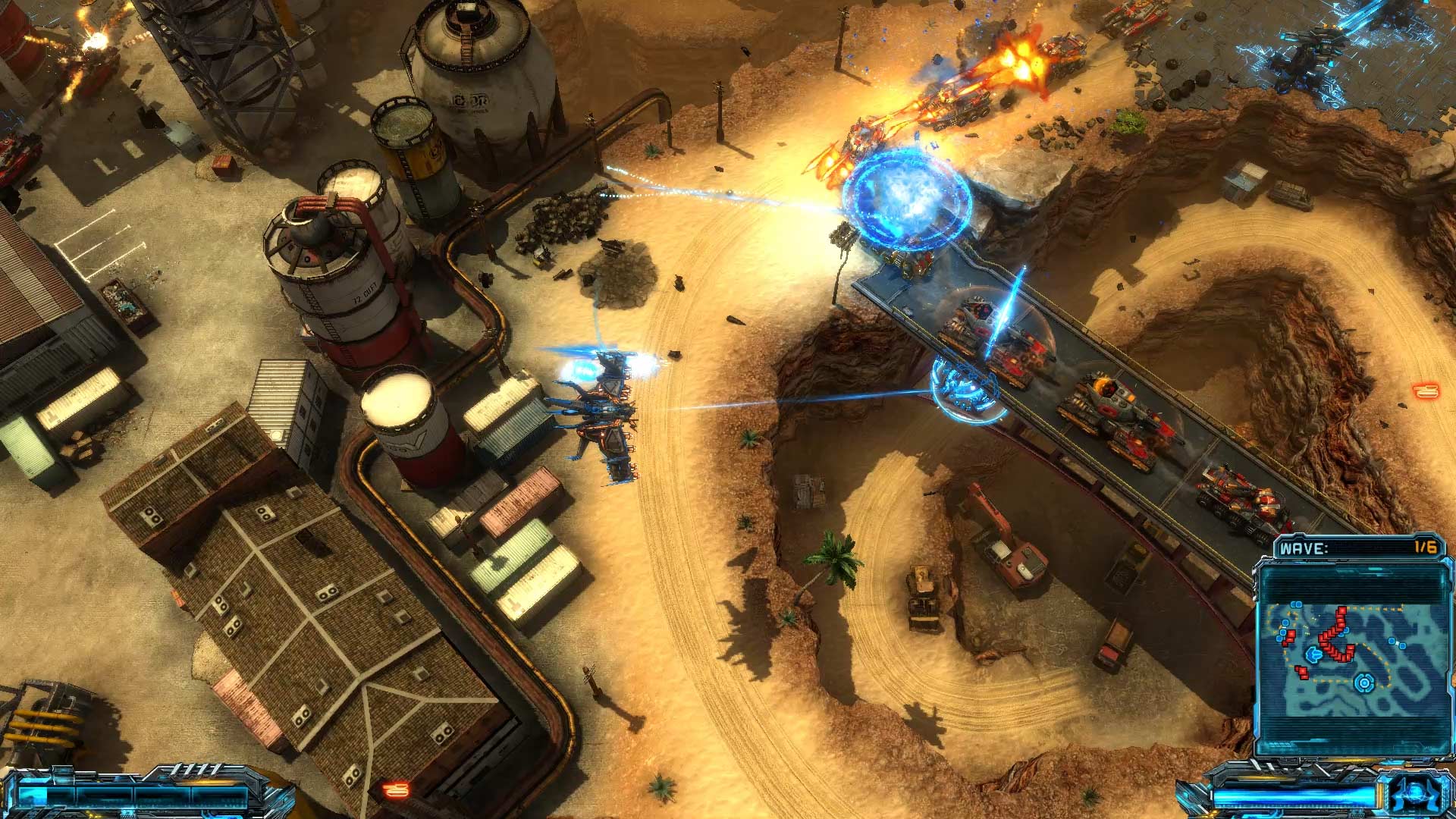 Borrowing heavily on the tried and tested tower defense module, X-Morph: Defense does a few unexpected things that really help this game stand out from the crowd.  The most obvious difference that you can probably see from the screenshots is that this isn’t just a tower defense game. Rather EXOR Studios have effortlessly combined tower defense principles with the much loved top town twin stick shooter to create something truly unique and pretty dammed addictive.

Here’s the skinny: rather than cast you in the role of being Earth’s last defense,  you get to play the invading aliens intent on doing away with Mankind.  Once you arrive on Earth,  you build a series of processing plants that, together,  create your base.  As in most tower defense games, you can build various weapons and barriers to direct your enemies path. But rather than sit passively watching the results of your planning unfold, you get to control a powerful ship that can engage the enemy as backup to your guns. Excellent.

EXOR Studios have also taken the unusual step of allowing you to change your guns functions and location at whim without any financial penalty. A move that ensures that you’re never tied down by lack of resources – rather, if you fail a level,  its due to your lack of resourcefulness. 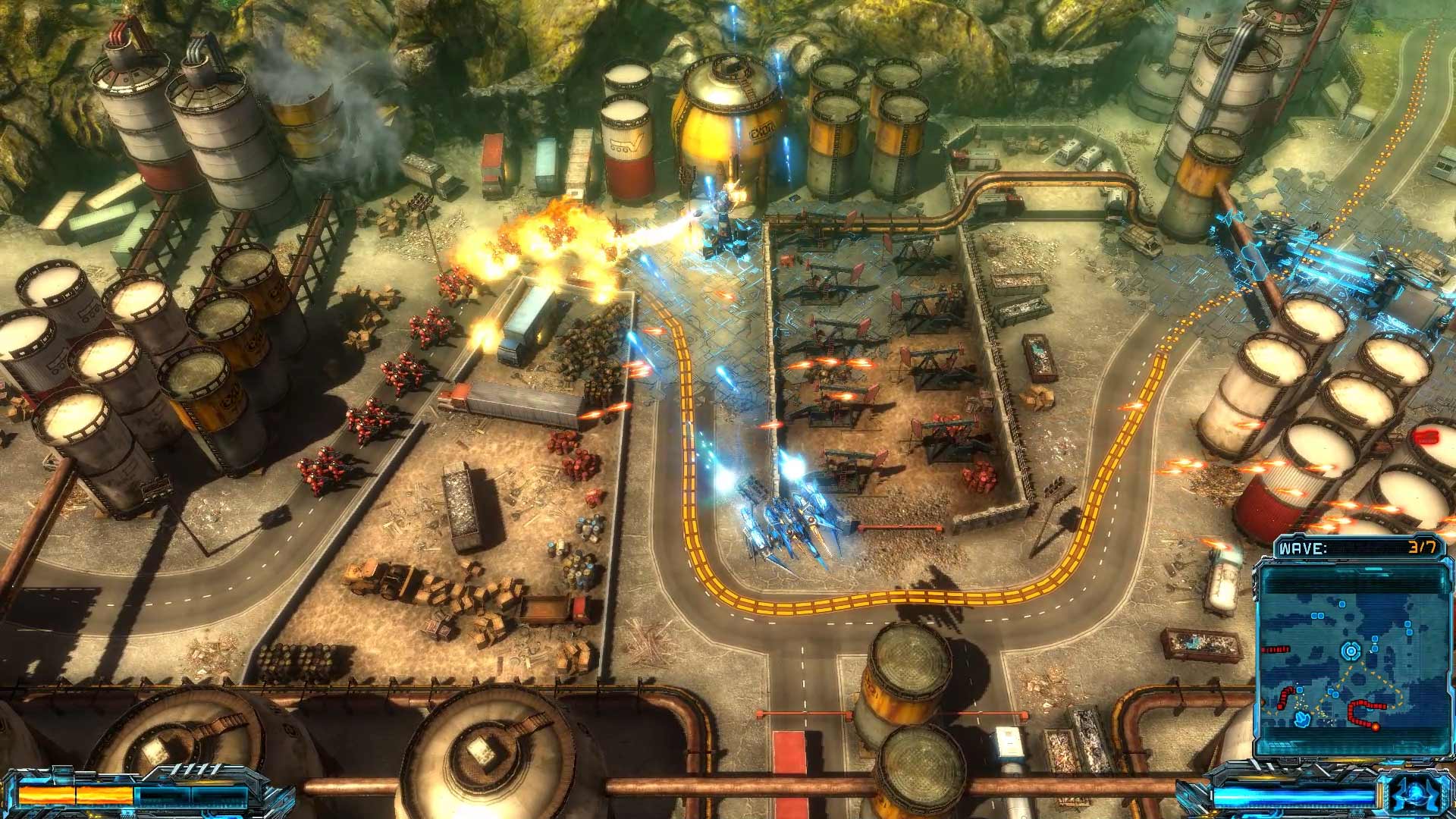 X-Morph: Defense also boasts a near perfect balance between quite moments when you’re able to plan your strategy, lay down your towers and the frantic, jaw clenching moments of battle when you’re controlling your ship, repairing guns and replacing weapons. And after so many waves you get the boss battles when you’re taking on a reinforced, born again hard adversary that will have you muttering curses under your breath.  Honestly, after one particularly challenging level I found myself mopping my brow and gasping for air. Why? Because I’d forgotten to breath. It’s no exaggeration to say that X-Morph: Defense has what is probably the best blend of action and planning that we’ve experienced in a very long time.

Graphically X-Morph: Defense is a joy to behold. Every inch of the screen oozes incredibly detailed visuals and lovingly crafted character models that we’ve come to associate with triple A titles.

The in-game audio also lends itself well to what looks likely to become a cult sci-fi hit. The sweeping orchestral music is highly reminiscent of a grand sci fi epic, while your human adversaries are voiced to near perfection.  The game is replete with the deafening sound of explosions,  the scream of rockets piercing the air and the voices of men dying as you repel wave after wave of human cannon fodder.

We’ve got to take our hats off to EXOR Studios for what is probably 2018’s first (and biggest) surprise hit. X-Morph: Defense is a game that sets new bench marks that other tower defense games will be judged by.  Go buy.