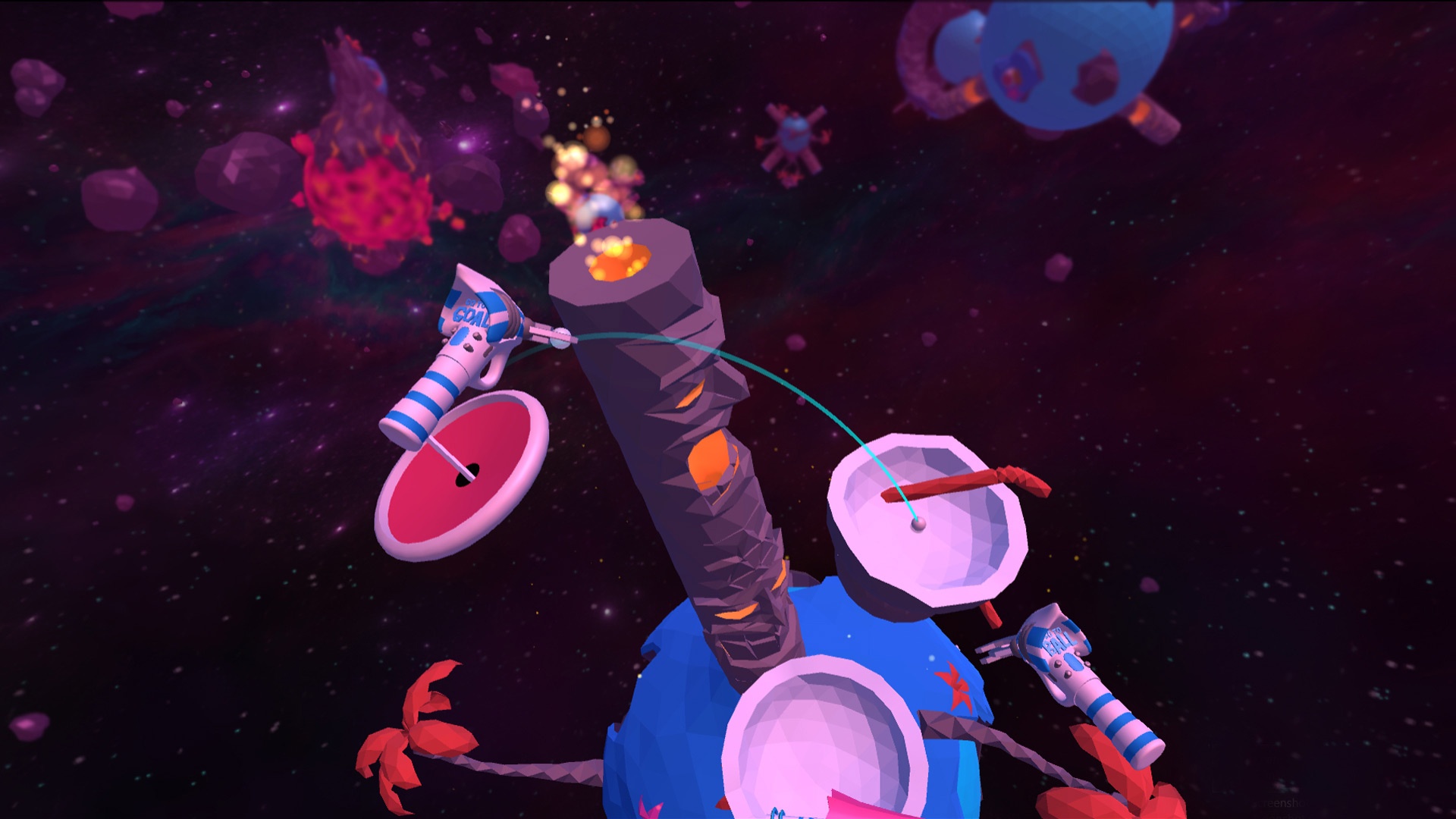 Moonshot Galaxy is a virtual reality golf game with a twist. The usual fairway and green of golf has been replaced with Space, a variety of planets, stars and meteors making up the many different courses available.

As with a normal game of golf the aim is to get your ball into the hole in as few shots as possible. The tricky part is lining up your shots with the varying strengths of gravity from the various planets around you. You use two motion controllers to aim your shots, using one controller to grab the ball and the other to select the power of the shot by rotating the course. It’s not the best control scheme as you constantly have to reposition the map in order to see where you want to hit the ball. This often results in you accidentally moving the map to a position in which it is completely obscuring your view because the controls are so fiddly. 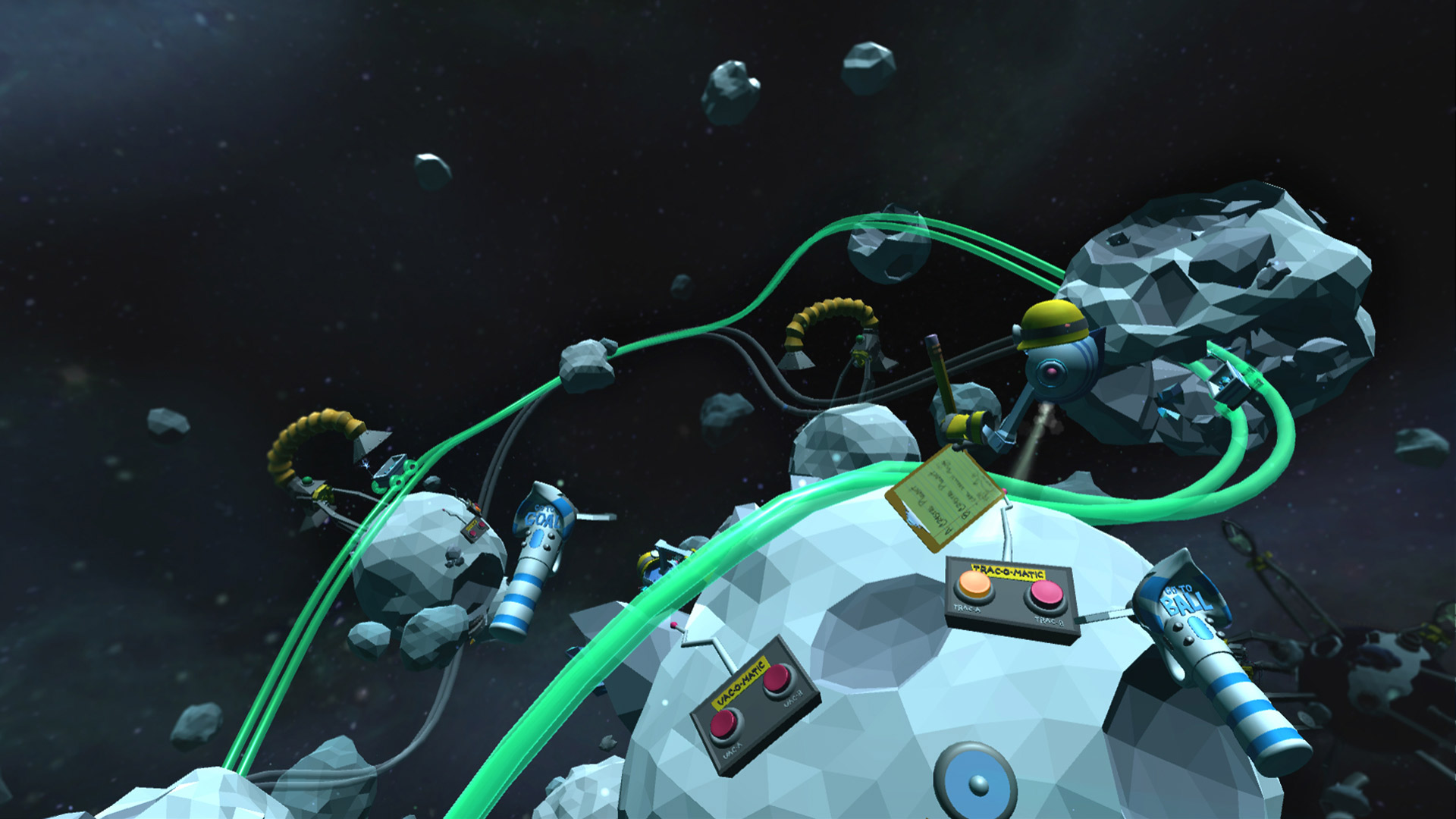 Moonshot Galaxy is nothing spectacular in terms of sound and visuals either with bland background music and bland looking courses. The entire space in virtual reality is just filled with a night sky of stars which is very dull to look at as there is no depth to it whatsoever. Whilst the courses themselves consist of a bunch of planets close together in front of you, in VR there’s nothing really spectacular about it.

The courses themselves are actually quite enjoyable, with a variety of obstacles to overcome, fans, tubes, water, moving platforms, etc. It’s quite satisfying getting through a course in its intended way. Although a lot of the courses have also been designed in a way that allows them to be completed in just one well-placed shot; however this is very rarely possible due to the irritatingly finicky controls. 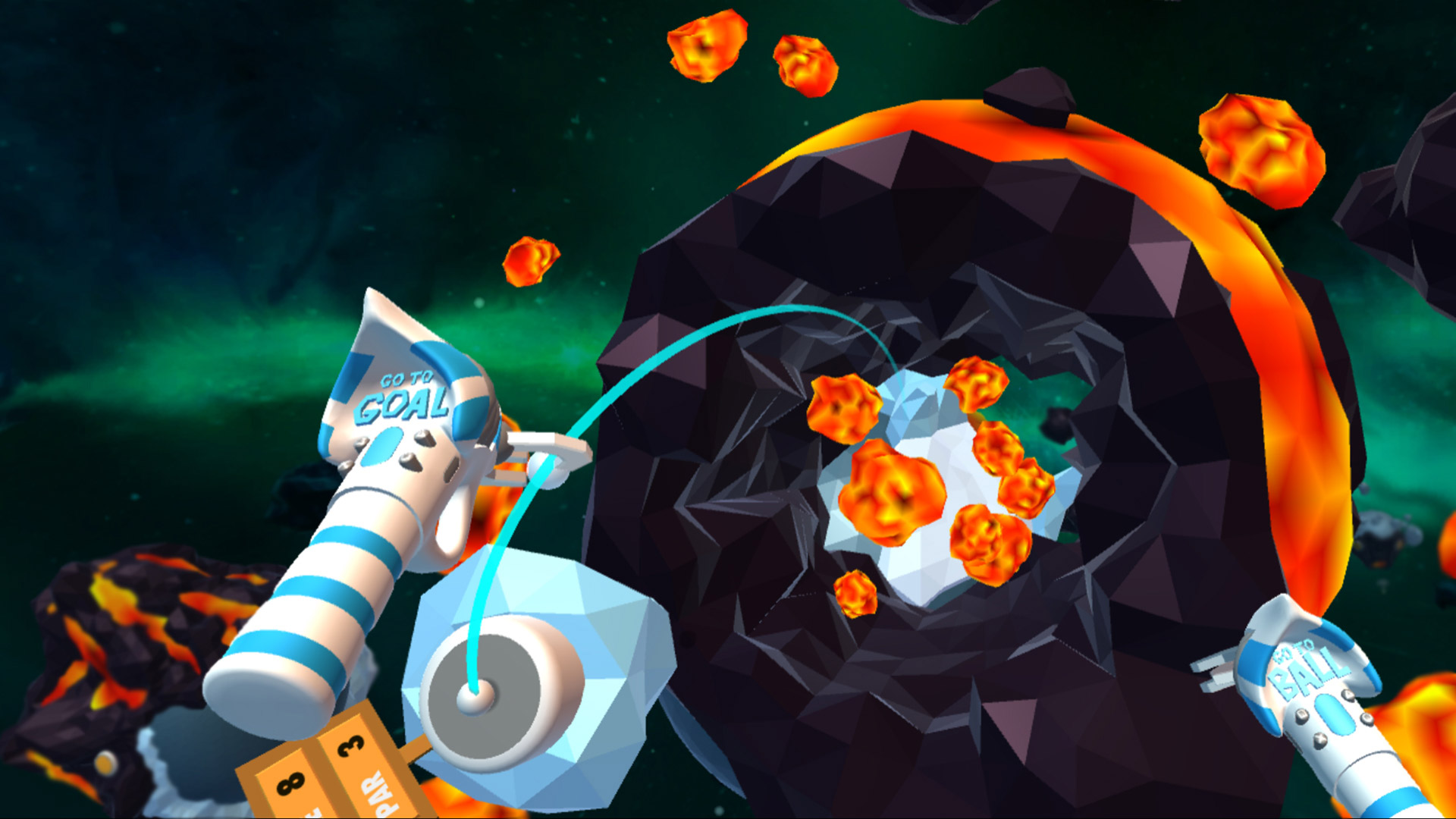 There aren’t too many levels to play through with a total of four nine-hole courses the game is over in less than an hour; leaving you with a desire for more. Of course there is the option to go back and replay the same stages to try to beat your scores or replay on a slightly harder difficulty but these options aren’t really appealing after playing through once. The courses aren’t exactly spectacular to look at and you aren’t able to play against a friend so unless you are a huge high score chaser or a perfectionist you are unlikely to return for more.

Moonshot Galaxy is a basic virtual reality golf game at best, with fiddly controls that make it near impossible to pull off precise shots, a lack of any multiplayer functionality and less than an hour’s worth of content. There are much better virtual reality games that you can put your time into; we’d suggest you leave Moonshot Galaxy to sink into a black hole.