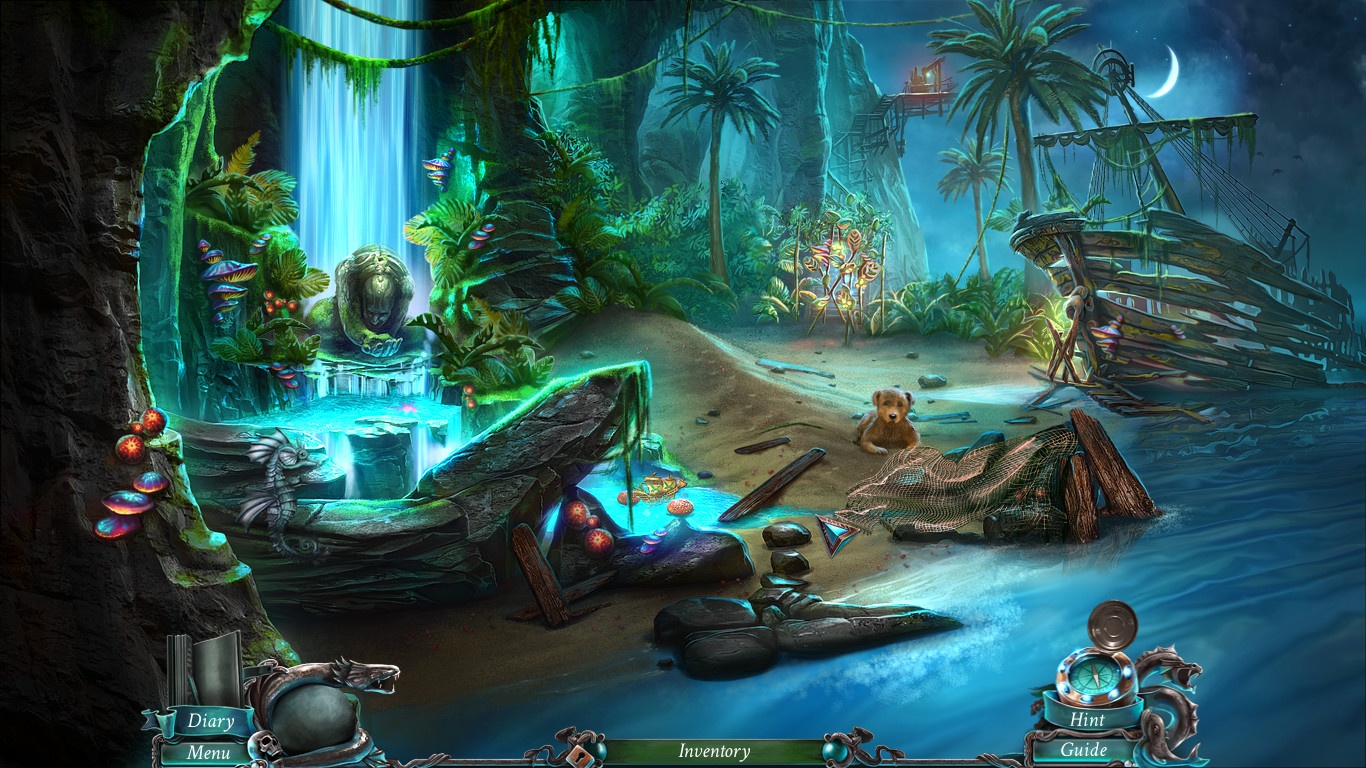 You play as Sarah Black once again in Nightmares from the Deep 3: Davy Jones. After discovering mysterious notes confirming the Davy Jones legend, you call a press conference to inform the world that Davy Jones and his hidden treasure is real. Unfortunately Davy Jones wants to stay anonymous and proceeds to break into your museum to kidnap you and your daughter Cory. Now you’re stuck in the brig and have to find a way out before you succumb to Davy Jones and his pirate followers. 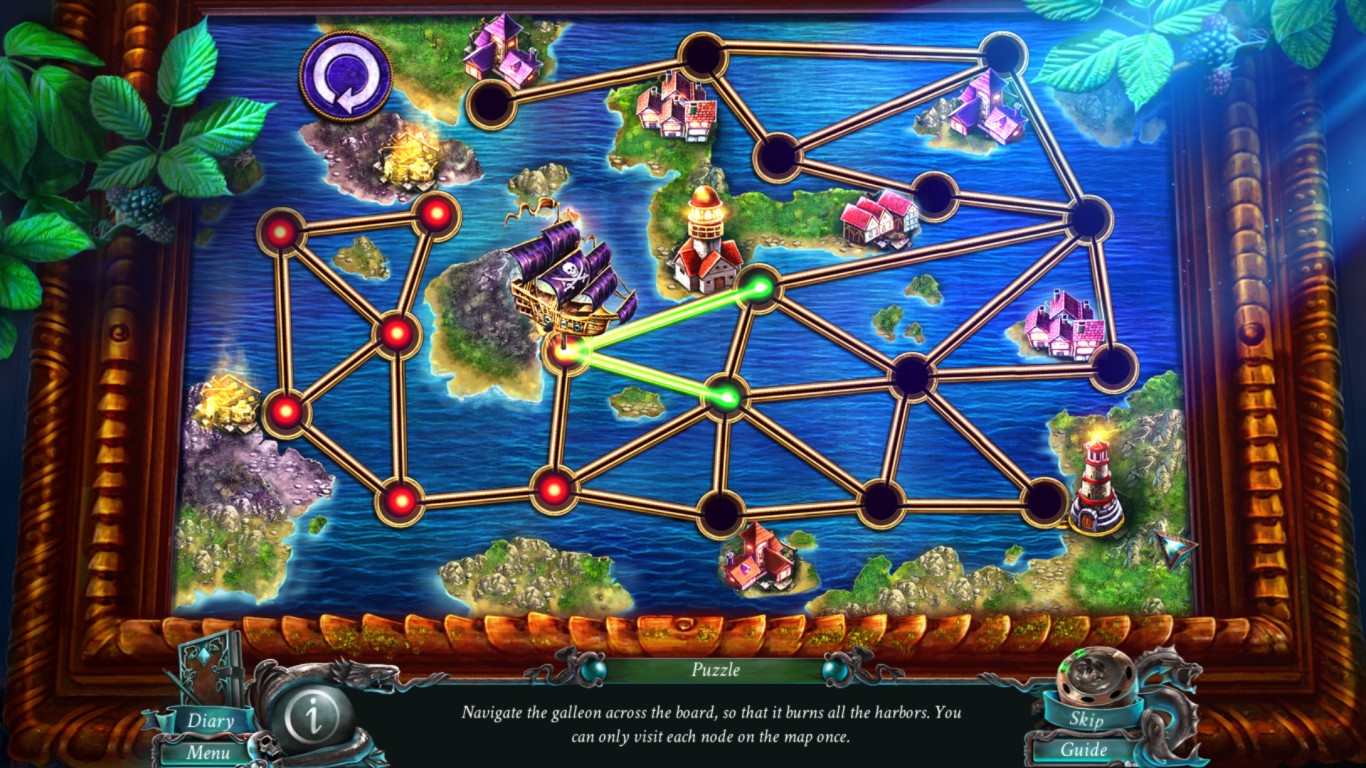 As Artifex Mundi release one title after another they make slight changes to the structure. For example, other releases have contained multiple options like a Telltale game, different collectibles, cooking up spells and utilising various ways of completing a puzzle like playing Mahjong. In the case of Nightmares from the Deep 3: Davy Jones, playing a game of Mahjong is the alternative to completing a puzzle/hidden object scene. In case you have not played any hidden object titles, they play like point and click adventures. You navigate between beautifully drawn scenes and areas of interest by clicking. The hidden object puzzles are a case of finding the items on screen that are described at the bottom of the screen. 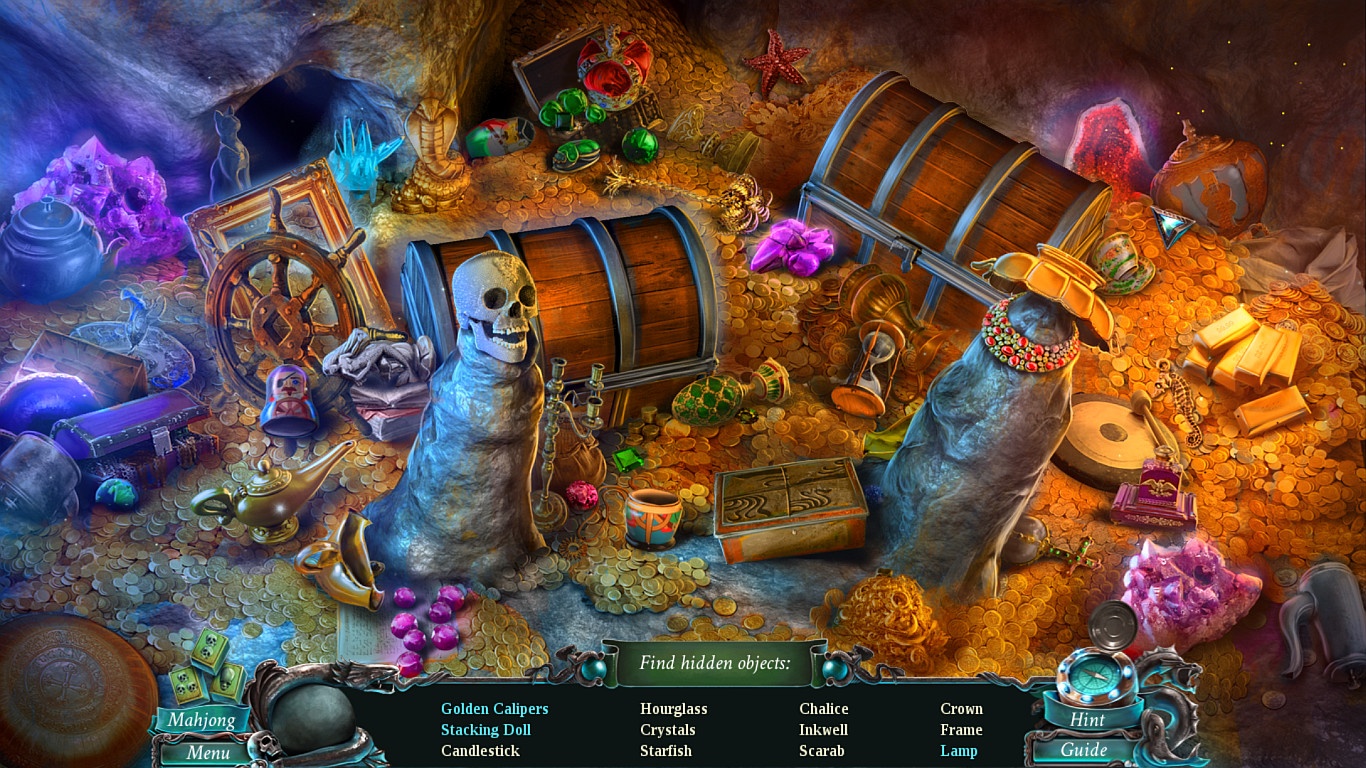 A major improvement has been the voice acting, it’s still not great but it’s much better than the below average wooden dialogue that you would normally experience in this kind of game. Secondly the transitions between cutscenes and main gameplay are a lot smoother, in previous titles there would be a big drop in quality when a cutscene played, in Nightmares from the Deep 3: Davy Jones the graphics are noticeable improved. The puzzles themselves are not that challenging but they rarely are but if you are stuck you can skip them.