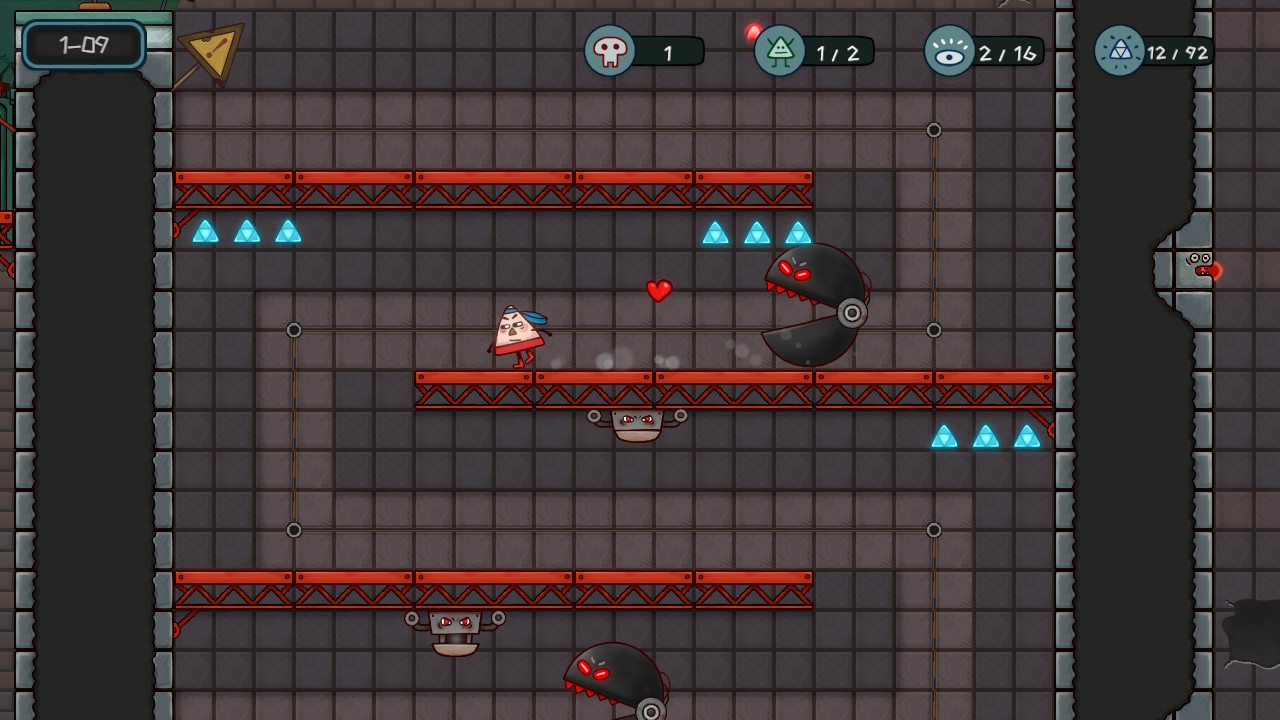 Little Triangle is such a surprising little package. On the surface it looks like a stylistic and true to form platformer but at it’s core it’s something much, much more.

I’ll be totally honest, I had low expectations from about two minutes into my Little Triangle experience because it was still loading the start menu. As we know, not a great sign. That feeling of instant worry was set aside almost immediately after as I dove right into the first level – of which there are plenty. I was met with a strange and almost unnerving cut scene which I imagined would set the scene, the tone and explain what it was that I was aiming to do within the game. Does it set the scene? Sure. Does it give me the tone I should expect? Absolutely. Do I know what’s going on? Not at all. 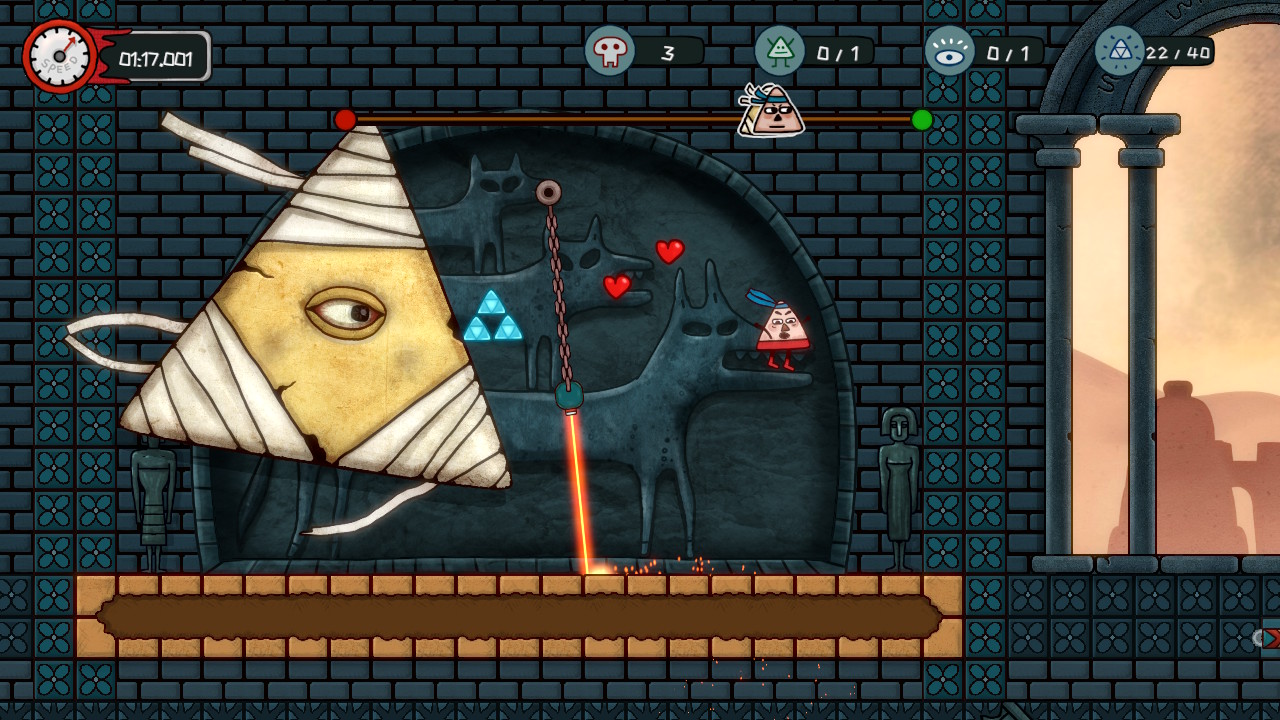 And that’s not to say that this is inherently a problem. Quite the opposite actually, most of my enjoyment whilst I played through this gem of a mind f**k came from laughing as something weird happened or as I saw something that seemed vaguely racist and uttering to myself “what is happening?”. It’s one of those titles that you don’t really expect to stick with you once you’ve put down the joy-cons. That’s untrue. I still have the tune that plays as you adventure through these brilliantly designed levels stuck in my head and every time I look over to my desk and see my Switch on it’s dock I think about what weird and disturbing sights are waiting within this game if only I dare to turn the Switch back on.

I have to commend the artwork in Little Triangle more than anything though. It’s such a grimy style and even though the palette seems dim and depressing the developers somehow found a way to make everything pop. The animation compliments the dark and disturbing undertones that the game offers. Just to give you a small taste as to what I mean – and I’m almost positive that this doesn’t count as a spoiler because I do not know what is going on. Early in the game I stumbled upon one of the games many hidden areas and inside I found a mass grave of the little animated characters that occupy this world, they laid in a heap and their ghosts surrounded the area. I couldn’t quite believe what I was seeing but when I did start to wrap my head around the fact that I wasn’t playing a new Outlast game I realised that if it wasn’t for the unique art style, this wouldn’t have worked. It wouldn’t have had the effect on me that it did. 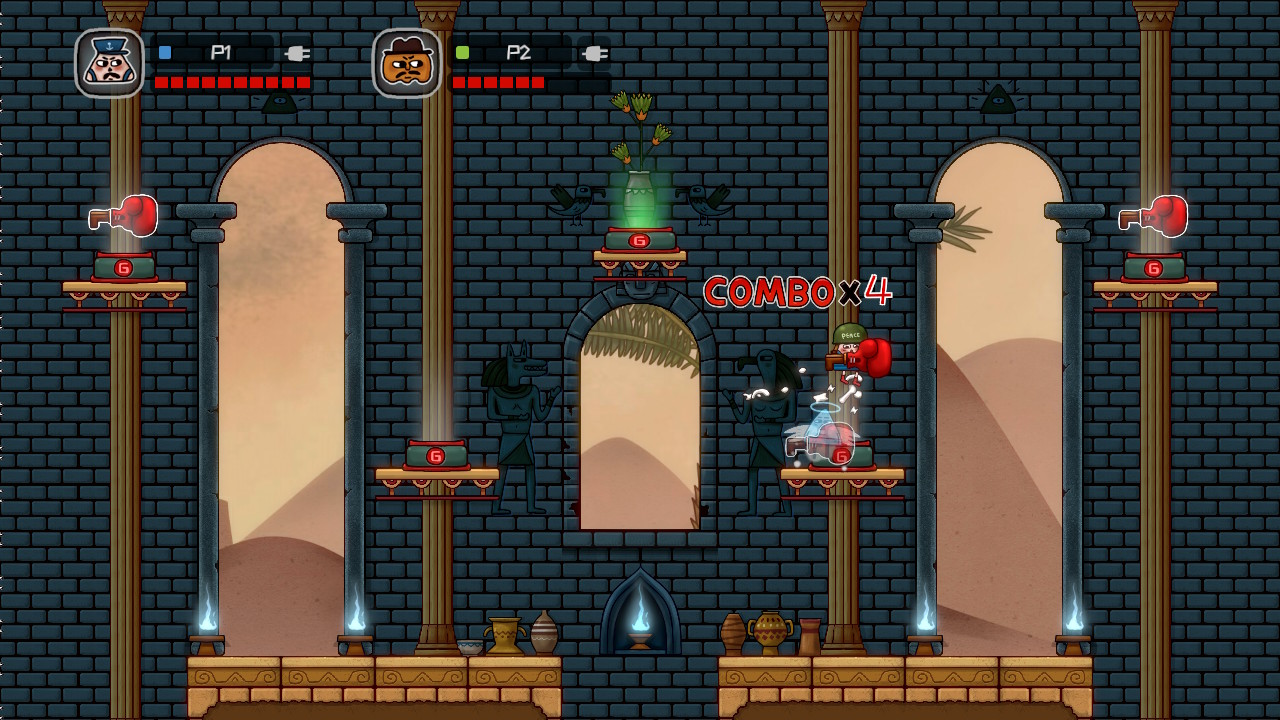 From an accessibility standpoint the game stands up too, the controls are easy to get your head around and don’t stray too much from what you’d expect from your everyday platformer. I dare say anyone who considers them a casual gamer could enjoy this as much as anyone else. It’s a beautiful way to pass a few hours. For me one of the greatest feats of Little Triangle is it’s level design. Each one seems so thoughtfully crafted and has it’s challenges. They get progressively harder at a nice rate, it doesn’t take it from 0-100 too quickly, it gives you time to learn how you need to traverse this world. A platformer that makes me consider my movements before making them is a smart one in my book, and Little Triangle really manages that.

I guarantee that if you have a strange sense of humour and like the weird and wonderful side of video games then you will enjoy Little Triangle immensely. It’s a gem that I will be keeping loaded on my Switch for the foreseeable future, without a doubt.