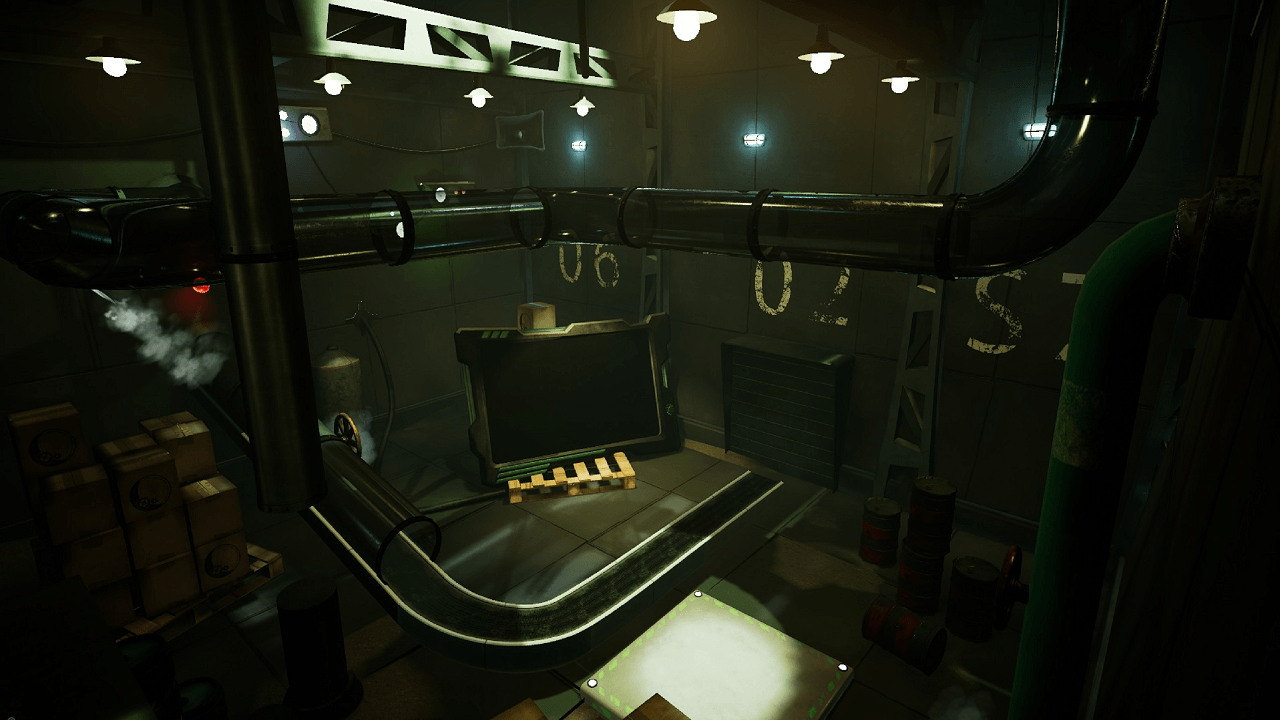 We are now three months into 2018, and it seems like the VR market is still struggling to establish itself. As and that’s because the vast majority of titles for PlayStation VR, HTC VIVE, and Oculus Rift, has very little to offer. As for the most part, VR games, in most cases are nothing more than MINI games with a VR twist. However, maybe it’s for the better that the VR market is governed by its own laws, as the lack of the AAA push within this particular portion of the gaming industry, allows for creation of titles which would otherwise never come to fruition.

Big budget titles such as Resident Evil 7 and Inpatient, are still the main selling points of PlayStation VR. However, those two are nothing more than a blip on the radar, as the VR market, on PlayStation in particular is led by smaller, much more arcade titles in nature. Titles such as Cubeworks, which was released on Sony’s platform just last month.

Cubeworks, as described by TinMoon Studios, the developer behind the title, is not just a puzzle game, but also a strategy game, as it revolves around 360 degree puzzles, which are all about precision, and spatial awareness. And at times, you need to spend at good while preparing for the stage, as every mistake can result in a strike, and once you reach three strikes, you are out.

The basic premise, and mechanics behind Cubeworks, are fairly simple. You stand in front a conveyor belt, or belts, and assemble matching cubes as they are rolling down the belt. However, as you may have already guessed, not two cubes are the same, meaning that you won’t be able to use all the cubes as they go. But at the same time, you can’t just let them flow down the belt forever, as with time they will reach the end of their journey, and if such event comes to occur during your playthrough, you will be given a strike. 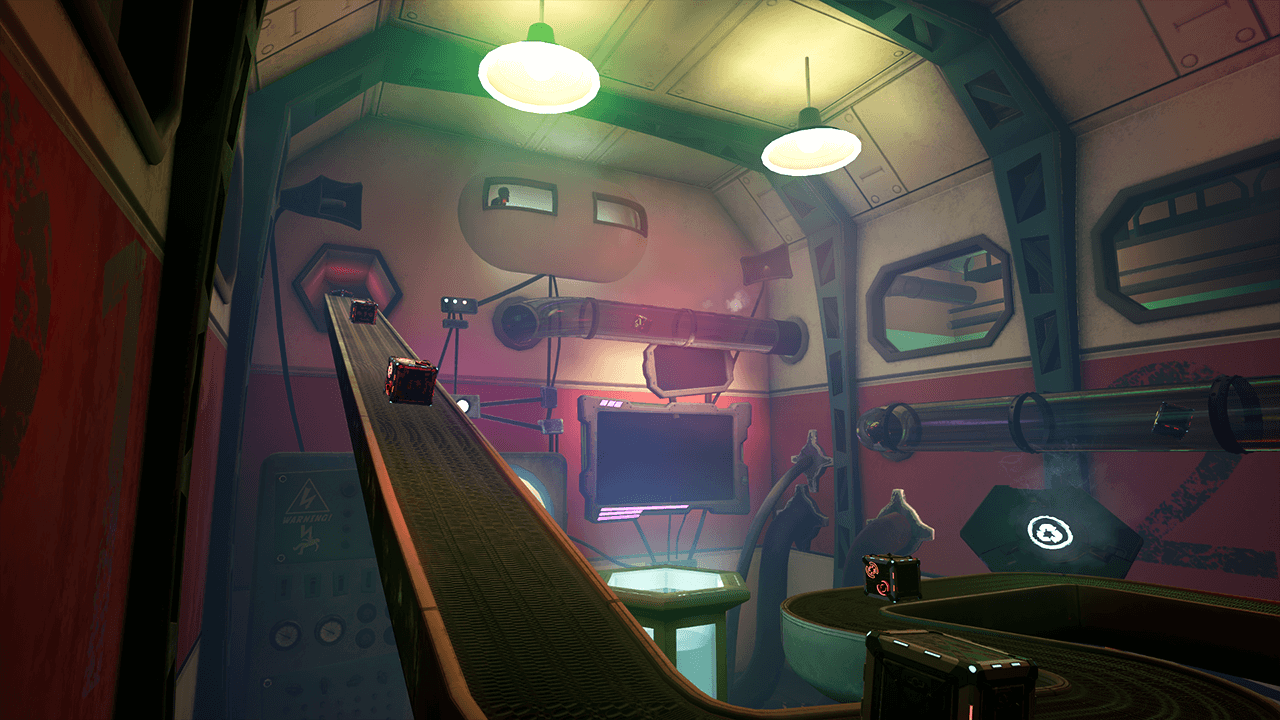 At the beginning, when one is still not accustomed to title’s controls, he/she may struggle with the title’s frantic pace, and an avalanche of numerous mechanics, which only add more difficulty to the title’s core gameplay. However, once one gets a grip on the title’s coupling mechanic, and the crafting and repair systems, then he/she will finally be able to enjoy Cubeworks the way the developer has intended it to be enjoyed.

Granted, many like to enjoy the games which they have paid their hard-earned money for, at their own pace and leisure. And most are likely going to be disappointed by the title’s archaic and stiff level design, which is constantly forcing the player to get in line, and simply live with it. And while the challenge which is presented to the player is all well and good, they way in which it is dressed, not so much. As at times, one can feel like he is forced to play for the sake of continuity, rather than pleasure.

The premise of VR, as a whole, is to allow the players to step out of the proverbial box and experience the world of videogames in a brand-new dimension. However, it feels like TinMoon, the team behind Cubeworks, didn’t get the memo. As their puzzle strategy, as they call it, feels like a title which has been created within an iron box, which then has been welded closed, and finally weighed down with stones, and thrown into the ocean, never to be seen again. 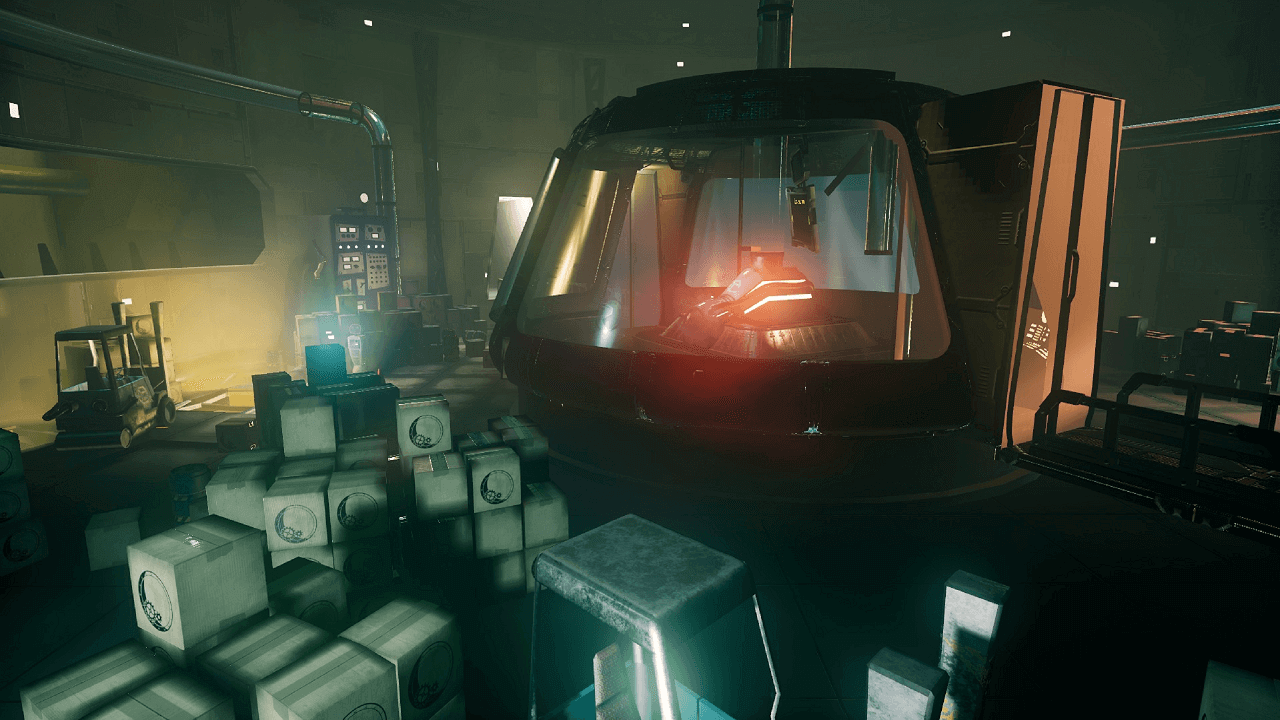 Cubeworks stiff and limiting nature, can have a negative impact on those who expected the title to be a second coming of Christ, but in VR. And the developer, TinMoon Studios has clearly made some attempts at adding some freedom to the game, in form of combinations, and cascading. But ultimately, those add even more unnecessary complications which only add further binds, which tie the player down. And this overwhelming feeling of helplessness, leads to boredom, which furthermore leads to disappointment.

TinMoon Studio’s Cubeworks, may be unique in the in which it combines its puzzles with the strategy. But in pursuit of fusion of both those genres, the studio has ultimately backed it self into a corner, and created a title which despite of its qualities, could be described as run of the mill, for the modern VR market. The first impression which Cubeworks leaves is beyond great, but just like most VR games, it quickly loses its charm and turns into chore-like slog, which ultimately turns into a soul draining bore. And if the developer behind the title stopped for a second, and concentrated on the core of the game, instead of additional mechanics, then maybe, just maybe, Cubeworks might have turnout out differently.

Not to prolong, all that has to be said about this particular title, is that it is just like all the people who feature on r/NiceGuys, r/NiceGirls, and r/IAmVerySmart. As it claims to be a mythical unicorn, which is not like all the other VR games. But once you get to know it better, it turns out to be just like all the other VR games, despite of all the bells and whistles which it may feature. And if you are in search of VR puzzle game, which will tide you over, until the release of the next VR puzzle game – then Cubeworks is definitely for you. But if you are searching for the next big thing, then you will be better off giving this particular title a pass.